We Would Give All We Have For Our Son, But We Don't Have The One Thing He Needs | Milaap
loans added to your basket
Total : 0
Pay Now

AK
You are sending a message to
Awesh Khan
Go back

We Would Give All We Have For Our Son, But We Don't Have The One Thing He Needs 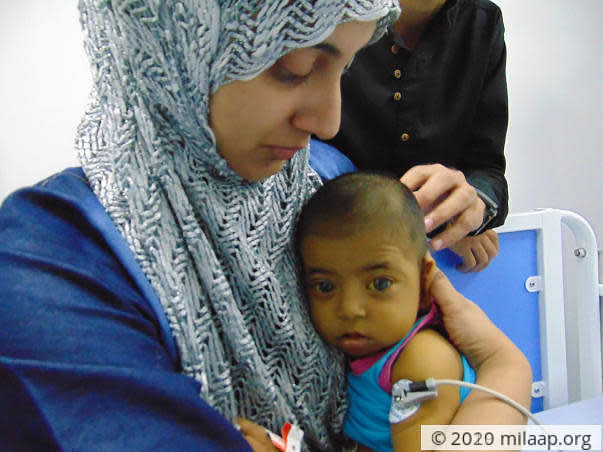 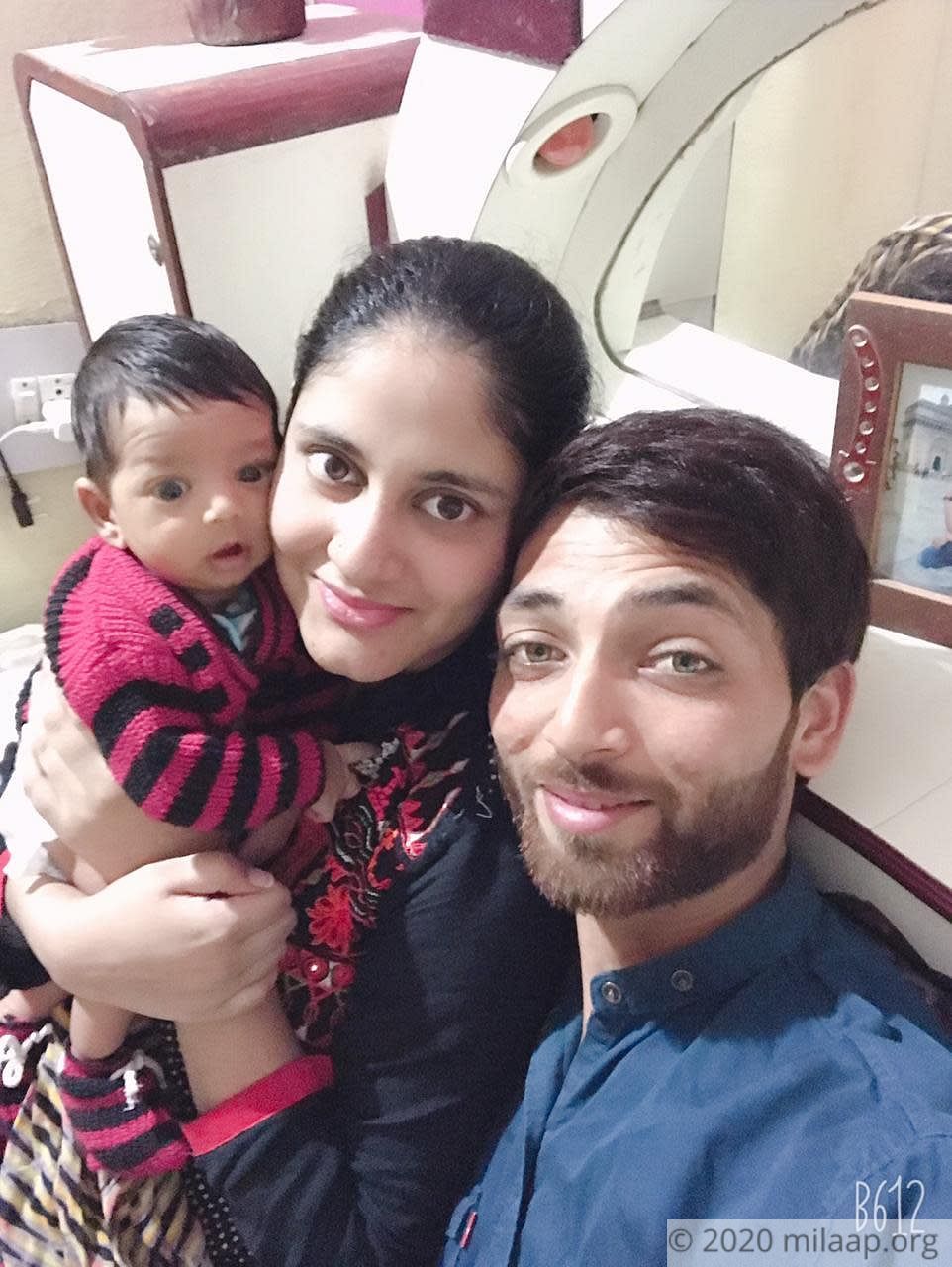 “I am very scared. But I know we can’t afford to sit back and sulk now. I fast, I pray and put a brave face, on most days. But on some days, I can’t stop the tears. I feel helpless. We just want our baby to be okay… Will he ever be?” – Foziya, mother.

Just days after he was born, baby Raafe got a severe jaundice

Months ago, Awesh and Foziya were blessed with baby Raafe and were in the middle of celebrations when Foziya noticed Raafe’s eyes were turning a pale yellow. She rushed him to the hospital, where he was diagnosed with jaundice. He was admitted in the hospital for almost a week.

“They said jaundice is a very common thing, and nothing to worry about. But just two days after his discharge, it came back. He got worse each day; his whole body grew yellow and his eyes got paler and paler.” – Foziya, mother.

No medication worked, his jaundice kept coming back

15 days after the second time, the jaundice came back yet again; and this time, it was painful for little Raafe. His head, face and ears itched continuously, his scalp became dry and scaly, and his parents did not understand what was happening. They rushed him to a different doctor in a desperate attempt to catch Raafe’s sickness.

“Tests, biopsy, sonography. We put Raafe through all of it, and we found out that he was suffering from a liver disease. He has been in so much pain ever since, but he never sulks. He still attempts to play despite it all, and it kills us!” – Awesh, father.

Baby Raafe is in unbearable pain, only a liver transplant can save him now

Raafe is suffering from biliary atresia – a disease of the liver where the bile is trapped within the organ, causing damage. He has already undergone a Kasai surgery – a procedure that would help direct the liver’s secretion directly to the stomach, to make-up for the absence of the gall bladder. But despite his surgery, there seems to be no improvement.

“He screams so loudly from the pain sometimes that we shudder. He’s only 6 months, and there’s no way he can ever tell us what he’s going through. He’s fighting the disease all alone, and all we can do is watch him suffer! The doctors have told us only a liver transplant can save him now.” – Foziya.

Awesh works in a private company for a monthly income of 10,000 rupees. Till now, whatever money he had saved up has all been spent on Raafe’s medication and Kasai procedure. The liver transplant will cost him 22 lakh rupees and he’s helpless.

“I am the donor and I am, not even a little bit worried about how it is going to affect me. Both Foziya and I would gladly give all we have, for my son. But the one thing his life depends on right now, we don't have. We don't have the funds! We’ve asked every friend and relative, and we are asking you as well, please help us save our son!” – Awesh.

At just 6 months, baby Raafe is in inexplicable pain. With your generous contribution, the parents will be able to rid him of his pain. You can help. 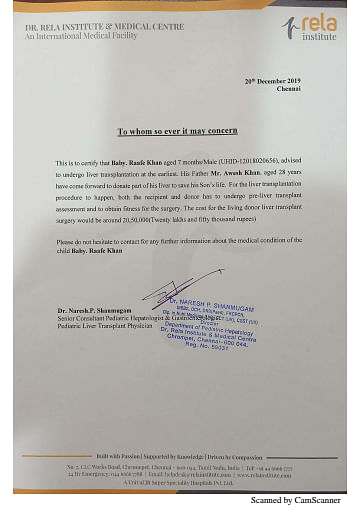 Click here to know more about Ar Raafe
Donate now
OR
Click here to read the instructions before you make a bank transfer.