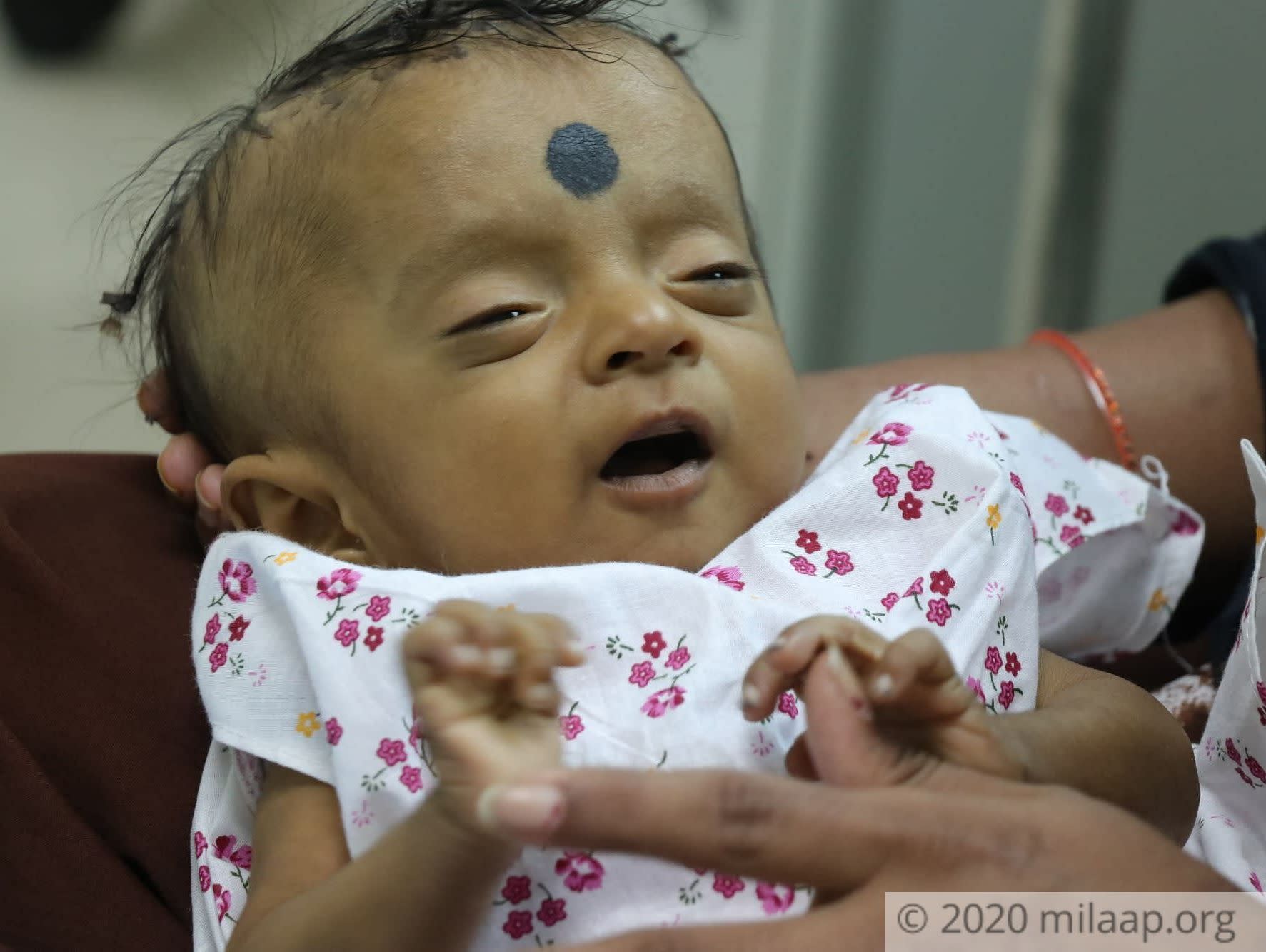 "The day we brought him home, we bought cake for the first time in years. It was expensive, but it was the happiest day in our lives. We even invited all the neighbors so they could come see him. But all that happiness lasted just a few weeks.
A rare disease is eating my son from the inside. He has become so frail and weak, he’s dying right in front of us! But we’re unable to save his life..."
— Piddappa, father 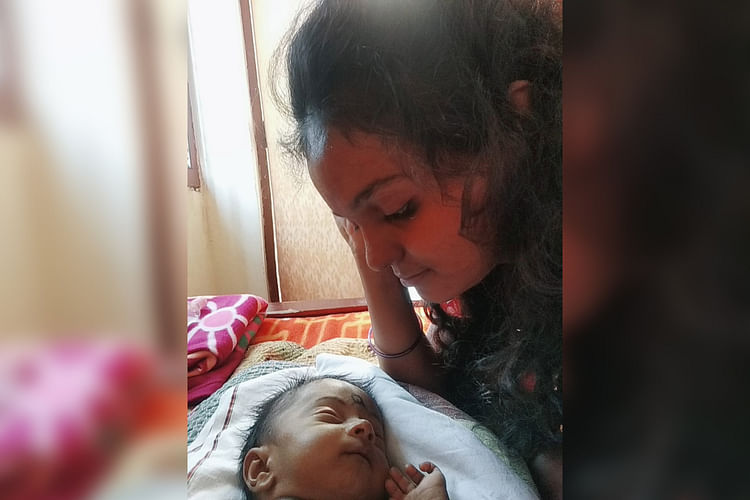 Baby Manu had seemed completely healthy at birth. He would smile at his parents, and try to reach for them every time he saw them. But then he grew increasingly weak, and one day his eyes turned yellow. The first-time parents didn’t want to risk anything and took him to a hospital in their village. They weren’t prepared for what they were about to find out.

“Doctors had us get him some expensive scans, and the results said... They said his liver is dying. That without a transplant, we could lose our son at any moment!” — Sunitha, mother 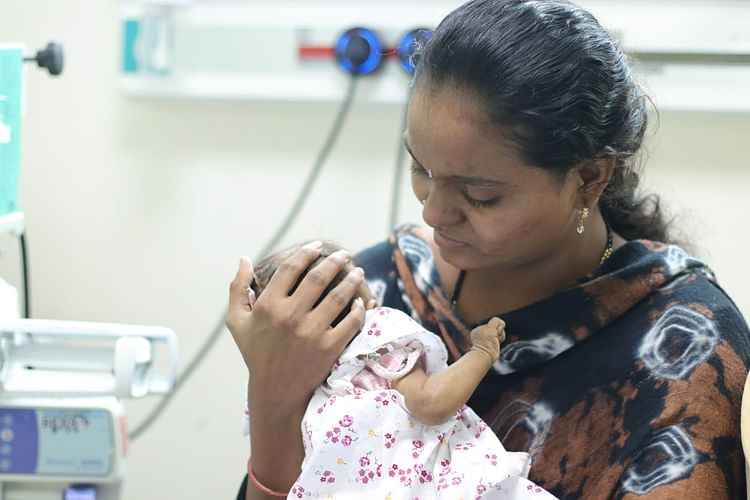 “I brought him here to Hyderabad right away, hoping for a treatment and praying for a miracle, while Piddappa stayed behind to try and arrange for money. But instead of good news we got more bad news! As soon as the doctors saw him they hospitalized him. His arms and legs started getting painfully weak, he couldn’t even feed anymore. He should be able to hold his head up by now but he can't do that either! A test revealed that he has some disease, and that all his internal organs are dying, not just the liver!” — Sunitha 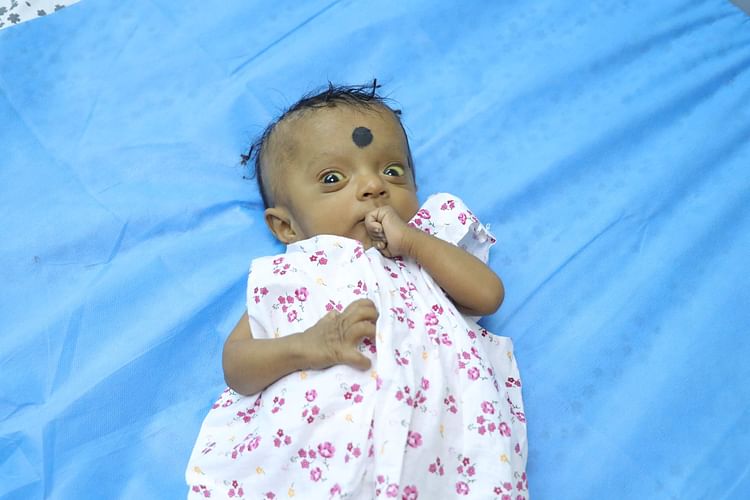 This baby has been shrinking instead of growing

Manu has been diagnosed with Arthrogryposis, Renal dysfunction and Cholestasis (ARC) Syndrome, a rare and dangerous genetic disorder. Less than 100 cases have been reported in the world. Over the past few months, as his parents ran from pillar to post trying to gather enough money for his treatment, little Manu has been getting steadily weaker. He barely feeds, and has been losing weight instead of growing. His body has shriveled so much he’s just a sack of bones now. Doctors have said the only way he can recover from this disease is if he gets an urgent liver transplant first; at the moment he’s too weak for the treatment. 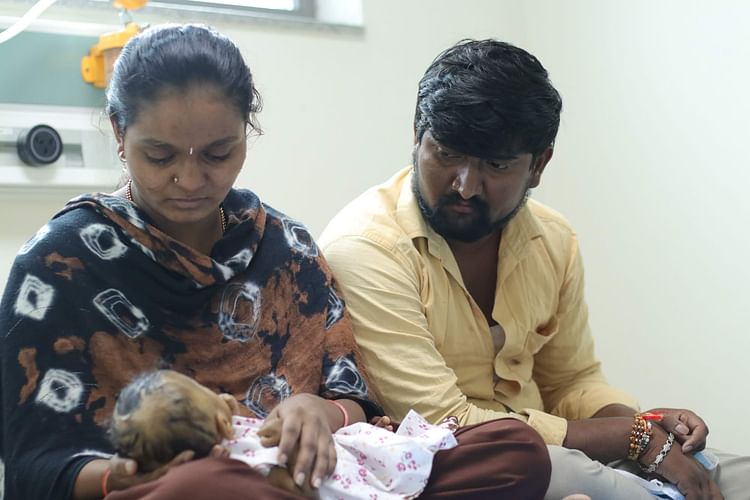 Piddappa can’t afford an 18-lakh surgery for his son

“I run a small shop at the edge of my village. In a good month, I earn just enough money to cover the monthly expenses. In the past few months, I’ve spent 2 lakhs instead just to keep Manu alive long enough until I can afford 18 lakhs all at once! But who am I kidding? How can I afford such an amount? Even the 2 lakhs was through loans. If I sell my shop, I'd get maybe 30-40 thousand, that's it. And I'd be killing the rest of my family with hunger. You’re our only hope now. Please, save our son!” — Piddappa

This family is desperate. You’re Manu’s only chance at survival. Click here to donate and save his life.
BO
Patient Baby of Sunitha is 5 months old, living in Chennai, Tamil Nadu
RC
Being treated in RAINBOW CHILDREN HOSPITAL, Hyderabad, Telangana