This Father Is Struggling To Save His 20-Day-Old Baby From Severe Gangrene | Milaap
loans added to your basket
Total : 0
Pay Now

DR
You are sending a message to
Dileep Reddy
Go back 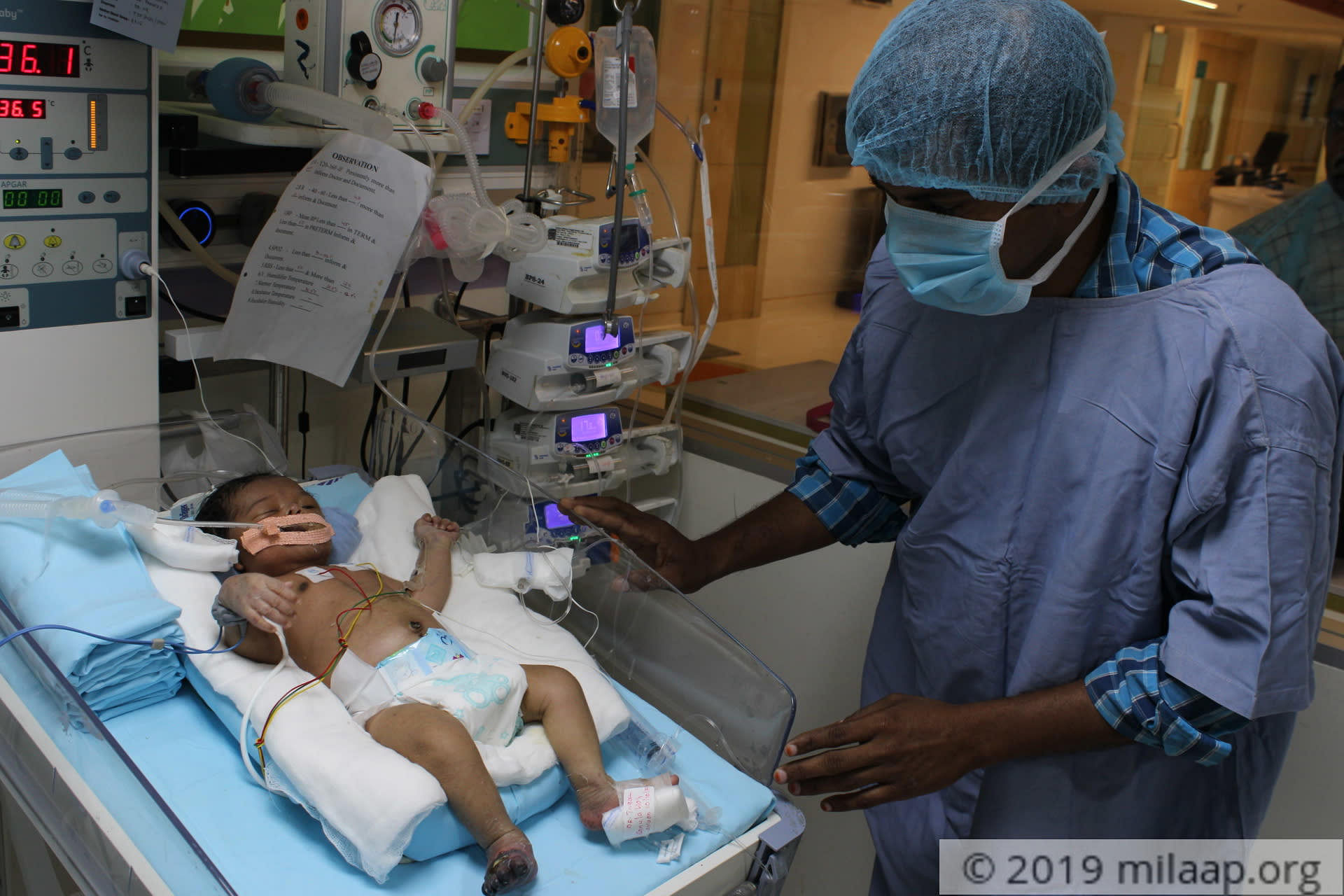 Share on facebook
After waiting six years for a child, Dileep and Srilatha had a baby boy on September 26. But their happiness was marred when they heard that the baby had breathed in fecal matter in the womb. Soon after birth, he developed a deadly lung congestion that has affected his heart and caused a severe gangrene in his right leg. Instead of celebrating the birth of their child, they have spent the last few weeks wrought with sorrow and anxiety.


“It has been 20 days since he was born. We haven’t been able to take him home yet. We don’t even have the energy to give him a name – he is just ‘Baby of Srilatha’. Srilatha is at home recovering from the C-section. She keeps crying – which is really bad for her right now. I feel sad too, but I need to take care of both her and the baby.” – Dileep, baby’s father

Dileep has already borrowed heavily to make sure his baby gets the intensive care he needs. He has spent close to Rs 9 lakhs on treatment already and it has only been possible because his friends and family generously lent him money. With only what he earns, is it is impossible for him to fund further treatment.

“The doctors say the important thing is to help him fight the infection. Once that gets better and his breathing is normal, the gangrene in his leg can be treated. Because he is a small baby, it is difficult to predict how much time it’ll take. I want to save him, but I don’t know what else can be done.” – Dileep

The baby has been in the neonatal intensive care unit taking medications for his illness since birth. He needs breathing support and is fed his mother’s milk through a tube. So far, he has not been able to breathe independently without ventilator support. Till he can do that, he is not out of danger because his body won’t get enough oxygen.


His parents are both praying night and day for him to recover and come home. They have been waiting years for a child to complete their family and are doing the best they can to save him. With a little help this baby can get better and go home to his parents.

Contribute to help these parents save their newborn son. 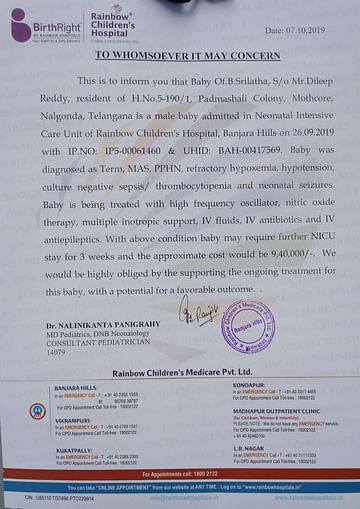 Click here to know more about Baby of Srilatha
Donate now
OR
Click here to read the instructions before you make a bank transfer.

Be positive Everything goes well

Pray to God that your son recovers soon!!

Be positive Everything goes well

Pray to God that your son recovers soon!!

Insha Allah will recover soon with Peace and Love. Wish for speedy recovery