A Deadly Heart Disease Has Separated This Mother From Her | Milaap 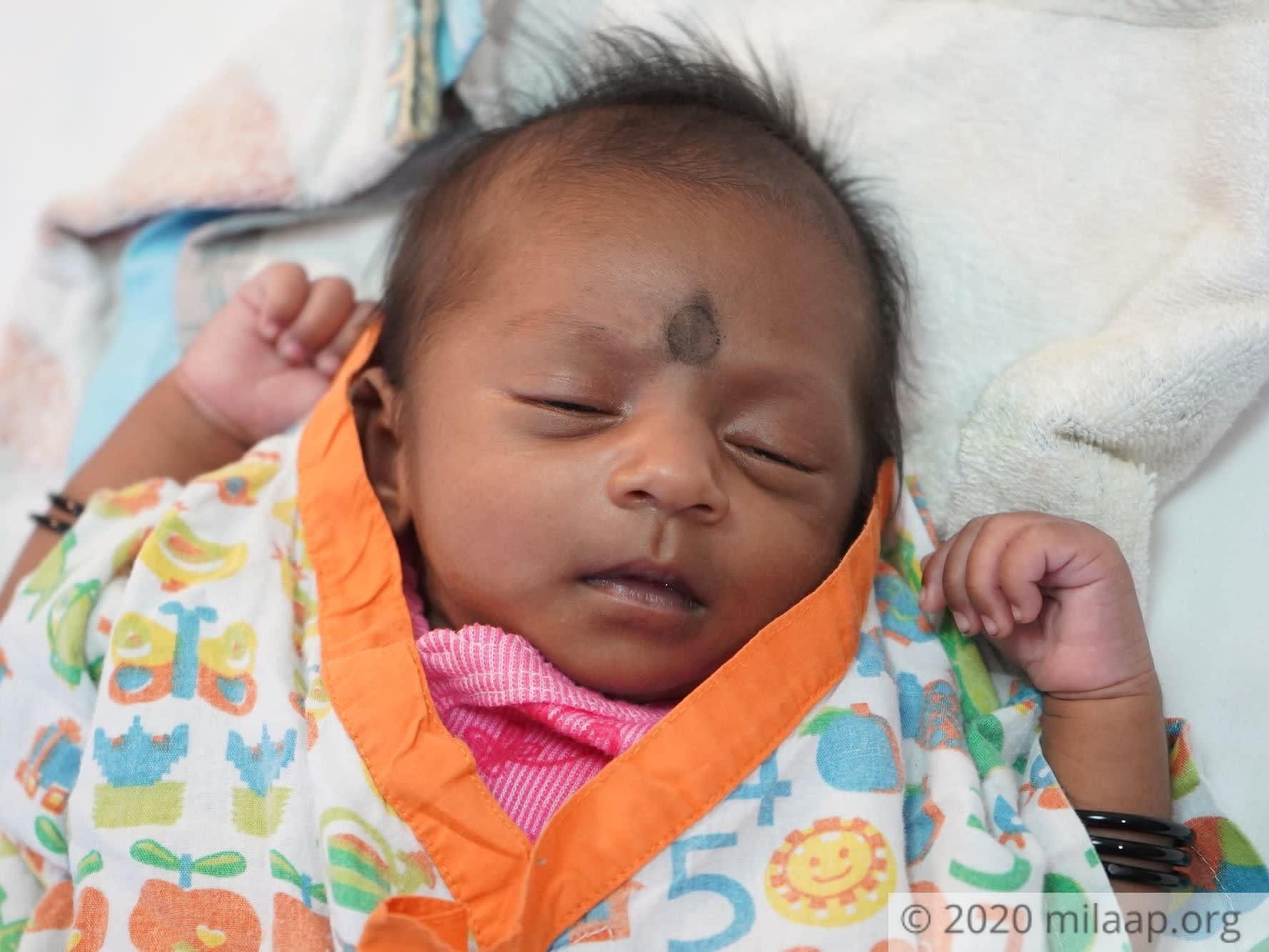 Share
Shobana is currently living every mother’s nightmare of having to stay away from her new-born baby.  Still recovering from her surgery, she heads out every morning to the hospital over 28km away. The distance is nothing to her, as her baby is admitted there, struggling for life. She aches to carry him home, to feed him, to shower him with all her love. But all she can do now is watch him struggle to even drink milk; it has to go in through the tubes pinned to him. 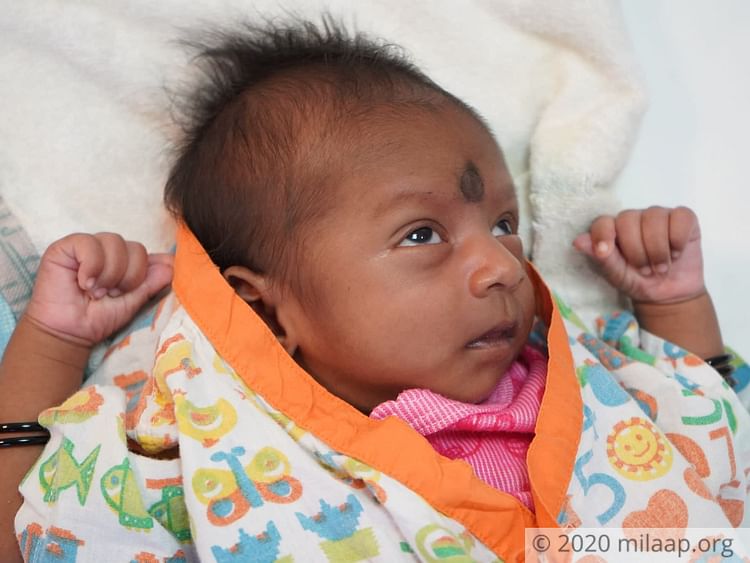 “When I was pregnant, my scans were perfect and the baby, very healthy. I gave birth to a baby boy, and I couldn’t take my eyes off him! I would refuse to put him down even when he slept. But just a week later, he began vomiting the milk he drank. When we rushed him to the hospital, they told us of the deadly disease our baby boy was fighting. He was admitted in the hospital… far away from home. Far away from me…!” – Shobana, mother. 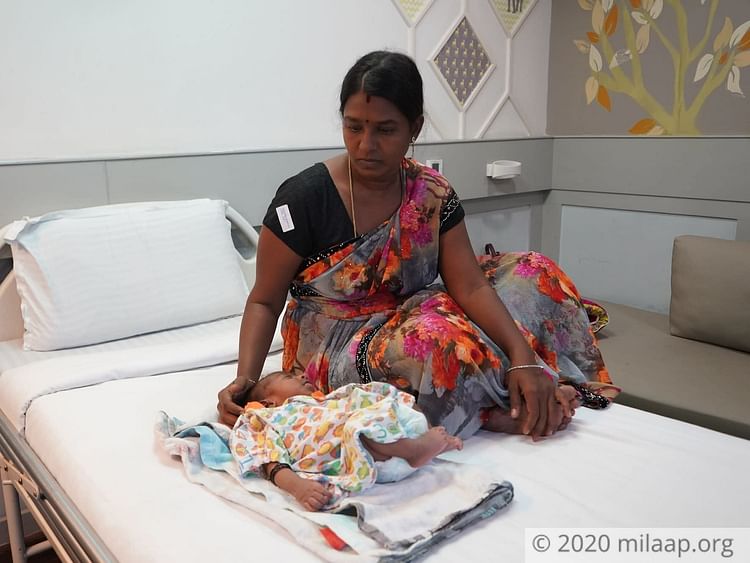 With a hole in his heart, the baby has already battled with death once

Scans revealed that the baby suffered from a serious cardiac disease. He had a hole in his heart, and needed an immediate surgery to survive. The family was devastated.

“Just a week old, he was admitted in the ICU. There were needles and tubes pinned to him. He struggled to eat, he struggled to breathe. I did not understand how an infant could fight this on his own. A week later, he underwent an open-heart surgery, for that was the only thing that could save his life. He survived the battle. But he was in pain… He was just a few days old!” – Mohanraj, father. 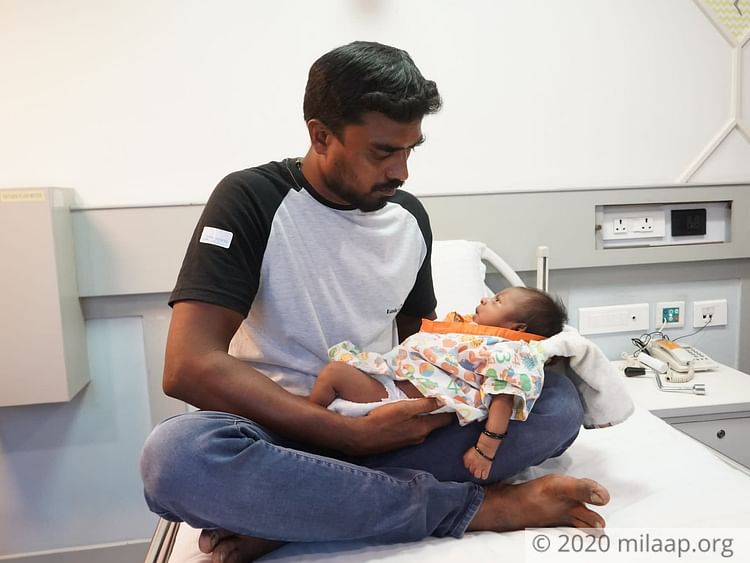 Unable to afford hospital stay, the parents travel back and forth everyday

Living over 28km away from the hospital, the parents travel every morning to see their baby boy. But owing to the pandemic, Shobana got no more than a few minutes with the baby.

“We lost our appetite the day they told us of our baby’s disease. We’ve not eaten properly since! The minute we get back home, we ache to see him again. We spend every minute dreading a phone call that might give us unfortunate news! So I hate coming home. At the hospital, I'd see him suffer, cry in silence, and wish everyday that I could carry him back home!” – Shobana. 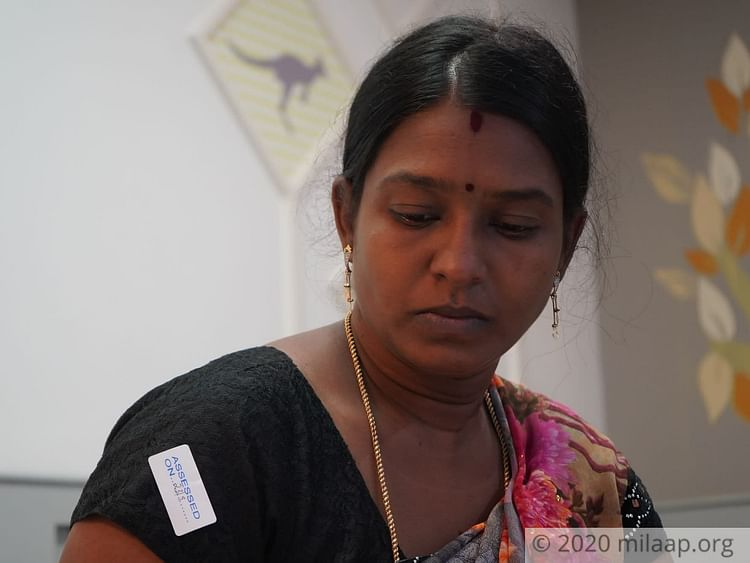 With a prolonged treatment, the baby has a good chance of survival

Mohanraj is an ambulance driver living in a rented house with an income of only 14,000 rupees a month. The cost of the surgery and the treatment comes to 5 lakh rupees, which he’s struggling to pay. 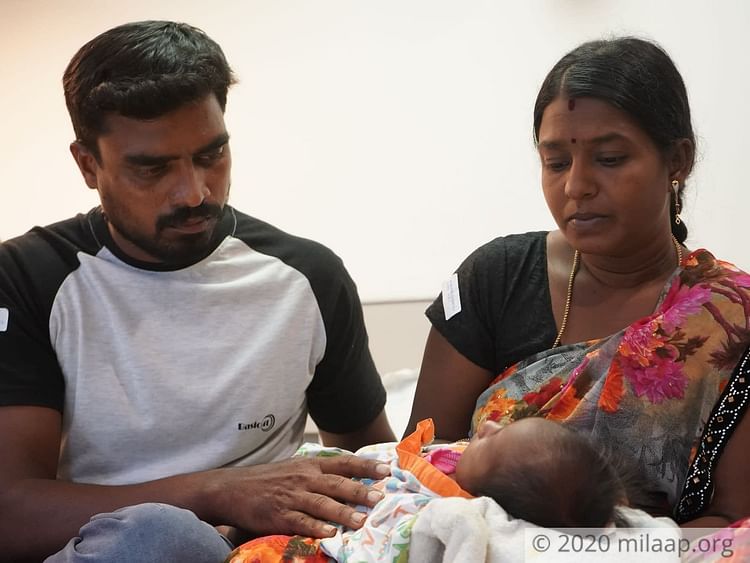 “Our wait is not yet over, our son needs a prolonged treatment before he’s taken home! He still has needles and tubes pinned to him. We can’t deal with the separation any longer. My wife is in pain, and yet she travels every day! Please help us save him, and take him back home!” – Mohanraj.