This Baby's Lungs Are Bleeding, Without Urgent Treatment He Might Not Make It | Milaap
loans added to your basket
Total : 0
Pay Now

This Baby's Lungs Are Bleeding, Without Urgent Treatment He Might Not Make It 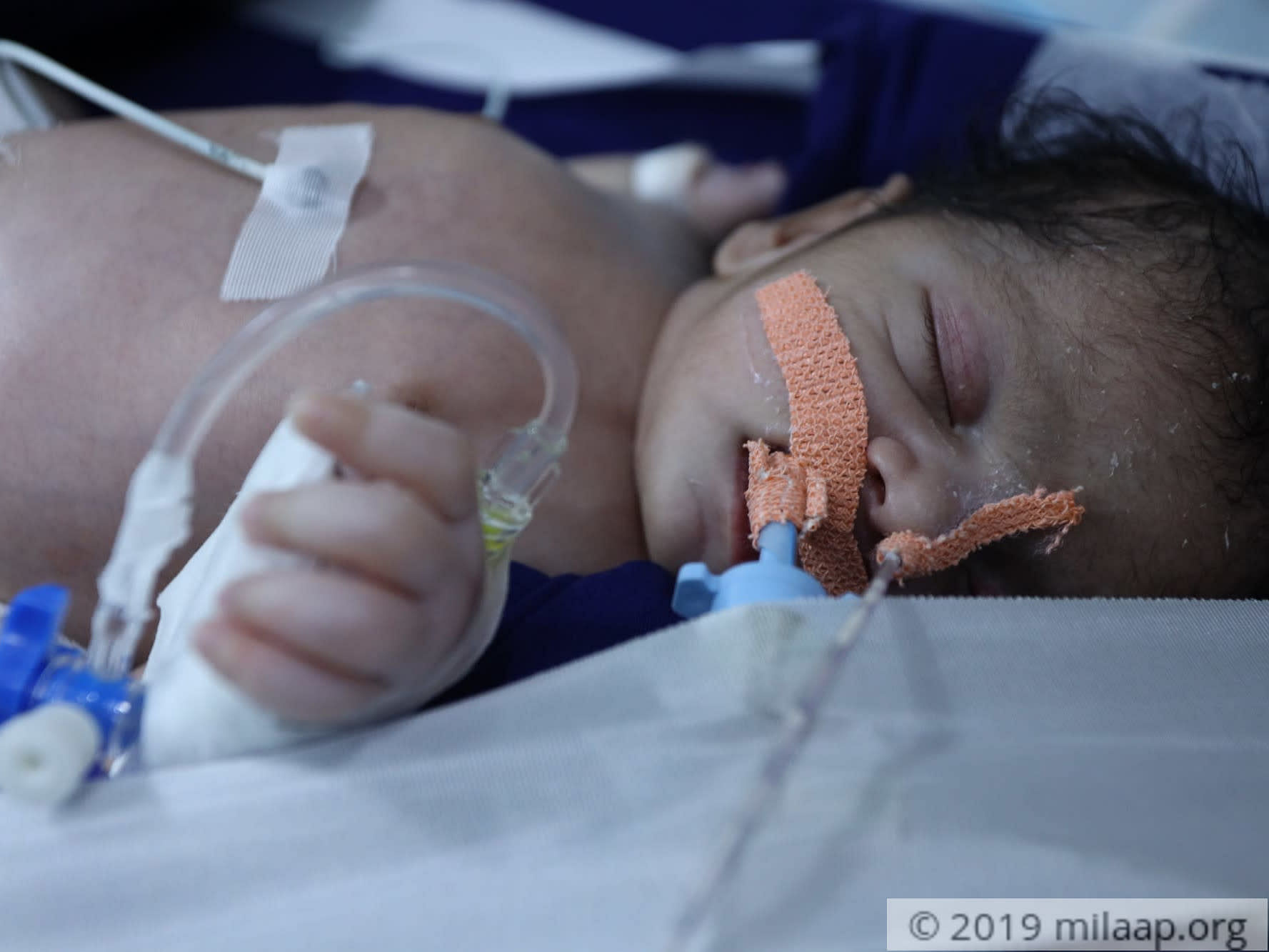 Share on facebook
“As I was wheeled out into the corridor 3 days after my c-section, the smile on my face slowly melted away… My husband, my in-laws, my mother, they were all waiting outside with expressions ranging from grief to sympathy. But my baby wasn't with them. The thought popped into my head even though I didn’t want it to… had my child died?”
– Ruksar Begum, mother

Ruksar learned that little Arham was alive… but only barely

Ruksar and Ansar’s first child, Arham, had a normal birth after a normal pregnancy. But doctors were quick to discover that despite outward appearances, all was not well with Arham. The poor baby was gasping for air from the moment he was brought into this world. They had to move him to the NICU for tests and respiratory support immediately.

“Soon after the delivery, the doctors came and found me, and said… they told me that my son’s lungs were severely bleeding, and that he might not survive without urgent treatment. My mind just… went blank. How does one react to that? I didn’t know what to say, or even think at first. Then I just wondered ‘How am I going to afford this? Will I be able to save my son’s life…?’”
– Ansar, father

The fluid in a mother’s womb is the what gives all babies life. But sometimes babies accidentally swallow it, and when they try coughing it out they can end up swallowing even more. This liquid, if it gets into the baby’s lungs, is extremely dangerous. This is what happened to poor Arham. His tiny and barely-developed lungs were overwhelmed by the amount of fluid that he ended up swallowing, resulting in severe internal bleeding.

Little Arham doesn’t have much time left, and his parents know it

Ansar is a private employee, and Ruksar a housewife. As their first son, Arham was supposed to mark the beginning of the most special journey in their lives. But now, he’s fighting for his life in the hospital, needing 24x7 medical care and ventilator support. After spending all their savings on Ruksar’s emergency c-section and 3 days of care, these parents have nothing left. They’ve already taken loans to cover some of Arham’s expenses, but they need 5 lakhs more.

In this time of great distress, you are their only hope. Please donate, and help save baby Arham’s life. 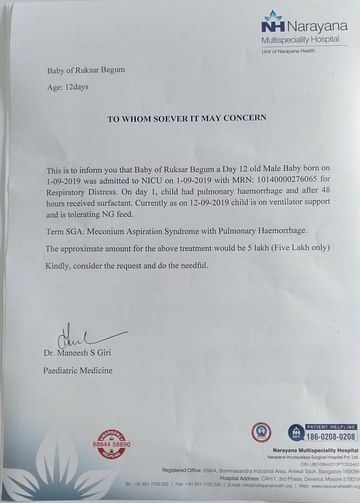 Click here to know more about Baby of Ruksar
Donate now
OR
Click here to read the instructions before you make a bank transfer.

Supporters
P
PAWANDEEPKAUR Rs.8,500
A
Anonymous $100
179 others have contributed
Click here to know more about Baby of Ruksar

I hope the baby recovers. Our blessings are with you.