She Already Lost Two Children... She'll Lose The Third One Too, Without Your Help | Milaap

She Already Lost Two Children... She'll Lose The Third One Too, Without Your Help 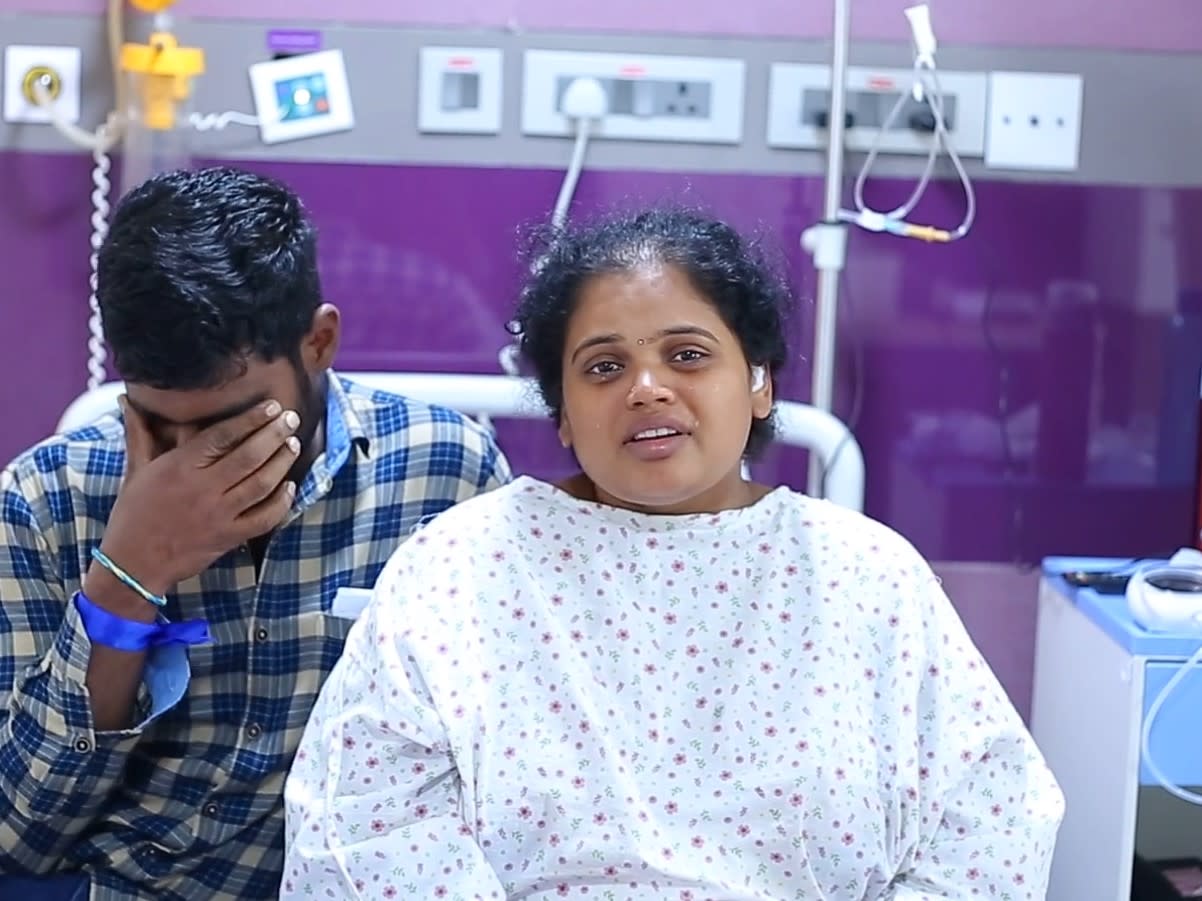 "I've already lost two children before, and both times it was... it was the most painful thing to have ever happened to us. People may think it gets easier but it just does not. You don’t get used to the pain. You don’t get used to that feeling of... Each time it happened, it’s like I lost a part of myself that I’ll never get back.
If I lose this baby now... I don’t know what I’ll do." — Nirmala 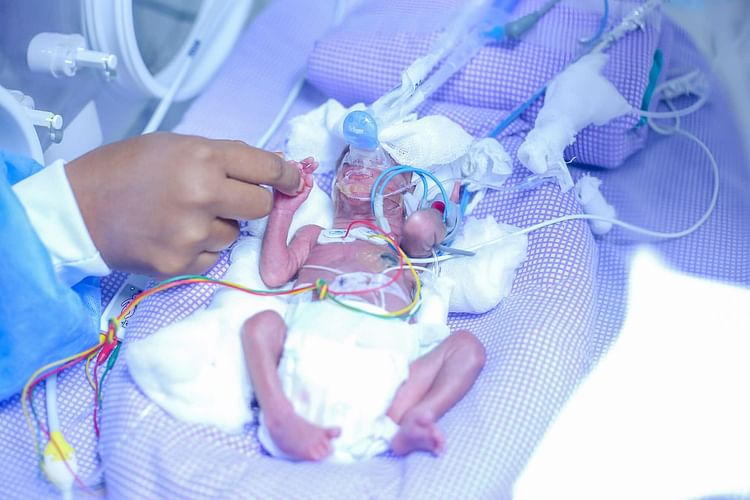 Naresh and Nirmala have been married for 8 years now. While their marriage has mostly been a happy one, there has always been an underlying current of sadness, due to the lack of children in their lives. Twice before Nirmala has gotten pregnant, but both times she miscarried. 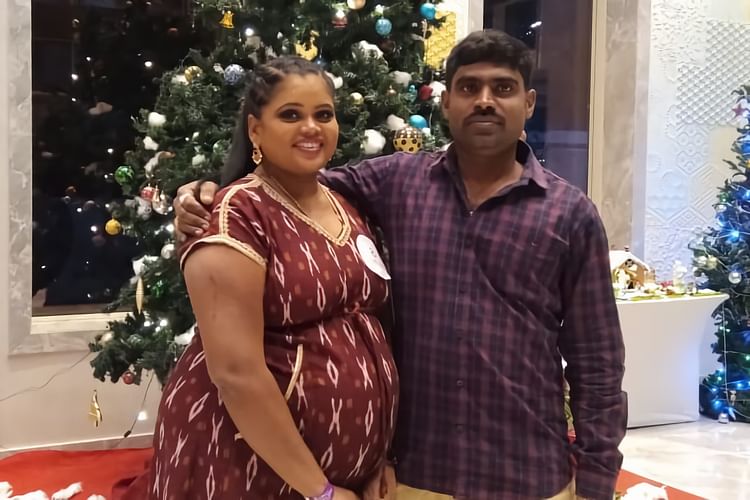 Naresh and Nirmala have already suffered way too much tragedy

A year after their marriage, Nirmala became pregnant for the first time. Things had seemed to be on track, but after complications during her 8th month, the baby had to be delivered on an emergency basis via c-section. The little one held on for 4 days but then passed away. Two years later Nirmala had to undergo the exact same trauma in pretty much the exact same way. After that incident, it took the young couple years to recover emotionally. Now, after all this time, they’re back in that same nightmare. 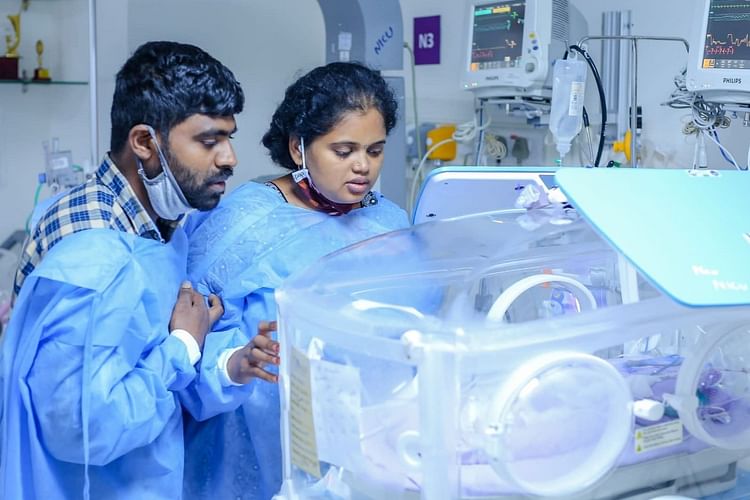 “When we found out I was pregnant for a third time last year, we were equally happy and terrified. Happy because we thought were getting one more chance to be parents. Terrified because we had actually planned to never have babies again after that second time. But the local doctors in our village said we don’t need to worry, that things would be okay this time. And now look at us! There were complications and I had to get an emergency c-section in my 6th month! He can survive if he is put on life-support for 2 months but, there’s no way we can afford such an expense...” 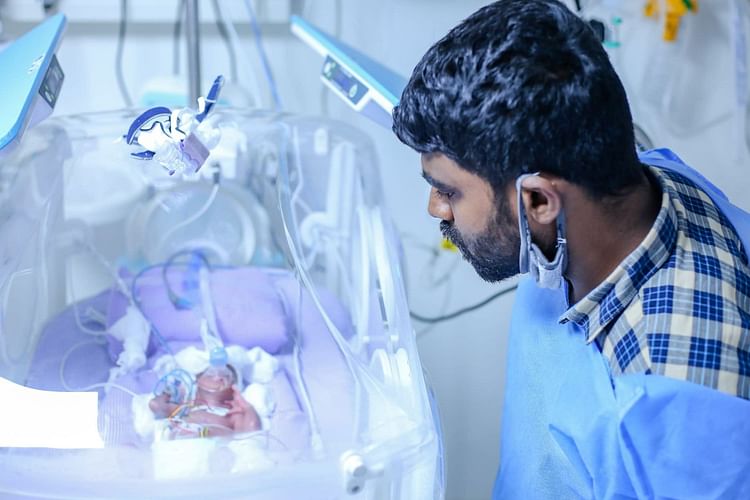 The poor baby needs to stay in the ICU for 2 months but...

“...I just can’t afford it. I take care of my wife and my family all by myself. What I make as a welder is always just enough to tide us over until the next month. What little savings I had got wiped out due to the pandemic and the lockdown. I’ve already spent so much by borrowing money from our relatives, but my baby needs at least 13 more lakhs! What am I going to do?!” — Naresh