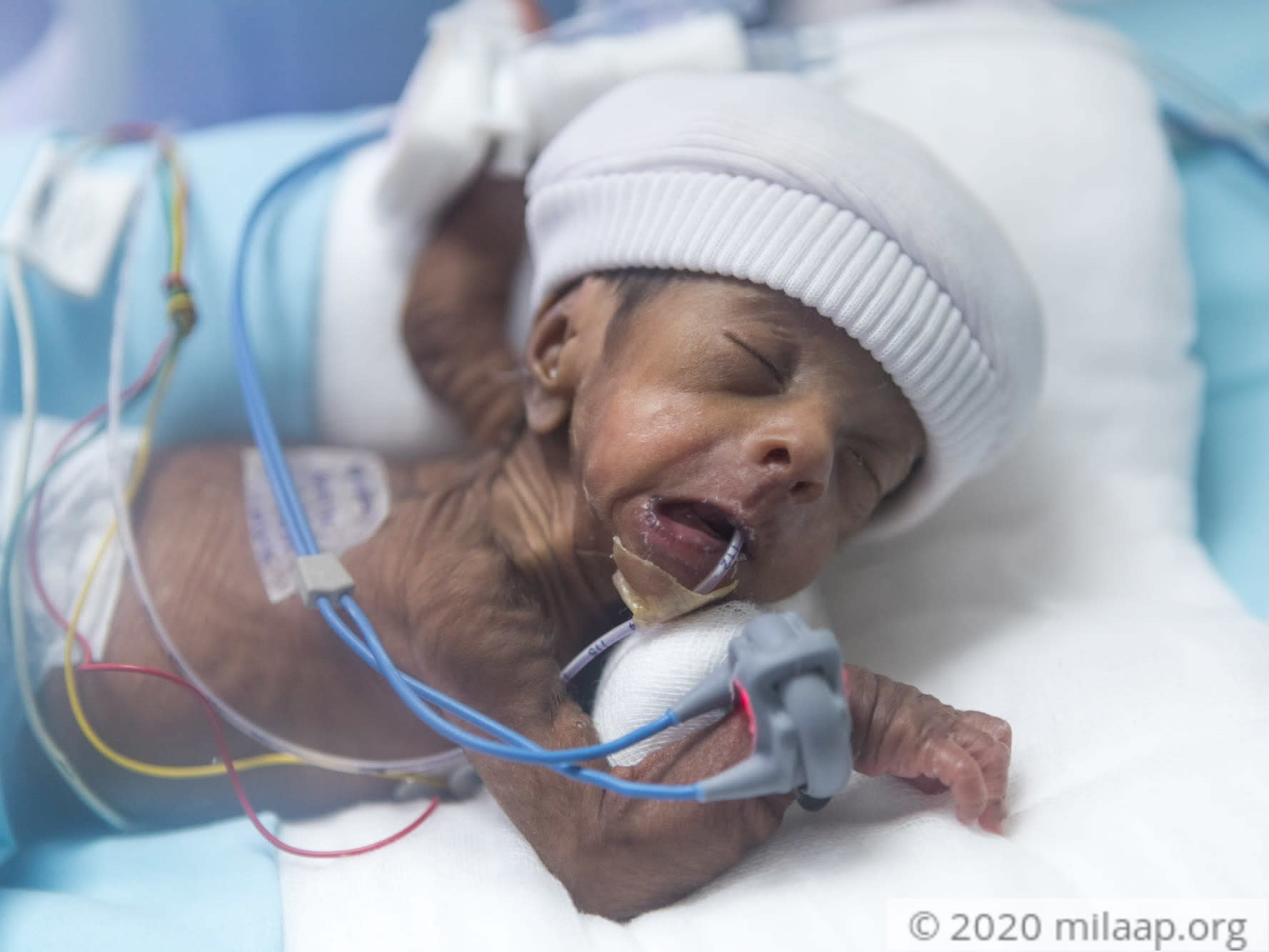 Share
“Neelamma’s water has broken, you need to come home straight away!”
When I got that call from my mother, I didn’t believe it at first because the due date was  months away. But by the time I reached home, panic had started to set in.
We had already lost two children. I couldn’t help but wonder if we were going to lose two more.

Santhagouda and Neelamma have been married for 7 years now. While their marriage has mostly been a happy one, there has always been an underlying current of sadness. For years, the young couple has been trying to have children of their own. As a farmer, Santhagouda couldn’t afford any fertility treatments, so they’ve had to rely on prayers and blessings. Neelamma has gotten pregnant twice before this but both the times she miscarried.

“We had gone for some routine test during her fourth month; that’s when we found out. The doctor told us we’d be having twins, and it was... the happiest day of our lives. The two babies we lost were coming back to us. That’s why when Neelamma went into labour prematurely, it felt like the world was crashing down on us. Our future was no longer certain.”

While one of the babies has recovered, the other’s life is hanging by a thread

Both of Neelamma’s twins were born severely underweight and with multiple medical complications. But with time and adequate care, the second child was able to recover. Her first child is still suffering from severe respiratory distress, severe jaundice, and both dangerously high potassium levels and dangerously low calcium levels. She is also suffering from a life-threatening condition called sepsis, where her body attacks itself in response to infections, leading to extensive organ damage.

The poor baby needs to stay in the ICU for another month or two but...

“...I just can’t afford it. I’ve been taking care of my wife and mother all by myself after my father’s death a few years ago. What I make as a farmer is always just enough to tide us over until the next harvest season. I have no savings. Now, I’ve already spent lakhs of rupees by selling my brother’s land and borrowing money from our relatives. But she needs another 13 lakhs! What am I going to do?!”

You are their only hope now. Please donate as much as you can by clicking here.
BO
Patient Baby of Neelamma is 1 month 7 days old, living in Hyderabad, Telangana
RC
Being treated by Dr. Nalinikanta Panigrahy in Rainbow Children's Hospital, Hyderabad, Telangana