His Sisters Long For Him To Come Home, They Don't Know He's Fighting For His Life | Milaap

His Sisters Long For Him To Come Home, They Don't Know He's Fighting For His Life 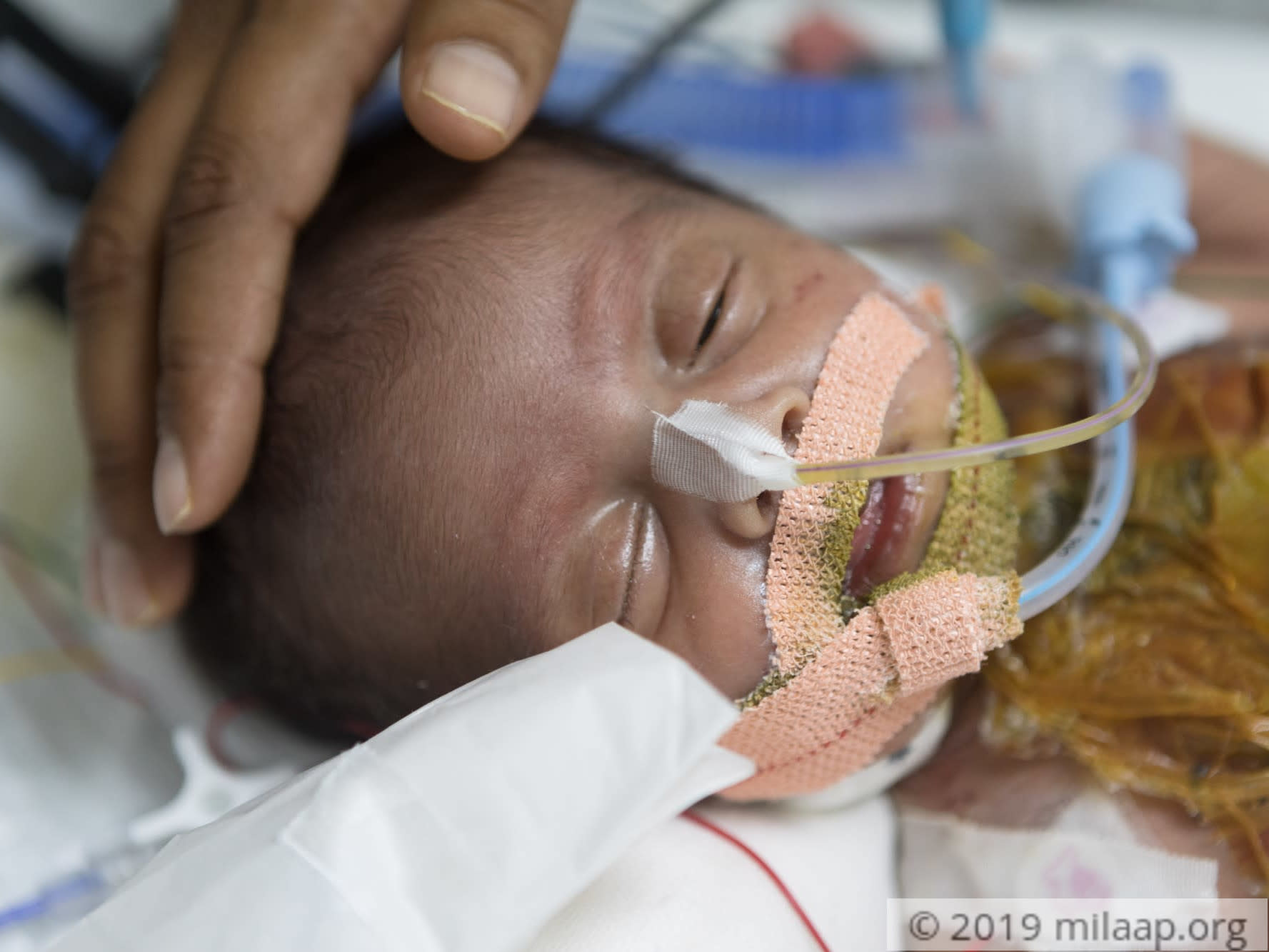 Share
“For nearly two weeks after the surgery, my baby’s chest was left open for some medical reason. Marutha and I were not allowed inside the room because of the possibility of infection.
For those two weeks, we stood outside his room, looking at him through the glass. We were too afraid to take our eyes off him, because we didn’t know which moment… may be the last…”
– Srinivas, father

Srinivas and Marutha were blessed with a beautiful baby boy just a little over a month ago. But the poor baby has been suffering from the moment he was born. For the first week, he barely drank milk and was frequently breathless.
Doctors soon discovered that he was born with a very rare and dangerous heart defect. At just 12 days old, he had to undergo heart surgery.

His siblings are waiting at home for their little brother

“We have two daughters, whom we left under my mother’s care back in our village. Before I left, I had promised them that I would come back with a new brother or sister for them, and they’ve been so excited. My older one called me yesterday and asked me how much longer I’ll be in the city, why I’m not bringing her new brother home. I had to hand the phone to my husband because I just started crying…”
– Marutha

Srinivas tried his best to save his baby boy

Srinivas had borrowed money from everyone he knew to be able to afford the surgery that would save his new-born from dying before his time, as his job working in a meat shop didn't pay much at all.

But while the surgery was successful, their little son needs a few more weeks of intensive care and treatment to fully recover.

Without it, he may not have very long to live, and all the emotional and financial stress that this young couple went through would become pointless.


Marutha and Srinivas are now depending on you for help. During a time where everyone is celebrating in a festive spirit, these young parents are left standing beside their baby boy’s hospital bed. The greatest gift you could give them is the opportunity to go home with a happy and healthy boy.