In 3 Days, This Baby Will Succumb To Heart Disease If He Doesn’t Get Surgery | Milaap
loans added to your basket
Total : 0
Pay Now

In 3 Days, This Baby Will Succumb To Heart Disease If He Doesn’t Get Surgery 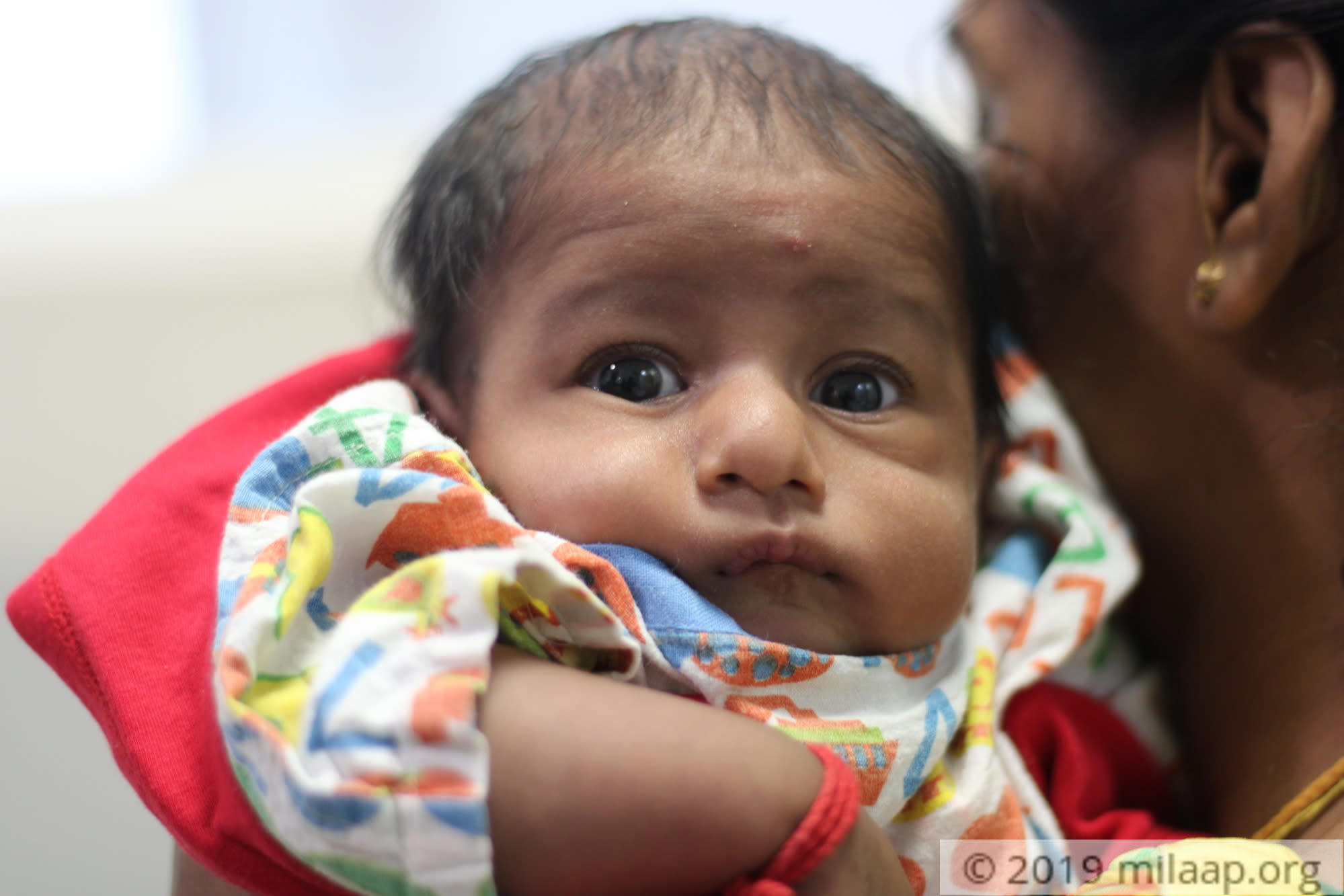 "I knew there was something wrong with my baby during the third trimester. Scans revealed that my baby is underweight and there are high chances that he will die before birth. But my Atharva proved everyone wrong and came into the world. After two months we got to know that he has a hole in his heart - he was fighting again to stay alive,"– Mariyammal, mother.

Atharva has fought once - his mother believes he will fight again

Mariyamma’s joy knew no bounds when she had a beautiful baby boy three months back. She took him home after staying in the hospital for a month. But her happiness came crashing down when little Atharva became sick again.

"One night he started crying out loud. I thought he was hungry. When I fed him, the milk started coming out of his nostrils. Within a few minutes he turned blue and the breathing became mild." – Mariyammal.

He turns blue whenever his body doesn’t get enough oxygen

Baby Atharva has a condition called pulmonary atresia, where the blood can’t flow properly from the right ventricle to the lungs due to underdeveloped valve. The baby does not receive enough oxygen from the lungs due to this condition, making it highly life-threatening.

"Doctors told that my baby needs a open heart surgery soon or else he may die. We haven’t slept peacefully from the day we knew this. He is not hungry, doesn’t want to feed and throws up even if we try to feed him. My wife wakes up scared in the middle of the night to check if he is still breathing. We feel so helpless for not being able to do anything as his parents," – Chithirairajan, father

He is getting worse each day - he is unable to breathe on his own. He is too tired even to cry or drink his mother’s milk. Only a heart surgery can save him now.


Chithirairajan works as a painter and he gets tasks only during peak seasons. He manages to make around Rs 10,000 a month. With little savings and no valuables, he is struggling to afford his baby's surgery.

"I have a 4-year-old daughter and I had saved some money to put her in a good school. But I had to use that money to admit Atharva for the surgery. She now has to wait one more year to study. I convinced her that if she didn’t go to school this year the doctors won’t give an injection to her baby brother. She loves Atharva and she was happy to let go of it. I feel ashamed as a father but I have to do something to save his life."

Baby Atharva has only three days left to get surgery. He is struggling and only your generous contribution can ease his pain.

Click here to know more about Baby of Mariyammal