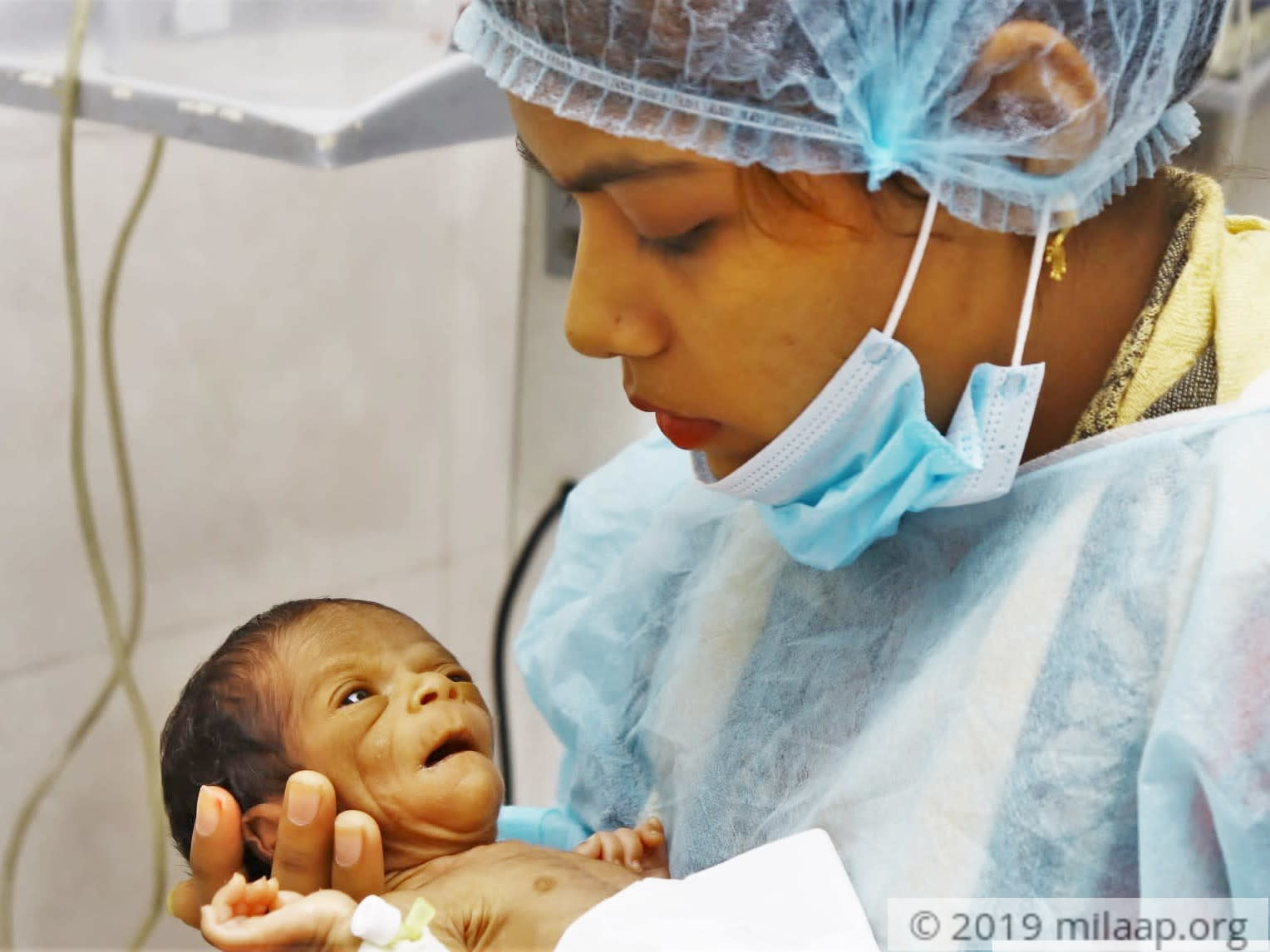 Share
“Congratulations! It’s a healthy baby boy!”
These were the words that Kajal wishes she heard three weeks ago. But what she heard instead was…
“It’s a boy… but I’m sorry, I don’t think he’s going to make it…”

Kajal and Vikas got married a year and a half ago, and were quite excited to start their journey together as a happy couple. When Kajal got pregnant just a few months into the marriage, the young couple had been ecstatic. Their dreams were coming true.

Nobody expected the premature birth just within 8 months of pregnancy

“We were particular about getting all the scans done and check-ups throughout my pregnancy. We were so excited, but we also wanted to make sure nothing bad would happen. So it was so shocking when my water broke. I was just lying in the bed, when I started feeling more and more pain, and then suddenly I could feel the liquid. At first I thought I wet myself, but then I slowly realized with terror that my baby was coming more than a month in advance…”

Kajal’s son was born severely underweight, with nearly all his internal organs and systems under-developed. His lungs and his digestive system are so small that he constantly gasps for breath and can’t eat or drink normally, his weak immune system couldn’t fight off infections, leading to an infection in his brain that has caused a septic shock already.

Kajal can never have a child again, this is her only chance

“The doctor told me that my womb was weak to begin with, and now after giving birth to my son it’s too weak for me to… He told me I can never bear another child again! Even IVF won’t work on me. I was already heartbroken that my son might not survive, but knowing that I may never have another child makes it all the more difficult. He’s my only chance at being a mother… I need him to live…”

The worried father has been out nearly 24x7 since the doctors told him how bad his son’s condition is, working as an auto-rickshaw driver. He doesn’t even go home to eat lunch, trying to save as much money as possible. But despite his efforts and despite the loans he tried to take, Vikas is unable to raise the necessary amount of money in such a short span of time.

This family’s future is now in your hands. Without your help, Kajal will never be a mother again and this little child will not survive.
BO
Patient Baby of Kajal is 17 days old, living in Faridabad, Haryana
SH
Being treated by Dr Pawan Sharma in Swastik Hospital, Faridabad, Haryana