3-Month-Old’s Parents Fear That His Stomach Will Burst Open, He Needs A Transplant | Milaap

3-Month-Old’s Parents Fear That His Stomach Will Burst Open, He Needs A Transplant 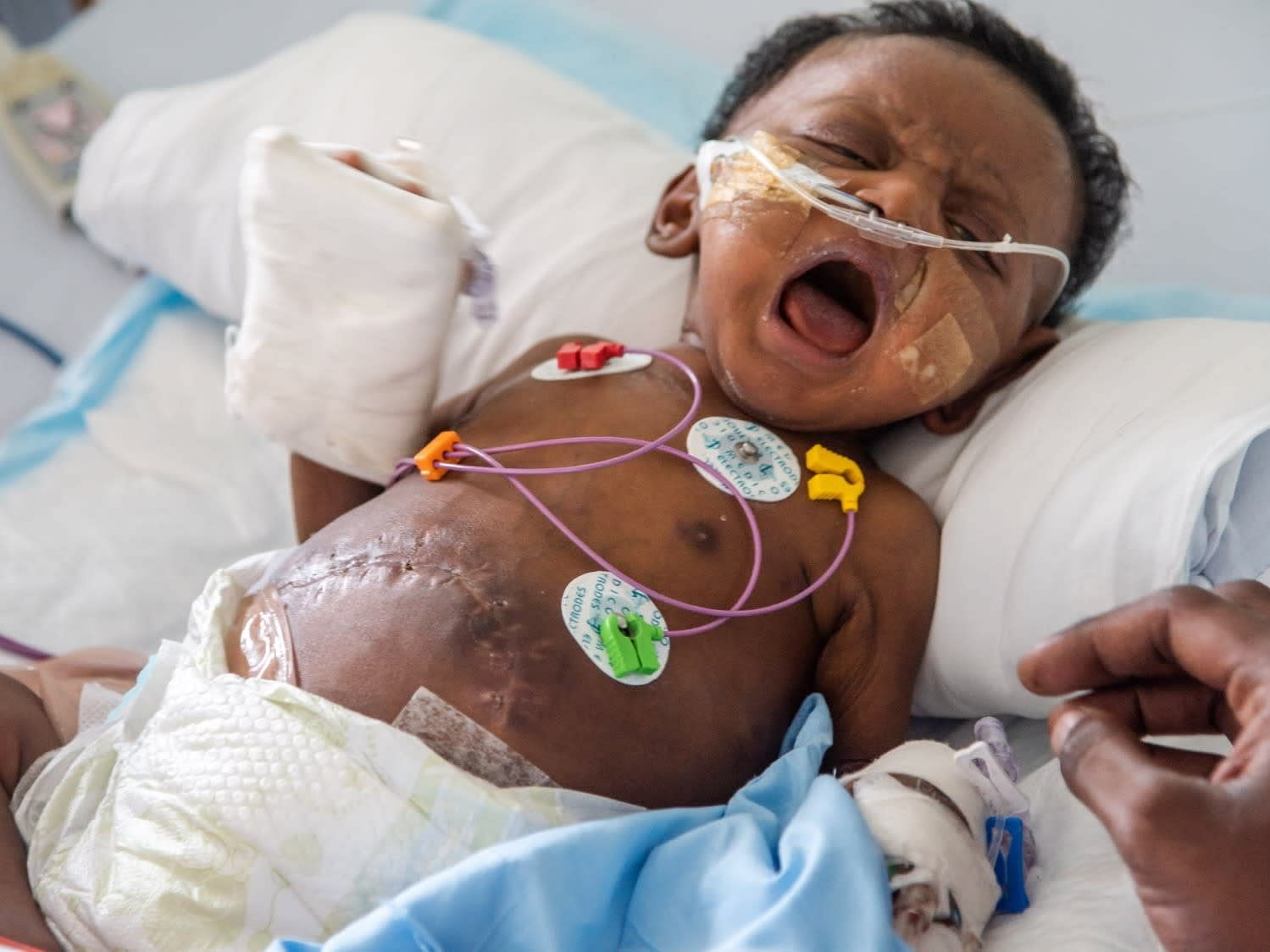 Share
It was the first time Mansoor and Muhseela had ever felt that terrified in their lives, that helpless, as they sat on the floor outside Musammil's hospital-room a few weeks ago. Mansoor could feel his hands shaking, and Muhseela had to try her best not to faint, as they thought about their newborn lying unconscious behind those doors. He had undergone surgery a mere month prior, and was back in the ICU again; the doctor had just given them the diagnosis.

“He told us that our son could... that he could die any minute, without a liver transplant.”

Ever since that night, this baby’s life has been hanging by that increasingly weak thread. 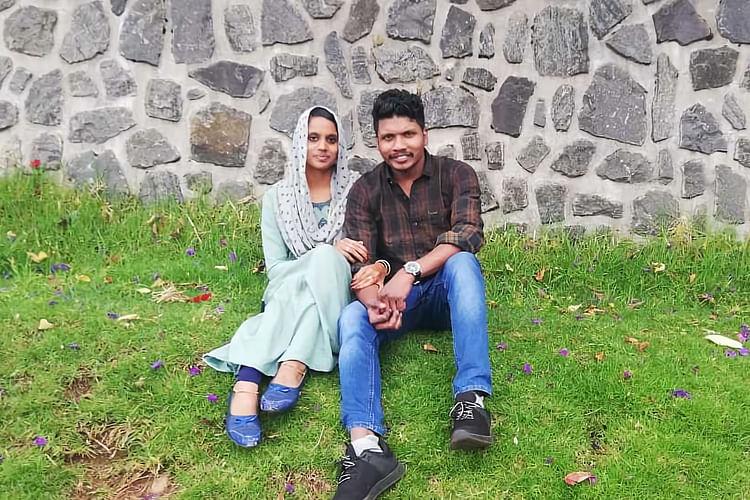 Mansoor and Muhseela have been married for nearly 5 years now. After so many years of praying, when Muhseela finally became pregnant, they had felt blessed. Upon his delivery, they believed their small life was finally perfect. But their long-due happiness and excitement lasted no more than two weeks.

“One morning I noticed that he seemed to be extremely weak. On top of that, when he passed stool, it was white! Scared, we took him to a local hospital, where they did tests and told us that he was born with some liver disease! But they also told us not to worry, that a simple surgery would fix it. We believed them because... we had to. We didn’t want to think anything other than that our son would be home soon, safe and sound.” 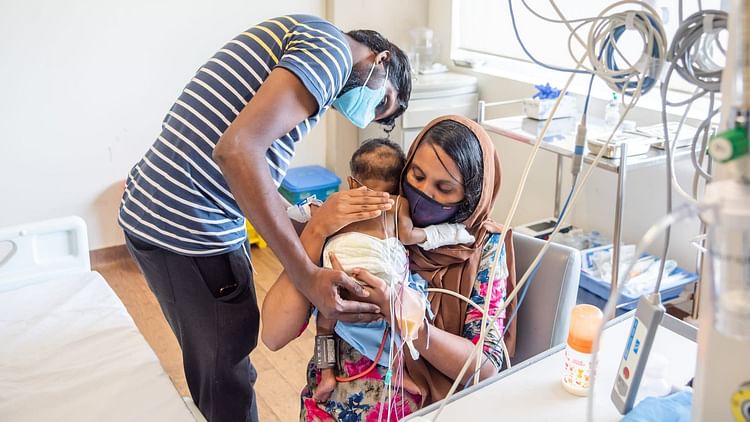 Those tubes are the only thing keeping this baby alive now

The surgery failed, and their newborn is now more critical than ever

“After the surgery, Musammil was weak for a few days, and then it seemed like he was recovering! He started smiling again, and we really thought the worst was behind us. But then... then his eyes started turning yellow. His stomach started swelling, and he started crying all the time. We brought him here, to this hospital, earlier this month. They ran scans and told us his previous surgery had failed! Within hours, he had to go under the knife again, to fix that complication. Though it kept him from dying right then and there, his condition now is worse than ever before. Each extra minute that he breathes now is a miracle! Only a liver transplant can save him from such a state, but the cost...” 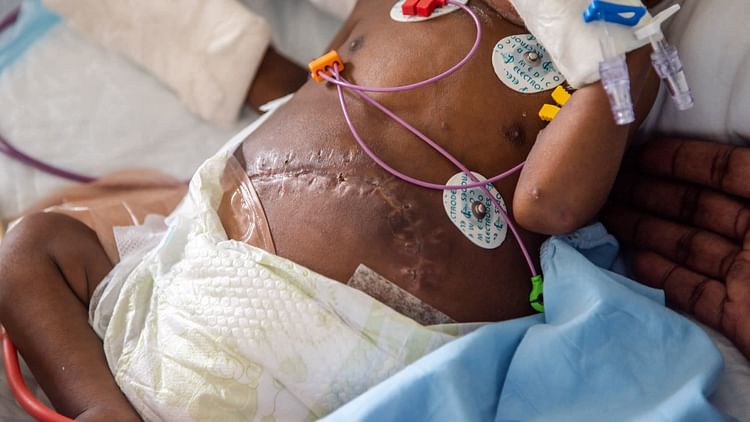 Musammil is so weak that he can’t even breathe properly anymore. After the corrective surgery, he has frequently needed ventilator support; a machine needs to do his breathing for him! His abdomen is swollen severely, his failing liver causing so much fluid build-up that it’s expanding his stomach like a balloon. The most heartbreaking of all is the fact that Musammil’s weakness is also masking how much pain he’s in.

“As if the swelling stomach wouldn’t have been incredibly painful already, the poor thing has had two surgeries, just weeks apart! What if his stomach bursts open along the stitches?! He must be in so much pain..." 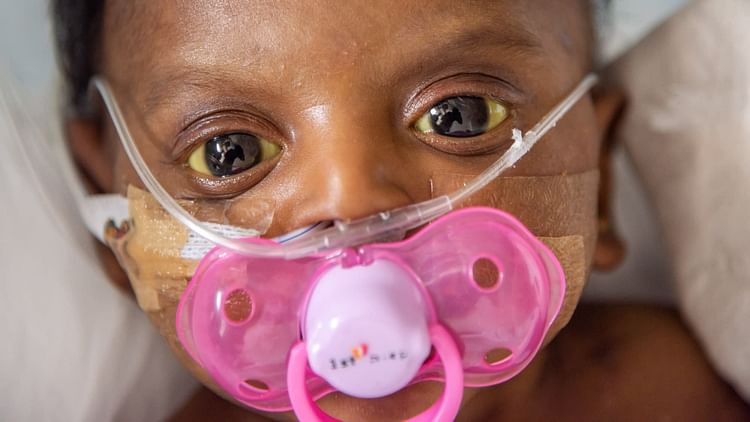 Mansoor can’t save his baby’s life

“I was a salesman in a clothing shop. But then the pandemic happened, and just as things were starting back to normal, all my time went into taking Musammil from one hospital to another. We’ve spent around 15 lakhs so far! Muhseela sold whatever little jewellery she had, and I took as many loans as I could from as many people as I could. We have nothing left! Please, help us!” — Mansoor

You’re their last hope. They’ve tried everything to save their baby, but it’s not enough. Click here to donate.
BM
Patient Baby Mohammed Musammil is 3 months old, living in Kochi, Kerala
AM
Being treated in Aster Medcity, Kochi, Kerala