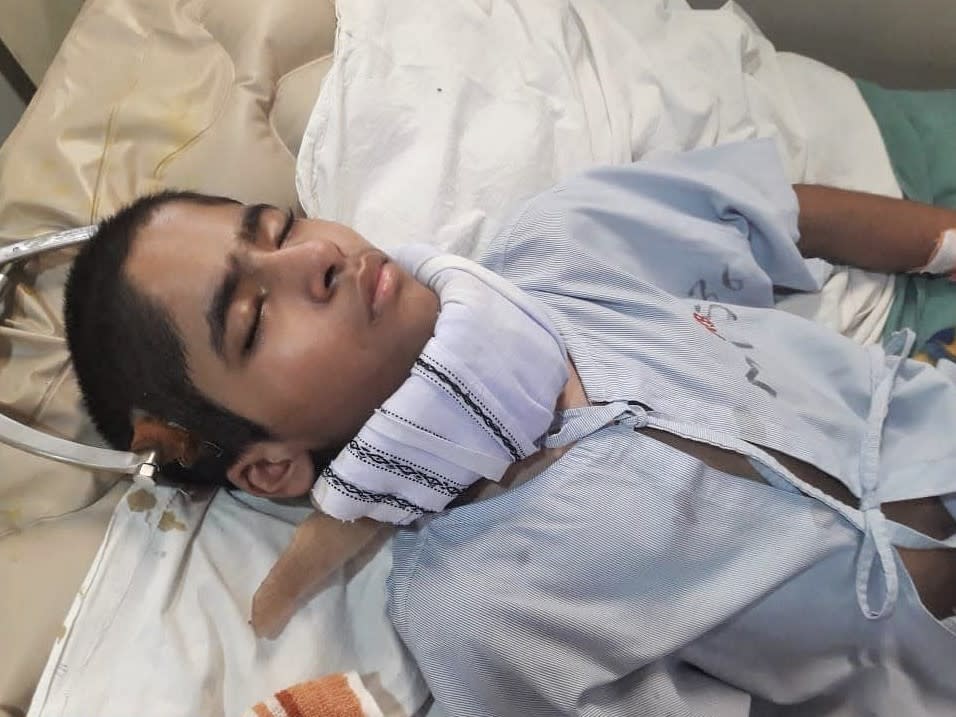 Share
He fainted on the road one day, late last year, while he was going to school. That’s how it started. When he came home and told us what happened, we thought maybe it was the heat.
But ever since then he got frequent dizzy spells, and started fainting more and more often!
— Archana, Atharva's mother 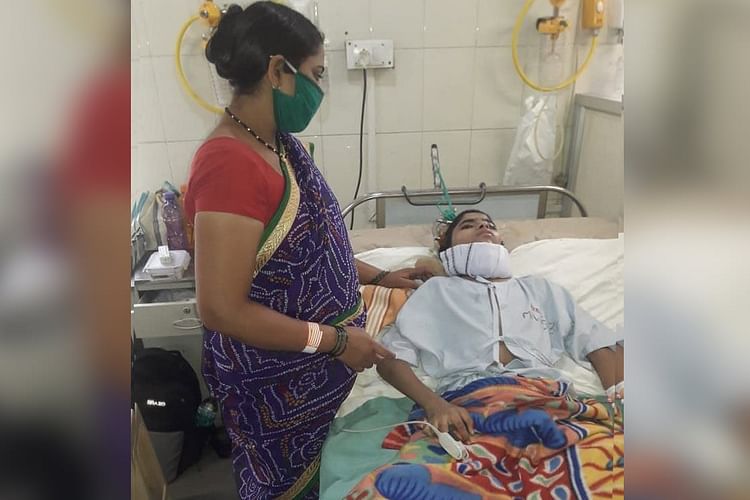 The concerned parents took young Atharva from one doctor to another near their house, but tests revealed nothing. The longer this went on, the weaker their son got. His feet started dragging as he tried to walk, he couldn't lift his arms without struggling, and he started slurring when he tried to talk. It was only after a special scan a few months ago at a big hospital that this family came to know the horrible truth. 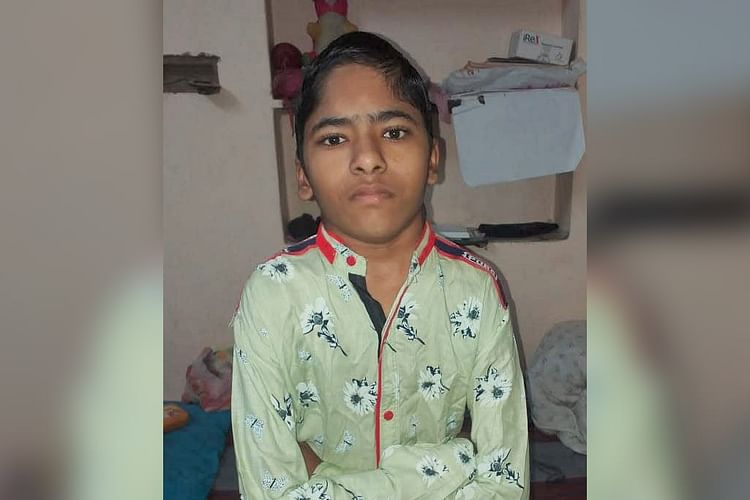 “They said some nerves are getting pressed where his neck meets his spine, and it was paralyzing him! By the time we found this out, he was already bed-ridden. He could talk, but not clearly. Nowadays the most he can do is mumble and whimper. He tries to talk sometimes, and we try to guess what he wants, if he’s uncomfortable, or hungry. Sometimes he urinates on himself, and his eyes fill with tears. I try to tell him it’s okay but it's... He’s 12. He’s just 12 years old. He shouldn’t be suffering like...” — Archana, unable to continue 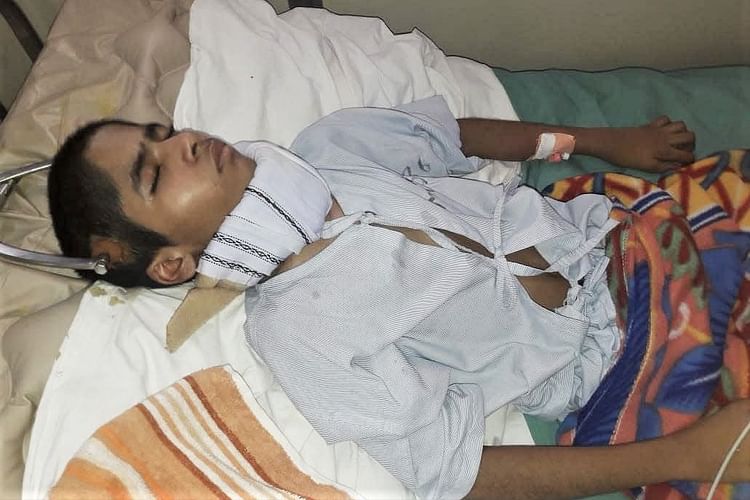 Atharva can walk again, even run, if he gets this surgery

Thankfully, Atharva’s paralysis doesn’t have to be permanent. A surgery can correct the issue in his spine, and relieve the compressed nerves. It’ll take him some time after the surgery, but then this young boy can get out of bed and stand on his own two feet again. He can walk, run, play, do everything a normal boy his age can do. But the total cost of this procedure will be around 12 lakhs, and Gajanan cannot afford such an expense. 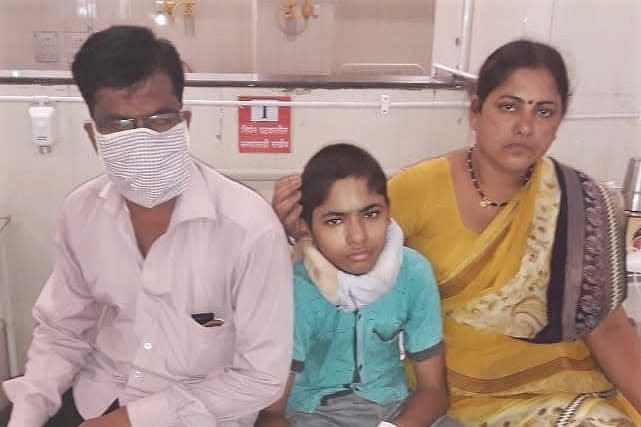 “I’ve spent 70,000 so far, all of it borrowed! People like us, we can’t have savings even if we wanted to. All the money I earned in a day would just go into keeping a roof over my family’s head, and putting food on their plates, for one more day. Over the past few months I’ve had to borrow money just for such basic things! It kills me to see my son like this. Is it written in his fate to be paralyzed at 12 just because he was born into this poor family?!” — Gajanan

This boy does not deserve to suffer like this at such a tender age. His family does not have the resources to properly take care of him in his condition, nor to get him treated. You can help, by clicking here.
A
Patient Atharva is 12 years old, living in Amravati, Maharashtra
NC
Being treated in Nelson Children Hospital, Nagpur, Maharashtra