Her Parents Can't Believe That She Could Die, Because She Looks So Healthy On The Outside | Milaap

Her Parents Can't Believe That She Could Die, Because She Looks So Healthy On The Outside 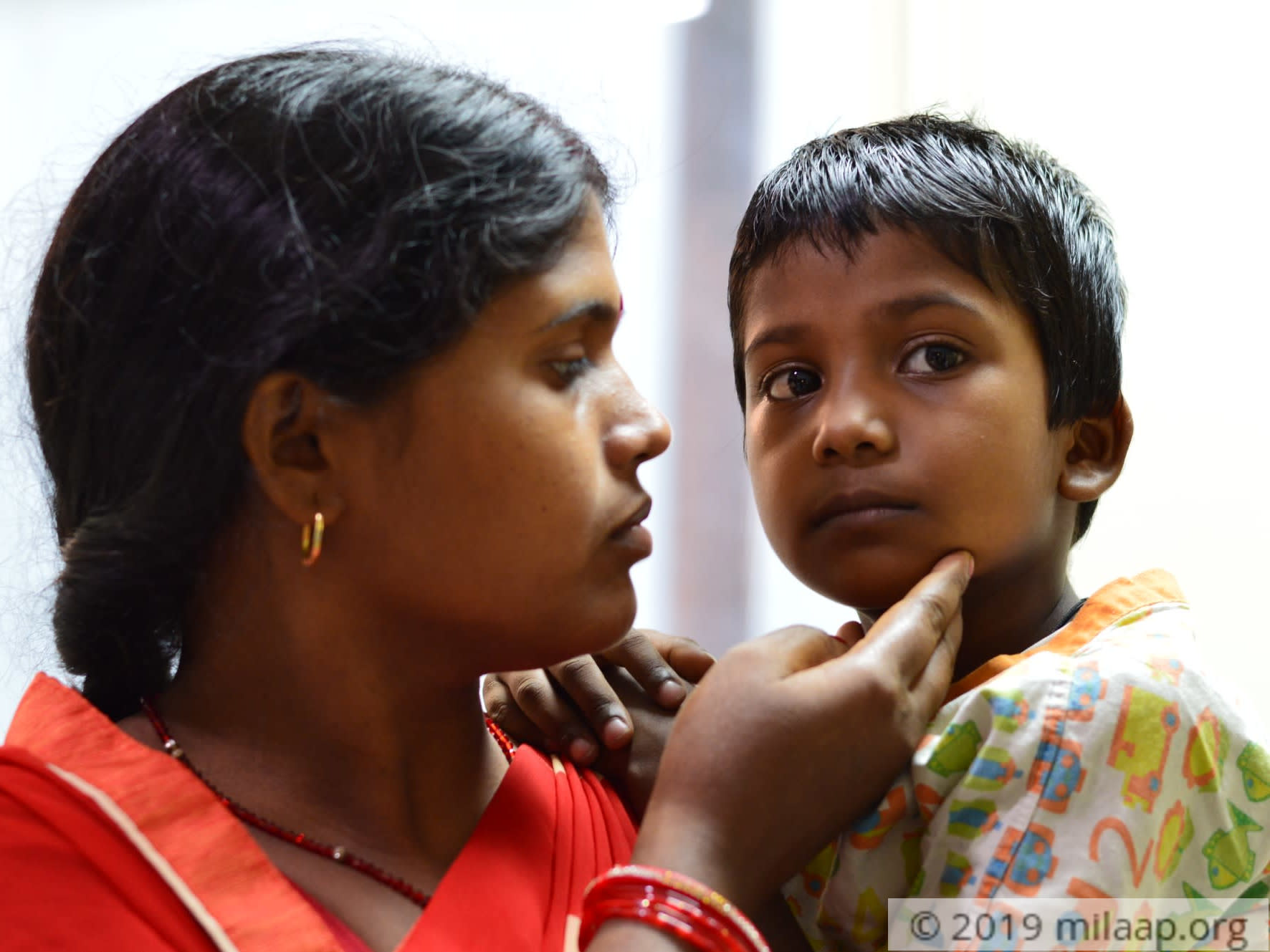 Share
“When the doctor told us how dangerously weak her heart was, I couldn’t accept it. How could I? She seemed so normal, she was smiling and playing again. I just… I did not understand how a 6-year-old could be laughing on the outside and dying on the inside…”
– Anita, mother

They found her gasping for breath one day

Arti was usually the most playful girl in her class and at home. Which is why it had come as a surprise, a few months ago, when Anita noticed her daughter going to bed at 6pm. Normally at that time she either did her homework or went out to play, so she had gone up to her daughter to ask her what was wrong. Poor Anita was startled to find her 6-year-old gasping for air.

“I immediately lifted my daughter into my arms and ran out to my husband Mahesh who was working on our farm. Together, we took her to the only doctor in our village. I remember being terrified as I waited for him to tell us what was happening. But an hour later he still didn’t have an answer, and asked us to take her to the city.”
– Anita

By the time Anita and Mahesh gathered enough money to take their daughter to the city for a checkup, Arti was back to normal like nothing had ever happened. After running multiple tests, however, the results were undeniable. Arti had Pulmonary Atresia – a hole in her heart that was slowly killing her. Only an expensive surgery can save her life.

“When my husband found out how much the surgery costs, he just… cried. I’d never seen him cry before. We’re too poor. From the next day onwards, we started trying to sell our little piece of farmland. But it’s been nearly 2 months, and nobody is buying it. In the meantime, we've sold nearly all the valuables we owned to pay for her medicines. Now I only have these earrings and nose-ring left, that my mother gave to me before she passed away. I’m about to sell them too.”
– Anita, breaking down

Her family has been struggling to find ways to come up with the 6 lakhs they need to get their precious daughter the surgery she needs. But they’ve had no success, and she’s running out of time.

It’s up to you now. Please donate as much as you can, and help save little Arti’s life.
AV
Patient Arti Verma is 6 years old, living in Giridih, Jharkhand
AC
Being treated by Dr. Neville Solomon in Apollo Childrens Hospital, Giridih, Jharkhand