Even A Cold Can Be Fatal For This 7-Month-Old With Heart Disease, Needs Urgent Surgery | Milaap

Even A Cold Can Be Fatal For This 7-Month-Old With Heart Disease, Needs Urgent Surgery 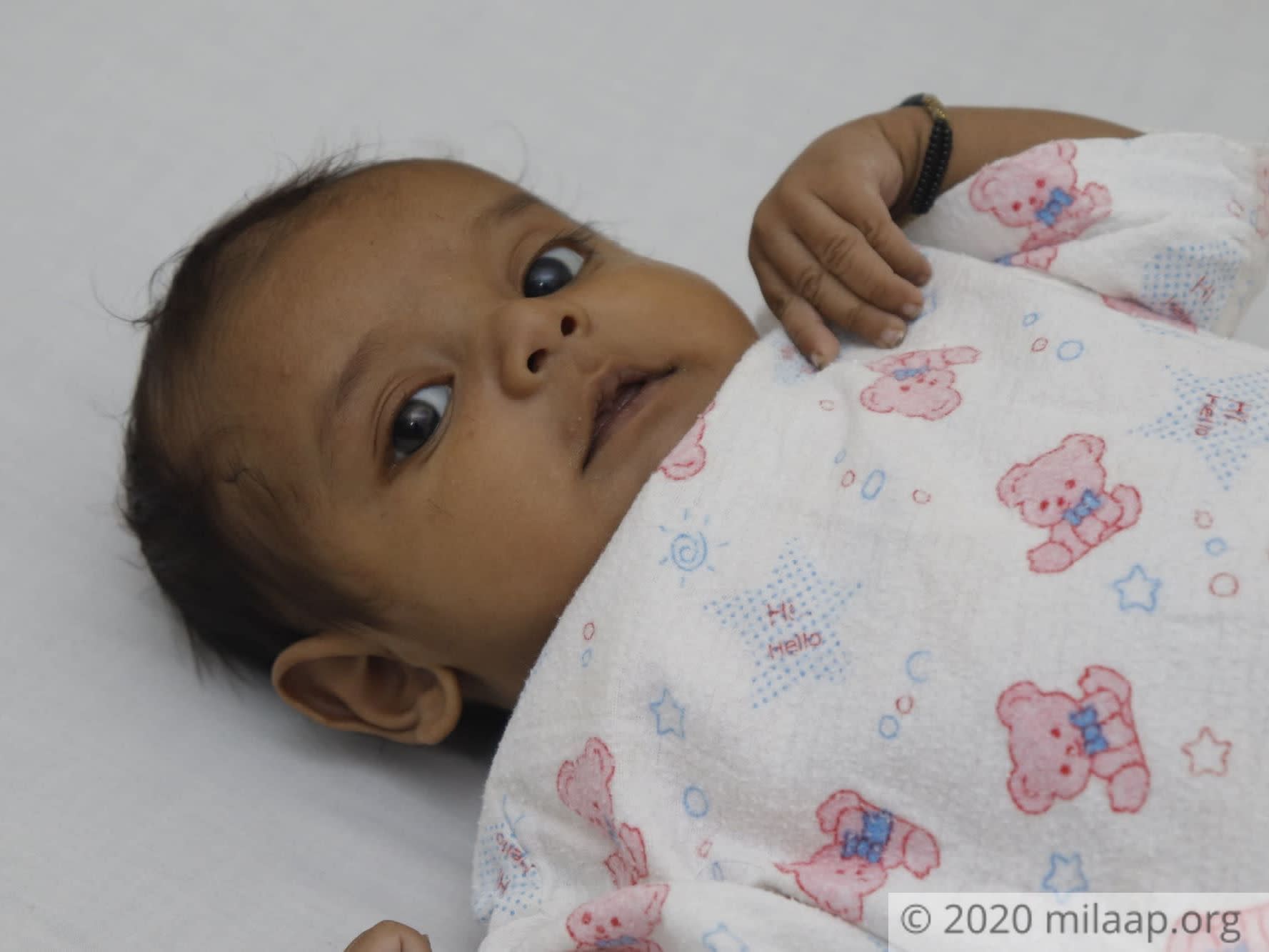 Share
“I was sitting with Anshul and was feeding him when suddenly he started gasping for breath. Fearing that something was stuck in his throat I patted his back, gave him water too but nothing made him feel better. After a little while, he started breathing normally and I thought everything is fine but that very night it repeated, my baby wasn’t able to breathe again.”
- Reetu, mother 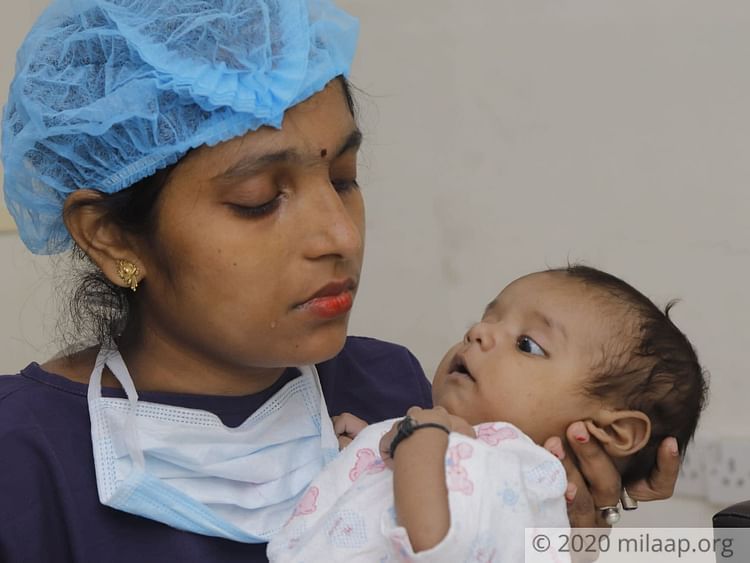 He was born with this dangerous disease

7-month-old Anshul suffers from Complex Congenital Heart Disease. It is a birth defect in which the heart’s great arteries are transposed leading to severe breathlessness due to lack of oxygen in the body. 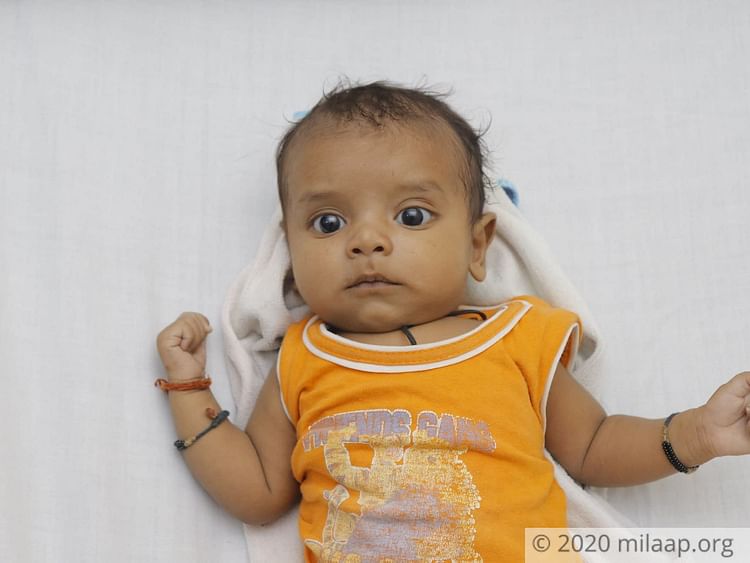 “There were times when he would breathe heavily and widen his eyes. We even took him to the local doctor for it but we were told that it is probably because of heat. I wish I took him to a bigger hospital earlier itself, he wouldn’t have suffered like this. He had this condition since birth and it never got diagnosed until now. His condition is very critical and he needs immediate surgery to survive.” - Navjeet, father 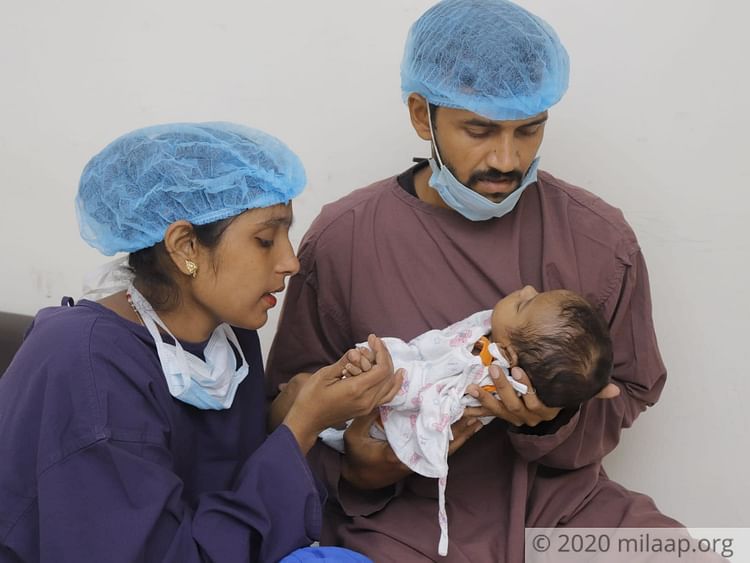 His body can't fight back even small infections

Anshul’s condition is very fragile. His body is weak and lacks sufficient oxygen. Even the slightest infection, fever or even cold can be fatal for this child. His body cannot fight back.

“We might protect him from the infections but not from his heart failure. I can’t sleep at night fearing I will lose him, fearing when he might stop breathing. I feel so helpless, unable to afford his cure. My income is just not enough. I work at a small company where they make spare parts for mobile phones. I cannot...I just don’t know how will I afford 7 lakh rupees for the surgery.” - Navjeet 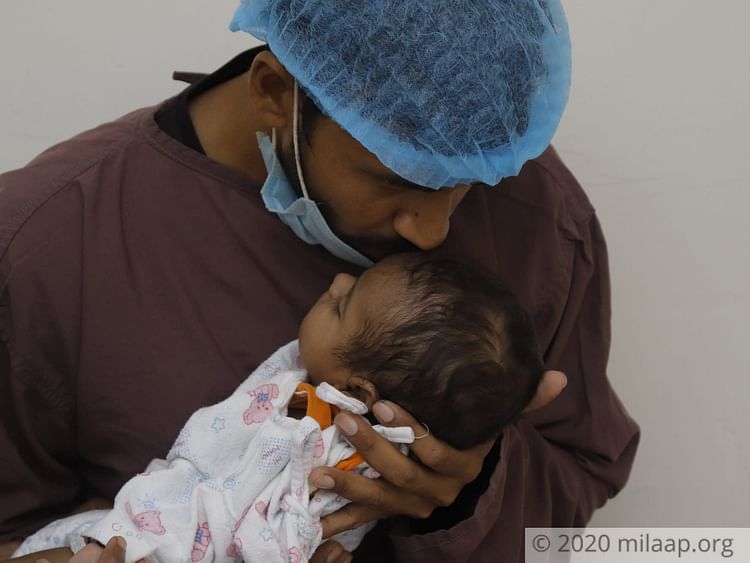 Reeta and Navjeet will lose their baby if they can’t afford the surgery at the earliest. After selling their jewellery and borrowing money from their friends they could manage to collect only a meagre amount that is not enough to even buy his daily medicines. Anshul is becoming weaker each day and cannot breathe normally without the help of medicines.

Medicines can keep him alive only for a few days, he needs surgery to survive. Any further delay can cost these parents their son’s life. The parents are in a helpless situation and need your help.
A
Patient Anshul is 7 months old, living in Noida, Uttar Pradesh
IA
Being treated in Indraprastha Apollo Hospital, New Delhi, Delhi