A Transplant Can Help Anshul Overcome His 4-Year Long Battle With Cancer, But His Father Struggles to Afford It | Milaap
Receive tax benefits by donating to this cause.

A Transplant Can Help Anshul Overcome His 4-Year Long Battle With Cancer, But His Father Struggles to Afford It 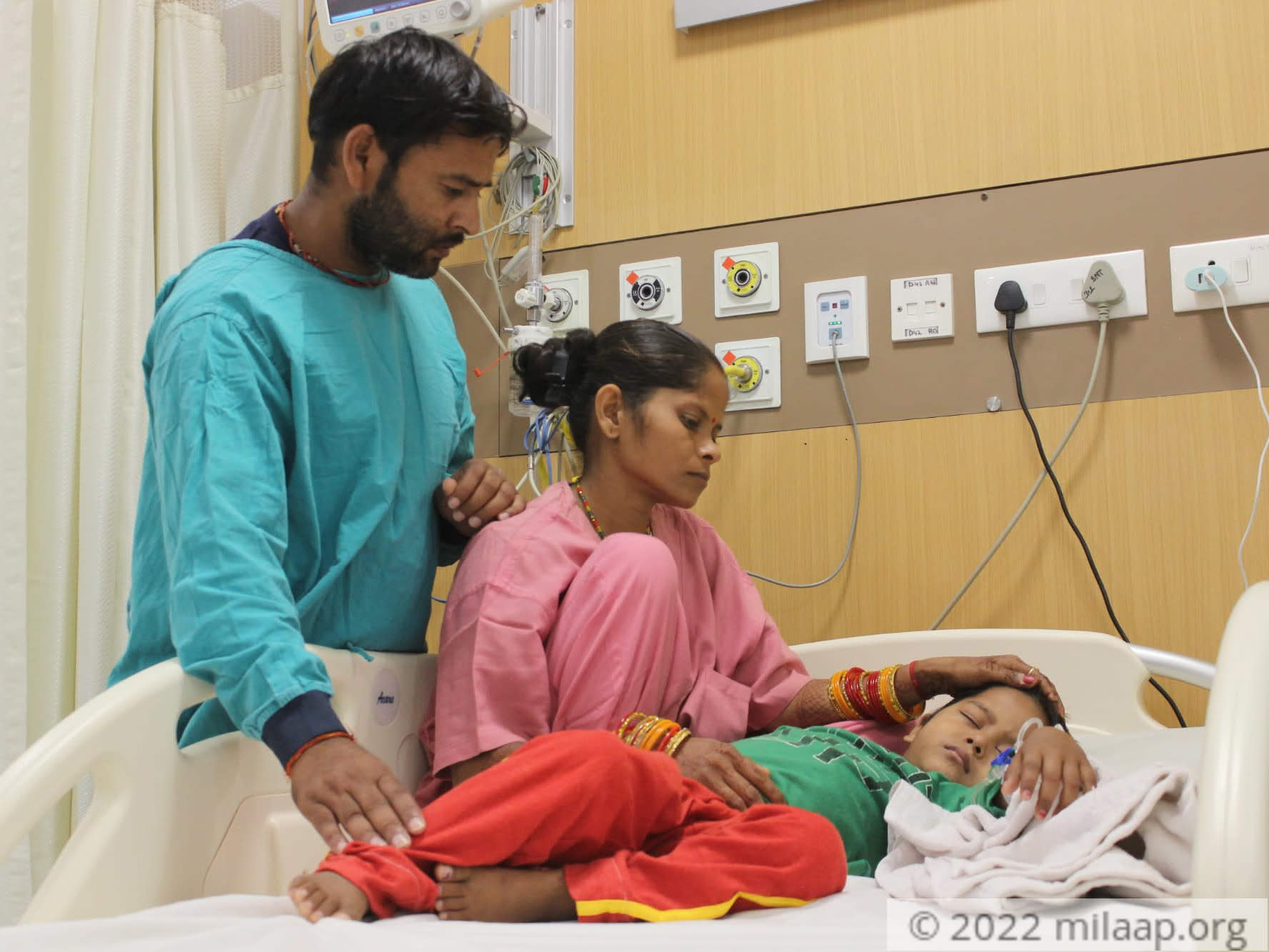 Anshul is just a 4-year old kid who has never known of a life outside the hospital. He was just a few months old when his parents first started noticing symptoms of what turned out to be blood cancer. His parents, Bharat and Seema, were so close to seeing their son finally beat cancer but sadly that was short-lived.

Just when they thought their son won the battle against cancer, it relapsed

Anshul's Acute Lymphoblastic Leukemia (ALL), a high-risk blood cancer, has relapsed. Within 2 months of his remission, Anshul's testicles had swelled up  and his blackouts had become very frequent. He was unable to walk without tripping on his feet and had blood in his vomit. At first, his parents suspected a probable infection, considering they all share a common room amongst 8 family members.

"We were completely unaware that despite struggling with cancer for 3 years, it could return. We thought we had won this battle, until Anshul's reports confirmed otherwise. The doctors had always warned me to avoid crowded spaces for Anshul as his immunity is very poor. But 8 of us adjust in a single small rented room as that's the most I can afford from working as a daily labourer." - Bharat, father

Cancer has made little Anshul's childhood full of pain and fear

The low blood counts have taken a severe toll on Anshul's health. Frequent transfusion puts him at a risk of infection and high fevers. But without it, he becomes extremely weak and fatigued. Cancer has been making every moment of Anshul's childhood dreadful at this tender age. This weakness has also hindered his developmental growth and immunity.

"From the very beginning, we could always spot how dangerously Anshul's cancer was spreading from his scans and reports. So, for once, when we saw no traces of cancer in his blood after his chemotherapy protocol - our joy was unparalleled. His relapse now feels like we cheated our son by giving him false hopes of being cured of cancer so soon. My other kids complain that I love Anshul more than them but how do I make them understand that I live with the constant fear of cancer snatching him away from us any moment. " - Seema, mother

Last time, Bharat and Seema could manage Anshul's treatment solely from the generous contributions of kind-hearted individuals. But this time, chemotherapy alone can't cure Anshul and he needs a bone marrow transplant urgently. This will cost this family INR 35 lakhs, and they have again pinned their hopes on our community.


They plead with you to support them once again with open hearts in saving their precious 4-year old from blood cancer. Click here to donate.
A
Patient Anshul is 4 years old, living in Dholpur, Rajasthan
MH
Being treated in Manipal Hospital, Jaipur, Rajasthan