He Wishes To Hit Sixes On The Cricket Ground But Is Battling Cancer Instead | Milaap
loans added to your basket
Total : 0
Pay Now 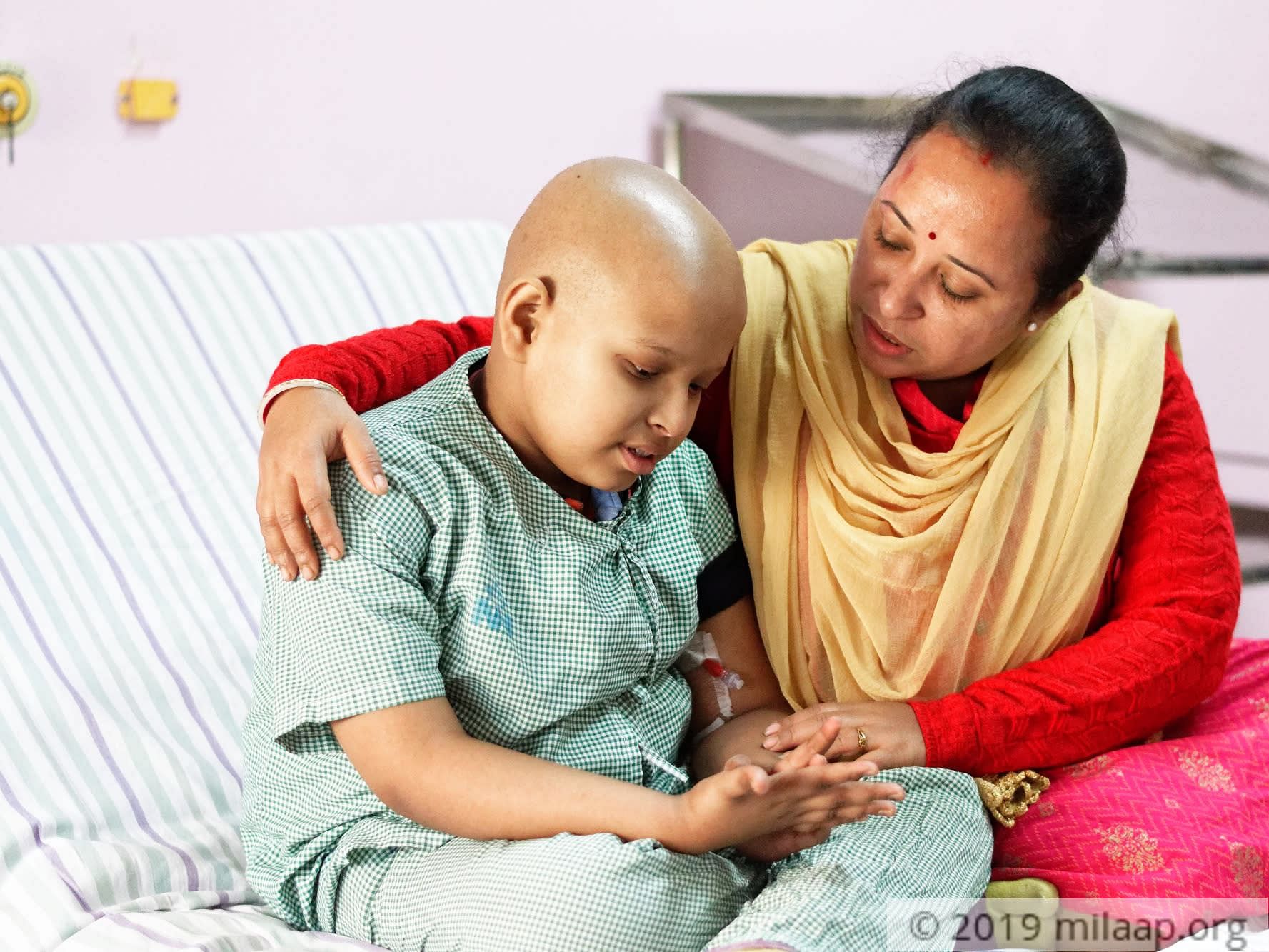 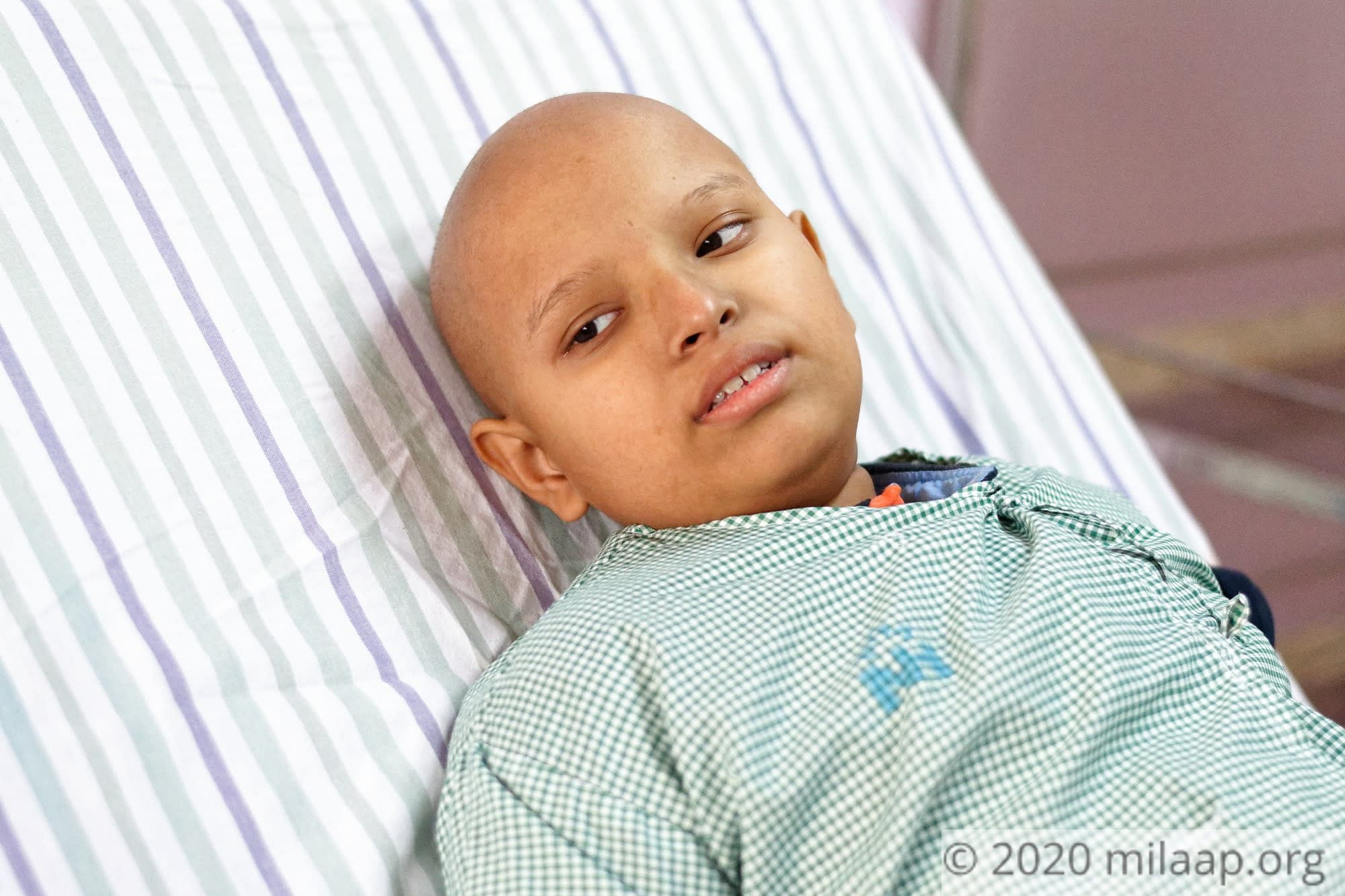 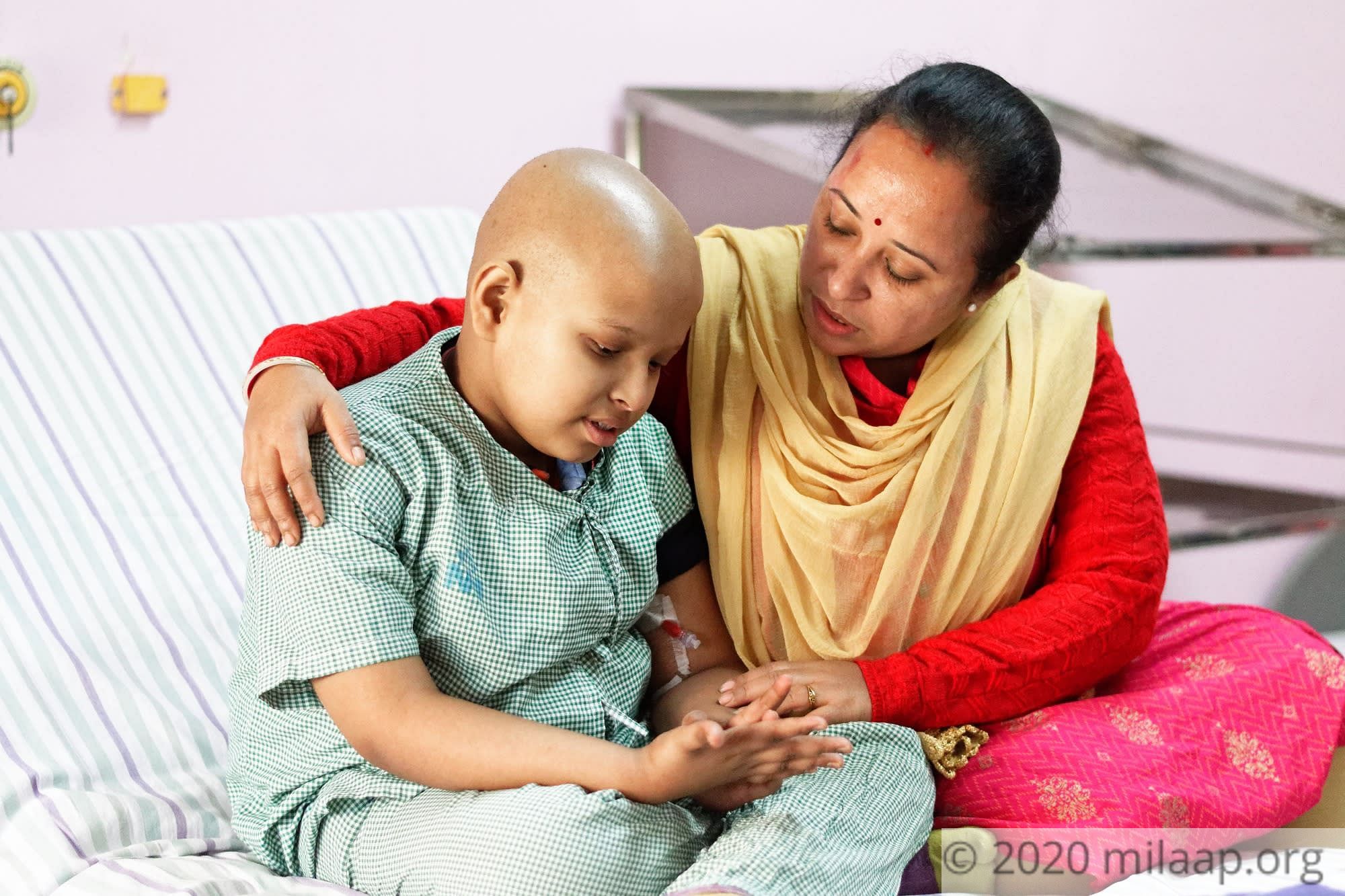 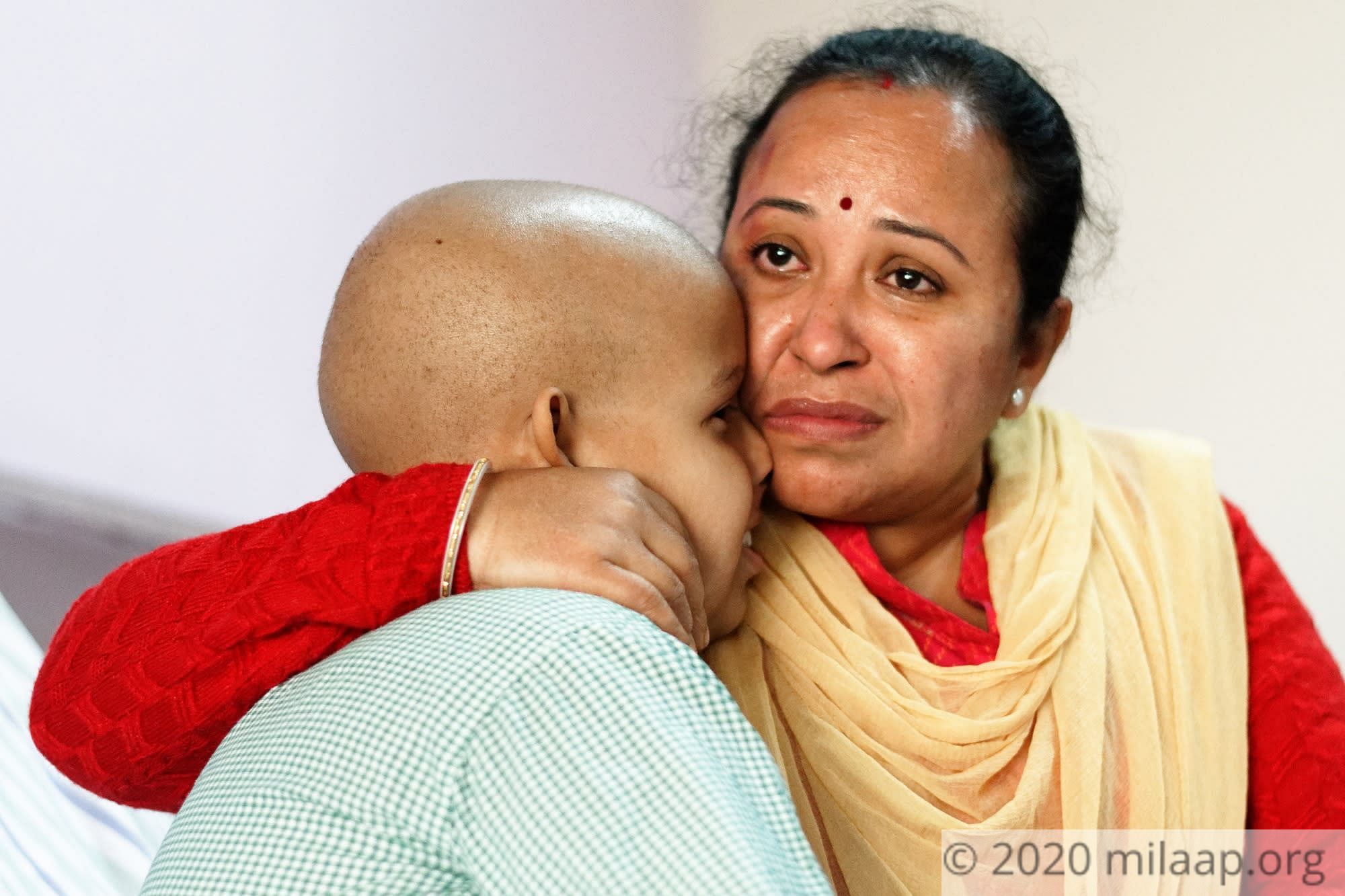 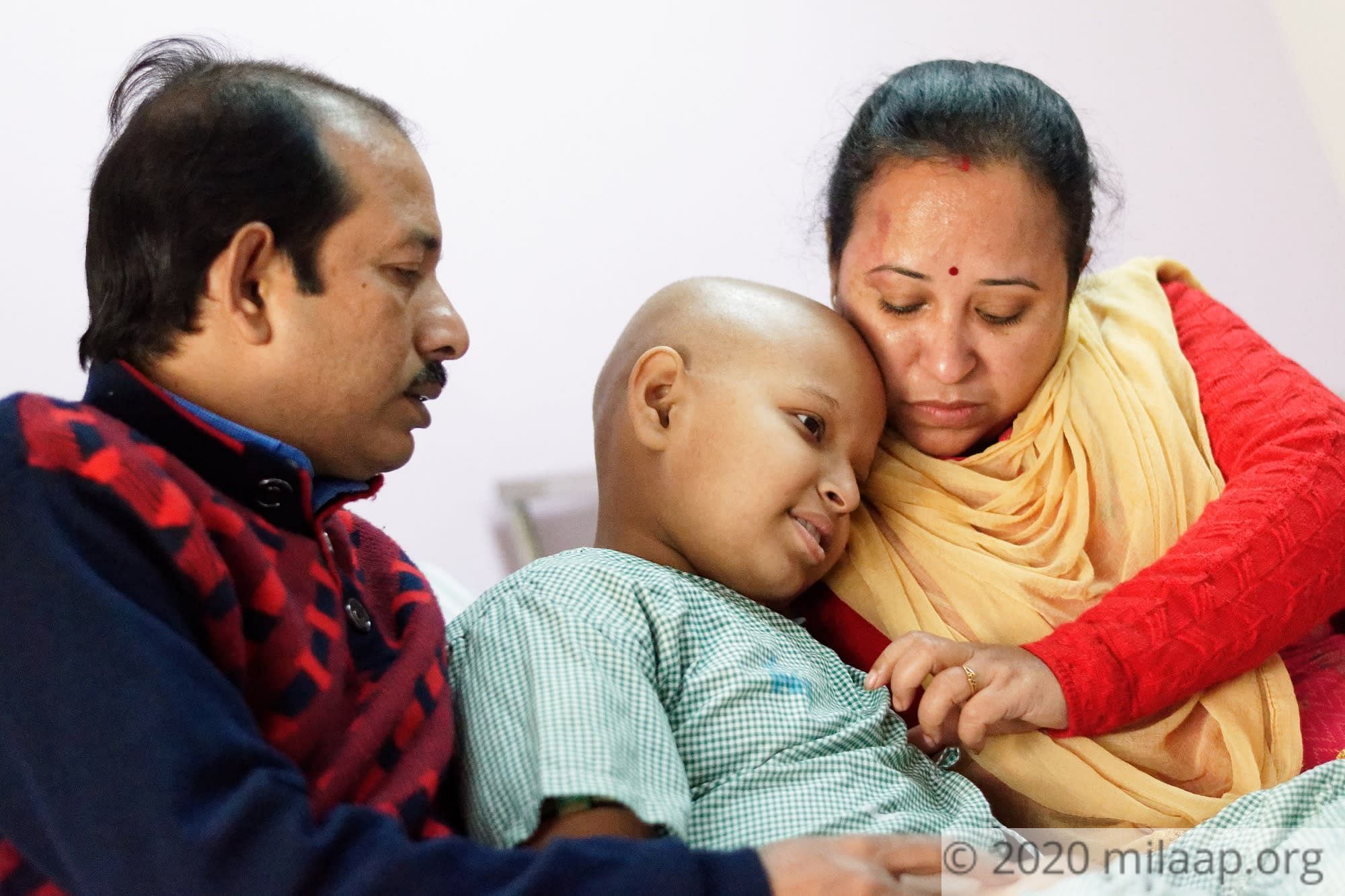 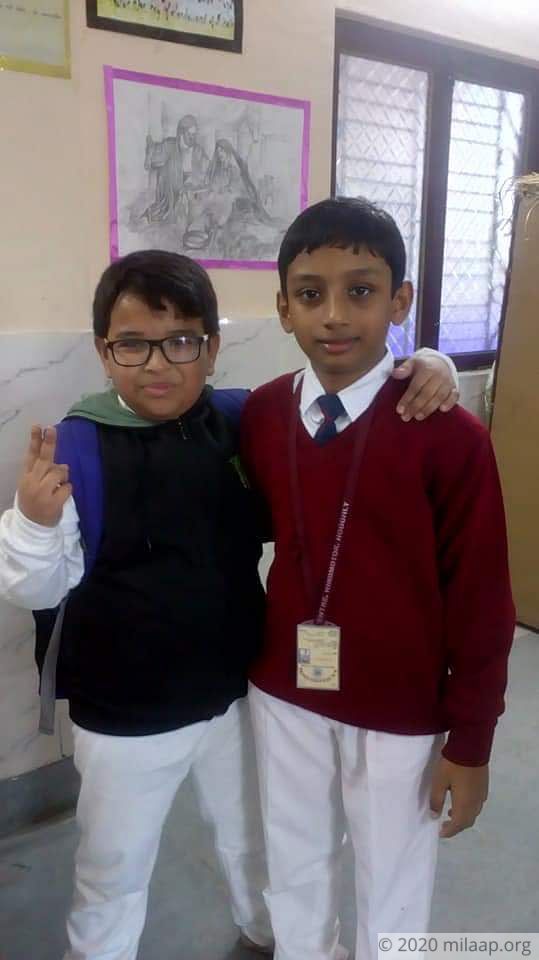 "I don't know why Ma and baba always keep crying when I'm in the hospital. I tell them not to, still they don't listen to me. I miss my cricket practice and if I was playing this time, I'm sure I would've hit 5 sixes alone. But doctor uncle has told me that after my operation, I can play as many matches as I want. Before I went bald I used to look like Salman Khan, wait I will show you a photo of me with hair." - Aneek (11)

Talking to him, you will hardly believe that his chemotherapy is going to happen in the next hour. That's how talkative Aneek is. But he doesn't understand now how deadly cancer can be. He thinks just like his fever, cancer will also go away very soon.

Surgery is the only way to save little Aneek now

In January, Aneek used to have mild muscle pain. Thinking it to be due to cold, doctors just gave him a few pain relief medicines. He used to be fine after that. In the following months, he used to keep falling sick frequently and be down with recurring fevers. In August, finally his MRI reports revealed he has Ewings Sarcoma - a type of bone cancer.

"I noticed some rashes behind his ears in August. Then his stomach started bloating. First, we got to know about an obstruction in his urinary tract and took him to Vellore for a surgery. After all the reports were done, we found out about his cancerous tumour. They told us he has to get a surgery soon." Debabrata, father

His father lives in the fear of losing his job

Debabrata works as an office peon. With all his savings, he took Aneek to Vellore for treatment. After spending 3 lakhs over there, he had to return to Kolkata because it was financially not possible for him to afford the surgery. He has been even losing on his monthly income of Rs.5,500 and lives in the fear of losing his only job now. Aneek's surgery will cost him around 4 lakhs and he just has a week to arrange. If he fails to do that, he might lose his only son.

Cancer is making every effort to take their son's smile away

"I'm seeing my son become frail day by day in front of my eyes. He had to shave his hair off and his nails are turning black due to the chemotherapy. He vomits whatever he eats, even though his taste buds makes every food taste bland, he has never complained. The only thing that pains him the most is he can't move his hands like earlier. He can't play cricket anymore, he can't run and he can't be a normal kid because of cancer. Cancer is making every effort to take his smile away and I'm scared my baby will give up."- Kajuri, mother

Aneek has been through with 5 doses of chemotherapy till now. Before moving ahead with the remaining doses, he has to get his tumour removed. They are running out of time and any delay in his treatment can cost Aneek his life.

Please show some support to save Aneek's life. 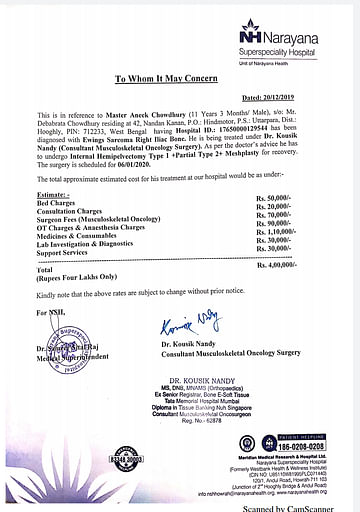 Click here to know more about Aneek Chowdhury
Donate now
OR
Click here to read the instructions before you make a bank transfer.

Donated to this campaign via Paytm? Click here if you can’t find your donation listed below.
A
Amlan donated Rs.1,000