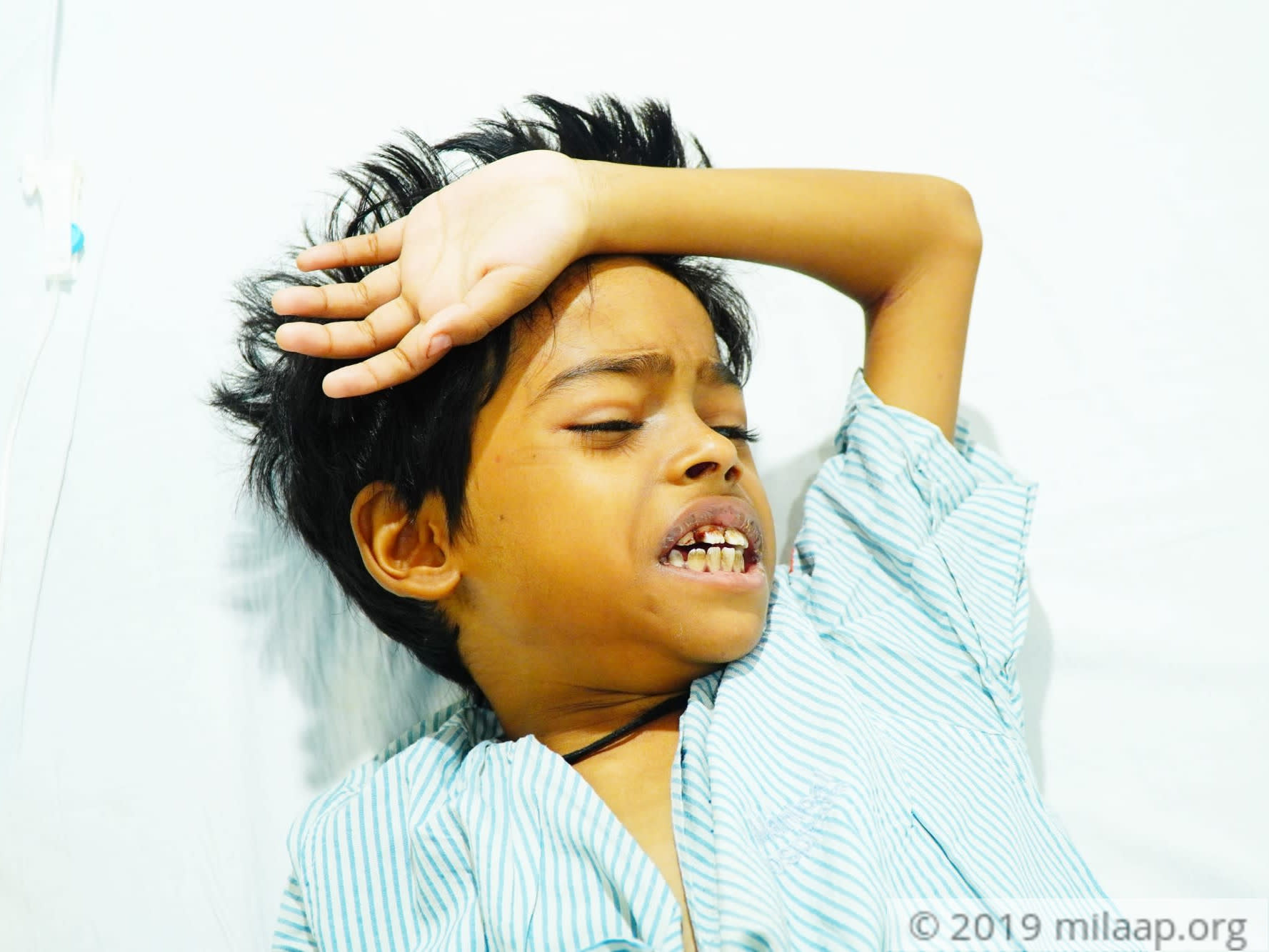 Share
“It’s like he has been reduced to a sack of bones. Look at his arms, you can even count his ribs! Look what the disease has done to my boy! They said he has cancer, they said he is critical. But then what about those medicines they gave him? It didn’t...didn’t cure him?” - Omkar breaks off mid-sentence.

His 7-year-old is writhing in the pain of blood cancer. His stomach hurts, his head aches, he has a high fever. His only cure - chemotherapy. But this poor child won’t stand a chance at life if his daily wager father can’t continue the treatment

His screams will break your heart

“All these months he constantly had a fever, he kept bleeding from his gums and his stomach?... it swell so much that it is scared the doctors too.We were asked to come to Jaipur but we never thought it would be cancer. His stomach... it still hurts. He cries screaming in pain and nothing we do makes him feel better.” -Saroj

Amit needs to start chemotherapy at the earliest. It is the only thing that can save his life from this painful disease but Omkar has already exhausted all the money he had in those 3 months. All he has now is a few hundreds and the treatment would cost him 12 lakh rupees.

“Each time we visited a doctor, the tests and medicines would cost us some six to seven thousand rupees. I spent every penny I had, I don’t know what to do anymore. I am just a labourer...12 lakh rupees? How will I...?”

Omkar works as a daily wage labourer in Kota. He gets Rs 300-400 a day and that too if he manages to get work. But since Amit fell sick, he couldn’t go to work. All this while he survived by begging and borrowing from people he knew but now he is completely helpless with no source left.

“He loved playing so much that he used to refuse to come back home unless scolded and now… now he just lies on the bed all day and does nothing. He fell so silent that it scares me.” - Saroj

They can’t go home, they can’t stay, they are desperate to save Amit. You are their only hope. Your contributions can help Omkar and Saroj save their son’s life. Your help can end Amit’s pain.
AP
Patient Amit Prajapat is 7 years old, living in Jaipur, Rajasthan
MH
Being treated by Dr Satyendra katewa in Manipal Hospital, Jaipur, Rajasthan