17-Year Old Woke Up In The ICU After Days Only To Know He Has Cancer | Milaap
loans added to your basket
Total : 0
Pay Now 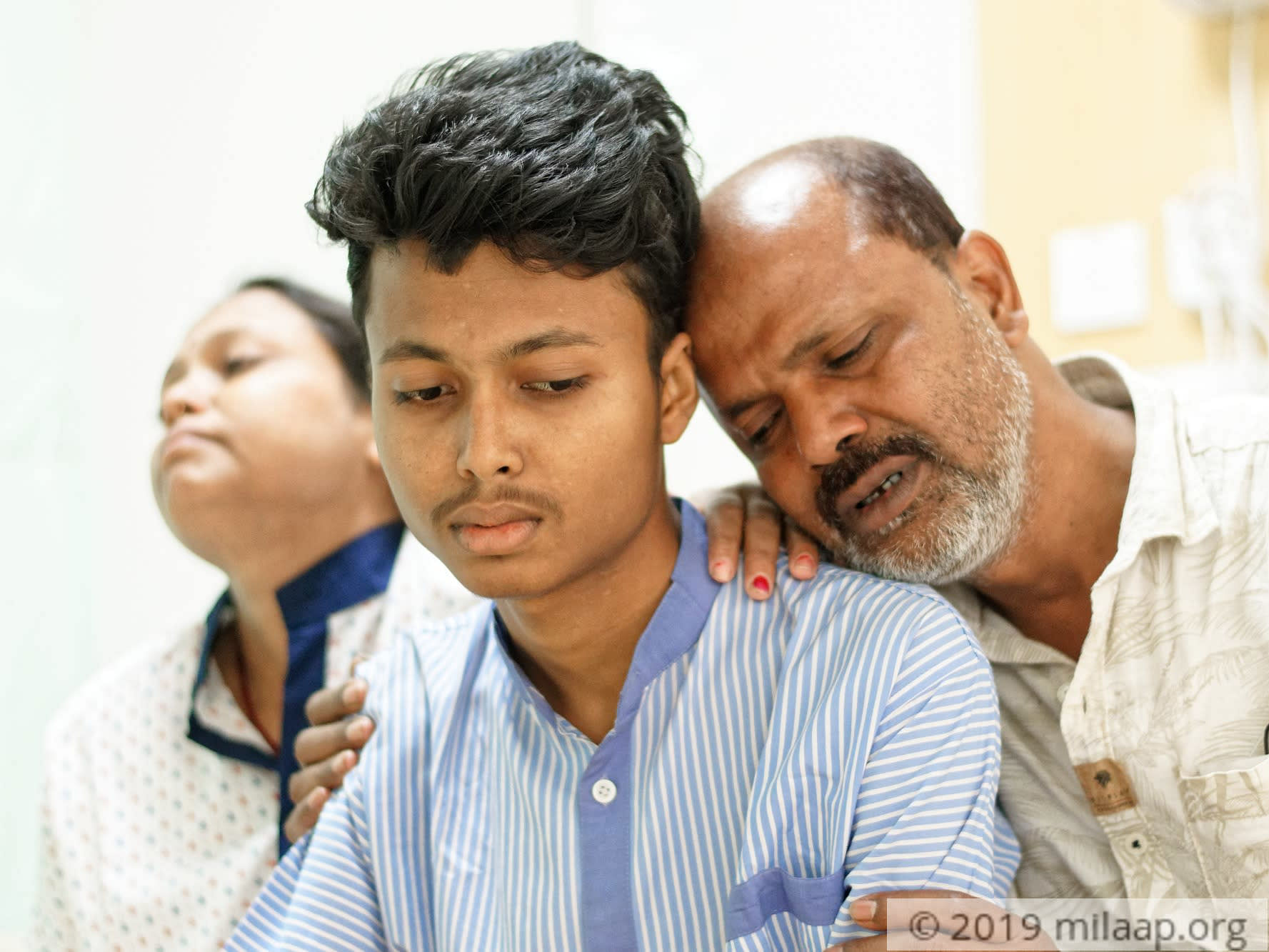 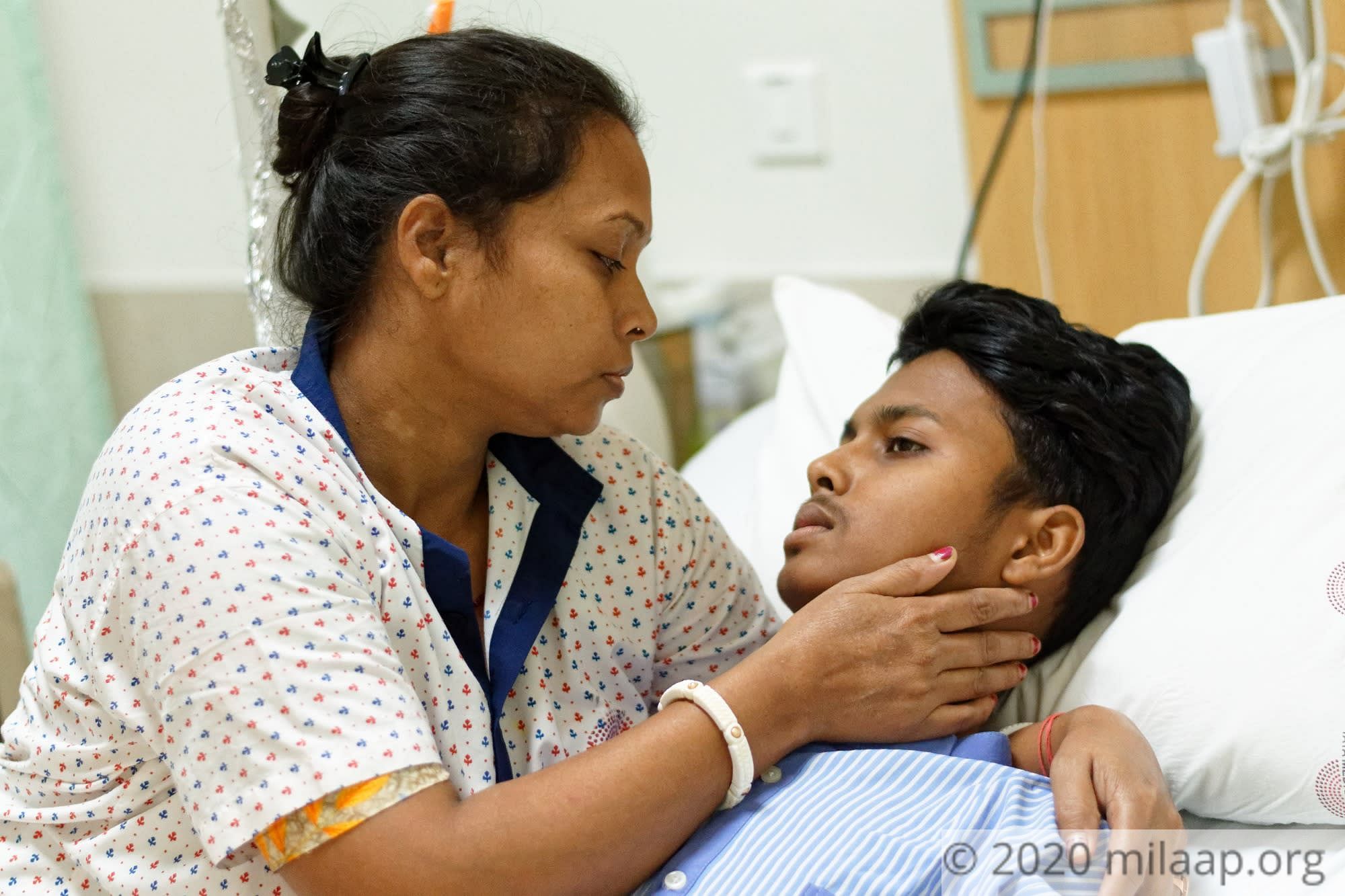 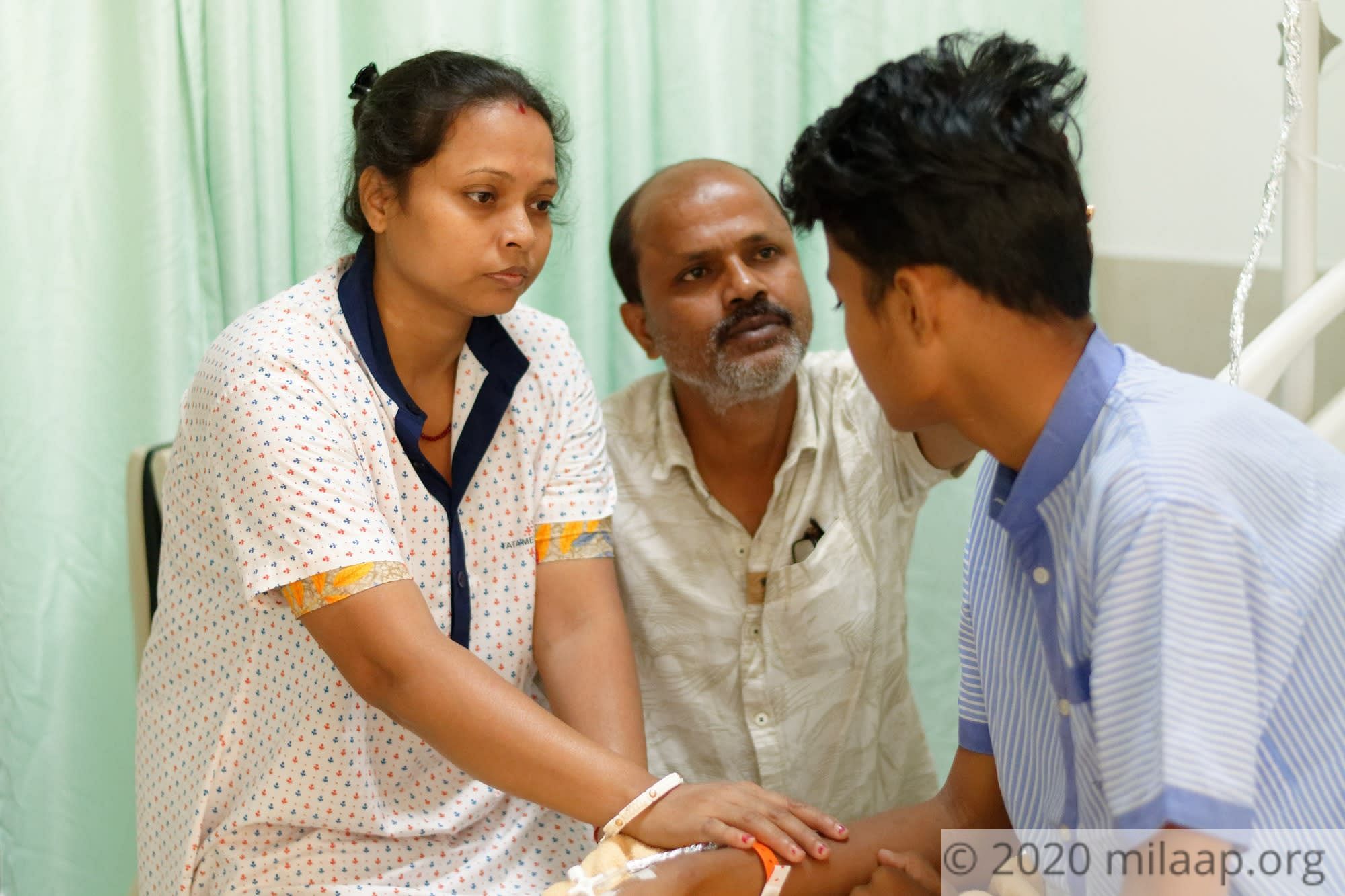 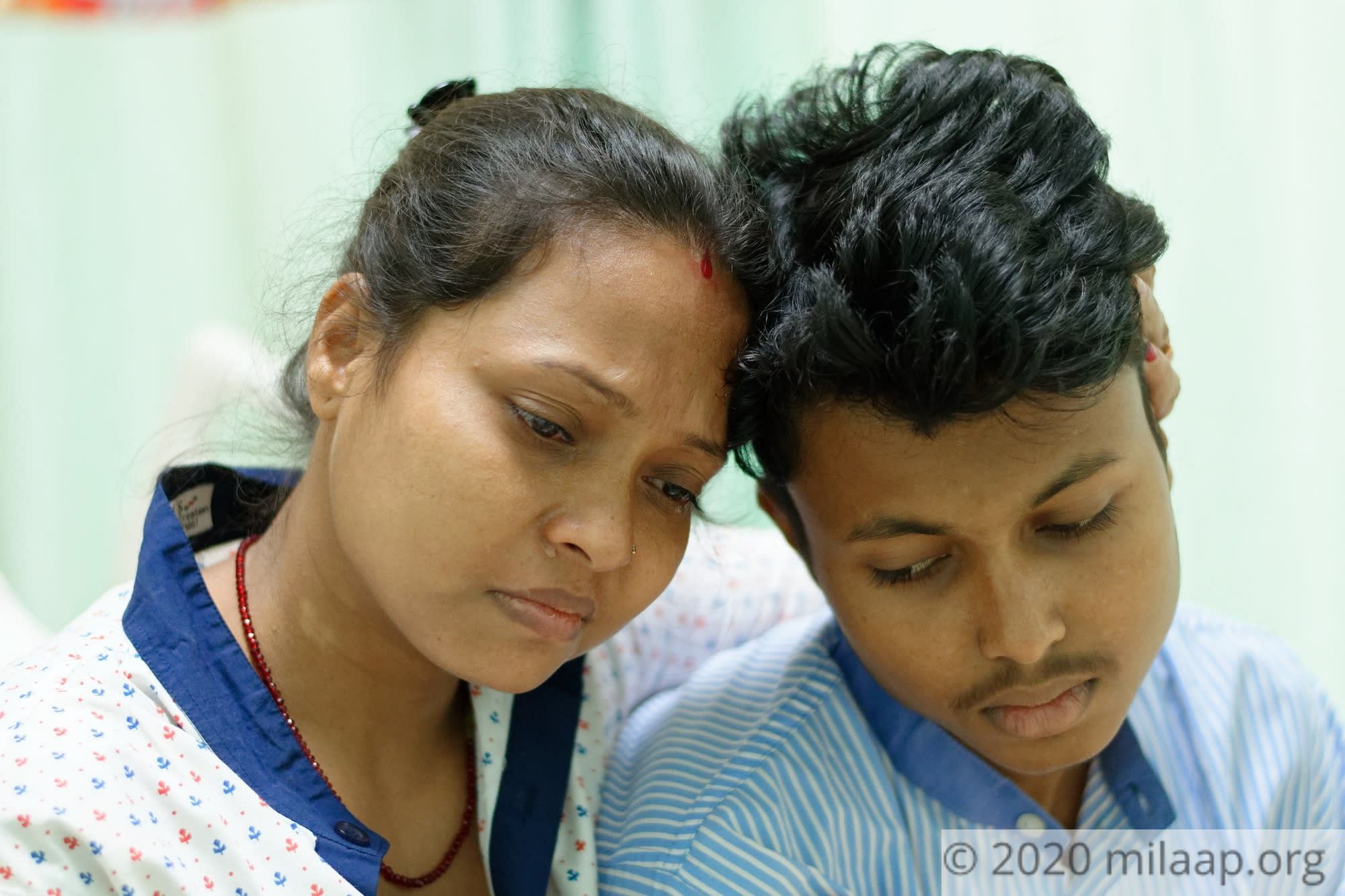 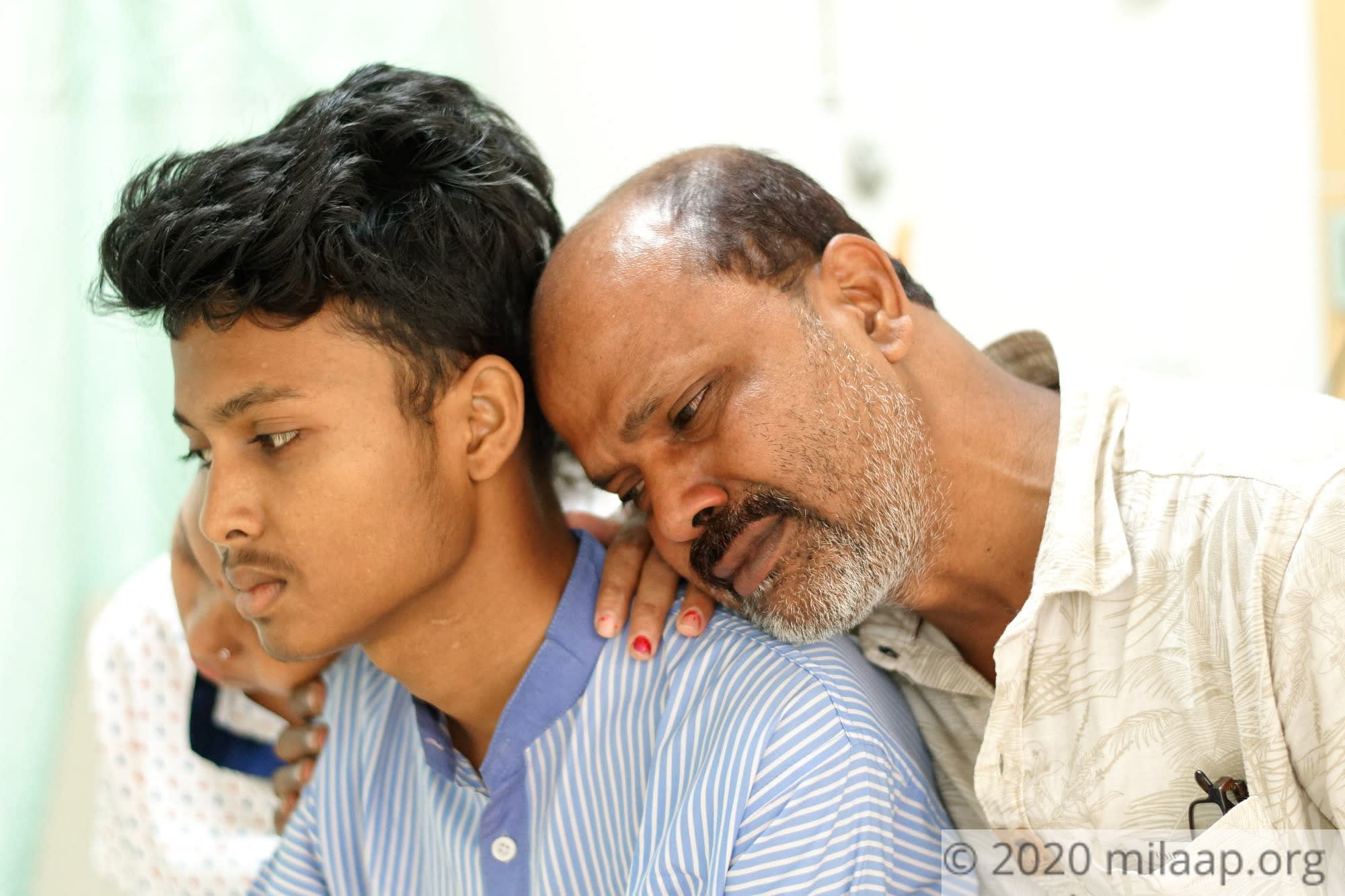 "When they saw the lumps around my neck, my classmates started avoiding me. Nobody wanted to sit next to me in the class. They were worried that it could be contagious. I had no option but to miss my exams because of that. I didn't know what I was thinking to be just pox, could actually kill me… that it could be something as huge as cancer,"- Aman (17).

Indramohan and Rekha came all the way to Kolkata from Tripura for their son's treatment when they got to know that he was suffering from Acute Lymphoblastic Leukemia - blood cancer.

The lumps started spreading fast, Aman was getting critical

Since November, Aman's constipation had caused him so much distress, his stomach had started swelling. Then came the lumps. They started spreading all over his tonsils, ears, legs and face, things started getting serious. His parents waited for weeks thinking it to be measles or chicken pox, but this delay nearly cost him his life. His condition became so bad that they had to admit him to the ICU.

"When we got to know about his blood cancer, Aman was lying motionless in front of us. The entire time we were thinking what if our son doesn't wake up now. But finally due to Kali Ma's grace, he opened his eyes after days. We felt as if someone returned us our life, but when we saw him we didn't know how to look him into the eyes and tell him he has cancer,"- Rekha, mother

After Aman came to his senses, Indramohan and Rekha knew one thing - that they have to do whatever it takes to save his life now. But the only question haunting them was how? For Indramohan to afford 8 lakhs all at once...he doesn't even know how many years it will take to even get half the amount.

"I don't even have anything that I own under my name to sell and get some money for his treatment. Just his medicines and injections cost Rs.10,000 daily. My condition is such that if I don't do anything soon, I will not even have the money to be able to keep him in the hospital. I don't know how much time I have to save my son..."- Indramohan, father.

Aman will take a year of chemotherapy and care to recover from cancer. If his treatment keeps delaying like this, the cancer will spread soon and it will be too late to save him. Indramohan and Rekha may lose their only son just because they don't have any means to get 8 lakhs more.

Life would have been different for Aman if cancer didn't threaten his life. He would be studying and participating in the cricket matches like earlier. Being a cricket fan,he missed his sports ground the most - where he was fearless. Now he lives in a constant fear of not even making it past the next day. His only shot at life now is if we help him. Please help Aman to beat cancer. 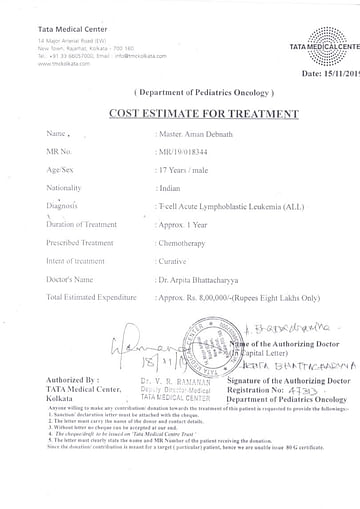 Click here to know more about Aman Debnath
Donate now
OR
Click here to read the instructions before you make a bank transfer.

Steve $7.19
A
Anonymous Rs.500
4 others have contributed
Click here to know more about Aman Debnath