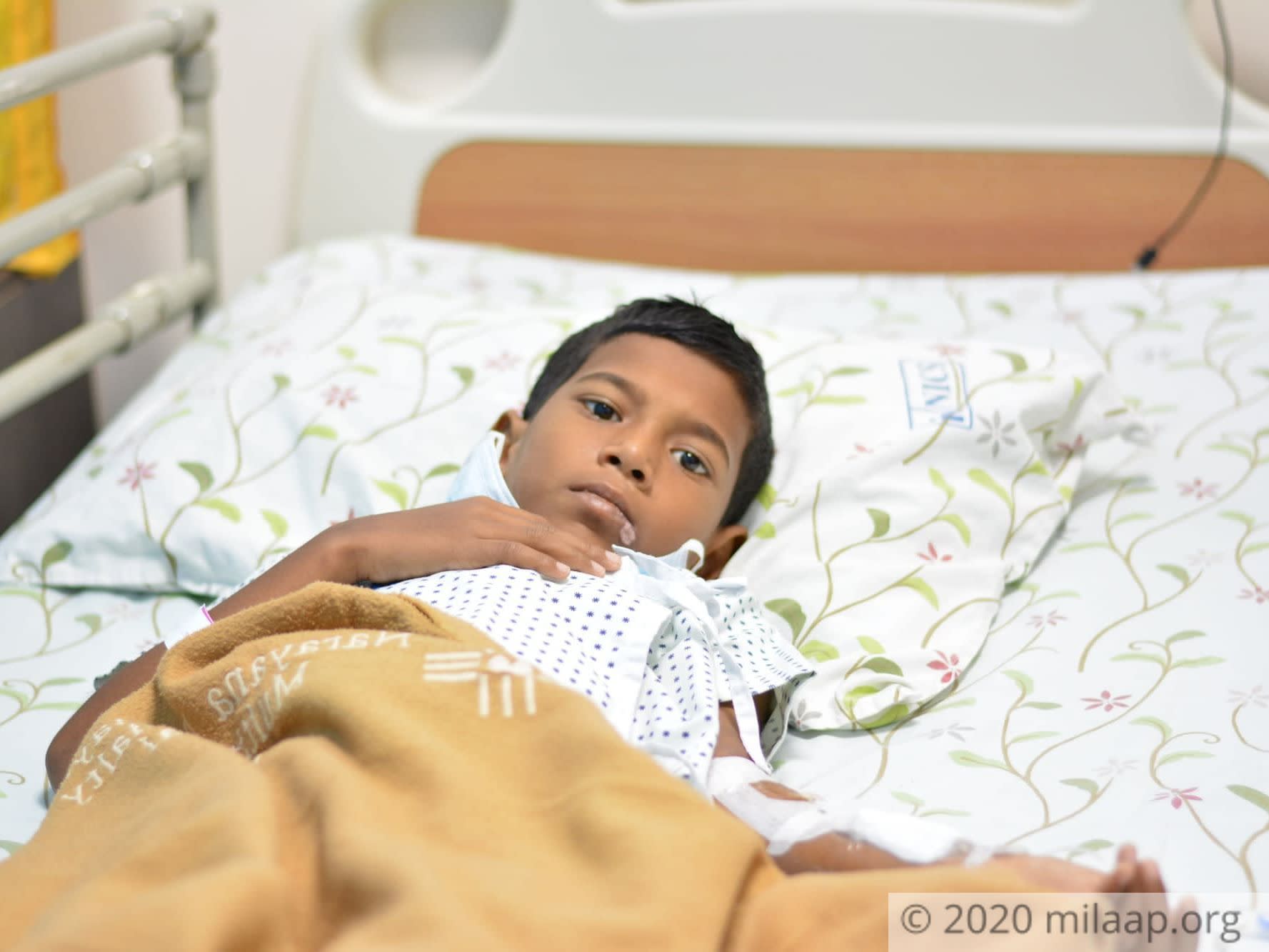 Share
In January last year, some bruises appeared on his right hand. I didn't know where they were from, thought he must've hurt himself in the door or something. Two days later, there was the same dark bruising on his leg and lips as well! He told me he did not fall anywhere. That got us worried.
We took him to the doctor and after taking blood tests... we got to know of his cancer.
– Bagavant, Father 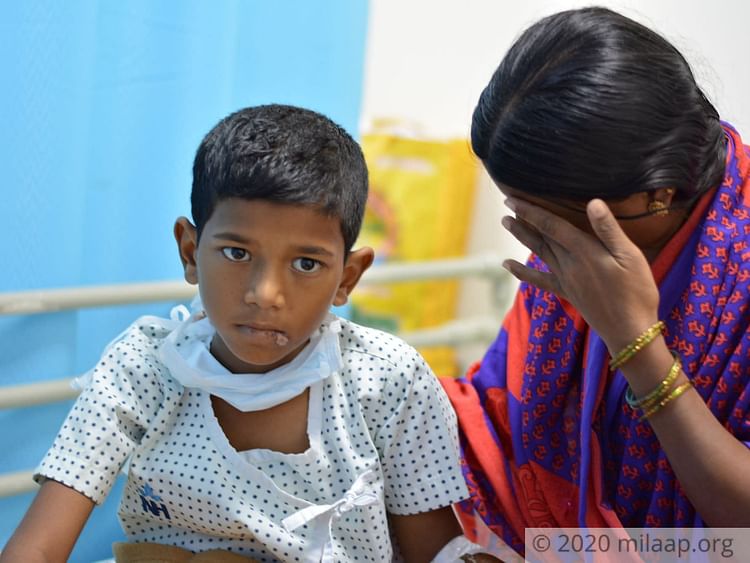 “I really don’t know what to say. I just need my son Akash to be healthy and alive, only then he can study well and become a successful man. I want to see him lead a happy life, it shouldn't be led inside the four walls of the hospital. It’s like a prison to him. He needs to be saved from this suffering.” – Bhavramma, Mother

Akash was admitted to the hospital in Bidar, Karnataka, a year ago. On diagnosis, the parents were informed that their son has Acute Myeloid Leukemia, a cancer of the blood and bone marrow with excess production of immature white blood cells. It's a life-threatening condition. 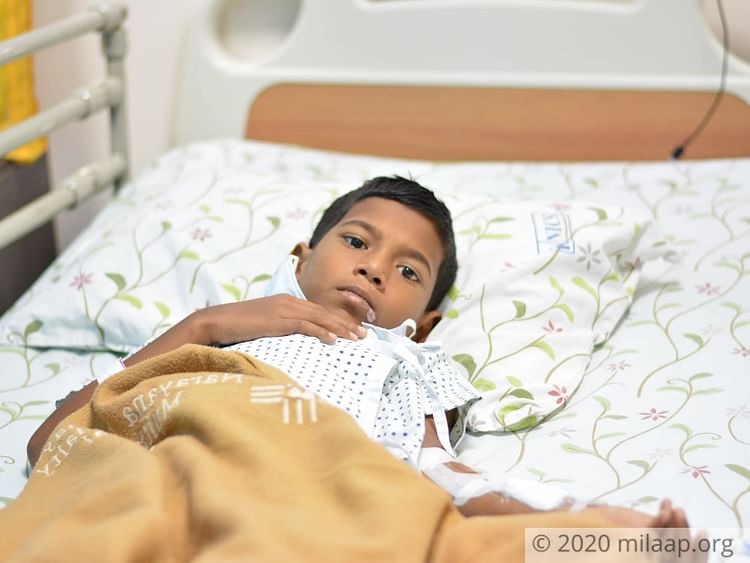 Akash has been on chemotherapy for a year now. Bagavant has spent nearly 7 Lakh Rupees for the treatment so far, and yet his condition is critical. Only an immediate transplant can save him, but the cost to bear is too high for Akash’s father. 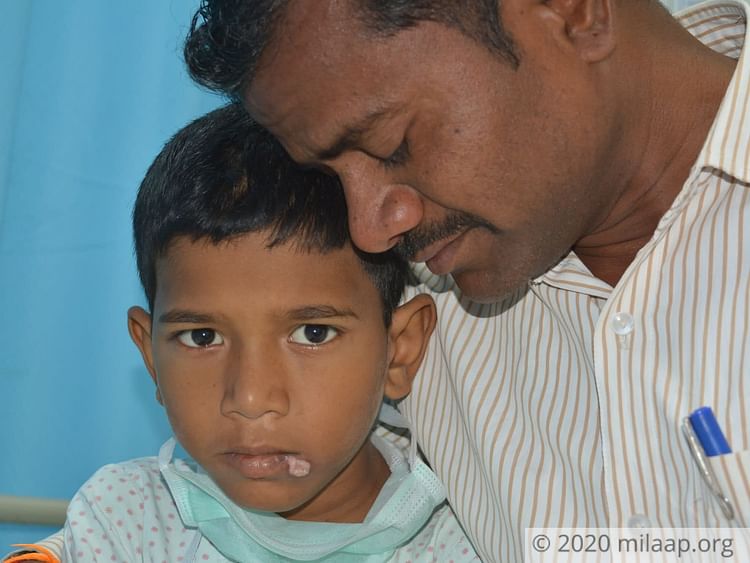 This father is struggling with sleepless nights  to save his son

“I work as a technician in Karnataka Electricity Board (KEB) for a salary of 12,000 Rupees a month. However, for almost a year now, I’m paying bank EMI close to 7000 Rupees for the loan I took to start Akash’s chemotherapy. Now, I require another 30 Lakh Rupees and I have nothing to raise that amount. I don’t know how to save my son. I've not even been able to sleep properly, worrying about this every day. Only you can help me now.” - Bagavant, Father