On His 5th Birthday, He Was Lying Unconscious And No One Knew If He Would Wake Up | Milaap
loans added to your basket
Total : 0
Pay Now

On His 5th Birthday, He Was Lying Unconscious And No One Knew If He Would Wake Up 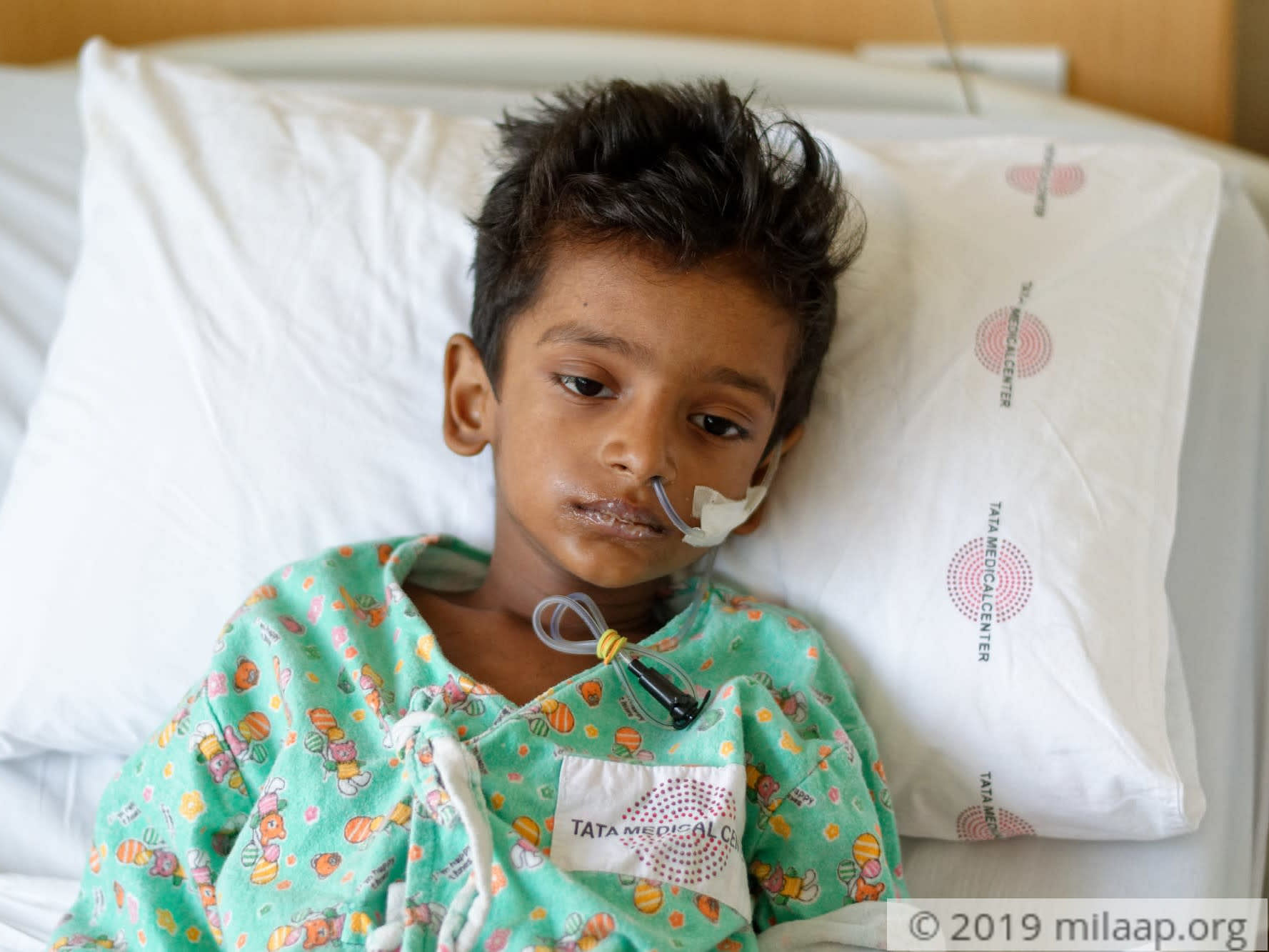 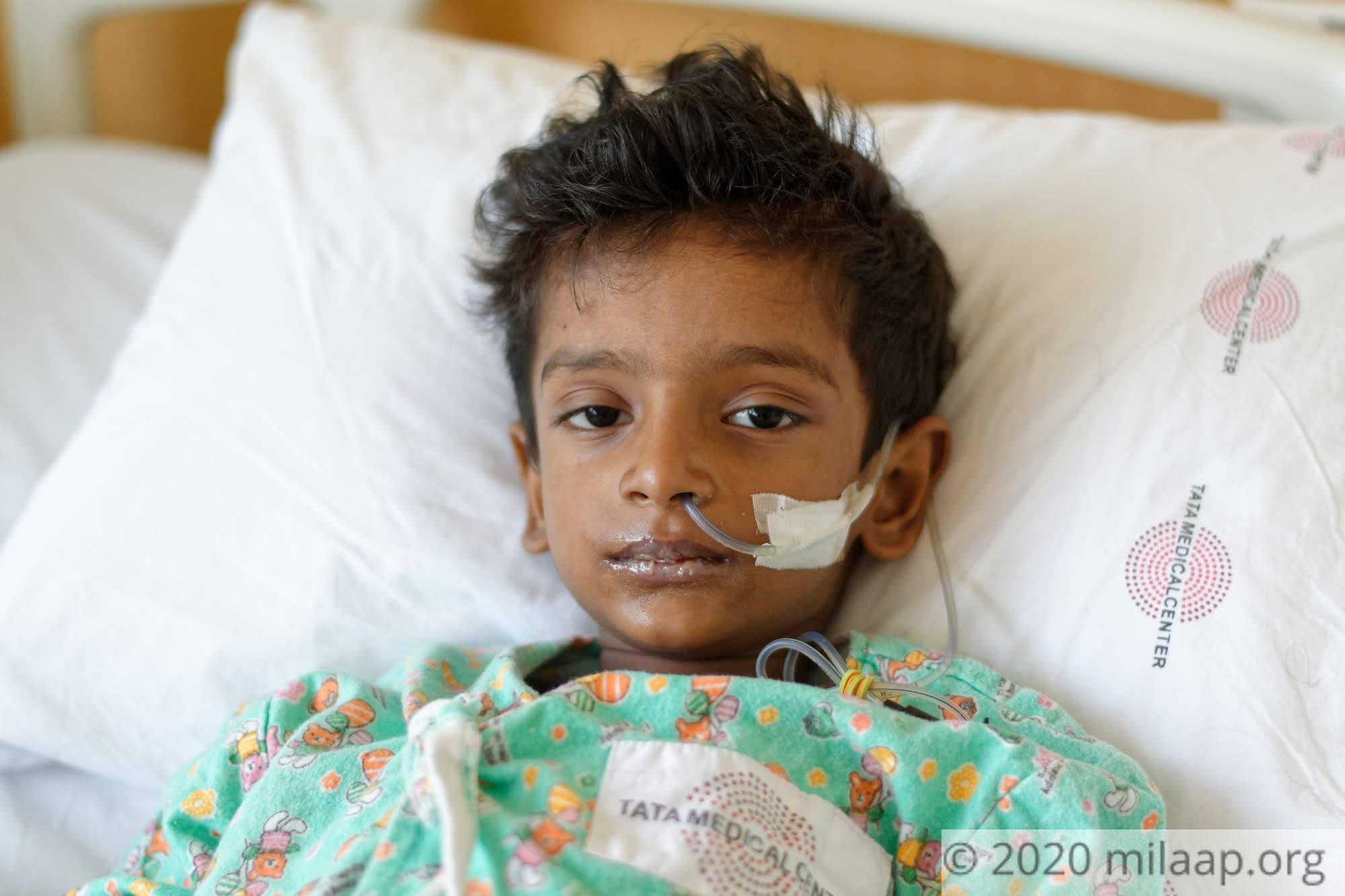 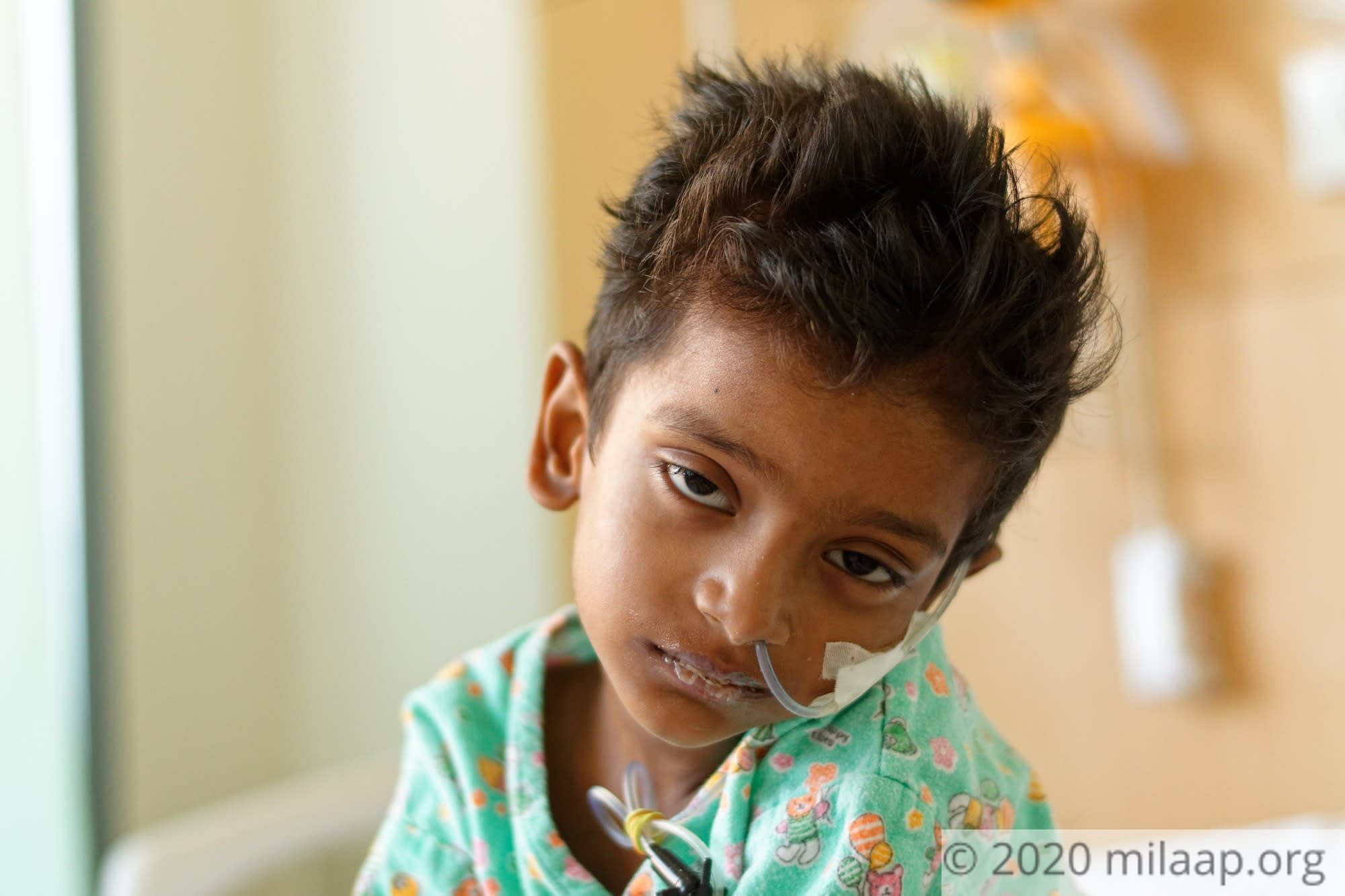 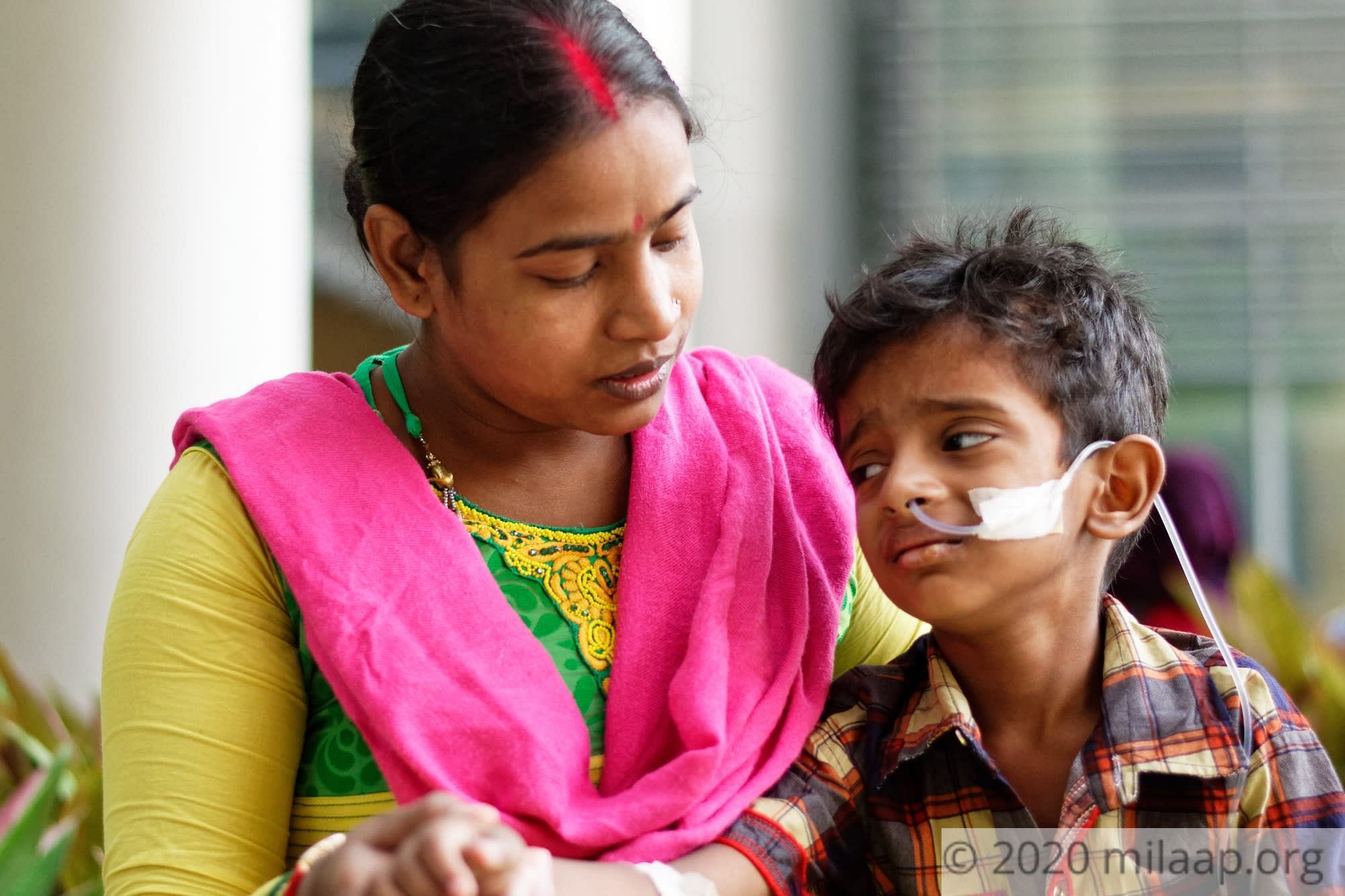 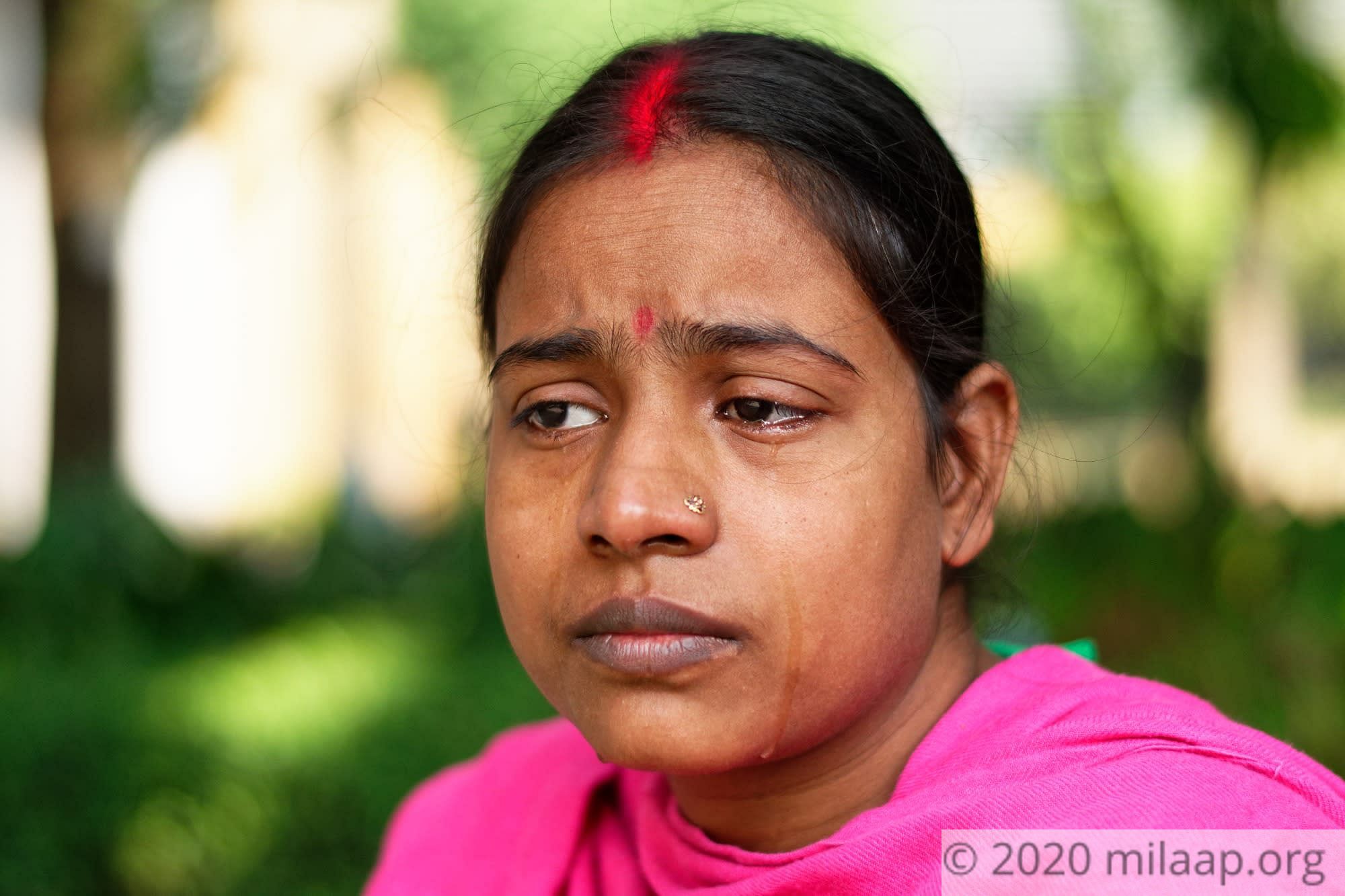 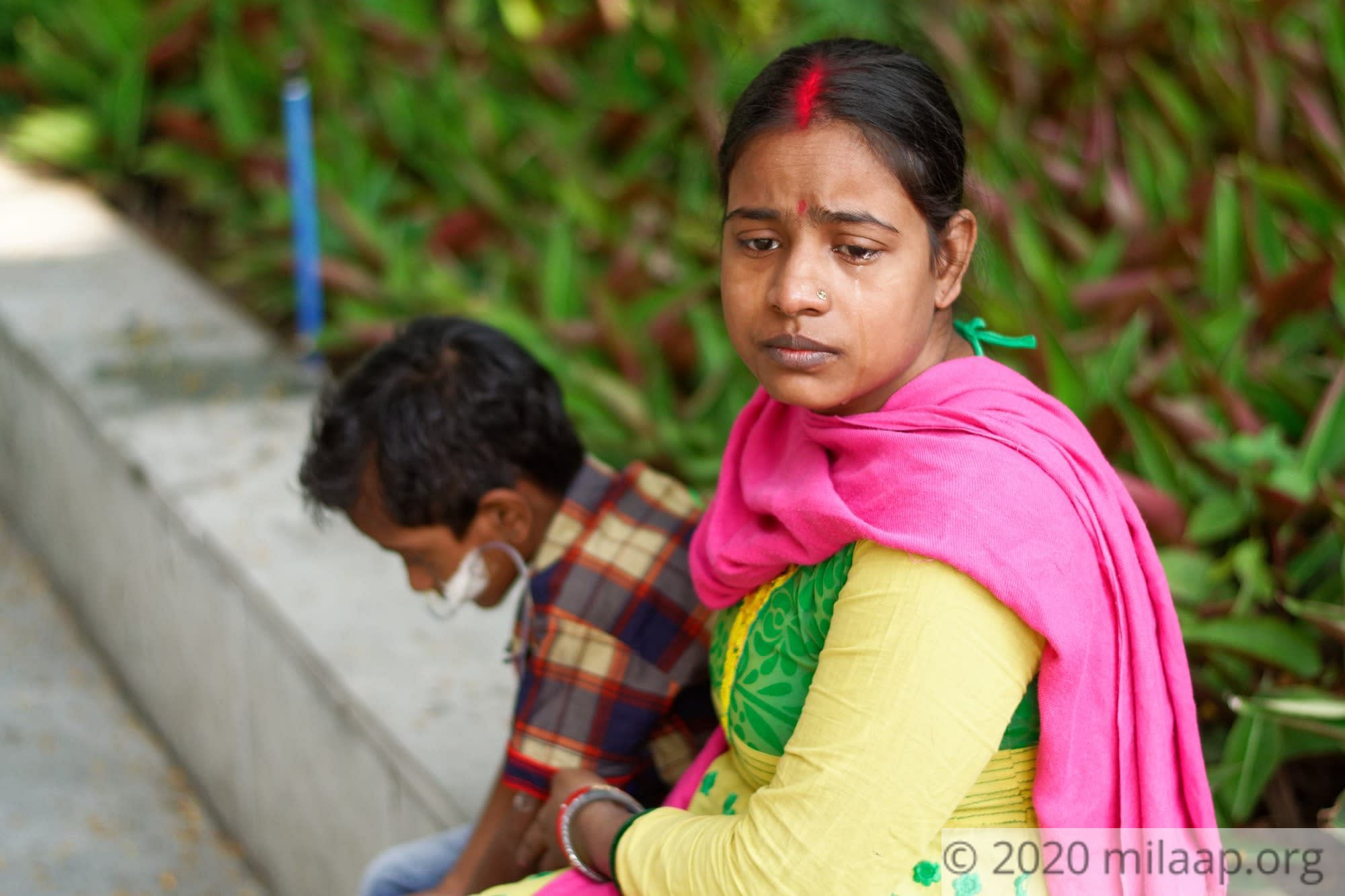 Share on facebook
Aditya started planning for his 5th birthday at the beginning of this year. After months of convincing, his parents had finally promised to get him a cycle in October. With each passing day, it was getting difficult for him to contain his excitement. He couldn't stop talking about all the things he would do on his birthday - eat his favourite cake, play with his friends, and ride his new cycle. Little did he know that on the actual day, he would be lying unconscious on the hospital bed after his chemo.

"Till now he is being fed through tubes, as he is unable to have solid food. On his birthday, I couldn't feed my son his favourite cake. I try to remind him of those happy days but I can hardly find my old Adi in him now. My son who wouldn't stop gushing about his birthday, hasn't even asked me once for his cycle."- Nilam, mother

Almost twice a week, Aditya used to be down with fever. This went on for a month. Since it was Durga Puja, his parents thought it was just the tiredness. Sometimes, his lips chapped so much, they would start to bleed.

"He lost 5 kgs in September, that is when I consulted a doctor who advised us to get his blood tests done. That very evening, we got the reports. It was a little unusual because his reports were supposed to come the next day and not so soon. I was worried, but I wasn't prepared to hear that he has blood cancer! "- Nilam, mother

As soon as Nilam and Jai Prakash got to know about Aditya's Acute Myeloid Leukemia (AML), they decided to take him to Vellore for treatment. But upon consultation with the doctors here, they were told that his condition is so critical that he may not be able to withstand such a long journey. With the help of their personal savings, they hospitalized him here and started his treatment immediately.

After losing his job at a private firm, Jai Prakash now works as a labourer

Jai Prakash is trying to sell his land off at whatever rate he can because it's becoming very difficult for him to be able to afford Aditya's chemotherapy now.

"I used to work at a private company earlier that shut down. For months I had tried to search for another job but it was all in vain. With no income at all, I had no option but to take up some labour work. Now I load and unload goods from transport and they pay me about Rs.4,000. It isn't enough but it feeds my wife and kids." - Jai Prakash, father

Jai Prakash and Nilam have 3 more kids, Aditya being the eldest. They could somehow manage to keep his treatment going on for 2 months but now they can barely manage it anymore. Even after selling off his land he will not get anything close to 8 lakhs, an amount he needs for Aditya's remaining chemotherapy.

Nilam has no option but to travel 5 hours every day

Nilam had just given birth to a daughter and she travels 5 hours daily from the hospital to her house, so that she can breastfeed her 8-month old daughter but also be with Aditya at such a critical time. It is not easy for her but she believes that Aditya will be better soon which is possible only if they can somehow manage 8 lakhs more. Aditya was about to start his school but now he is fighting to beat this deadly blood cancer.


Every day Aditya is losing his fight to stay strong. The pain is unbearable for him. Only with proper treatment, his parents can put a smile back on Aditya's face. Please help them save their son - Aditya. 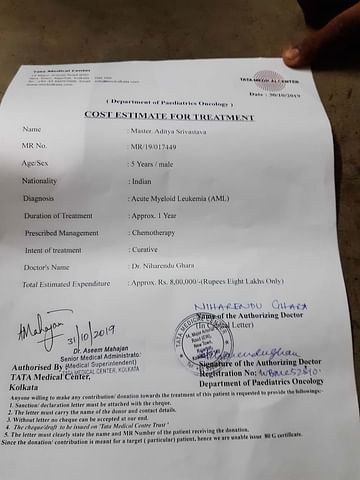 Click here to know more about Aditya Srivastav
Donate now
OR
Click here to read the instructions before you make a bank transfer.

We will pray to Jesus for your healing and good health

We will pray to Jesus for your healing and good health

Get well soon..may God bless you