4-Year-Old With Cancer Begs Parents To Hide Her So That She Doesn't Get Painful Injections | Milaap
loans added to your basket
Total : 0
Pay Now 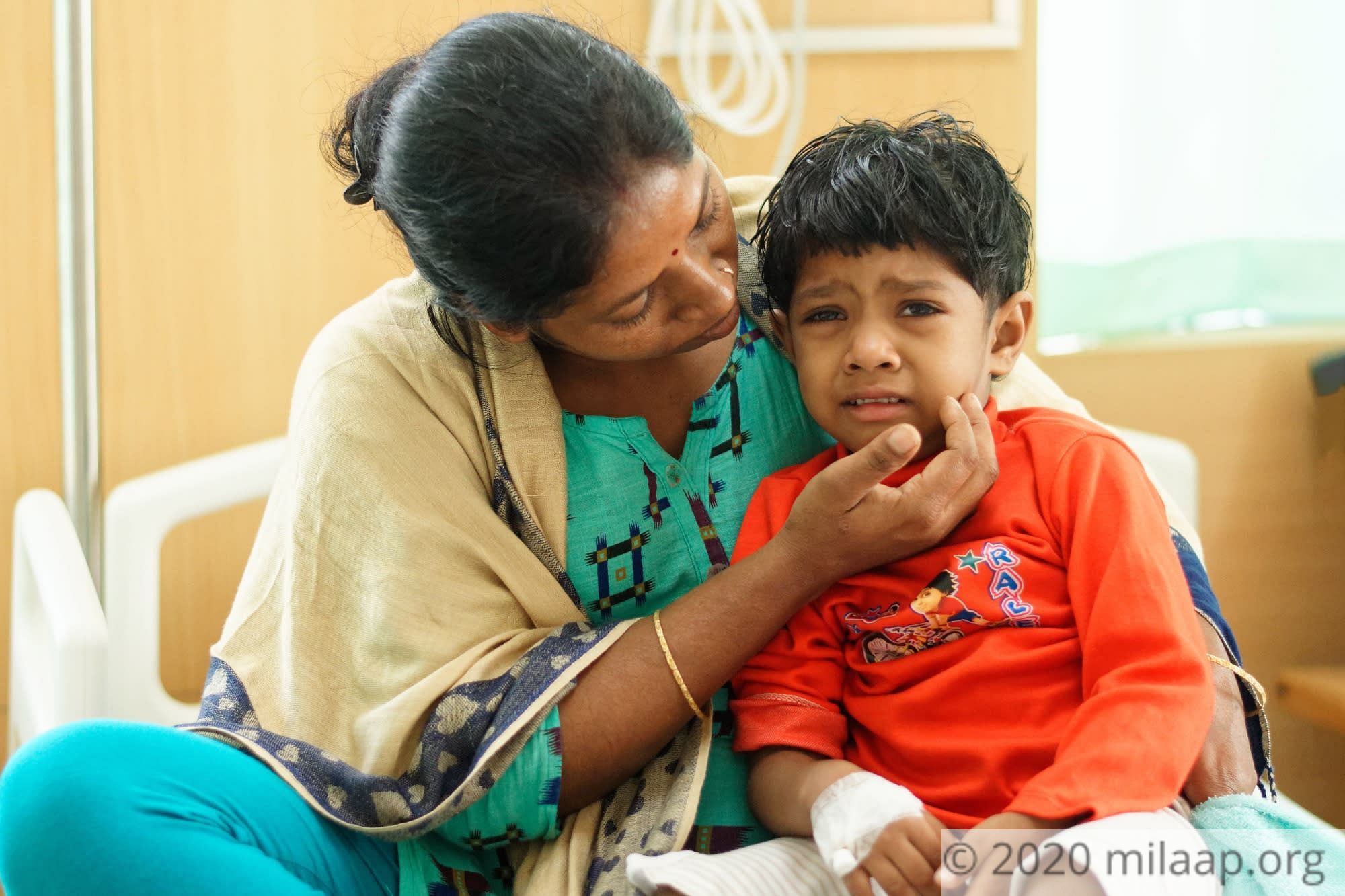 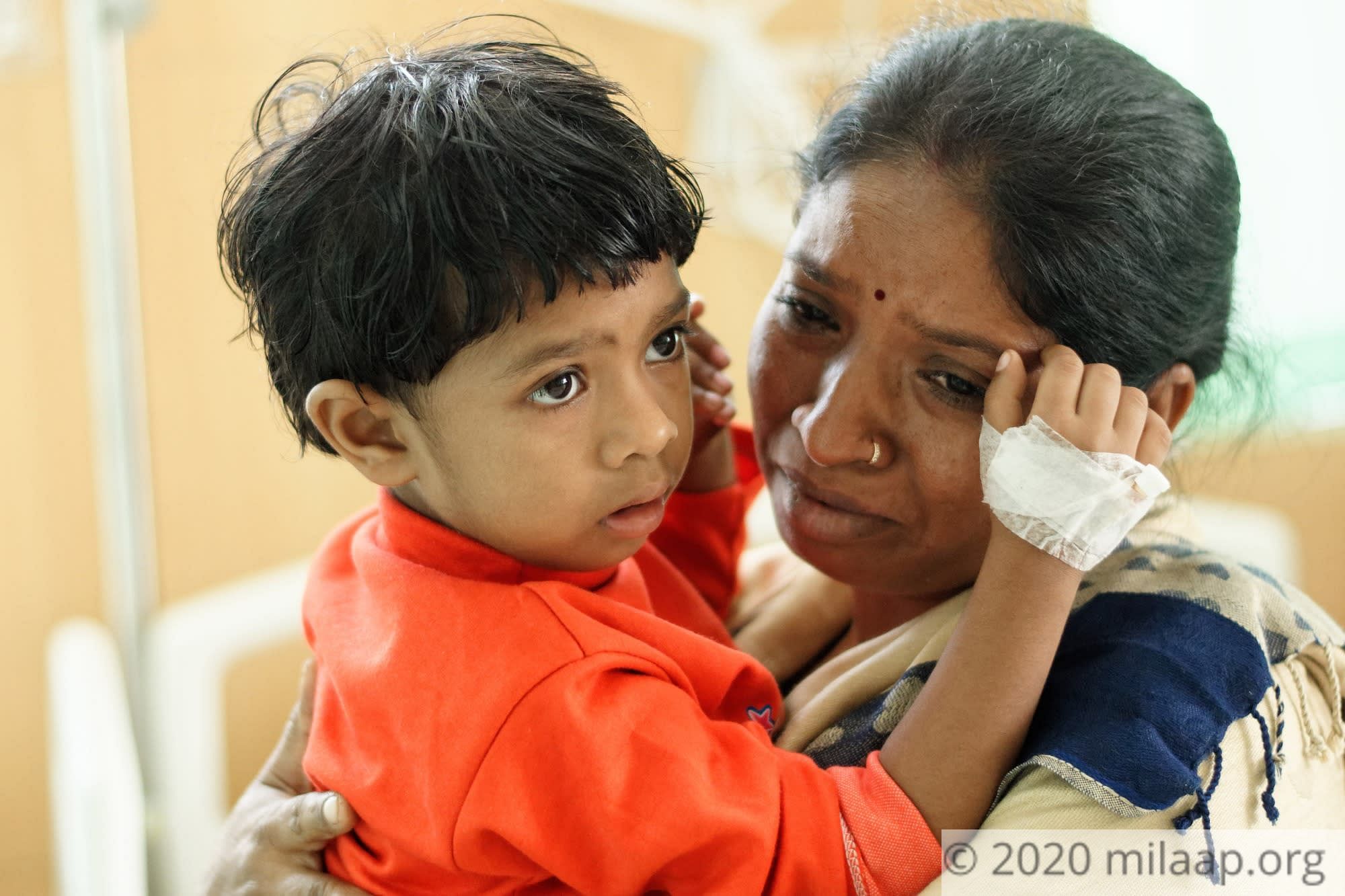 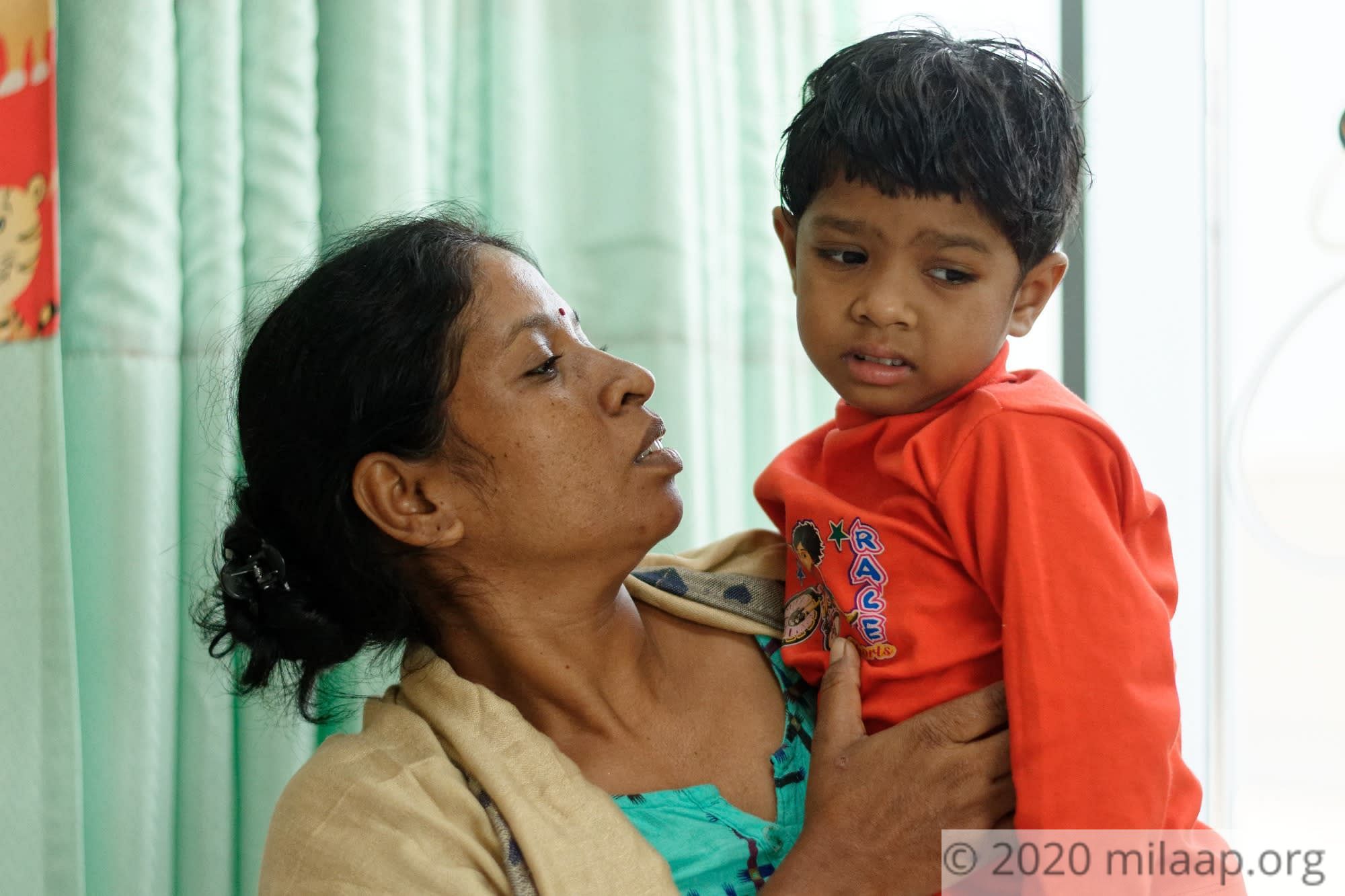 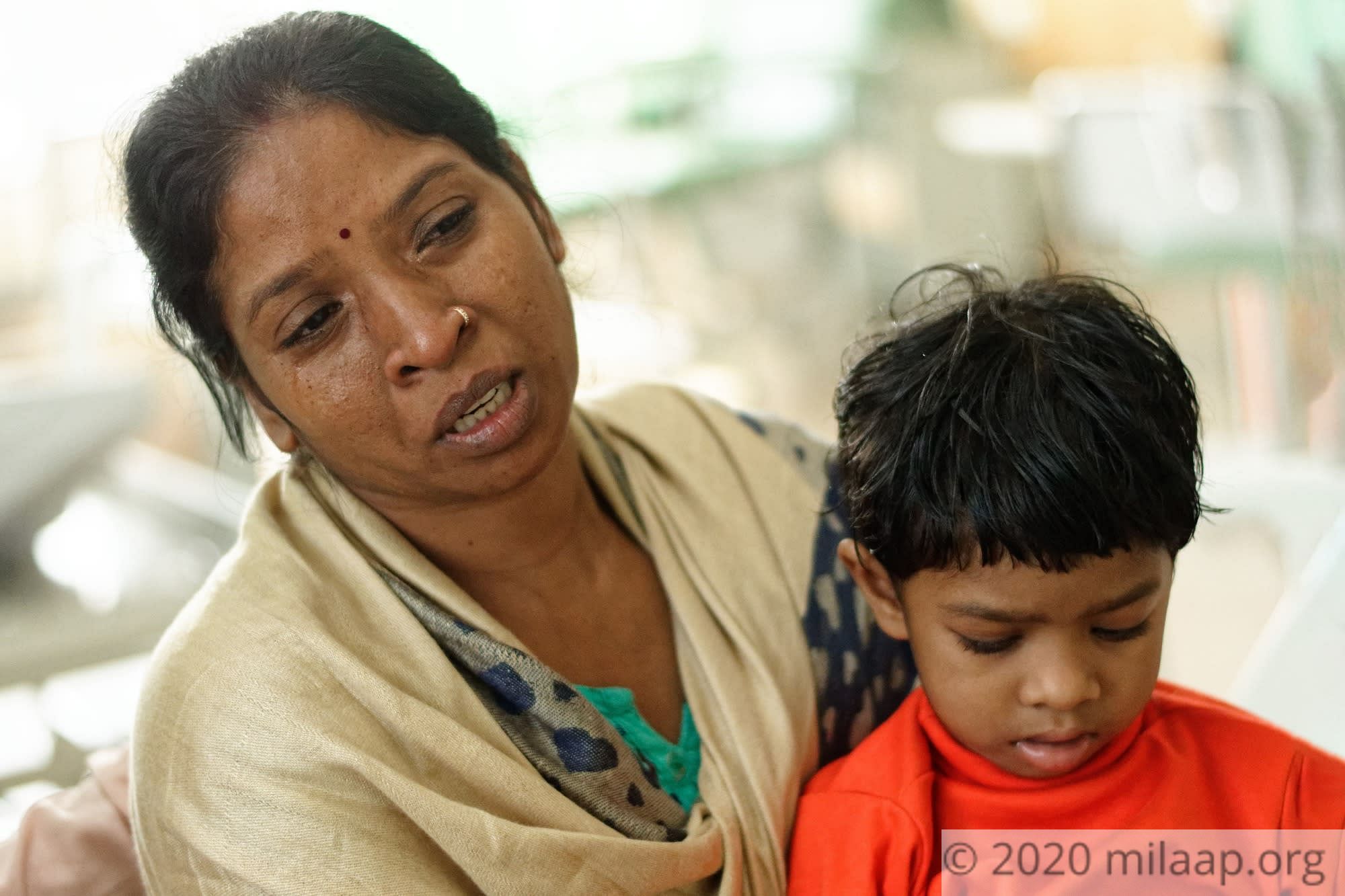 "Ma, when will I go home? Everyone is going back from here. Why aren't you taking me back? Please hide me at home so that they can't come there with injections" - Aanvi (4)

Ever since the kid next to Aanvi's bed has been discharged, she has been asking her parents the same thing. But her parents have no answer, even they don't know when will their daughter's fight against cancer be over.

Since July, Aanvi has been running a high fever, severe enough to make her unconscious sometimes. Popping antibiotics at such a young age had caused allergic reactions too. Her blood levels dropped so low, she started having blackouts and immediately had to be given units of blood. That's how her parents got to know she has Acute Lymphoblastic Leukemia - blood cancer.

Unable to afford Aanvi's medicines, Ganesh had to stop sending his kids to school

Kiran and Ganesh have left their 8-year old daughter back home in Jharkhand. With every penny being used up for Aanvi's treatment, they had no option but to stop sending his kids to school. Even after all this, Ganesh has not been able to pool 3 lakhs that he needs for Aanvi's chemotherapy.

"We have a grocery shop and a small land to grow our own vegetables. I used to make a decent amount of Rs.5,000 from both of these but ever since Aanvi's cancer was detected, I've to spend nearly Rs.3,000 daily to keep her in the hospital. Even after spending all the money I had saved up, I still can't get my daughter treated. Now the condition is such that we have to stay in the hospital's charitable house - all 3 of us in a single bed because I can't afford to even pay the rent anywhere else now. My shop is shut for months."- Ganesh, father

A week ago she started school, now she is lying sick in the hospital

Aanvi had just started her school and needless to say she was excited to go to the same school her didi goes to. She loved wearing matching uniforms with her elder sister. But she couldn't even attend school for a week - cancer took away all her joys. She hasn't seen her for 6 months and they both really miss each other.

Only way they both can meet now is if we help her father to continue her chemotherapy. Please come forward to save Little Aanvi. 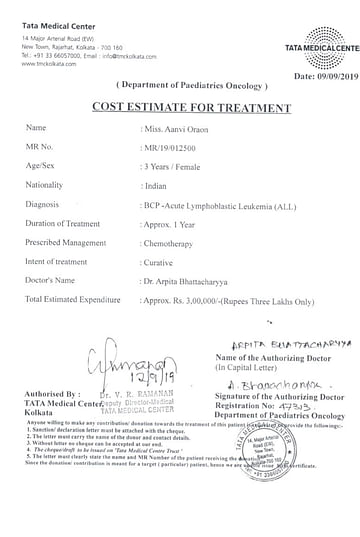 Click here to know more about Aanvi oraon
Donate now
OR
Click here to read the instructions before you make a bank transfer.