Help farmers leader Veerasangaiah in fighting Chronic Kidney Disease | Milaap
Milaap will not charge any fee on your donation to this campaign. 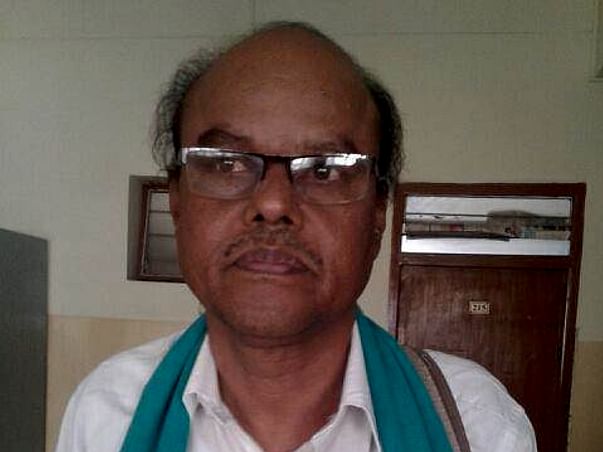 Mr. JM Veerasangaiah, 52-year-old, senior leader of farmers association KRRS (Karnataka Rajya Raita Sangha) has been fighting for the rights of farmers for 35 years.
He is suffering from a serious kidney ailment and is being treated at the Institute of Nephro Urology, Victoria Hospital Campus, Bengaluru.
He was born in a common farmer's family in Bellary District and joined the students  movement when he was a student. He has been active in progressive people's movements for 4 decades.

On 27th July 2003, during a farmers protest in Hirebaganal Village, Koppala District he was arrested by police and was severely beaten-up. He fell sick, suffered from continuous vomiting and he underwent an abdominal surgery at City Central Hospital, Davanagere.

His health condition deteriorated as his kidneys were injured due to severe beating and his kidneys were infected. He was diagnosed with renal failure, he was put on dialysis for two years first, after that on CAPD dialysis and later he was diagnosed as suffering from gall bladder stones and underwent a surgery. Later he underwent very expensive kidney transplant surgery. Now he is diagnosed with a life-threatening and chronic kidney disease (Chronic glomerular nephritis-ESRD, Biopsy proven IgA nephropathy). He stayed for almost 4  years in the rest house in Victoria Hospital Campus for this purpose. He spent 42 Lakh Rupees of his money for the medical treatment (leaving aside another 2 Lakh Rupees that he received from the Government for the medical treatment) resulting in selling of all his agricultural land.

As part of his medical treatment he has to come to Bengaluru City from his village and stay at the rest house in Victoria Hospital Campus for 15 to 20 days every month. He has to pay Rs 250/- per day for the rest house. He also spends Rs 20,000/- per month for the laboratory tests and medicines. In spite of his health condition, he continues to be active in farmers struggles.
His family is not able to afford these high expenses for medical treatment every month. Because of this, I am requesting you to help him for medical expenses.

Scan & donate with any app
check_circle_outline Download payment receipt
Report fundraiser
Know someone in need of funds for a medical emergency? Refer to us
Rs.83,710 raised

Donated to this campaign via Bank transfer/QR Code? Click here if you can’t find your donation listed below.
Sp
Shrideep donated Rs.250

God bless this son of our soil.. proud of you.. this strength should be passed on to all our youth..

Please confirm of the receipt from veerasangaiah

Donated to this campaign via Bank transfer/QR Code? Click here if you can’t find your donation listed below.
Sp
Shrideep donated Rs.250

God bless this son of our soil.. proud of you.. this strength should be passed on to all our youth..

Please confirm of the receipt from veerasangaiah

You are sending a message to
Manohar Elavarthi
Go back 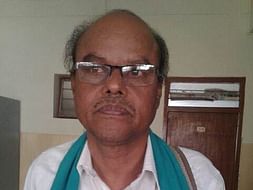