Please Help Destitutes and Homeless at Sewadham,Ujjain | Milaap
This is a supporting campaign. Contributions made to this campaign will go towards the main campaign.
Milaap will not charge any fee on your donation to this campaign.

Shares
Share on Whatsapp
Ever since 1986, Sewadham Ashram, established by Sudhir Bhai Goyal, has been a home for people who were abandoned by their families or their individual societies at large.
Born in Indore Madhya Pradesh on 19th August 1957 to a well known family of Ujjain, Sudhir Bhai Goyal was influenced by the teachings of Swami Vivekananda and Mahatma Gandhi very early in life. He has been involved in social service since 1970 (at the age of 13) when he started a school at village Ajnoti. The sufferings of a mentally ill uncle, a mentally unsound grandmother, pathetic condition of one of his friend’s disabled brother and sight of a freedom fighter begging on streets urged him to do something for these needy people.
He wanted to become a doctor. Meeting with Acharya Vinoba Bhave in 1976 changed all that. In which Acharya Vinoba Bhave told him that the soul of India was in its villages and in fact true service to humanity lay in serving in the villages.
He established Sewadham Ashram in 1989 to provide a lifetime shelter to dying and destitute people with immense love, care and compassion. He left no stone unturned in his efforts to provide food, shelter, education and rehabilitation to those in need following a five-point doctrine of Sewa, Shiksha, Swasthya, Swavlambanand, Sadbhav with & Environment Protection.
In almost last three decades and with humble beginning of serving one resident in 1989, Sewadham has grown considerably and is serving 500+ residents today .Sudhir Bhai stays with his family within the ashram premises dedicated and devoted to providing the best of services to inmates and he sees God in their smiling faces.
Men, women and children who had been abandoned in a helpless condition in bus, railway stations, roads and hospitals have all found loving care and attention in Sewadham. Since its inception, more than 5000 people irrespective of caste, creed and religion, suffering from chronic or terminal diseases like cancer, HIV, AIDS, TB, mental illnesses, physical handicaps and dying and destitute people have benefitted from Sewadham. That’s not all; nearly 2000 people were rehabilitated and the last rites of more than 1500 people were carried out according to their individual religious belief systems.
Sudhir Bhai Goyal has a vision that in 2018 Sewadham Ashram should provide shelter & rehabilitation, food, medical aid, education to special children, health & hygiene cloths, proper care and maintenance with love, care and compassion to 1000 unfortunate souls who are living non-existent life and abandoned, neglected by our society. 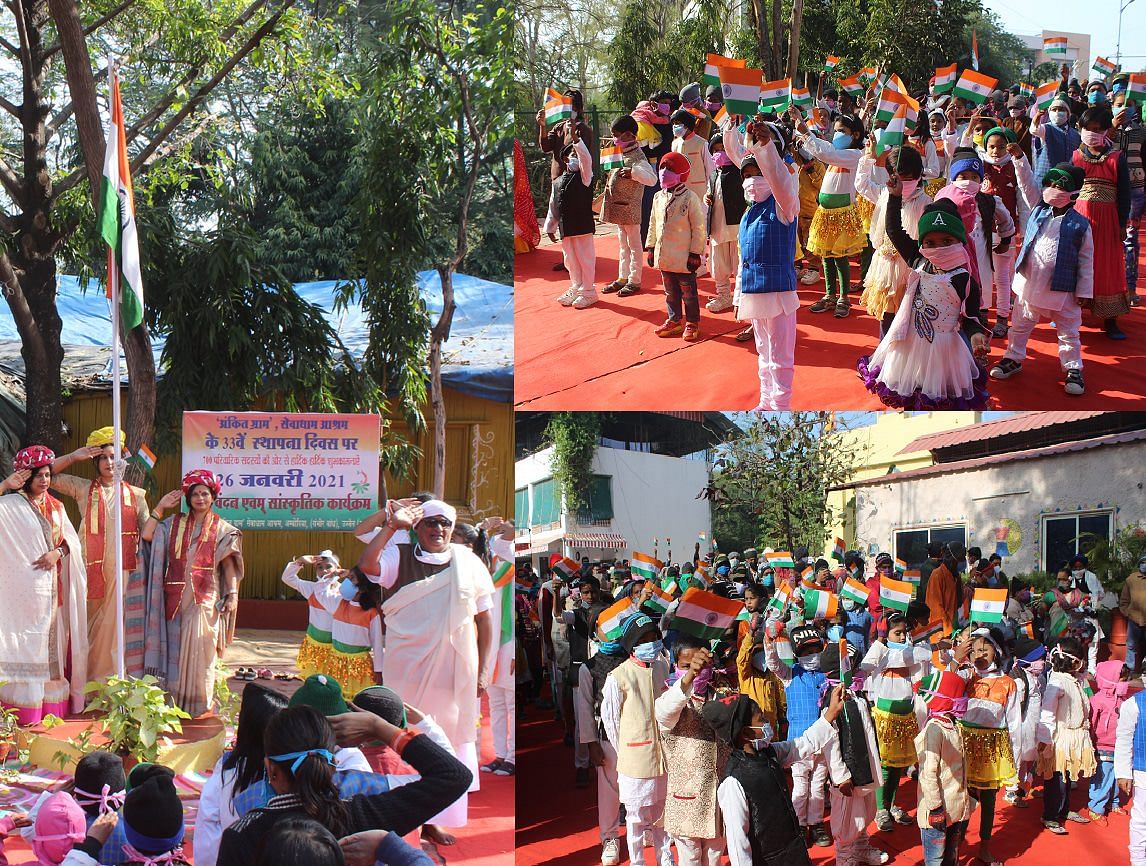 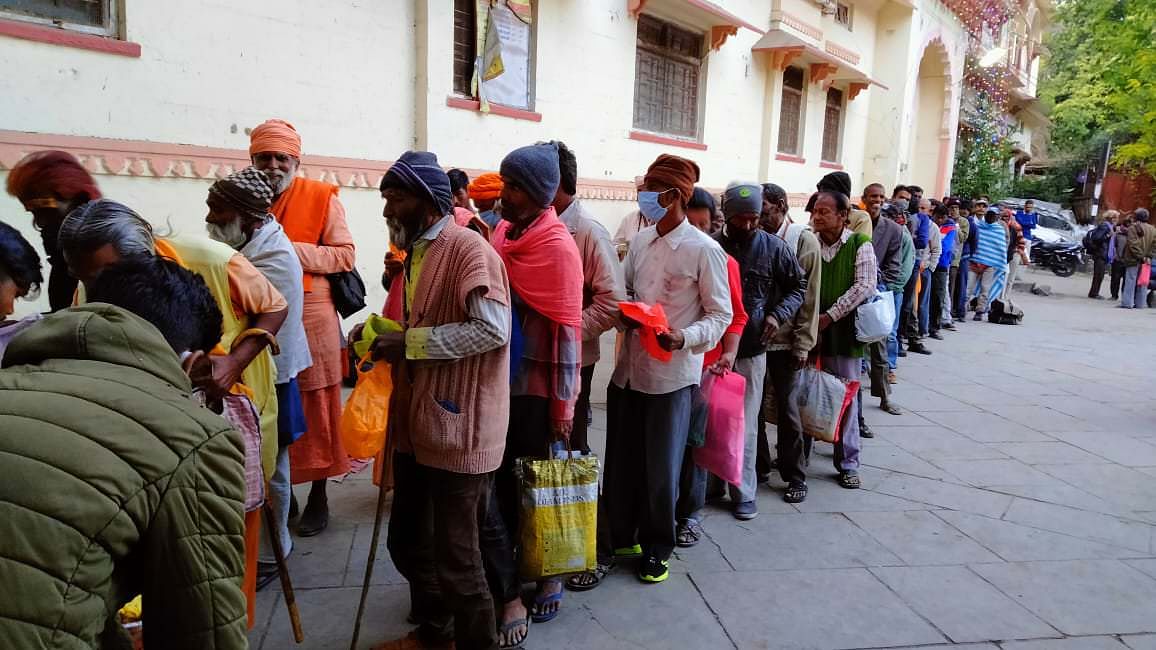 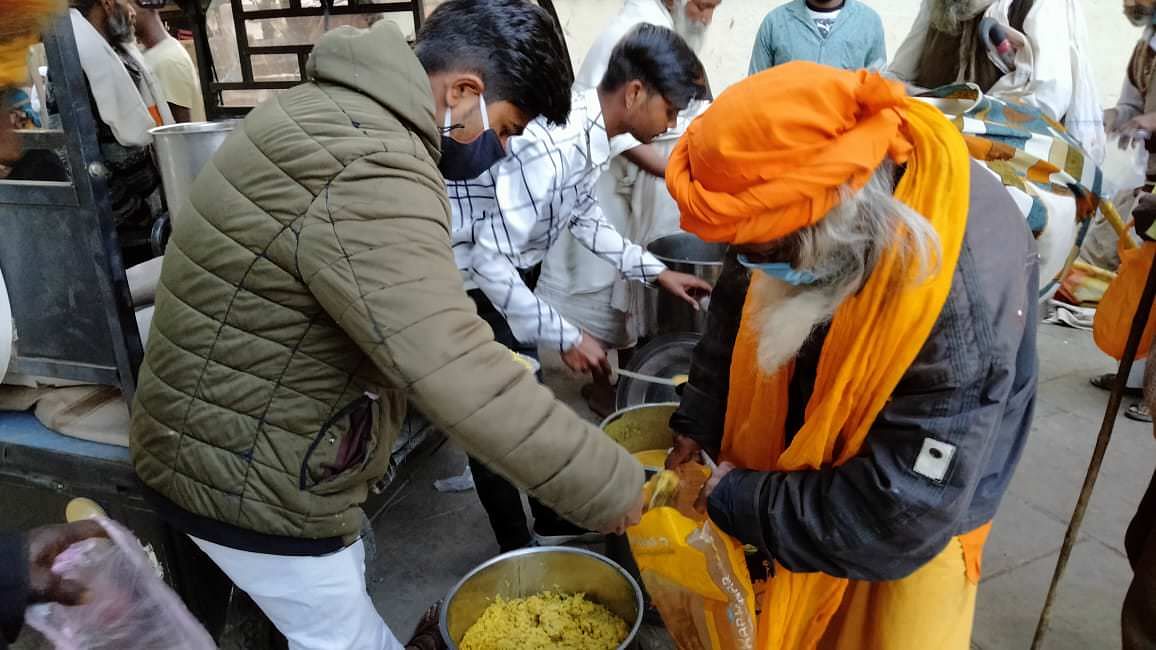 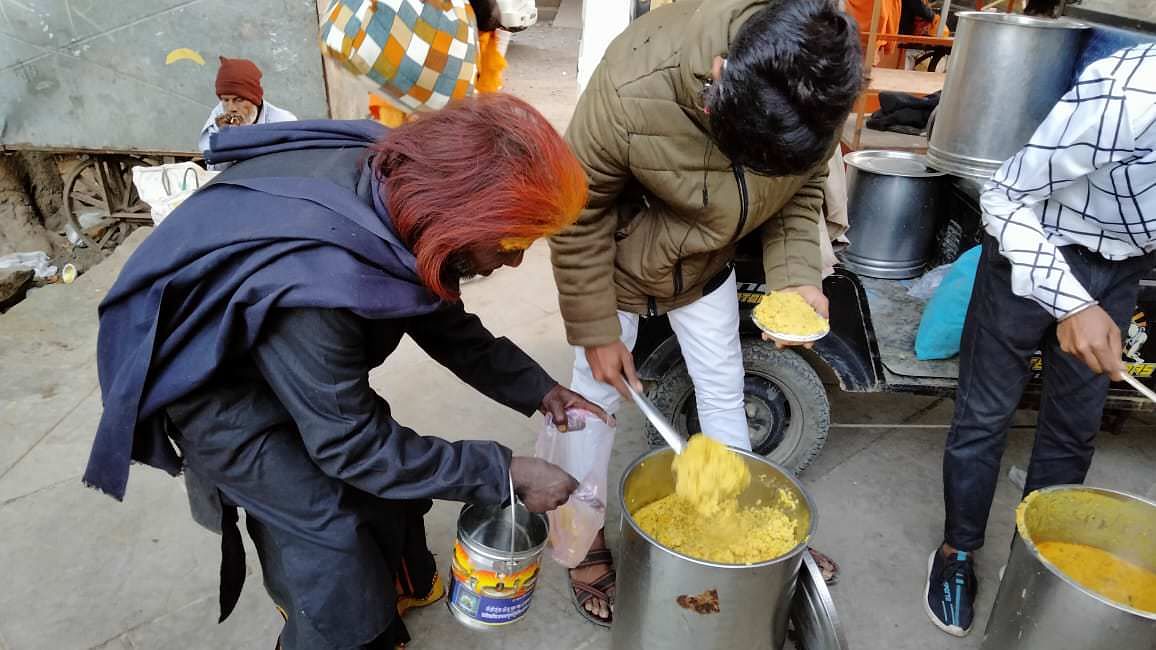 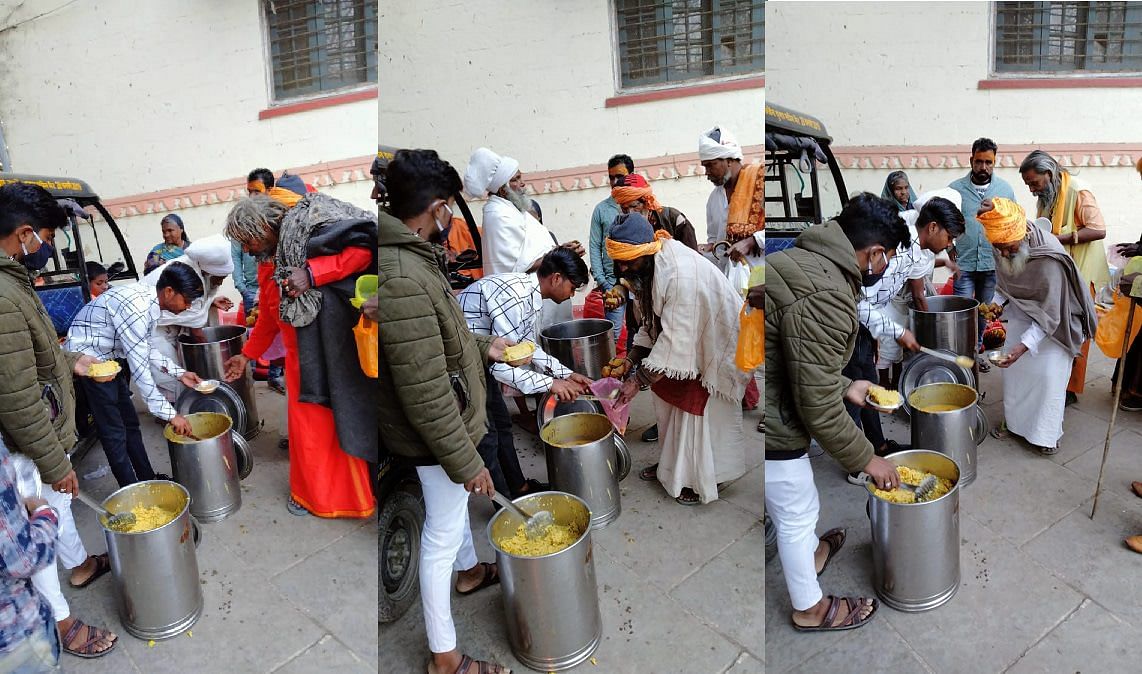 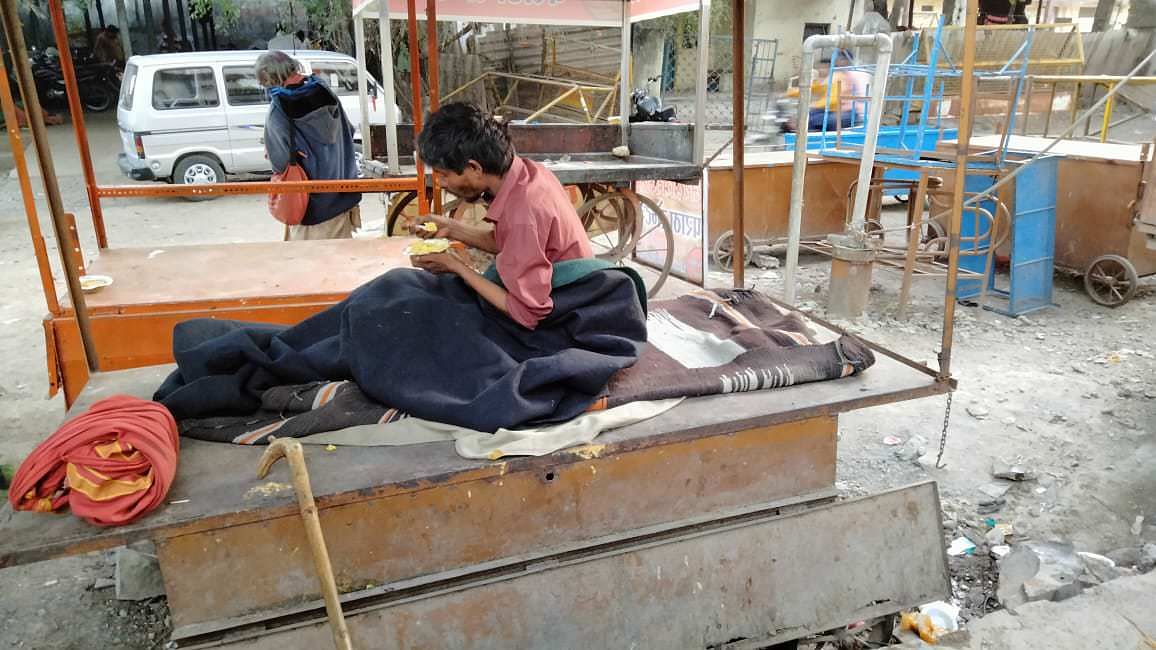 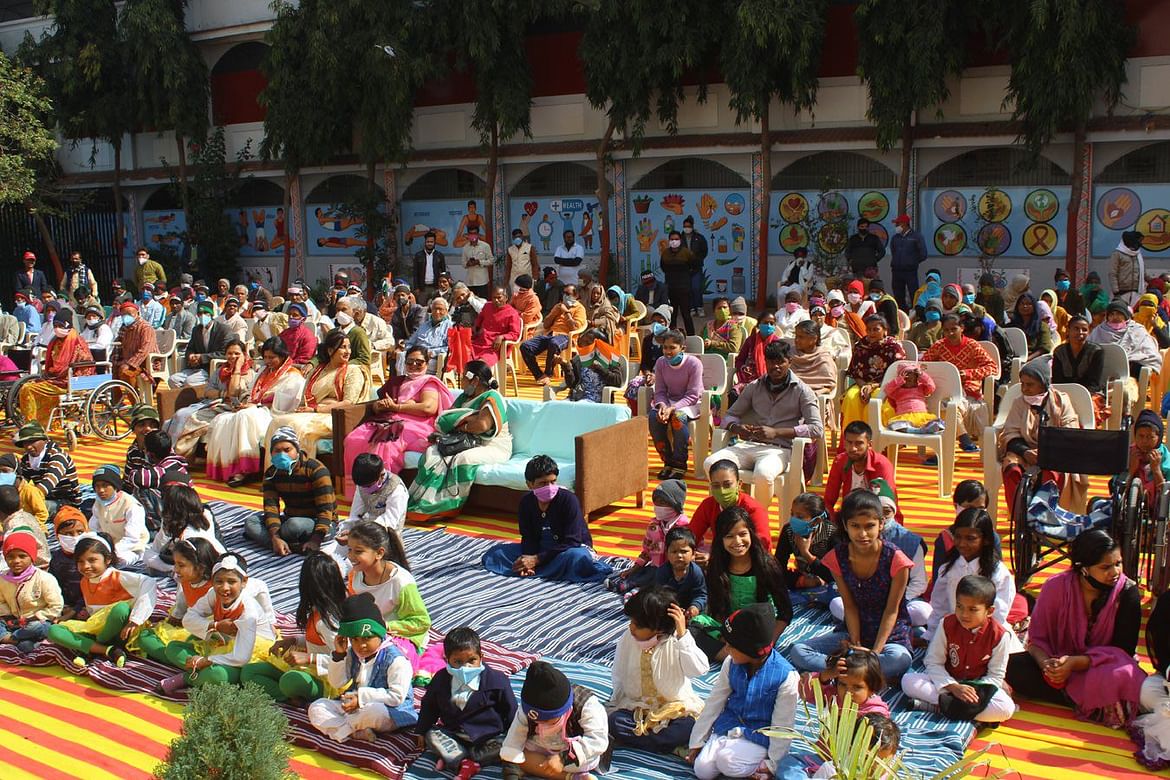 Sewadham celebrated its 33rd establishment year and 32 years of successful journey of selfless services to the suffering humanity, and provided cooked food to 3200 needy and deprived people..

With Your valuable contribution Sewadham "Feed the Hungry" initiative has provided food to above 251000+ homeless, helpless, poor, needy, hungry, deprived and destitute people. And the still continues.

We are grateful to you all for your generous support and kindness.

We humbly thank all who supported directly / indirectly / anonymously for the Noble Cause of Serving the Suffering Humanity and Initiative of Feeding the Hungry.

Thanking You !
With Warm Regards

In Services to Humanity since 1989 !
Founder - Director
Sewadham Ashram Ujjain 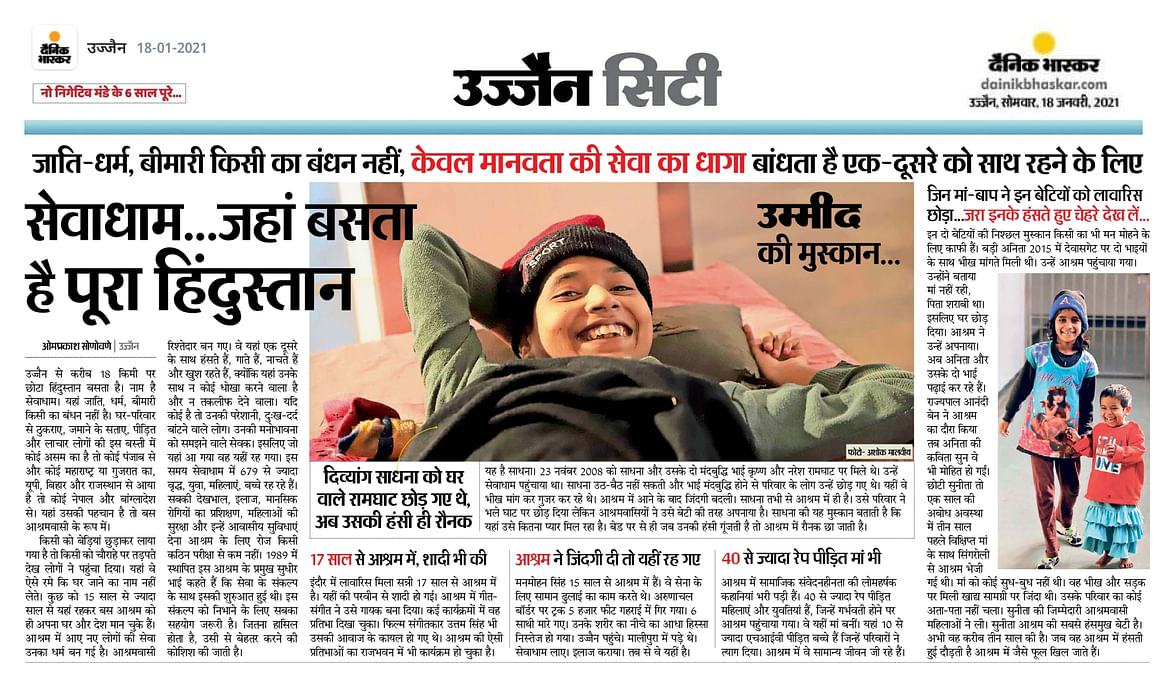 Warm Greetings from 650+ members of Sewadham Ashram family !
We trust you and all your loved ones are all healthy and safe during these testing times.

Sewadham is family of 650+ members from the age group of 0-100 years people coming from across India without discrimination of caste creed, religion, age and gender.

In services to Suffering Humanity Since 1989 !
With Warm Regards !
Sewadham Ashram Ujjain 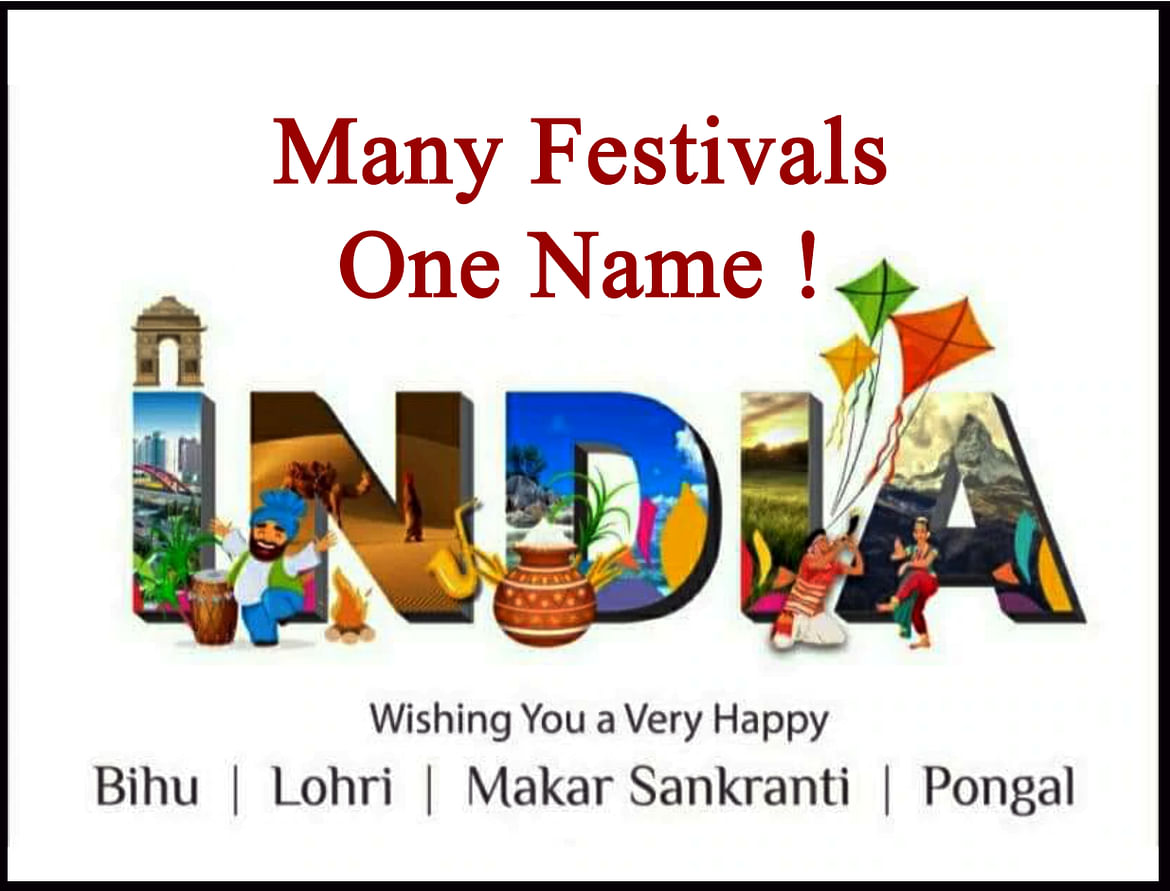 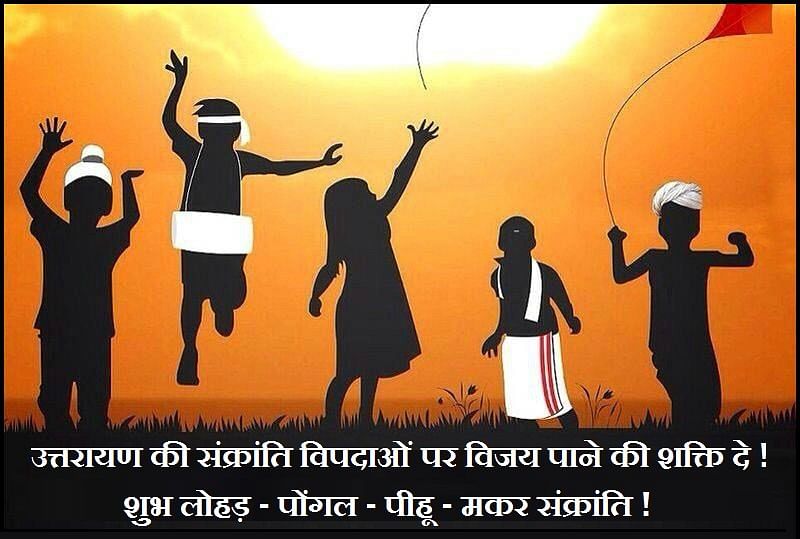 Warm Greetings from 650+ members of Sewadham family ! we trust you and all your loved ones are healthy and safe during these testing times.

WISHING YOU ALL A VERY HAPPY BIHU, LOHRI, MAKAR SAKRANTI AND PONGAL !

i
You are sending a message to
ishdeepsahni
Go back