To Provide Mobility Aid | Milaap
Milaap will not charge any fee on your donation to this campaign. 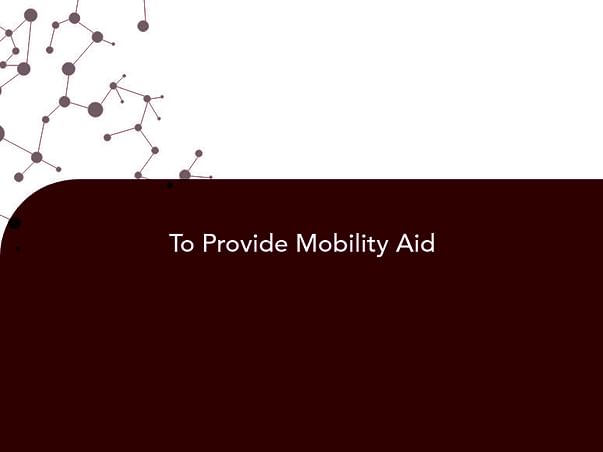 Maharaya a daily wage worker from Ganganagar has two children  Shivaraj one of his children had swelling in his head and was suffering from Hydrocephalus. The child underwent surgery a few days ago and had a plastic pipe implanted in his head because of the fluid content in his head has decreased. Due the implant the child has problems with head control and sitting. He needs to be provided with a motigo to help him in his movement.


Vishynu a driver has a financially backward family and two sons Suffering from locomotor disability. Abhishek one of his sons being 6 years of age is admitted in 1 Sdt at Shetty Primary school Is unable to walk to & fro From home to school. The child is interested in studying but due the lack of transport facility he is unable to attend school. He needs to be provided with motigo to help him attend classes regularly.


Arjun Rao a auto driver has 2 children. Bhavani one of his chlidren suffers from locomoter disability. Due to this she is unable to use her hands or walk as regular children do. She is suffering from this disability since her birth. She needs to be provided with a motigo to help her in her movement.


Chand Pasha is self-employed and has 4 children. One of his children Junaid had a twin sibling who died at birth. Junaid is now surfing from cerebral palsy and not able to live a normal life. He is scare of loud noises and is not able to sit, stand, talk or walk. He needs of be provided with a motistart to reduce his disability factor and help in his movement.


Abdul Samad's father is a daily wage worker and mother is a house wife. He was underweight by birth. His body's flesh content is decreasing gradually. Samad is surfing from cerebral palsy. Due to which his movement functions have ceased completely. He needs to be provided with a motistart to better his condition and help in his movement.


Vidhyavathi's father is self-employed and her mother is a housewife. She is 2 years old and unable to walk or sit due to the tightness in her knees. She was identified and her disability was assed by Sevasangama and necessary steps were taken. She is in need a B/L AFO sandal to help her in her movement.


Ananya is 5 years old, her father is daily wages worker. She is underweight by birth and gradually her growth is affected due to which she is unable to move independently. To achieve further growth and independent movement she is in need of a B/L AFO gaiter and rolletar.


Vaibav is 2.5 years old his father Nagayya is a auto driver and mother a housewife. He is suffering from Global Developmental Delay by birth and is unable to sit, stand or walk. He was identified by Sevasangama EI & EE program and given home based stimulative activities. Vaibav will be able walk stand and sit with the aid of a standing frame.


Mohammed Khayam is self-employed has 2 children one begin Faigeen who is suffering from Global Developmental Delay. The child is unable to hear or speak. He is given speech therapy. Being 4 years of age the child is unable to walk properly. He needs to be provided with a B/L GAITER to help in his movement.


Kiran Kumar working as a peon has 3 children one being Nandini 4 years of age has stiffness in hands because of which she is unable to use her hands or even stand on her own. Due to this the child has fallen back on her growth. She needs to be provided with Resting Hand Splint and standing frame to improve her condition.


Yash the son of Dinesh a daily wage worker 6 years of age is admitted to 1st Std. The child sits with the support of his knees due to which he is unable to walk. For the time being he is provided with Rolletar due which his condition has improved but he is in need of Sandal with mas to further better his condition.


Saiyad Haji a daily wage worker lives in utter poverty and his daughter Habeeba 4 years of age suffers from pids by birth due to which her growth has been affected. The pids Attack is still continuing. She was by assessed and her deficiencies were discovered and home Based stimulation is being given. She is in need of B/L AFO Gaiters with mas by which she will be able to perform easy motor actions.


Prajwal son of Bhasker a daily wage worker is suffering from Global Developmental Delay. He was identified and assessed  by Sevasangama EI & EE Program team. His deficiencies were identified and he is being given Home Based Stimulation Activities. These activities are being conducted since past 10 months. Due to which a few changes are bring seen in his condition. If he is provided with a Rolletar he will be able to walk independently.


Anil Kumar a daily wage worker, father to 3, one being Omkar 9 years of age is suffering from Global Development Delay and  flag foot since birth. He is also not growing according to his age and is not able to perform daily activities normally. To make him perform normally Sevasangama EI & EE Program has provided him Home Based and Center Based Simulation activities. If provided with B/L AFO 3with MAS he can perform better.


Satish is self-employed has 2 children one being Samarth 6 years of age is suffering from Hydrocephalus symptoms. The child has been taken to see a Doctor. Since the mass of his head increased, he is unable to Walk, Stand or perform daily activities. He is undergoing Home Based and Center Based Simulation activities since the past 10 months. He is gradually improving and needs to be provided a Rollater to help him in his movement.

All the funds provided will be used to provide aids and appliances along with Home Based and Centre Based Intervention to the physically disabled children mentioned above.
For further details contact The Director Fr. Anil Crasta, Ph.No: 7847977779

UPI: rzpy.givetomlpphysical001@hdfcbank (Copy to clipboard)
Or
Click here to read the instructions before you make a bank transfer.

You are sending a message to
Sevasangama Kalaburagi
Go back 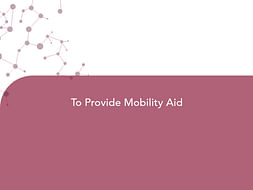