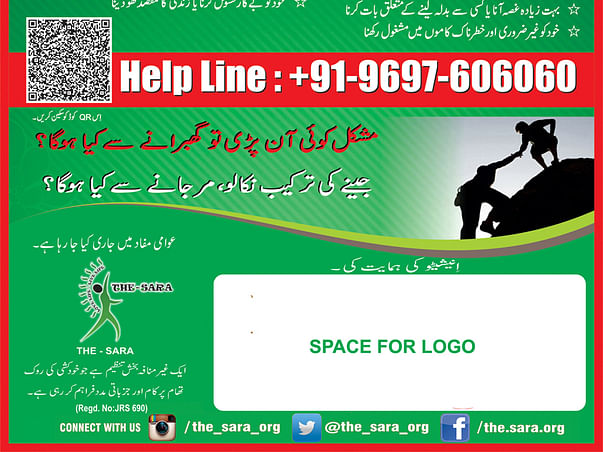 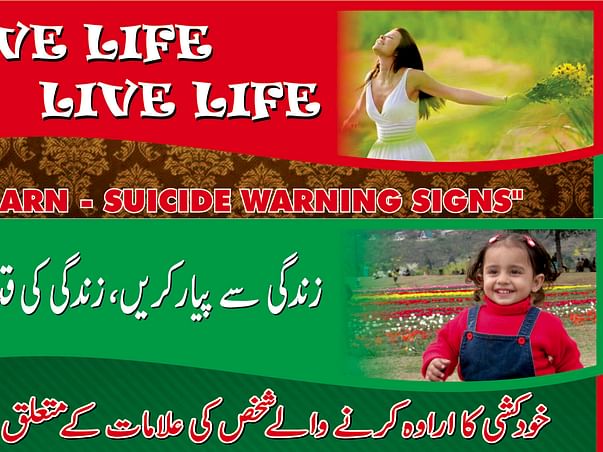 ‘THE – SARA’ is Jammu & Kashmir based Registered Non-Profit Organization working towards a society in which fewer individuals die by suicide.

THE – SARA endeavors to help people who find themselves overwhelmed with their current life situation, no matter what that may be, and want to share their personal crisis with someone willing to listen.

This Campaign featured on State Times Newspaper. These Pamphlets were also distributed across Jammu & Kashmir and Delhi NCR.

‘THE – SARA’ in March 2014 carried out a Pamphlet Campaign on an issue "Learn Suicide Warning Signs". This initiative was supported by Companies/Brands like:

Salient Features of the Campaign:

For your kind information we have entered into sponsorship deal with:

As such Logo of the above mentioned Concerns shall feature on this Campaign & Pamphlet.

We are short of two sponsors as such we are addressing you to invite you to participate and support a Noble Social Cause.
The Funds raised shall be used for Printing of 25000 Pamphlets, Printing of Flex, Distribution of pamphlets & organising awareness campaigns/seminars throughout Jammu & Kashmir.

WHY ‘THE – SARA’ PAMPHLET CAMPAIGNS?

The Donation/Sponsorship money thus saved in these Campaigns is used to:

-Broad base the fight against suicide by aiding us in developing a larger volunteer force.

-To fund Suicide Prevention & Emotional Support Helpline No. +91-9697-606060
-Increase the awareness campaign.
-Fight against the debilitating effects of stigma associated with depression, suicide and mental illness.
-Support suicide survivors to cope with their grief and loss.
-Develop strategies to reach out to a larger group of people to prevent suicides.
-Conduct research, educate and train Society to become first response interventionists in order to pre-empt suicide.

You are sending a message to
THE - SARA NGO
Go back 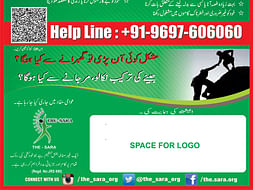