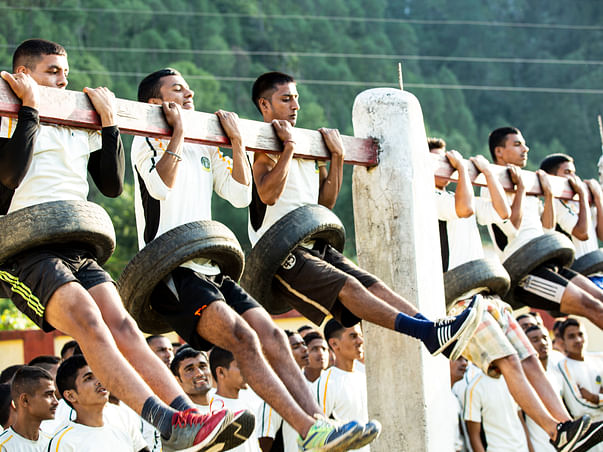 Youth Foundation is born out of the demand of the local population of mountain regions of Uttarakhand to train the youth of the region and impart them with skills, which would enable them to find employment in the armed forces.

In 2013, after Kedarnath disaster, while working in Kedarnath, Colonel Ajay Kothiyal, had recruited a few young men from nearby villages to assist him in Kedarnath reconstruction work. He observed that the youth of Garhwal wanted to join the Indian Army but lacked proper training to do so. To bridge the gap, Col Kothiyal started a training program for such people. He self-funded the cause. The first batch had only 32 trainees, and the Army recruited 28 of them


Today, after six years of its inception, Youth Foundation sets up eight camps in Garhwal region to train youth for Garhwal rifles and four camps in Kumaon region to train boys for admission in Kumaon regiment. These trainings are provided free of cost with free boarding and lodging facility available to all candidates by the foundation.

Training camps organised by the Youth Foundation ensures that the participants will be groomed appropriately to join the military and other forces. Mental, physical and holistic grooming is provided to help them clear the entrance examination.

The foundation takes services of the retired army personnel in training the candidates while the trained teachers are deployed in the camp who prepare the candidates in clearing the written examination part.

A look at Camp kilo, a training camp in Uttarkashi :-


Till Date, Youth Foundation, has successfully trained about 30,000 candidates of which 8000 have been recruited in different forces and are actively serving the nation

This year 514 cadets from Youth Foundation, got selected for Garhwal rifles. The training for Kumaon regiment is underway.


The yearly expenses of these camps comes around 4 to 5 crore. The expenses of the camps includes fooding and lodging of the candidates, salary of trainers and working staff etc. The expenses till now are borne by Colonel Kothiyal himself. The foundation also receives voluntary funding from individuals from time to time. It has 80 G approval which gives income tax rebate to the donor. It has FCRA approval and is eligible for foreign funding too.
80 G Registration number - 346/394A/2017-18
FCRA Registration number - 347900214

The Foundation is playing an important role in improving employment in Uttarakhand by providing job opportunities to the deprived section of the society. You can also support the foundation and play your part in helping the underprivileged in Garhwal and Kumaon region of Uttarakhand :

UPI: rzpy.givetomlpyouthfou001@hdfcbank (Copy to clipboard)
Or
Click here to read the instructions before you make a bank transfer. 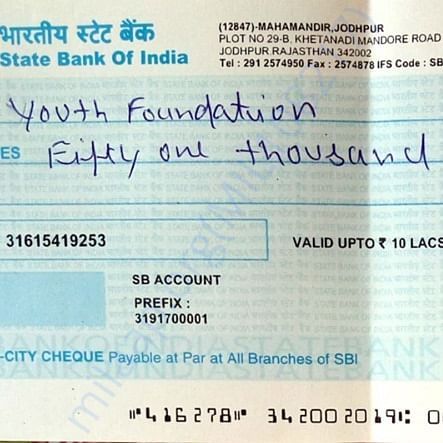 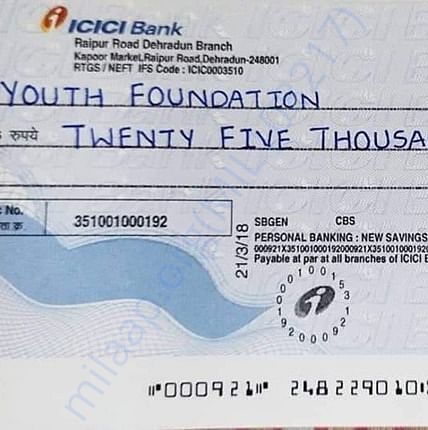 UPI: rzpy.givetomlpyouthfou001@hdfcbank (Copy to clipboard)
Or
Click here to read the instructions before you make a bank transfer.

You are sending a message to
suraj kothiyal
Go back 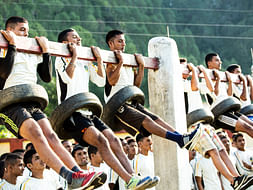