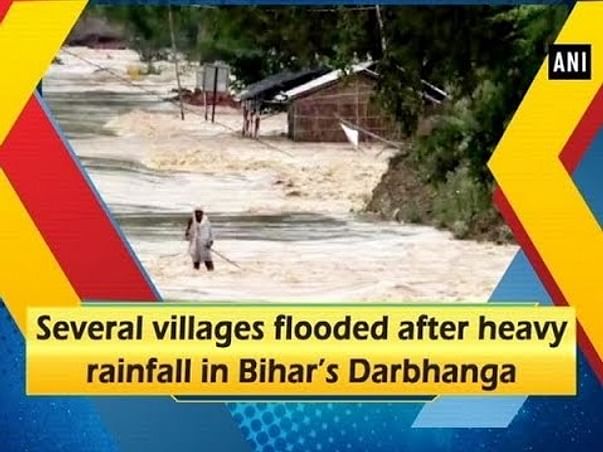 Latest Update as on Flood in Bihar
The water resources department has issued a high alert in the districts bordering Nepal, following the forecast of light to moderate rains in catchment areas of different rivers in Nepal and Bihar.
83 died  in Bihar floods as situation remains grim, over 46 lakh affected
(as per govt data).

With a let up in the rainfall in Nepal reported in the past couple of days, the focus will now be more on containing the outbreak of infectious diseases.

The death figure, as per the state disaster management department, has registered a more than two-fold rise in over 24 hours when it stood at 33. Sitamarhi with 17 deaths, as against 11 the previous day, remained the district reporting the maximum number of casualties, followed by Araria (12), Madhubani (11), Sheohar (9), Purnea (7) Darbhanga (5), Kishanganj (4) and Supaul (2).


Casualty figures have risen, since Tuesday, in districts like Araria, Kishanganj and Sheohar while Purnea, Darbhanga and Madhubani reported no death till Tuesday. Muzaffarpur administration has confirmed that no death has been caused by floods so far while figures were awaited from Katihar, Saharsa and East Champaran.
Many media reports claimed that the number of deaths has already crossed 80 and that bodies were being fished out from the waters in flood-hit areas by the personnel involved in relief work as a result of which the toll was shooting up.
A department official, however, said on condition of anonymity unconfirmed reports are stating exaggerated figures perhaps taking into account even deaths caused by other factors in flood-hit areas.
With a let up in the rainfall in Nepal reported in the past couple of days, the focus will now be more on containing the outbreak of infectious diseases through effective distribution of medical aid to people living in flood-hit areas as also those taking shelter at relief camps, he added.
Although water levels have receded in the half a dozen rivers which have been in spate since heavy rains lashed Nepal, flood water has spread to more areas in Bihar since Tuesday. The affected population now stood at 46.83 lakhs residing in 831 panchayats under 92 blocks of 12 districts. On Tuesday, 26.41 lakh people in 571 panchayats of 79 blocks in the affected districts were said to be affected.
Additional relief camps have been set up in the last 24 hours the total number of which has risen from 199 to 221. The number of people taking shelter at these has also reached 1.26 lakh and they were being provided food through 748 community kitchens. Relief and rehabilitation is being carried out by 796 personnel, assisted by 26 teams of NDRF and SDRF and equipped with 125 motor boats.

Govt. is doing their work.. let's Pray 4 BIHAR and support as much we can.
May God Bless You All.