Poor Sweeper Struggles To Save 4-Month-Old From Severe Heart Disease | Milaap
This campaign has stopped and can no longer accept donations. 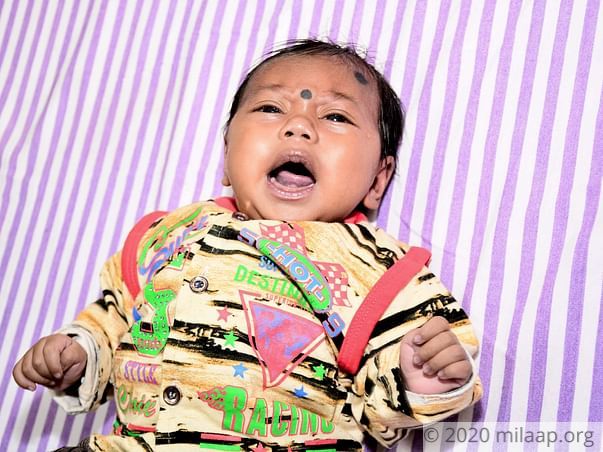 From being born into abject poverty to going to work in the wee hours of the morning and sweeping dusty roads until late night, Shiv Prasad has always lived a difficult life. But he never complained and worked hard to earn his daily bread. New promise came into his life when he got married recently. He was overjoyed when he became a father not so long afterwards, but before he could soak in the happiness, his baby boy was diagnosed with a severe heart disease. The baby needs an urgent surgery to survive, but Shiv has not been able to arrange even half the money required for it yet and is struggling.

Baby Veer cannot breathe or feed properly, is struggling to survive every minute

Shiv Prasad and his wife Jan Kumari aptly named their son ‘Veer’, as he has been bravely fighting the odds right from his birth. He was born underweight and looked so weak from the beginning that Shiv remembers asking the doctor if there was something wrong with his son. At that point, the doctors at the government hospital in Jaipur where the child was born assured the worried father that there was nothing wrong. Shiv and Jan Kumari took their bundle of joy home, but he started having breathing troubles after just 13 days. They had to take him to many hospitals before he was diagnosed with Pulmonary Atresia, a severe heart disease where the pulmonary valve (the opening on the right side of the heart that pumps blood from the heart to the lungs for oxygenation) is poorly formed. This results in very low levels of oxygen in the body.


“My poor baby can only drink milk in very low quantities at 2–minute intervals. I can see that he is hungry and wants to drink more, but his rapid breathing does not allow it. He is always irritable and cries all night – no medicines are helping him,”- Jan Kumari, mother.

Reeling in poverty and completely helpless, Shiv Prasad is struggling to save his baby boy

Shiv Prasad belongs to a small village in Nepal, but has been living in Jaipur for the past 20 years. He and his wife do not have any relatives in India, and nobody to console them in these times of distress. Working as a sweeper in an office in Jaipur, he only makes Rs 6,500 a month, out of which he has to pay Rs 5,500 as rent for the small room his family stays in now. He is left with only a meagre Rs 1,000 for food itself; his son’s surgery costing more than Rs 1 lakh is completely out of his reach.

“The doctors have told us that Veer has only a few days left for the surgery, without which his condition can worsen, resulting in even heart failure. I dread thinking about that, but with no money I am helpless,”-Shiv.

Baby Veer is suffering from a severe heart disease, for which the only treatment is an urgent surgery. His poor father cannot afford it on his sweeper’s salary, he needs your help to save his only child. 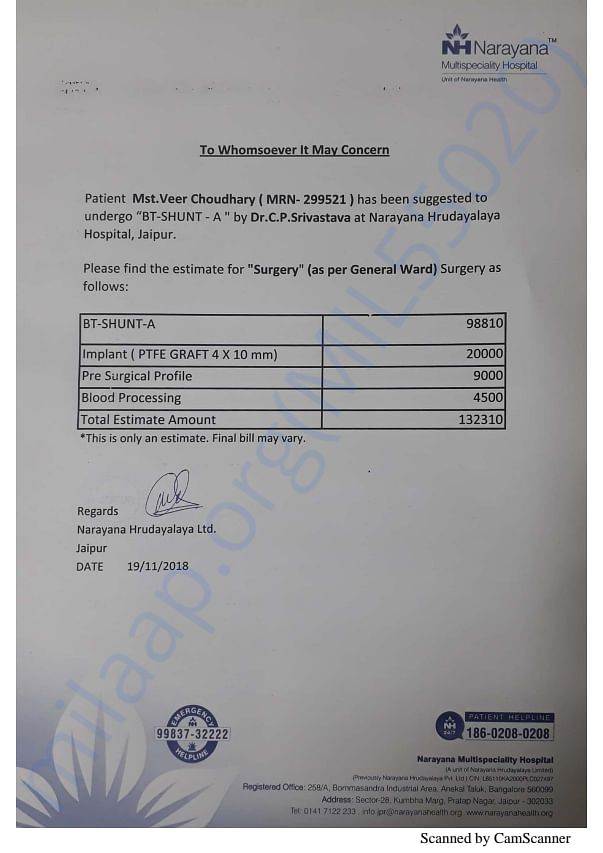 With a heavy heart we inform you that Veer is no more with us. He was at home when this happened. The doctors were waiting for him to get better and an increase in his weight before they could operate, he was also on medications for the same, but sadly Veer could not make it.

As per our Refund Policy under our Terms & Conditions (https://milaap.org/about-us/terms-and-conditions), donors have the discretion on how their funds should be used which is as follows:

1. Funds raised for Veer to be redirected to Debojits campaign (https://milaap.org/fundraisers/support-debojit-singh-3) who is suffering from anaplastic ependymoma and needs radiation to recover.

2. You can opt for a refund for the contribution made and we will be happy to help you with the same.

Please reply to this email by the 21st of October, 2019 stating your preference for 1 or 2. After which the funds will automatically be mapped towards Debojits campaign.

Our prayers and wishes are with Veer's family. Thank you again for your support and generosity.

Veer is currently doing ok. The kid is getting admitted for the treatment.
We will keep you  posted on the progress.

Report fundraiser
See how thousands are crowdfunding for their causes on Milaap
Rs.20,113 raised

God please help save the baby.

God please help save the baby.

a
You are sending a message to
ankit.pandey
Go back 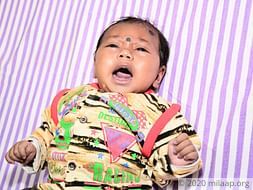