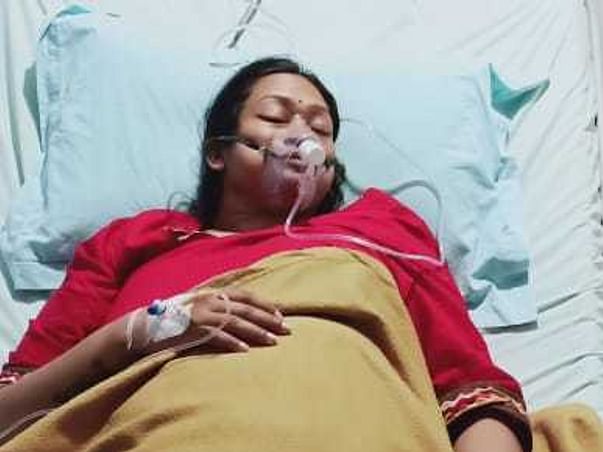 Share
Hi Gods people please find the details given by her Husband.
In June Supriya was admitted for protien loss. And was adviced to do a kidney biopsy after which she was diagnosed for membrane nephropathy in kidney. In July I supriya husband had a mild heart attack and was admitted and had resign my job. In Agust we did get kidney biopsy and was adviced to get treated for membrane nephropathy which would cost 1 lac. She had to resign her job But before she could get the treatment started he had pneumonia and was admitted for 15 days this they said was because she was sensitive and would get affected soon to infection due to her kidney issue. Again on 4th of November she was admitted in the hospital for head a he a d vomitting continues  and was informed it was blood infection  and due to her kidney issue and her BP shot up and went low. She was in the hospital ICU for couple days and a total of 10 days in the hospital. The last time she was admitted her insurance got exhausted and had to pay close to 70 thousand. So this time around when she was admitted in Nov. We had no insurance and had end up paying 1lac 44 thousand towards the hospital Bill's and around 30 thousand seperate towards her medicines when she was in the ICU.
We still have not treated her for membrane nephropathy  . We dont gave insurance a d no money to get her treated. Which would effect her kidney if we do not provide treatment. We both have lost our jobs a d are finding it very difficult .