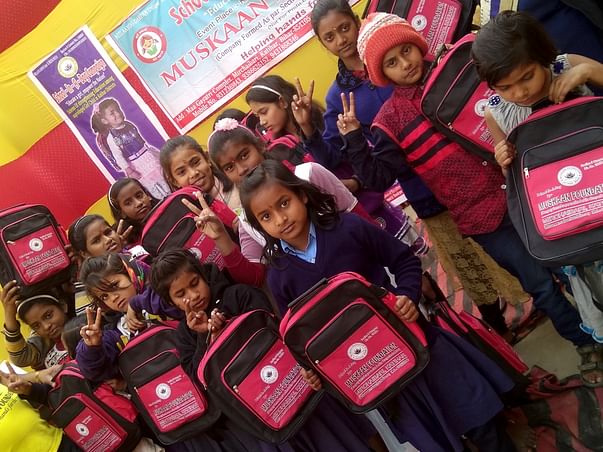 PROJECT SUMMARY
EDUCATION SUPPORT TO POWERTY RIDDEN SLUM AREA GIRLS
Education is the most vital key to ending extreme poverty. Free primary education is constitutionally mandated in India. This may be true in the narrow sense that public schools do not charge for tuition. But the real cost of schooling for parents turns out to be quite high. These “hidden” costs include for instance, school Fees, Fees for cloths, textbooks, snacks, sports equipment and so on. The pressure of assuming these financial burdens while losing a potential helping hand at home or another household income (Some form of child labour is common in our parts) often proves to be more than poor families can bear. Also besides the poor quality of primary schooling eliminates any incentive the family may have to send their children to school.
If parents are discouraged from sending their children to school, it is because they feel that schooling is often a waste of time and money.
“The situation of Slum area education is related to the quality education in general and not solely to bring slum area. Of course being a slum area also means that most of the time they are also poor. They live in area where the provision of education is very weak. So the situation is not only because they are Slum area but because of these inter related issues. It is important therefore to view the problem in all its complexity”

INTRODUCTION
Muskaan Foundation is a social welfare organization working to uplift people. The company is concerned in the welfare of the community without any distinction of caste, creed, religion, race, or other limiting considerations, for the betterment of the poor by rendering formal and non-formal education in order to make people aware of their rights and duties as well as to develop leadership. It was registered on 17th March, 2016 under section 8 of Companies Act 2013. Our organization aims to work towards poverty free-society, socially, economically self-reliant and healthy mind conscious about their basic rights and human dignity.
MISSION-
“To care for the basic needs and priorities of the poorest, especially the women and children and empower them towards their overall development and self-reliance”
VISION-
We visualize communities where all enjoy equal rights, opportunities and the members respect each other and live in harmony with nature and the divine.
OBJECTIVE-
To help and support the distressed, needy, neglected and vulnerable people residing in Katihar District socially and economically by providing them necessary assistance for sustaining their healthy lives especially the women and children.

In India education is still a distant dream for millions of children’s and in our area too. Our target area Katihar District came under the Bihar state. The villages come under this district, majority of the people depend agriculture and agricultural occupation for their income. But India’s agriculture dependence on rain is too much. In the absence of adequate irrigation facilities, as much as 70% of the cultivation in our area looks to rains for water supply. But rain in India is inadequate, uncertain and irregular. So this makes agriculture an uncertain occupation. So rains keep our target district drought for a decade. People don’t have other opportunities and they suffer a lot with their big families. So in natural, education to the community has remained beyond the reach of their children. Poverty family illiteracy, lack of resources and social backwardness are the major contributing factors. In, India, in our area nothing has been done for the improvement and upliftment of the poor Slum area Community. So majority of the people in our target area are backward in socially, educationally and economically. So our area people are living in most miserable conditions devoid of essential facilities of life especially they don’t have much education due to the absence of any support system.
So, our target area’s illiterate, poverty ridden Slum area poor parents do not wish to educate their girl child, because -
They think that investment in education for their children is considered mere waste of time and resources and most worry some is girls education. The reasons are:-
Due to all these reasons they are unceremoniously denied the opportunities to get the basic knowledge and literacy skills. Majority of our area Slum area children were in out of schools or working/helping their parents in fields. So we wish to give education through support system, so as to remove/solve the existing problems.
Goals

The first activity of the project is selection of beneficiaries. They will be selected from villages and a small town Katihar District. A team shall do recruitment from community, Village administrations and different representatives. There shall be criteria to identity the poor from each of the village. Beneficiaries will be poorest of poor Slum area girls.

The selected poor Slum area girls will be supported through education. During their education there are some provisions that need to be fulfilled. These are stationary materials, clothing and medical expense. We also provide bicycles to them.

Muskaan Foundation has its own boarding through which the association carries out different activities. Foundation has the responsibility of implementing, monitoring, supervising and evaluating the project. Monitoring will be carried out on regular basis through project coordinator and Project assistants. Education desk has the responsibility of providing technical support, monitoring and evaluation. The community shall involve from planning to hand over of the project. They shall involve in selection of poor students, monitoring and evaluation of the project. The funding agency shall monitor, evaluate and receive the financial and physical accomplishment report.
Project Sustainability-

The sustainability of this project will be guaranteed because the project involves the participation and collaboration of all concerned line offices and community. These will involve from planning to evaluation of the project. The phasing out shall take place when the awareness of community to advocate for the poor raises and when the poor Slum area families are capable of educating their girls.
Expected Output-

Education is the single most important means by which individual and society can improve personal endowments, but capacity levels, overcome barriers, and expand opportunities for a sustained improvement in their well being.
In context of Slum area girl education finding a balance between preserving Slum area identity and mainstreaming for economic prosperity means building education programme that ensure a Slum area child’s success in mainstream schools. Recognizing that the education system this programme is aim vulnerable Slum area girls and their need to be invested in creating support mechanism that supplement the integration of Slum area children in formal education system.

UPI: givetomlpmuskaanfound@yesbankltd (Copy to clipboard)
Or
Click here to read the instructions before you make a bank transfer.

You are sending a message to
MUSKAAN FOUNDATION
Go back 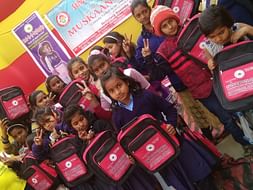