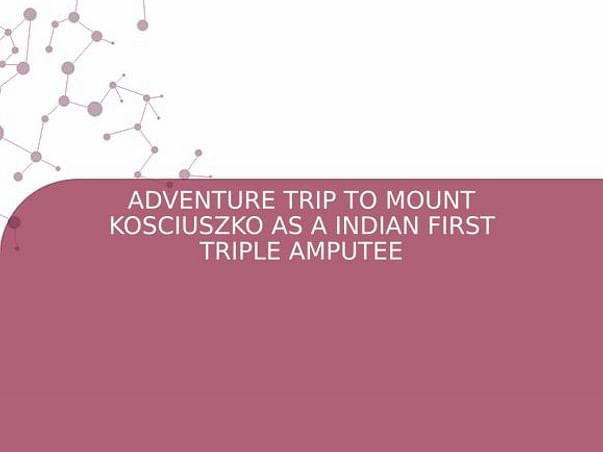 I am ChidugullaShekerGoud from Peepal Pahad Village,Choutuppal Mandal, Yadadri Bhuvanagiri Dist. Today I am here to share my life journey so far and to be precise my visible impairment.

I come from a very humble background and hail from Nalgonda in Telangana. I was studying a certificate course in Electrical trade from Nalgonda ITI. On 24 December, 2006 I was speaking over my mobile phone and sitting on a wall which was adjacent to an electrical transformer, it was a rented house in which I was living while doing my certificate course. While I was completely engrossed in the conversation with my friend, I had no idea how I slipped from the wall and fell down. As I could recollect now, on one side I had transformer and on the other side there were electrical wires. It was situation where my life was at stake, if I had held electrical wire, there was death and if I had fallen down on transformer again there was a death.

As human mind process information fast when there is a danger for life, same happened with me, my mind immediately sent me the message hold the wire immediately and that holding the wire changed my life forever………

What happened to me after that I had no idea, next morning when I opened my eyes and I was amongst the dead bodies. To my amazement I was in a mortuary. I could not believe as to what happened to me, I mustered the courage and started walking out of mortuary. As you know ours is country which believes in ghosts, people started thinking that I am also one. They were really scared of me and started running here and there in order to escape my presence amongst them.

I approached the general ward which was just adjoining to the mortuary and didn’t find any medical staff to take care of my wounds. I was terribly hungry because I had not eaten even a single grain for more than 24 hours and had lost significant amount of blood. I had no energy left in my right arm which was impacted badly and also in left leg as well as right foot. My right arm became just like a piece of flesh with no movement at all in it. My left leg was also badly injured however was still supporting me in walking. My right leg foot was badly damaged. As there was no energy left in my body, I wanted to eat something immediately, I approached the hospital staff for food but their statement was that I cannot be provided with the food because I am not a registered patient with hospital and they bluntly denied me giving any food. Luckily I had 50 rupees in my pocket, I approached a cleaner of the hospital if he could help, I requested him to call my parents and get me some food to eat. He helped me with bringing the food and calling my parents. Within 3 hours my entire family was there in the hospital and they scolded the hospital authority and confronted with them that as to how come a living person can be put in a mortuary. When it comes to serving food you ask for hospital registration, then how come can you put a person in mortuary without the registration?

I had lost the initial 9 golden hours, had the treatment been given on time, both of my limbs could have been saved.

Frustrated with the apathetic behavior of Government Hospital at Nalgonda, my family members decided to take me to Kamineni Hospital in Narketpally in Nalgonda, they were also not taking me because of my serious condition. As we know that private hospitals are more interested in making money rather than doing charity. My family members requested Kamineni Hospital to admit me without thinking about money. They agreed with one condition that the chances of survival are only 10% and we can’t take any guarantee. My family members agreed and admitted me in the hospital.

As I had lost the significant amount of blood and infection to my wounds was aggravating, doctors’ panel decided to amputate wounded arm and that’s where my ordeal started. They amputated it once and infection reached to next level and there was another round of amputation. It took a total of four surgeries for my hand to reach at this level where I am today. The Sheker which is standing in front of you has undergone a total of 15 surgeries to breath in this state.

My family has sold our farming land and the house in which we were living and spent approximately 12 Lakhs Rupees on my treatment.

Despite all these ups and downs of my life, I did not give up on life and pursue sports to rebuild my confidence and become a motivation for people in general. My first attempt in sports was in 2014 when I ran for airtel Marathon 5 kms with Jaipur foot. After I completed that marathon, I was sponsored by Dakshin Rehabilitation Center of Hyderabad for my walking leg and running blade. Since then I have participated in 56 Running Events and various cycling races and rides. I did rock climbing, cave walk, swimming and badminton.

My achievements so far:-

MY AWARDS :
1. I have achieved a place in HIGH RANGE BOOK OF WORLD RECORDS.
2. I have been awarded by (Bharat Prathibha puraskar).
3.indian book of record holder
Now my next mission is to reach"Mount Mount Kosciuszko" on 28nd february.
"AIM IS SEVEN SUMMITS "

Donate
0%
Be the first one to donate
Need Rs.150,000
Card, Netbanking, Cheque pickups
Or Donate using