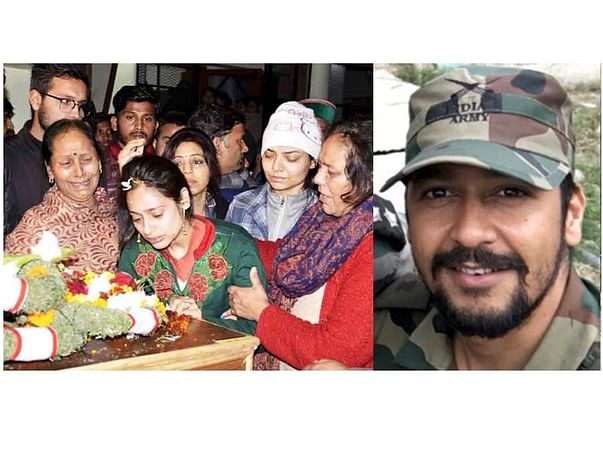 The opening lines of Tennyson’s poem were visually etched in the collective memory of the Nation when images of Nikita Kaul, who had been married to Major Vibhuti Shankar Dhoundiyal just ten months ago bid a tearful farewell to him.

How can anyone forget the exodus of Kashmiri Pandits from the Kashmir valley which happened 29 years ago. The exodus was the worst nightmare for the generation that lived through it. The nightmare came alive all over again for 27-year-old Nikita Kaul when her husband Major Vibhuti Dhoundiyal was martyred in the land her family had been driven out of before her birth (Nikita Kaul Interview link)

Nikita and Vibhuti had been married just 10 months ago and were planning to celebrate their anniversary in April 2019 this year. However, this was not meant to be; Major Dhoundiyal, who belonged to the 55 Rashtriya Rifles of the Indian Army, was martyred on 18th Feb 2019 in an army operation at Pulwama, J&K while avenging the cowardly attack on CRPF convoy 4 days earlier. Havaldar Shiv Ram and Sepoys Hari Singh and Ajay Kumar were also martyred in the same operation.

Major Dhoundiyal was the youngest member in the family and is survived by his wife, three elder sisters, mother and his grandmother. Major Dhoundiyal is the second officer from Uttarakhand to be killed in a span of three days.

My name is Ashutosh Joshi and I am based in Delhi-NCR working as Manager Finance for a large MNC. Inspired by the dynamic leadership of our Prime Minister Shri Narendra Modi, I have decided to do my bit by helping our Nation’s grass root heroes. I am the moderator of this campaign. I have raised upwards of INR 85 lakh for our grass root heroes in the campaigns listed below:

We will be doing the final disbursal of the USD funds raised to Major Vibhuti's family collected in this and supporting campaigns. Prior to this disbursal we have released a total of the INR raised to the family.

We thank all donors who contributed to this campaign. As citizens, we will be forever grateful to Major Vibhuti for his supreme sacrifice. Please keep the family in your thoughts and prayers.

We are disbursing the rest of the funds raised in INR to Major Vibhuti Shankar Dhoundhiyal's mother's account. Milaap has transferred the amounts of the supporting campaigns to this campaign since it is the anchor campaign and this disbursal represents the sum of INR donations of all supporting campaigns.

We are thankful to all our donors for their support to our armed forces.

Thanks,
Team Dharma Kosh
Considering the flow of donations has reduced to a trickle, we are making a downward revision to the target of the campaign.

We are proceeding to disburse the amounts collected to Major Vibhuti's mother's account and will close the campaign shortly.

Thanks to all the donours,
Team Dharma Kosh
Load more
Donate

Donated to this campaign via Paytm? Click here if you can’t find your donation listed below.
S
Santhosh donated Rs.5,000
A
Anonymous donated Rs.500

Braveheart Nitika's maam emotional goodbye to the Major Vibhuti shaken me to the core and I cried countless times seeing that. I decided that day that I will encourage my kids to join Indian armed forces unlike my parents.

Thank you for saving us.. our donation is nothing as compared to your bravery

Donated to this campaign via Paytm? Click here if you can’t find your donation listed below.
S
Santhosh donated Rs.5,000
A
Anonymous donated Rs.500

Braveheart Nitika's maam emotional goodbye to the Major Vibhuti shaken me to the core and I cried countless times seeing that. I decided that day that I will encourage my kids to join Indian armed forces unlike my parents.

Thank you for saving us.. our donation is nothing as compared to your bravery 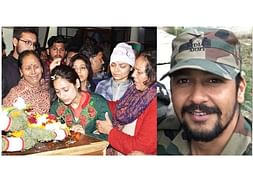