Mohit’s Search for Lost Traditions | Milaap
This campaign has stopped and can no longer accept donations.
Milaap will not charge any fee on your donation to this campaign. 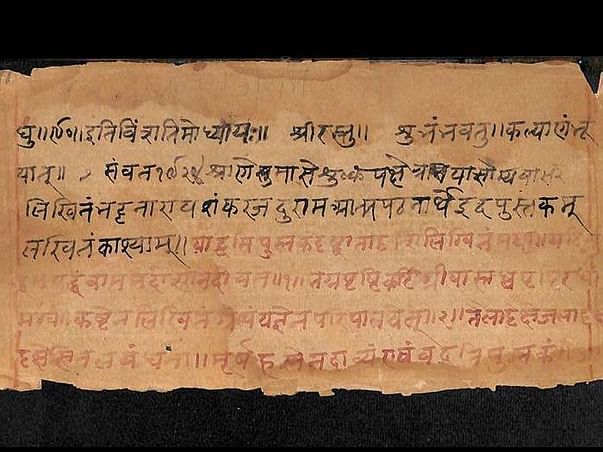 Gustav Mahler remarked “Tradition is not the preservation of ashes, but the transmission of fire”. Mohit Bharadwaj, a young engineer, has decided to live his life by this thought.

In 2009, Mohit started searching for his roots to discover India’s heritage and to connect to the knowledge our ancestors had so painstakingly discovered and documented. During the course of his search, Mohit discovered that there were millions of palm leaf and paper manuscripts containing invaluable knowledge that were not in the custody of Government but passed down generation after generation as inheritance between families. In this era, much of this inheritance bore no value for the people to whom it had been entrusted. As such, we face a situation where millions of scrolls of authentic writings by learned scholars are left to rot in buildings that can crumble at any time.
By 2014, Mohit, now a young engineer working for multinational IT Corporation in Noida, and a couple of his friends decided to digitize these scrolls.

The challenge was huge, and their means limited. So, Mohit, his wife and his friends simplified the plan by covering one city at a time. These youngsters armed with a laptop and a scanner worked painstakingly for weeks at a stretch and have covered several cities thus far. With a modest operation that began with 2 people, so far, they have digitized 1 TB of data. Around 200,000 pages of manuscripts have been scanned till date. Some of the older manuscripts are almost 600 years old and include Panini's Ashtadhyayi, a treatise on Sanskrit grammar, from 1420 CE and the second oldest manuscript of RgVeda  found to exist from 1468 CE.

One of the manuscripts reads: "My back is broken, my fingers don't work and I find it hard to look straight, yet I write this grantha; protect it, look after it", the author wrote was addressing his future generations. “It’s our duty to carry his legacy forward”, says Mohit. However, the challenges they face are far too many. Many of the custodians of these manuscripts and traditions are old, in poor health and financially broke.

Scanning a manuscript that old is no easy task either. If not handled properly, the palm leaf can break or crumble. As such, special scanners are needed to take proper care of these scrolls. Each operation needs equipment and scanning work requires significant monthly costs at each location.

While several government projects have aimed for the same goals on paper, successive governments have little to show for it. The scroll owners don't trust the Government since bureaucracy and strong-handed tactics means they might never see their heritage again. It seems, Mohit's soft and steady approach is the only way to deal with the delicate matter, quite literally.

Furthermore, trust is a hard commodity to come by. Mohit has heard stories where Western scholars who accessed the information, used it to twist the perceptions, to scholars who simply made away with valuable scrolls. Mohit and his friends work hard to convince the owners that their aim is simply to study and spread the knowledge and they don't mean any harm. Sometimes that means they only get the permission to work within in walls of the owner's house.

The scanned transcripts have no home at the moment and are saved in a hard drive; Mohit wishes to upload them on to cloud storage. Advanced OCR technology would be needed to convert these manuscripts into machine-encoded text which is also not accessible for the humble budget Mohit is currently working under.

Shortage of funds is also a major constraint for Mohit and his team as they are unable to pay regular salary to staff working on the digitization regularly. Very recently, Mohit had to let go 3 staff who were working in digitization of manuscripts at Raghunath Temple library, Jammu due to fund shortage.

Mohit has set up a trust, Vaidika Bharata that is currently working on digitizing the documents at the 5 sites listed below:

To give an estimate of costs, a mid-size collection of manuscripts roughly takes up to 6 months to digitize. A Fujitsu scanner is used for digitization of paper manuscript while for palm leaves a DSLR camera is needed. Monthly expenses incurred per month is approximately INR 1,50,000 across the five sites. There is also an immediate need to purchase 2 Fujitsu scanners (INR 40,000 each) and 2 laptops (INR 25,000 each). The goal of this campaign is to raise fund for the equipment and six month's expenses for Mohit and his team which adds up to INR 10,30,000.

My name is Ashutosh Joshi and I am based in Delhi-NCR working as Manager Finance for a large MNC. Inspired by the dynamic leadership of our Prime Minister Shri Narendra Modi, I have decided to do my bit by helping our Nation’s grass root heroes. I am the moderator of this campaign. I have raised upwards of INR 25 lakh for our grass root heroes in the campaigns listed below:

We are making the final disbursal of USD donation's as per Mohit's instruction. Over this six months journey, 172 manuscripts have been preserved scanning 27,683 leaves and generating around 189 GB of data.

Thank You for supporting this campaign. We will continue supporting more such campaigns. Please follow @DharmaKosh for keeping in touch.

We are disbursing the remaining amount of INR to Mohit's account. This is the penultimate disbursal and the remaining USD portion will be released soon as the 6 month period for which the campaign was created to support Mohit's work has ended now.

We will publish an update of the work shortly. Thanks for supporting this campaign.

We have disbursed INR 4,25,000 towards cost of equipment purchased and salaries & honorariums for 2 months to the various staff members who are scanning the documents per Mohit's instructions.

We would also like to share an update on the work done since this campaign started funding Mohit's work. The teams across different sites have scanned 27,683 leaves in 172 manuscripts generating about 189 GB of data.

We at Dharma Kosh thank you for supporting Mohit and his work in preserving our traditions.

Scan & donate with any app
check_circle_outline Download payment receipt
Report fundraiser
See how thousands are crowdfunding for their causes on Milaap
Rs.1,254,199 raised

Thank you very much

Thank you very much 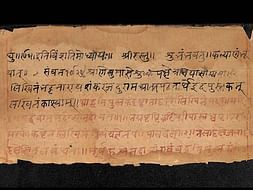