Helpless Wife Struggles To Save Her Husband From Deadly Cancer | Milaap
This campaign has stopped and can no longer accept donations.

Helpless Wife Struggles To Save Her Husband From Deadly Cancer 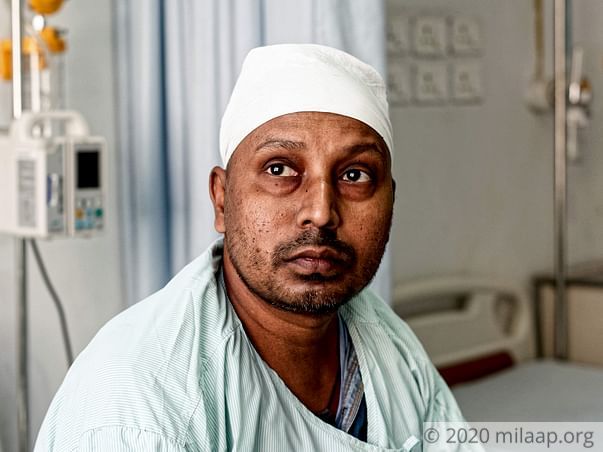 This Durga Puja when Santosh went out with his wife, Asha and his two children to visit the nearby pandals, one thought that kept coming back to him was what if this was his last Puja celebrations with his family. He looked around him and saw his little children running around with balloons - they were too young to live a life without their father, he thought. While Santosh was worrying Asha caught his eyes, held his hands and smiled at him. Both of them prayed for his speedy recovery from deadly cancer.

It was in 2016  that Santosh was diagnosed with recurrent Peripheral Neuro Ectodermal Tumor (PNET) with bone metastasis. It is a rare cancerous tumour. Bone metastases take place when there is a primary tumour in the bones. Despite undergoing a surgery, Santosh couldn’t be cured completely. He has been undergoing chemotherapy since 2016 but now the cost of the treatment is proving to be a major roadblock for the family.

“One morning after taking a bath, my husband showed me a lump that he had noticed on his shoulder - it was protruding out. We took him to an orthopaedic doctor who suggested a scan. The results brought my entire world crashing down. We got to know that he has a cancerous tumor that needs surgery. However, our nightmare seemed never-ending. In spite of surgery and chemotherapy he is not getting any better. He has had a relapse and this time the tumor is in his brain.” - Asha.

Santosh’s sickness has not let him go to work for the last two years. Since then, it has been entirely on Asha to look after her little children, Anushka (9) and Ashank (5), and also take care of Santosh. Santosh is very weak and tired due to the disease. He hardly talks and often complains of a severe pain in the head. Asha works as a cook in nearby girls’ hostel and goes to work twice in a day.

“This job fetches me only Rs 6500 per month. That is not enough to run our family but at least that gives us some support. Even while I am working I keep thinking of Santosh; sometimes when I get free time I go back home just to check on him. I try to give him all the medicines and the nutritious food that he needs but the expenses are getting too much for me. I don’t know how I will manage further without any help.”

Santosh needs to continue his treatment but without help, his wife will not be able to support him

The doctors have told Asha that Santosh needs to undergo several tests along with chemotherapy. The tests are very expensive and completely out of Asha’s reach. She has already borrowed from her near relatives, sold her gold jewellery and has spent around 16 lakhs. She needs another 2 more lakhs for her husband’s treatment but without help, she won’t be able to arrange for that sum of money.

Santosh is battling a cancerous tumour in his head and needs proper treatment to recover fully. His entire life has been on a standstill since 2016. His wife and his two little children want the energetic and loving Santosh back in their life but they are too poor to afford the treatment. Your generous contribution can make a difference and bring back happiness in Santosh’s life.

Your support can give hope to Santosh 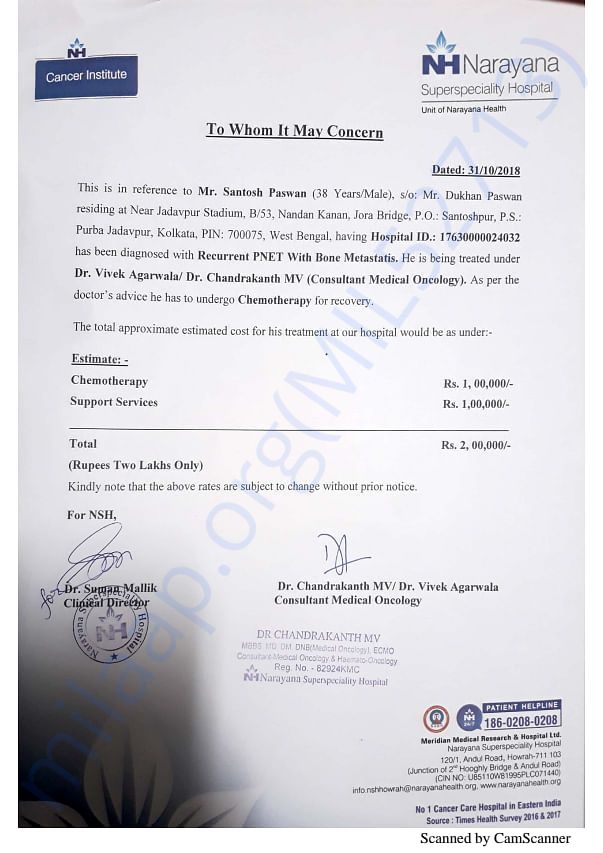 We regret to inform you that Santosh Pawan has passed away. He was undergoing Chemotherapy and the tumor had spread to his brain. He was on radiotherapy and medications for a while till he passed. All the funds raised have been utilized towards his medical expenses.

I would like to thank you all for your support and prayers, during our darkest days. Please pray for his soul to rest in peace.

Mr. Santosh is doing well. He is recovering slowly and is responding well to the treatment. He is now undergoing pallative care.

Mr. Santosh is doing well. He is recovering slowly and underwent a surgery for his broken bone. We shall keep you posted on his progress.

Please get well soon , father is the key in the family , I pray almighty to heal you

We are there for you, Don't worry

Please get well soon , father is the key in the family , I pray almighty to heal you

We are there for you, Don't worry 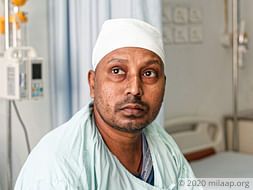 Helpless Wife Struggles To Save Her Husband From Deadly Cancer