Tribal &amp; Folk Cultural Academy at Susunia, Bankura | Milaap
Milaap will not charge any fee on your donation to this campaign. 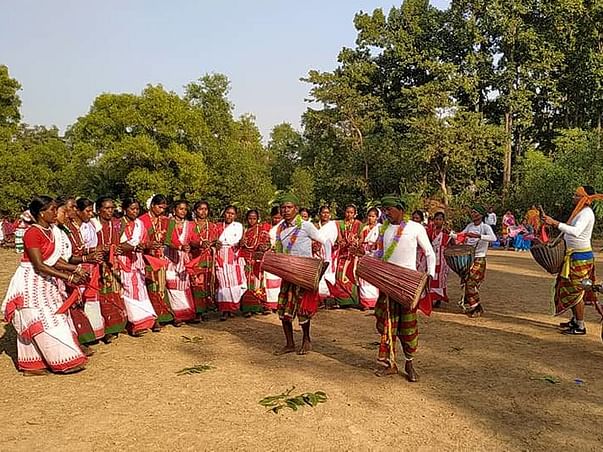 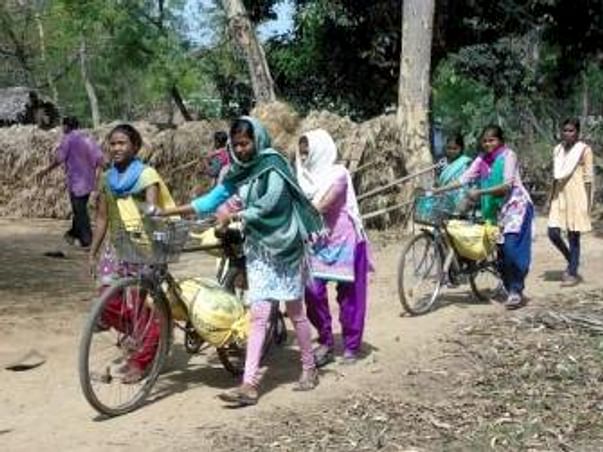 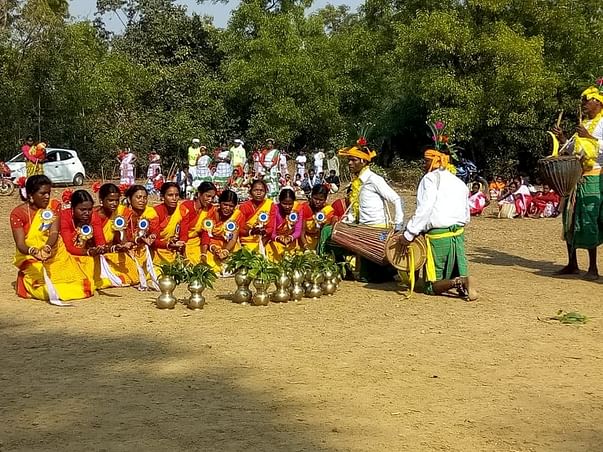 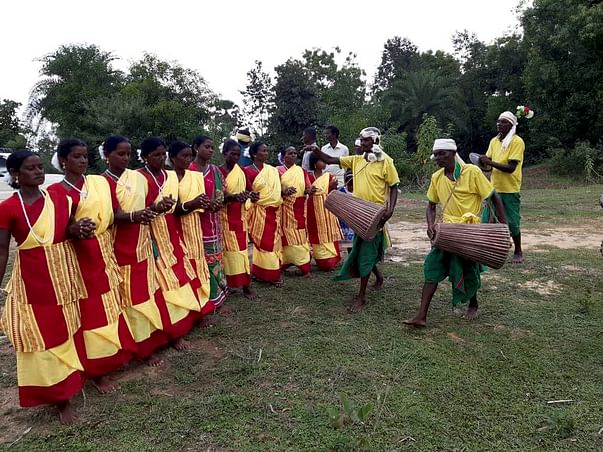 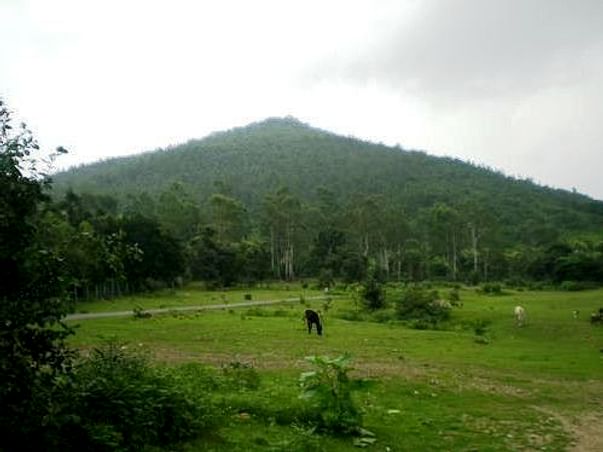 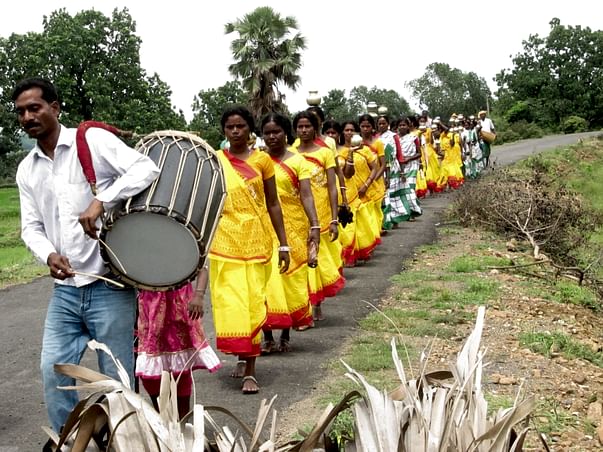 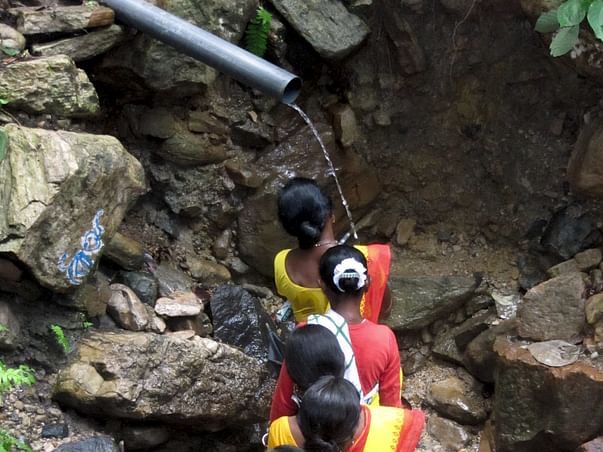 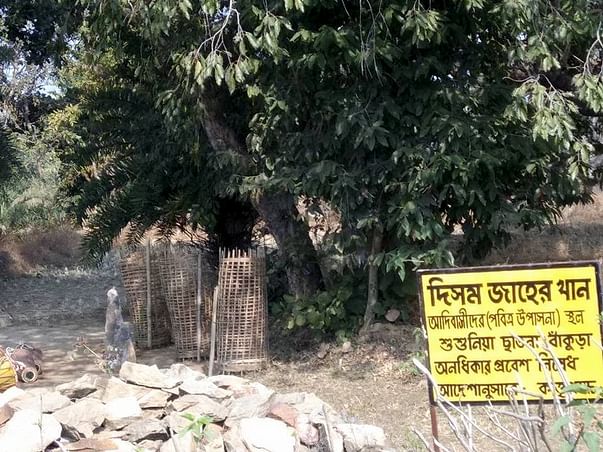 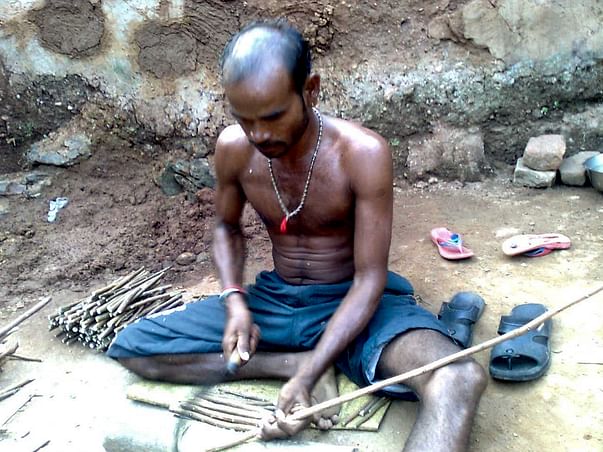 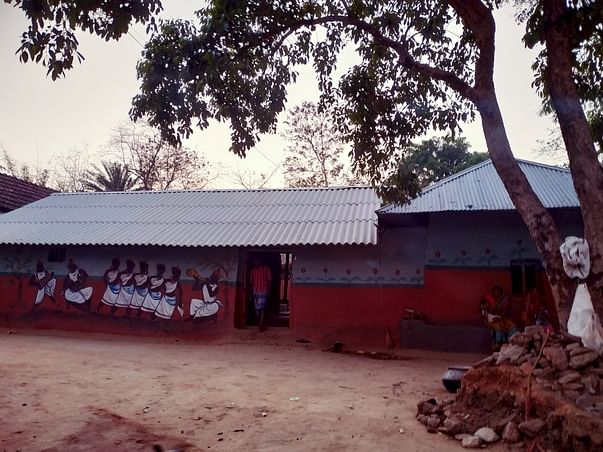 Previous Next
Rural Development Society (RDS) is one of West Bengal's most diverse Non-Government Organizations (NGO), operating from Bankura and two development branch offices in Mayurbhanj district of Orissa state and Deoghar in Jharkhand state. RDS has pioneered grassroots growth that is marked by extensive involvement of villagers not only as beneficiaries, but also as planners, managers, and leaders.
RDS programs now encompass a variety of development sectors such as rural development, total sanitation program, local institution building, health services, HIV/AIDS awareness, income generation and occupational training, education for girls at risks, and environmental conservation.
RDS is a Cooperation Circle(CC) of United Religions Initiative (URI).It has been closely working  with (URI) since 2005. We are proud to be a part of the worlds’ largest interfaith organization having around 1018 CCs working in more than 108 countries. We share the preamble purpose and principles of URI. We have established a centre of conflict resolution and peace building. We also run two interfaith children centre on a daily basis.We regularly participate in the regional, national and even international programs of URI.
RDS is proud to have contributed to improving the standard and quality of life in its project areas; however, RDS endeavor to continue its struggle in rural tribal inhabited areas of Junglemahal area in Bankura Purulia districts in West Bengal where government efforts at the local and national levels have not yet been able to effectively address a growing disparity in quality of life.
Project Title: Tribal & Folk Cultural Centre at Susunia (Hapania) in Bankura District, West Bengal, India
Site for Tribal & folk Cultural Centre at the foothills of Susunia, Bankura
Project Location: The project will be located at Susunia (Hapania), P.S. Chhatna, District Bankura, West Bengal, India where the organization Rural Development Society has adequate land ( 5 bighas = 165 decimal) for the proposed  Tribal & Folk Cultural Centre.
Past Activities of Tribal & Folk Cultural Centre
Rural Development Society has acquired 5 bighas of land at the foothills of  Susunia Hills (Hapania), Chhatna block in Bankura district for Tribal & Folk Cultural Centre. After that land leveling work was done.
The Tribal & Folk Cultural Centre under the aegis of Rural Development Society organizes every year on August 9 (World Indigenous Day) tribal festival where around 10 tribal dance troupes from bankura and its neighbouring districts participate.The Tribal Folk Cultural  Centre have also been organising vocational  training workshops for Indigenous youth.
Women collecting water for worshipping the tribal God Marang Buru.
World Indigenous Day celebration on 9th August- Worshipping the tribal God Marang Buru

Background of Tribal & Folk Cultural Centre:
The twenty first century, the age of globalization, is marked by the incidence of cultural crisis. It is the era in which many tribal/folk art & cultural forms are either losing originality, or passing into oblivion. Globalization has exerted adverse influence in the social, economic and cultural arenas. Especially our indigenous cultural exclusivity is getting decimated. Our traditional culture is being replaced by a homogenized and westernized culture which is fomented and fostered by rampant consumerism. This has a negative impact on Tribal people. Its vitiating influence is destroying cultural identity.
Tribal village  in Bankura district, West Bengal
In the world of today where individual revaluation and global civilization become challenges to national identity, micro cultures will survive only if cultural pluralism is retained. The protection and nourishment of folk arts is the means to it. In fact Tribal society is undergoing an acute culture crisis. Under such circumstances, Rural Development Society, has undertaken the initiatives for setting up a Tribal & Folk Cultural Centre at Susunia (Hapania) of Chhatna block in Bankura district.

Objectives of Tribal & Folk Cultural Centre
The Tribal & Folk Cultural Centre is the network of tribal cultural groups, artisan groups in Bankura district. The purposes of the Tribal & Folk Cultural Centre is to promote :
Tribal Folk and Baul Folk songs and dances, art and culture:
(a)Tribal Folk Songs - The existence of the tribal is interwoven with music and dance, rituals and ceremonies. There are dances and songs for every occasion- religious dances, agricultural dances, hunting dances, marriages dances, festival dances. There are ceremonies from birth to death and no ceremony is complete without dance and music. There are festivals like Hariar Simko in July, Iri gundli Nunwani in August, Karam also in August, Janthor in November, Sohrae in December, Makar in January, Baha in March and Pata in April and so on.
(b) Jhoomar or Jhumur songs and dances are most popular among Kurmis, Oraons, Mundas. Linguistically, Jhumurs are of a peculiar variety being a mixture of Oriya, Bengali, Maithili and local dialects due to the contiguity of the areas and spread of the tribes. It is equally popular in Bankura- Purulia. Themes are love, episodes from Ramayana, tales related to Radha Krishna.
(c) Gambhira Dance is a devotional folk dance of Bankura Purulia which holds a special place in Bengali culture. This folk dance is performed specially during Chadak festival in the month of March-April. The theme of the dance based on social, political, economic and moral problems of contemporary society.
Baul artist performing on World Indigenous Day
(d) Baul Folk Songs has always held a special place. It is basically a folk dialect of Bengali music and highly spiritual in nature, but far away from religious dilution.  In 2005 they were declared as the 'Masterpieces of the Oral and Intangible Heritage of Humanity' by UNESCO.
(e) Kabi gan remains popular all over West Bengal in India. It is significant that Hindus, Muslims, men, and women perform, in public puja celebrations (mostly for Hindus), or village fairs (for Hindu and Muslim spectators).
(f) Kirtan helps the mind become quiet, and when the mind quiets, we can begin to perceive the mystical things, the sacred experiences, that are around us always. There are Kirtanias in rural West Bengal and it is needed to revitalize this great cultural practices.
(g) Tarja is a form of folk poetry contest from West Bengal with a long tradition. The themes of the contest are usually taken from Ramayana, Mahabharata or Puranas.
(h) Tusu and Bhadu: Being mainly the festivals of women folk, these are greatly related to agriculture.

Cost, as estimated by management, will be around Rs. 80 lakhs which will be covered in 2 phases.
In Phase 1 we want to build the Community centre  and open stage for Tribal & Folk Cultural Academy . The cost of construction is estimated to be Rs. 26,72,000,(1768 sq. ft * 1500 per sq. ft).We are raising funds for construction right now.
The proposed building plan is attached below.
Bank Account Details
Account Name- Rural Development Society
Bank -State Bank Of India
Branch - Bankura Branch
Account Type-Savings
Account Number -11110260065
IFSC-SBIN0000022
MICR-722002002
(Donations are exempt u/s 80G of Income Tax Act)

Ask for an update
Hello everyone,

We want to thank each and everyone of you for contributing to our cause. With the money collected so far we ave constructed a Tubewell in the proposed project site.


Regards,
Kalyan Kumar Kisku
Secretary
Rural Development Society
We have decided to proceed part by part. Our priority is constructing the buildings of the academy. We still need 80 lakhs but we think it will be challenging to achieve the target within the stipulated time. When we have something visible, our donors will be able to see and believe.
Donate
OR

Just do what u do best with a big smile

Just do what u do best with a big smile

You are sending a message to
Kalyan Kumar Kisku
Go back 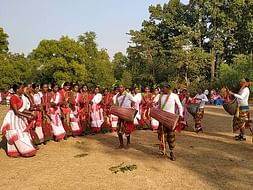