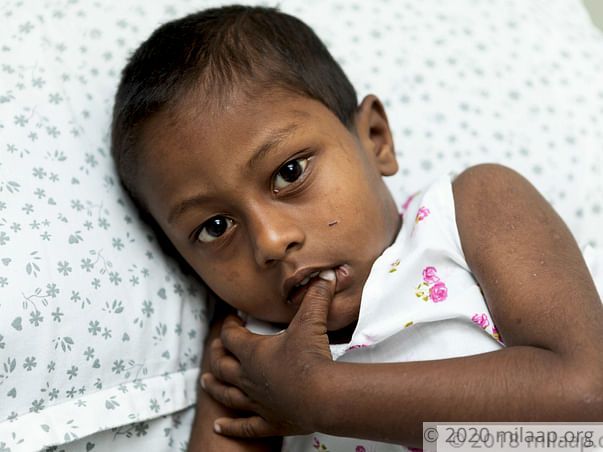 Upendra’s husband was an alcoholic. Because of heavy drinking, his condition worsened and he passed away a year ago. After losing her husband, Upendra worked hard to look after Rama Krishna and her elder daughter Sindhu who's in 3rd standard. But things have become even more difficult for her when Rama Krishna started scratching his entire body because of his chronic liver disease. He scratches until he bled. Additionally, even his stomach started swelling up unusually that didn't allow him to eat food.

“He itches continuously until he bleeds. And sometimes he starts biting his own hands and legs when the irritation on his skin becomes unbearable for him. He hasn’t even slept properly because of the itching. He stays up all night pleading me to do something about his discomfort. But whatever I try to do to ease him, it doesn't stop him from scratching his skin.” - Upendra, mother

Little Rama Krishna has only known suffering ever since he was born. He was diagnosed with jaundice a few hours after his birth and was immediately taken to the ICU. Three days later, he got better and a relieved Upendra took him back to her home in Peddamupparam, Telangana. But nine months later, he was again diagnosed with jaundice followed by fever. Upendra took him to the local doctor and he was given medicines to get better.

But much to Upendra’s despair, Rama Krishna didn’t get better even after he was given medicines. Rama Krishna was taken to Hyderabad, Telangana for better consultation and after a few tests, he was diagnosed with failing liver. Because he was too little to undergo a surgery, the doctor suggested the parents to wait. And since then Rama Krishna has been surviving on medicines for the past 4 years.

The only possible cure

Little Rama Krishna's condition is worse than it was before and the only possible cure for his deteriorating condition is a liver transplant. Though Upendra was relieved to know that she is most likely going to be the donor for her son’s transplant but she feels helpless, for she cannot afford the cost of the transplant.

Upendra works as a farmer, earning a meagre income of Rs 150 per day which is barely enough to look after the family. To keep her son’s condition from deteriorating, she borrowed 70,000 rupees from her relatives and friends for his medical expenses. Now having no one to seek help from, Upendra is in desperate need of help to save her son.

Little Rama Krishna’s condition is worsening with each passing day because of his failing liver. He hasn’t been sleeping at night and scratches his skin all day until his skin starts bleeding. A liver transplant is the only cure for him to get better. But his mother who is now the sole breadwinner of the family after her husband’s death, cannot afford a transplant with the little income she earns. Rama Krishna can only get better with your help.

Your contribution can help this widowed mother save her son

UPI: givetoupendra@yesbankltd (Copy to clipboard)
Or
Click here to read the instructions before you make a bank transfer. 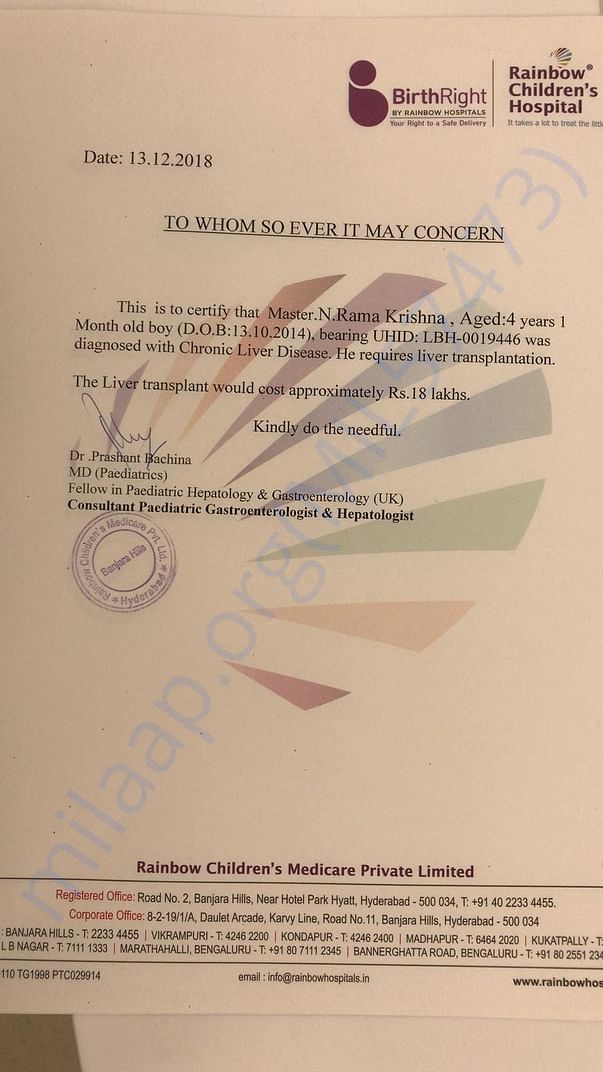 UPI: givetoupendra@yesbankltd (Copy to clipboard)
Or
Click here to read the instructions before you make a bank transfer.

Ramakrishna is not keeping well. He is at home now and he is on medicines from a long time. His mother is spending a lot of money on his medications.
Please continue to support Ramakrishna and pray for his speedy recovery.

We would also appreciate it if you could share the campaign link with your family and friends as it would help us reach the goal amount faster.

Rama Krishna is doing well. Patient has been discharged after undergoing Liver Biopsy and investigations. Patient will be visiting hospital for his regular check ups. We shall keep you posted.

Report fundraiser
See how thousands are crowdfunding for their causes on Milaap
Rs.172,113 raised 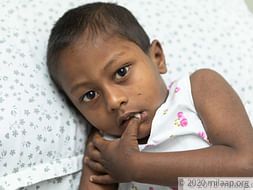