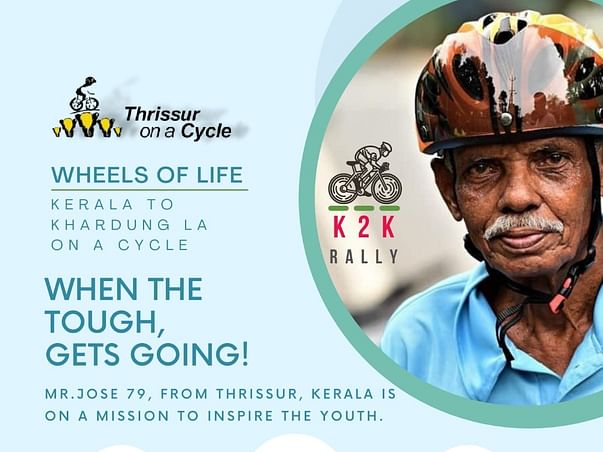 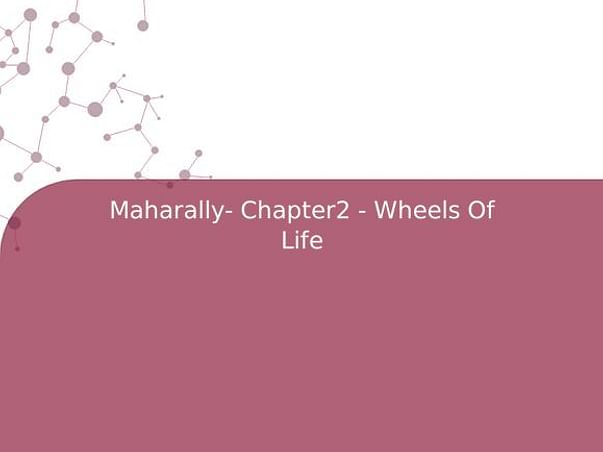 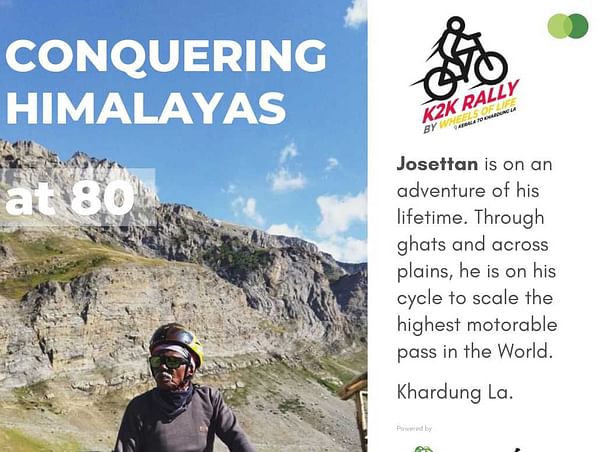 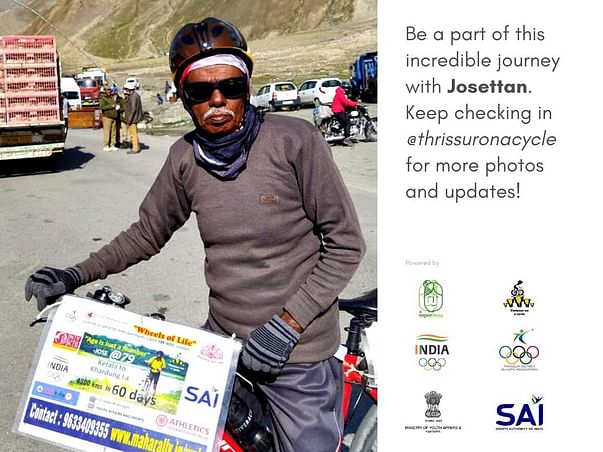 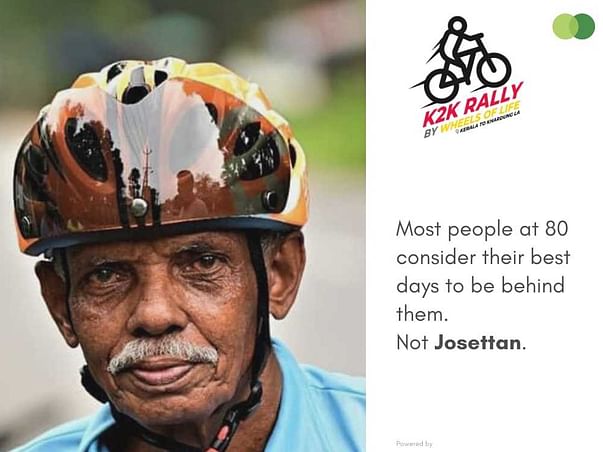 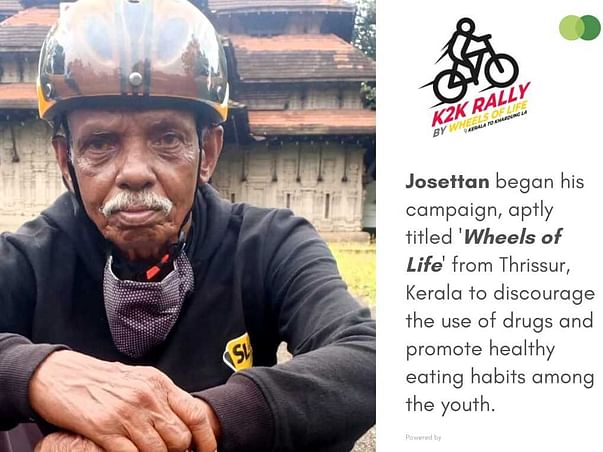 Mr.Jose MP fondly called Josettan hails from Thrissur, Kerala, and is not a celebrity. Well, he doesn’t want to become one. But the cause he has set out to champion for needs to be celebrated! From the mountains of Leh near Ladakh last week, he quoted MK Gandhi and said “His life is his message!”.

THE MESSAGE OF HIS LIFE AS WE WOULD PHRASE IT

Health isn’t a destination. It’s about how you ride, not where you are going!

Mr.Jose’s transformation from a person who had influences of alcohol and smoking, to a healthy and disciplined veteran Triathlete is phenomenal. After he turned a local hero for Thrissur, making it to Marathons and Triathlons and winning several accolades at the national and state level.

India has the largest youth population in the world. They will eventually determine the country’s moral, political, and social persuasions. Shouldering the responsibility of a densely populated country like India is no small task. And drug abuse does nothing to lighten the load. We must explore ways to help our youth understand and be aware of the dangers of drug abuse and empower them to make the right turns and right decisions. Mr.Jose has hence dedicated himself to this mission- to inspire the youth with the messages he learned and to tell the world, that an ordinary man too has extraordinary powers! If you got to choose a drug- Choose Life! While Mr.Jose turned 80 a couple of days back, he has shown us some extraordinary ways of turning a sprout of hope during one of the toughest times, mankind has ever witnessed. While the world has seen many human lives derailed during the pandemic times, his message has slowly and steadily picked up the pace. As he turned 80 on 11th September, his dream isn’t letting him sleep. His eyes are set on Khardung La, the world’s highest motorable road, and he’s getting there on a Cycle! He aspires our upcoming generations to adopt a healthy lifestyle and stay fit as he believes a healthy population will make our nation prosperous. His mission is supported by a crew of three, Mr.Gokul Padoor who himself conquered the mountains and set his foot on Kahrdung La, a few years ago, accompanied by his wife Dr.Lekha and their daughter Ms.Leena who is a millennial, tasked with covering the whole story of Mr.Jose’s journey. Tons of kind-hearted women and men from Thrissur and elsewhere are cheering up for Mr.Jose and the cause he has picked up.

Mr.Jose being an ordinary man like most of us has limited means to make his end meet. Yet his resolve and dedication to stand up and champion for the cause needs your support. Every step you take, each penny you contribute will empower him to champion the cause he’s determined to stand up for. Your generosity and kind-heartedness in all volumes, no matter how small or big it turns out, will help Mr.Jose and his mission to travel faster and farther. An old man is trying to lead by example. He has fewer words in his dictionary to entertain the internet. He’s not determined to break the internet. He aspires to be heard. Thank you for listening. Period.