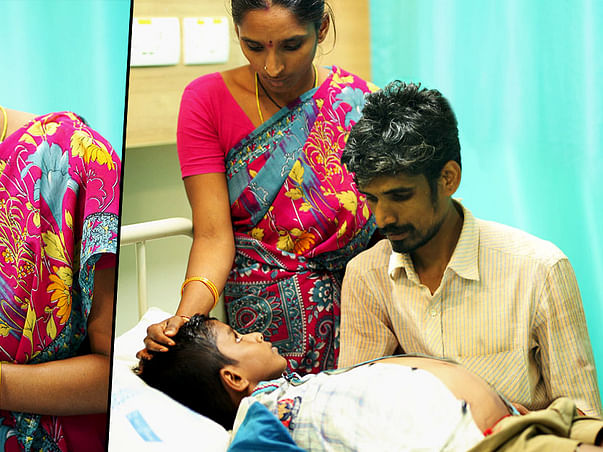 "We are daily wage labourers, our happiness is in earning atleast 100 rupees a day and making a good meal for our children. Some days we have starved but made sure our sons slept stomach full. But in the last 4 months, we have lost what we toiled for- our 8-year-old son is dying. Doctors said my son’s liver is damaged and he needs a transplant. We sold whatever we made by saving little by little, giving our sweat and blood but we cannot save him. What can save him is far beyond what we can imagine".-Madhulatha, mother

It’s been 4 months since these parents found that their little son’s liver is fully damaged. Diagnosed with Wilson’s disease, Kiran is now suffering. His stomach has bloated, making it impossible for him to eat or sleep.


It was a normal day and Kiran had just come back from school, Madhulatha noticed that he was uncomfortable but did not think he was in pain. After a few hours, he developed a fever and that’s when Paparao and Madhulatha took him to a clinic. After several tests and investigation, doctors noticed his liver was fully damaged.

After that day, Kiran never went to school. He did not understand why his mother takes him to the hospital and why he cannot meet his younger brother anymore.


“Once he overheard me speaking to someone about his condition. After I returned to him, he asked me if he has lost his liver. I asked him if he knows what a 'liver' is. He said 'no' with a slight smile. I felt so bad for him. He has just begun life and here he is wanting to know why he is in pain”- Madhulatha, mother

With his stomach bloated, Kiran cannot sleep comfortably or even eat.

Kiran doesn’t know that his poor parents are begging for help to save his life. This innocent child’s worry is all about his bloated stomach. When his mother tries to make him wear a shirt, he looks at her with tears in his eyes, his stomach is so bloated that he cannot fit into his own shirt.

"He asks me 'Why is my stomach bloated' I tell him it’s because he is strong. I know he doesn't believe it completely, but it’s better than telling him he is dying".- Madhulatha.

For 4 months, Paparao and Madhulatha managed to keep Kiran alive by selling everything they ever owned. They sold off their buffaloes and got some money that saved Kiran in the initial months. They received help from their relatives and managed over the next few months. But Kiran’s condition has become worse than before, without a transplant, his life is at risk. The cost of the transplant is 25 lakhs. Any delay in receiving a new liver will damage his organs and kill him.

Kiran is now undergoing a procedure to remove the fluid accumulation in his stomach. His mother stays with him in the hospital, while his father is in his hometown, requesting help from everyone he knows.

This boy has a chance to live if he gets a transplant at the earliest. His parents are poor and in the current situation, will not be able to arrange for the transplant. The only hope left is the support of kind-hearted individuals to save his life. With our support, this little boy can be saved.

UPI: givetopapraon@yesbankltd (Copy to clipboard)
Or
Click here to read the instructions before you make a bank transfer. 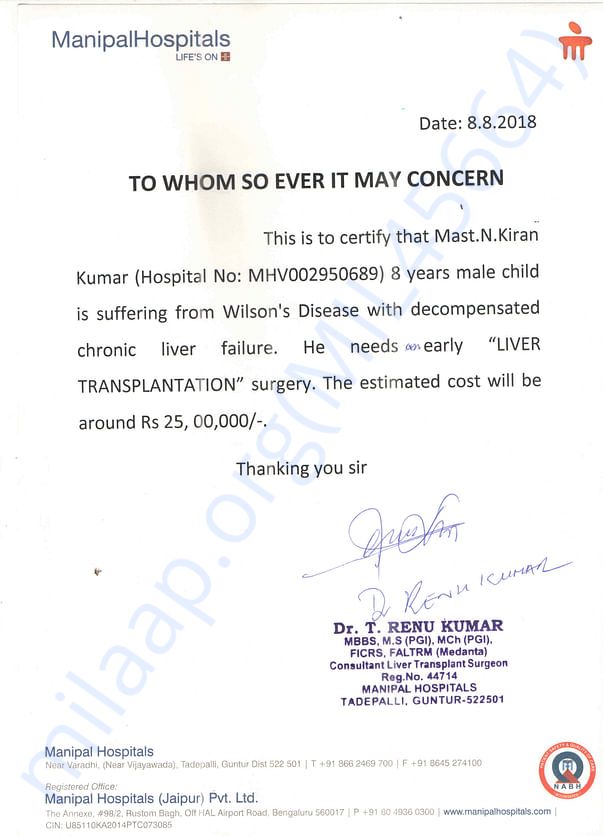 UPI: givetopapraon@yesbankltd (Copy to clipboard)
Or
Click here to read the instructions before you make a bank transfer.

Thank you for your generosity and kindness towards Kiran.

He is currently at home and on medication. His stomach is bloated because of water retention and he is feeling very sluggish.

He is scheduled for liver transplant surgery at the end of this month. His mother has been identified as the potential donor.

Please keep Kiran and his mother in your prayers for a successful surgery.

I am very grateful for the love and support given to my son Kiran.

I would like to inform you that he is presently back home. We will be taking him for checkup this week. Presently, his stomach still bloats with water, for which we need to take him to the hospital every 10-15 days to drain out the same.

Please keep praying for his good health and share the campaign. I would like to thank you all for the amount of love and support showered on Kiran.

Report fundraiser
See how thousands are crowdfunding for their causes on Milaap
Rs.261,015 raised

Donated to this campaign via Paytm? Click here if you can’t find your donation listed below.
MS
Mubin Shabbir Ahmed Siddique donated Rs.100

Donated to this campaign via Paytm? Click here if you can’t find your donation listed below.
MS
Mubin Shabbir Ahmed Siddique donated Rs.100 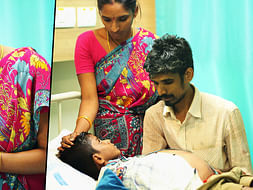