Painter’s Baby Beat Death Once, But This Time His Heart May Fail Him | Milaap

Painter’s Baby Beat Death Once, But This Time His Heart May Fail Him 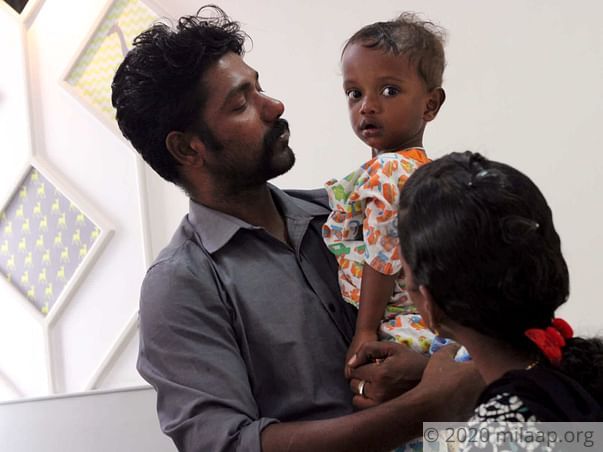 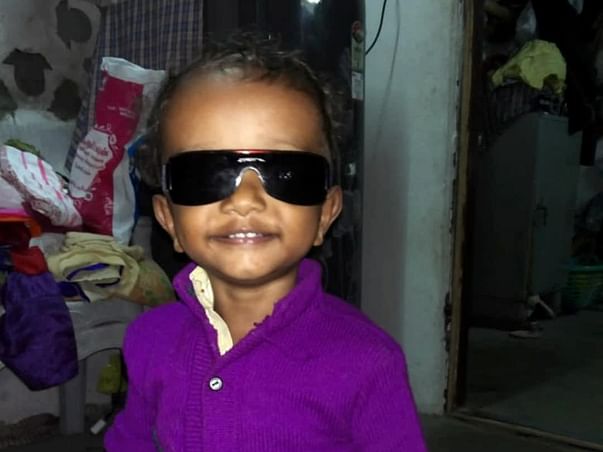 Selvaraj’s hands trembled as he held Baby John Mosses for the first time. The fear of losing his child had been haunting him ever since he and his wife Monisha found out that their unborn baby has a congenital heart defect during her 8th month scan. Within minutes after his birth, John was turning blue with every cry, and the young father’s fears only intensified when the doctor said, “He cannot survive for long with such an underdeveloped, weak heart. He needs an emergency surgery soon.”

Selvaraj remembers going to everyone he knew with folded hands, begging them to lend money for his son’s emergency surgery. Fortunately for him, he was able to arrange the money on time and the doctors placed a shunt in his heart as a temporary relief from his condition. But now, the child is rapidly outgrowing the shunt and needs a second procedure urgently to maintain the blood supply to the lungs. This little fighter fought death once, but this time his heart may give up on him without help.


An old photo of the family

“It is back….he is sick again”

Despite how frail he looked in comparison with other babies his age, Baby John was growing up to be smart. Whenever his mother asked, “Where is Appa (father)?” or “Where is Anna (brother)?” he would promptly point at them and babble. Whenever Selvaraj called out for him from another room, he would crawl at top speed and reach his father even before he stopped calling his name.


“He was feeding and growing well so we thought that nothing bad could happen to him anymore, but we were wrong,” says Monisha. “A month ago, everything changed for the worse.”

When she saw him turning blue while simultaneously gasping for breath, Monisha couldn’t believe her eyes.  “It is back,” she told Selvaraj with tears in her eyes. A trip to the doctors confirmed this mother’s worst fears.  The shunt that had been placed his heart was losing its function, making it difficult for oxygen circulation the body. His heart is in a compromised condition and only another surgery can save Baby John’s life now.

On a painter’s income alone, this father cannot save his son

Selvaraj had led a fairly difficult life immersed in poverty before coming to Chennai and marrying Monisha around 5 years ago. He was jobless for a year, and struggled hard to pay for even one meal before he got a job as a painter for a decent salary of Rs 17,000 a month. That changed everything and things started looking up for him. First, his son, Darren, was born, and his happiness knew no bounds. But 4 years later, with the birth of Baby John, everything changed for the worse. Expenses doubled, and joy halved. “Imagine holding your baby’s hand and thinking this might be the last time you are holding it. That is what I am going through now. I could save him the first time due to God’s grace, but now I am completely helpless,” says Selvaraj explaining how he still hasn’t paid back instalments of the first loan he took for John’s surgery.

Baby John Mosses once beat death, but now his life in danger again. His heart is failing and without an urgent surgery, this baby will not survive. But his painter father has no means to save him after spending a lot on his first life-saving surgery.

Your kind contribution can help this father save his son

UPI: rzpy.givetomlpjohnmoss001@hdfcbank (Copy to clipboard)
Or
Click here to read the instructions before you make a bank transfer. 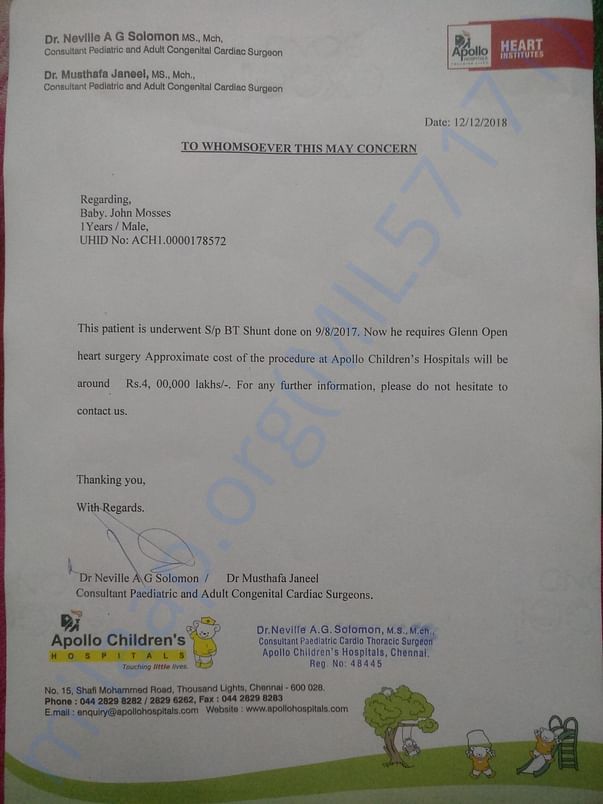 UPI: rzpy.givetomlpjohnmoss001@hdfcbank (Copy to clipboard)
Or
Click here to read the instructions before you make a bank transfer.

Report fundraiser
See how thousands are crowdfunding for their causes on Milaap
Rs.6,472 raised 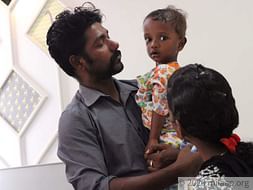 Painter’s Baby Beat Death Once, But This Time His Heart May Fail Him