This 3-Year-Old's Sufferings Can End If He Gets Urgent Treatment | Milaap
This is a supporting campaign. Contributions made to this campaign will go towards the main campaign.
Milaap will not charge any fee on your donation to this campaign. 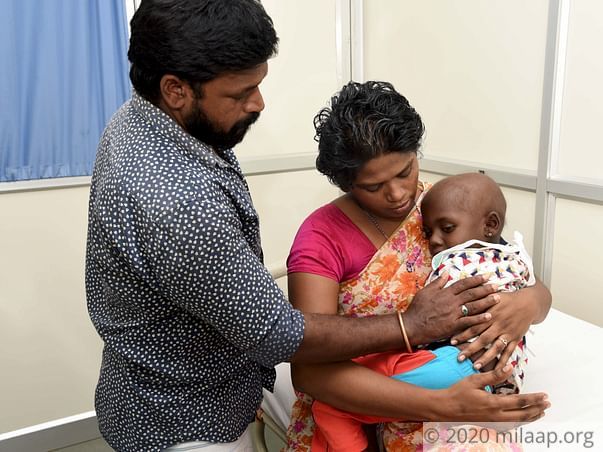 Little Jesu Mariyan has been suffering since he was just a 3-month-old baby. The hospital has almost become a second home to him. His parents were never able to feel completely happy about his growth milestones; they had only one thing on their mind- to get him blood transfusion every month which was the only survival option he had for his blood disease. All he experienced was pain and trauma. After a lot of struggle, Jesu had a bone marrow transplant to cure his disease. Little did his parents know that their baby's pain was meant to continue, and this time it would be worse than ever. His parents are emotionally and physically exhausted and live in constant fear that all their efforts to save their son will go in vain.

Just when they saw hope for a new beginning, their child got a severe infection

Little Jesu Mariyan is the youngest son of Vinoth and Kavitha. He did not show any signs of complications until he turned three months. Suddenly, he fell sick and looked very pale and his blood count dropped drastically. A series of tests confirmed that he has Thalassemia, a blood disorder involving lower-than-normal amounts of an oxygen-carrying protein.  He was given blood transfusion every month for the past three years. The transfusions were the only thing that kept him from becoming weak. He had bone marrow transplant last month, post which, he got severe fungal infections in his kidneys. These infections have the potential to make his body reject the transplant, which can turn fatal. He needs treatment for the next 2 months to make it.


"The doctors said that the infections can be cured by treatment if his fever is kept under control. He is not able to eat anything, I don't know how his little body can bear so much of pain." - Vinoth, father

Little Jesu Mariyan has barely seen a world outside the hospital. The only friends he has are at the hospital, and he has never played outside like other children. His parents were protective of him ever since the diagnosis. He kept asking his father why he is always in the hospital, and his parents told him that they will go home soon. But that did not happen, and he's once again confined to the four walls of the hospital. This time little Jesu cannot bear to be in the hospital and he cries uncontrollably to go back home, not knowing that he will lose his life without continuing the treatment.


An old photo of Jesu Mariyan with his father Vinoth

"I promised my son that I'll take him to the park, I'll let him play with other children. I was waiting for my son to see a world outside the hospital. But it feels like he's destined to spend his days in the hospital. He is angry with me, he cries and sometimes even begs me to take him home." - Vinoth, Father.

HIs father, a poor fisherman, cannot afford to continue the treatment to save his child

Jesu Mariyan's father is a fisherman in Amali Nagar village, Tiruchendur district, Tamil Nadu. He never had an easy life. His father was also a fisherman and he had seen only poverty in his life. Yet, he was determined to raise his children (older daughter Sujani and Jesu) healthy and happy, and try his best to give them a good life. Despite the odds, he managed to get him treated the first time, but now he has nothing.

"We have rented a room for Rs 4000 in Madurai and it has been months since I went to my village. We gave up everything to save our son's life but nothing seems to be enough. I'm borrowing money, even for our food. I was hopeful to take my son back home but he needs treatment for next 2 months. But it costs Rs 3 lakh. I don't know what I can do now, I feel completely lost." - Vinoth.

3-year-old little Jesu Mariyan is suffering from severe infections in his kidney post the bone marrow transplant. He has been suffering since he was 3-months-old. He is in constant pain and is desperately waiting to go back home. His poor parents have no means to continue his treatment. He will lose his life without treatment. Only your help can save little Jesu Mariyan. 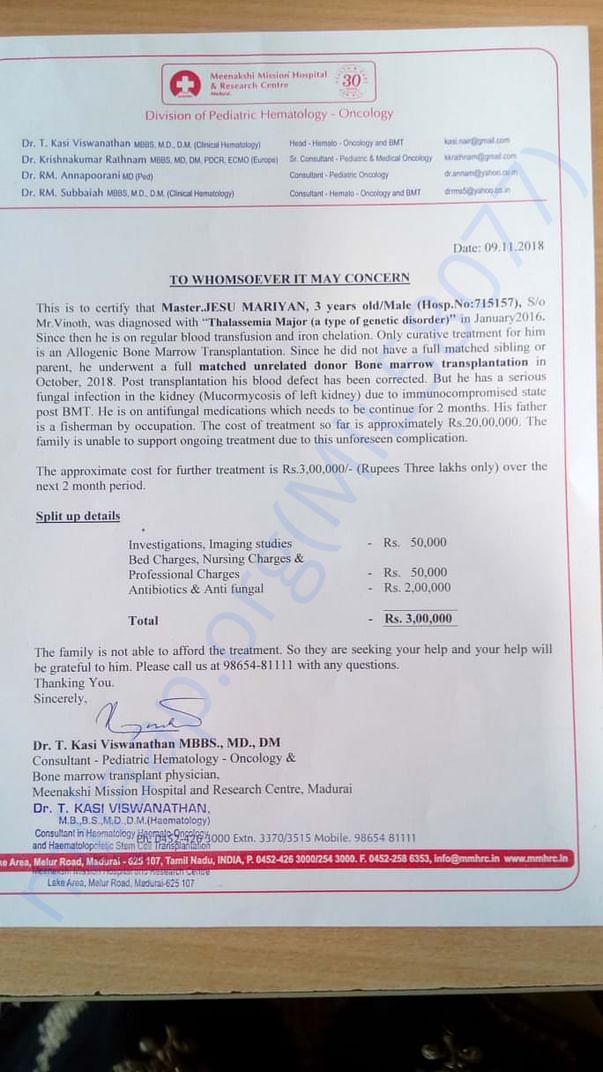 Jesu Marian is doing well. He is currently at home and is recovering. He comes for his regular check ups to Out Patient Department.

Scan & donate with any app
check_circle_outline Download payment receipt
Report fundraiser
See how thousands are crowdfunding for their causes on Milaap
Rs.199,558 raised

You are sending a message to
Mrs. Priyanka C
Go back 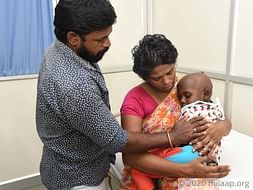