This Boy Is Determined To Go Home Cancer-Free, Needs Your Help | Milaap

This Boy Is Determined To Go Home Cancer-Free, Needs Your Help 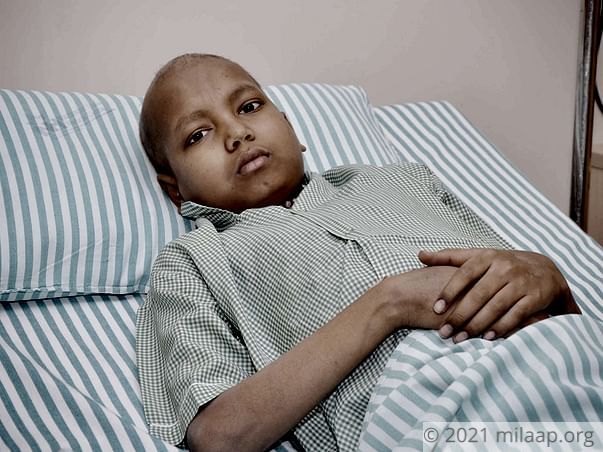 Unlike his parents, Indrajith (13) can read and write in English. Gangadharaiah and Ambuja would proudly tell their relatives that he studies in an English medium school. But a few months ago when Indrajith read his hospital reports and found out he has cancer, they were devastated. They had tried their best to protect him from the truth of his deadly disease.


“He wasn’t scared. Instead, he told us not to worry and that he will be back in school in no time. He’s very positive. He lost all his hair, looks like nothing like he did before, but it doesn’t make him feel bad. He says that this is the only way he can get better. And he’s right – only chemotherapy can save him.” - Ambuja, mother

They took him to the hospital for fever, returned with a cancer diagnosis

Indrajith’s cancer was diagnosed in May last year. His parents took him to the hospital for persistent fever, and they left only after a few days with a grave diagnosis – their son has blood cancer. Indrajith had just started going to class 8 and was looking forward to going on the school field trip.

“It was just a fever. We thought it would go away. He had never missed school before this, now it’s been months since he’s gone to school or even seen any of his friends.”

Ambuja received a text message (in Kannada) from one of his friends the other day. It read – “Hi Indra. When are you coming back to school?” Indrajith replied – “I will be back very soon!” Indrajith can only go back if he continues his chemotherapy. He needs 6 more months of treatment.

Irregular income and many debts to pay off

Indrajith’s strength and positivity aren’t enough for him to fight cancer. He needs chemotherapy, but his parents are helpless. They had borrowed 1 lakh from their friends and family to start his treatment, but they spent the entire amount just in the first month of treatment. Gangadharaiah works as a supervisor in a private company in Bangalore, and Ambuja works in a garment factory. They both take turns staying with Indrajith in the hospital during chemotherapy. Irregular work, pay cuts due to leaves and medical expenses have left them with little money. They just can’t continue his treatment any longer.

‘I will go home only once I’ve fought cancer’ – Indrajith is determined, but his parents are helpless

Indrajith is loved by all – his family, friends and his teachers. He’s a strong boy who, despite the pain of cancer, has managed to remain positive. He gives his parents courage and hope.

“He says that he wants to go back home only once he’s fought the disease. He says that he’s stronger than cancer, and will fight it. We feel like we’re letting him down. We just don’t have enough to continue his treatment.” 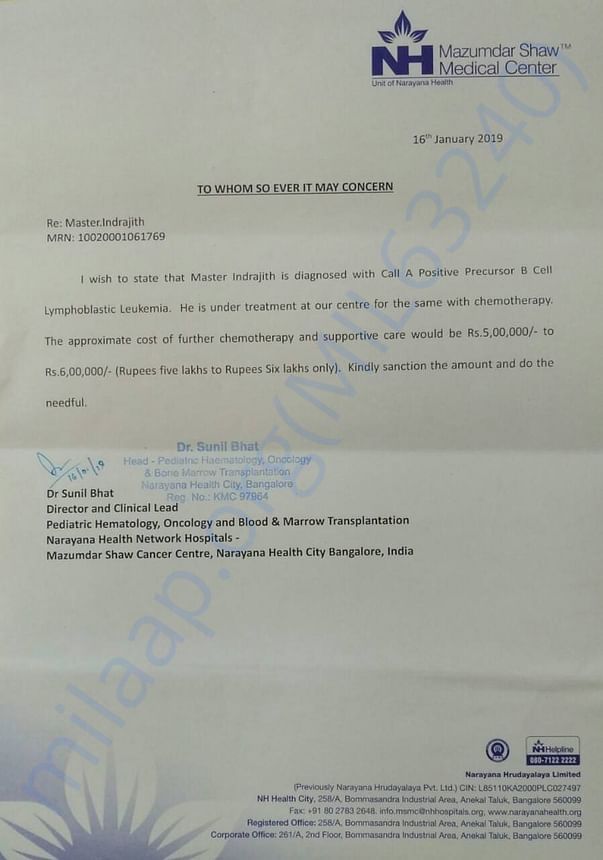 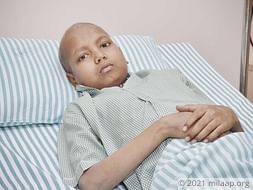 This Boy Is Determined To Go Home Cancer-Free, Needs Your Help