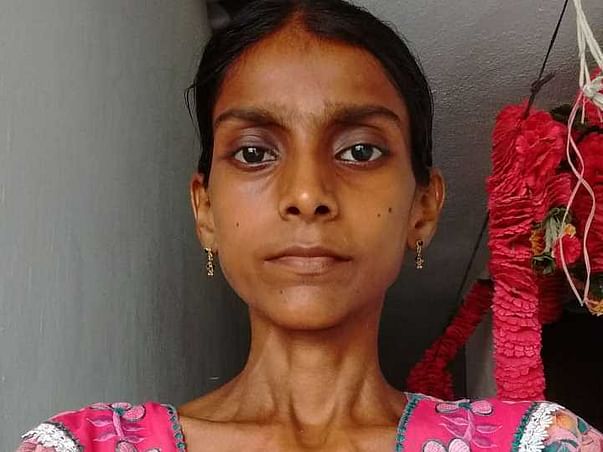 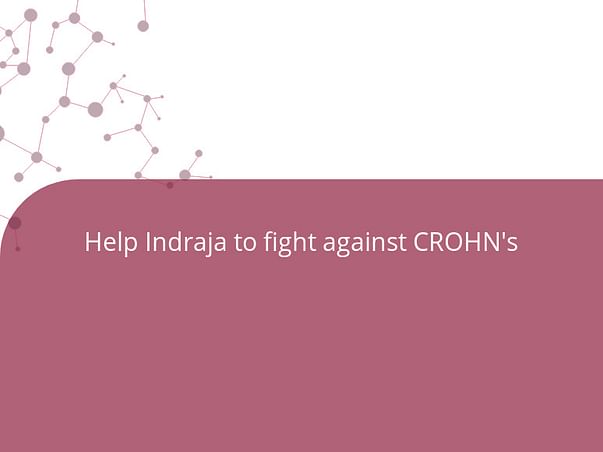 Share
Indraja has been suffering from Chron's disease from last 8 years. Initially, she had Diarrhoea, 3 times per day. But later frequency increased within a few days and she was unable to digest any kind of food, resulted in weakness.
She consulted almost every doctor in Guntur & all the other doctors suggested by family friends for 2 years, she had undergone many medical tests but none of them could identify the disease. Almost when she was close to death, she went to Vellore Hospital suggested by another doctor thinking it's her last chance to survive.

Luckily, a team of doctors in Vellore hospital identified the disease, did the treatment for 1.5 months. So she recovered, but she has to continue her medicine which costs around 5000 Rs/- for every month. As she belongs to a middle-class family, 5000 Rs/- for medicine is a big thing but somehow they managed and continued the medicine.

After using the medicine for 4 years, again the same problem started. She diagnosed with steatorrhoea, Diarrhoea. Her digestive system became very weak and unable to digest anything. This time doctors suggested surgery which costs around 5 lakhs. She is in desperate need of treatment but she doesn't have any money to undergo surgery. Her family has already exhausted the medical expenses more than 15lakhs from last 8 years. Now they don't have even a small penny to spend for her treatment.

so Let's all put our small contributions together to help her to lead a normal life as before.

Thank you so much!