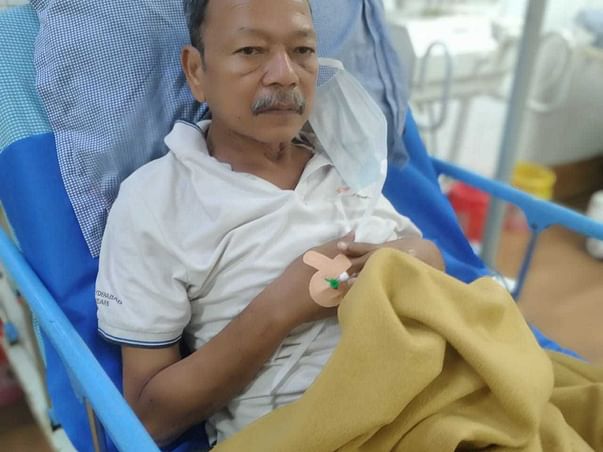 Sincere Humble appeal to all the kind donors.
My father is suffering with the Paralitic Attack for the second time and one of his kidney has stopped functioning and his other kidney is only 75% in functioning condition for which he has been admitted in CARE HOSPITALS, NAMPALLY HYDERABAD. It's my humble request to all the kind people to save my father from this ailment. Whatever, I have earned, I have used during his first time when he suffered for the first attack in 2019, where I had to shell out Seven lakhs. But now, I am unable to bear the expenses for which I had to appeal the kind donors for their help to get my father out from this ailment. I'm hereby attaching all the hospital records for your kind perusal. Please kind donors, support me.  My Google pay and Phone pay number is as follows: 8074512570/A/c. No. HDFC/50100390045775
BUDHE RAM. IFSC CODE: HDFC0009607.