23-Yr-Old Lost A Leg After A Tragic Bus Accident | Milaap
This campaign has stopped and can no longer accept donations.

23-Yr-Old Lost A Leg After A Tragic Bus Accident

With all my due respect, this story has been written to bring some urgent concern about my cousin's friend Ms. Gazala Khanam.
She has met with a road accident while traveling from Bangalore via bus. During the journey, the bus broke down due to some mechanical issues and was parked roadside. While the bus was under repair, Ms. Gazala and most of the passengers had got down for a break. Unfortunately, all of a sudden the bus was hit by a speeding truck from behind.
The bus in which Ms. Gazala was travelling from Bangalore.
This accident caused the bus wheel to roll over this girl's left leg crushing it on the spot. She was rushed to SS Institute of Medical Science, Davangere under an emergency situation.
Left lower limb of Ms. Gazala after accident.
On the day of admission, her BP had dropped so low that her family was asked to be prepared for the worst. But luckily after blood transfusion (four bottles), the BP recovered, and she was prepared for the surgery. Unfortunately, her leg was crushed flat and there was no chance of saving it. Doctors amputated her leg from the thigh. It has been a week now since her accident, but she is again under critical condition. Now she is suffering from RTA (Renal tubular acidosis) and severe infection (Sepsis with MODS). Yesterday she has been transferred to KMC, Manipal for further treatment.
Estimate letter from KMC, Manipal.
Ms. Gazala belongs to a poor family, and they have no good source of income. Her father passed away, and she is lead by her mother who is a housewife. As a result of this unexpected and significant medical expenses, they are experiencing extreme challenges in arranging funds. They cannot bear the cost of this medical treatment. So I request you to help them financially so that she gets proper treatment.
As of now, my cousin has spent approx. Rs 2,00,000 at SS Hospital. And he is in need of another Rs 4,50,000 to be paid at KMC, Manipal. If you could help us with whatever you can, we would be most appreciative. We shall be grateful to you for your contribution. And thank you so much for taking the time to consider this request.
Medical bill - 11/05 - Rs 36758 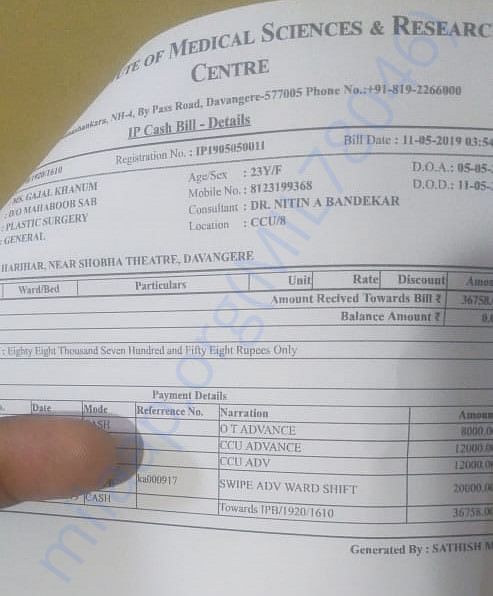 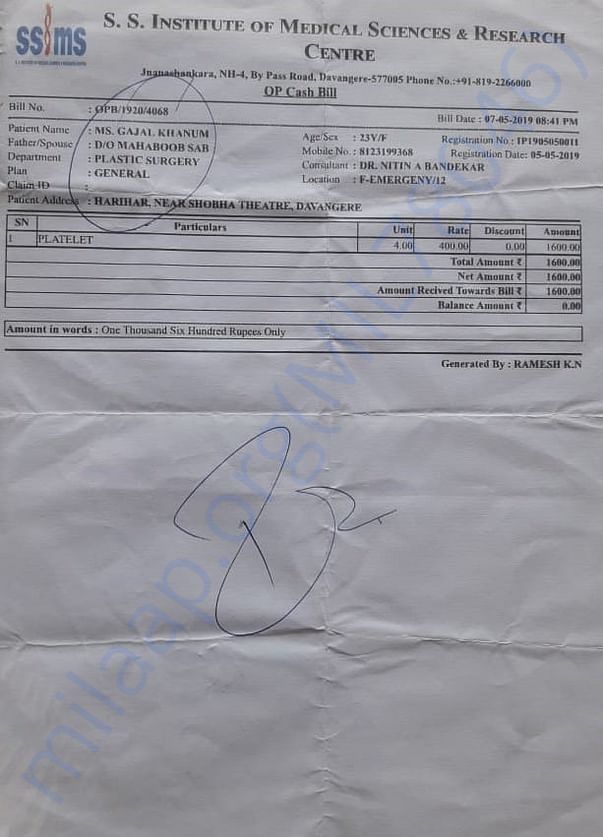 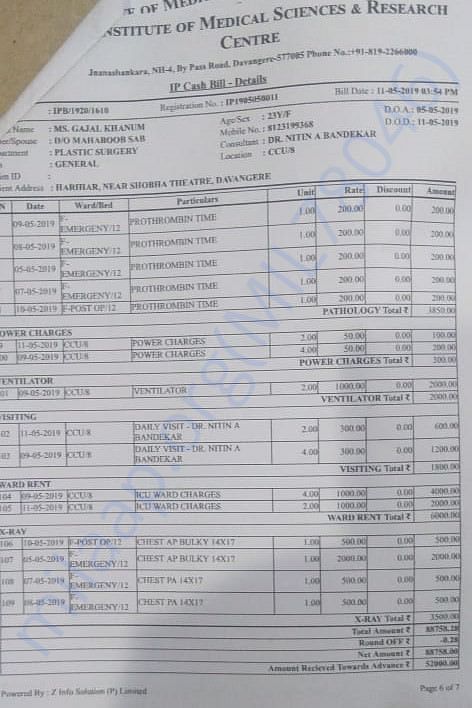 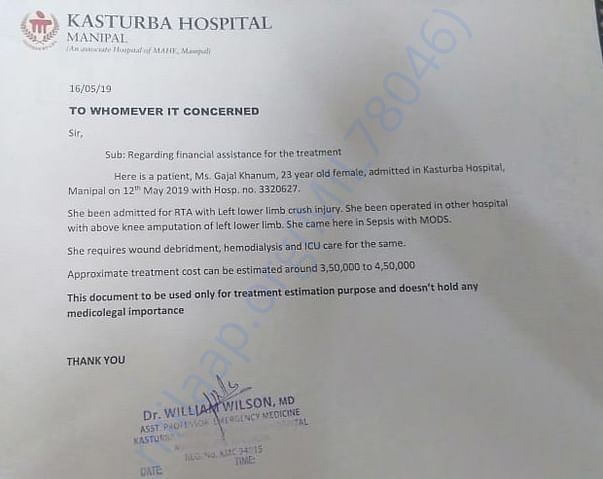 I was able to withdraw the funds raised and it has been directly deposited into Ms. Gazala's mother's bank account.

Thank you so much for your support once again. It really means a lot to all of us.

Unfortunately, Ms. Gazala passed away. She had a heart attack and could not survive. We shall donate all your contributions to her mother. Remember her in your prayers. Thank you all for the support at this hour of need.

Donated to this campaign via Paytm? Click here if you can’t find your donation listed below.
A
Anonymous donated Rs.4
Mj
Marhoom donated Rs.1,000

Wish you all the best!

May Allah (swa) grant her a quick recovery.

Donated to this campaign via Paytm? Click here if you can’t find your donation listed below.
A
Anonymous donated Rs.4
Mj
Marhoom donated Rs.1,000

Wish you all the best!

May Allah (swa) grant her a quick recovery.

You are sending a message to
Ehtesham Khan
Go back 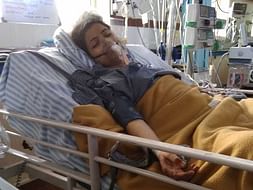 23-Yr-Old Lost A Leg After A Tragic Bus Accident