Join The Movement Towards An Inclusive Society.Support the Gaysi Zine. | Milaap
This campaign has stopped and can no longer accept donations.

Join The Movement Towards An Inclusive Society.Support the Gaysi Zine. 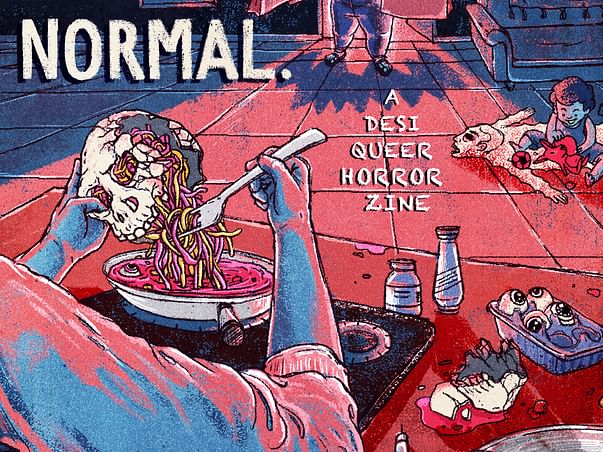 All donations above INR 700 will be shipped a copy of  the Gaysi Horror Zine [Within India].

All donation above INR 1500 will be shipped a copy of the Gaysi Horror Zine [International].

What is the Gaysi Zine?

The Gaysi Zine is a self-published annual print magazine. Our aim is to make ‘Queer’ a more relatable, acceptable and empathetic concept. We bring forth stories to our readers that are powerful, emotive, and deserve to be immortalised through print.


With Normal, Gaysi takes a leap into a genre that is largely unexplored in India: queer horror. The idea was to not just pay homage to the horror genre – by going beyond the usual paranormal or ghost stories – but also to tell these stories from a queer perspective – either through queer characters or from the minds of queer writers and artists.

Horror is everything that doesn’t quite ‘fit in’ with societal norms; it is a celebration of our biggest fears, an acknowledgement of our realities with the volume slightly turned up. And as a genre that imbibes nonconformity and countless manifestations of extremities and everything in the middle, it is surprising that we still only see heteronormative characters and their stories in almost every iteration of a horror narrative in India. Normal is an attempt towards changing that ‘norm’ and encouraging diversity even in the kinds of stories we tell and the stories we read.

The zine is an anthology of about twenty different explorations of horror. The pieces range from long-form traditional horror stories rooted in Indian folklore to poems that bring the pain and literal horror of living with discrimination as a queer person to life as well as purely graphic pieces and photo-essays along with a sprinkle of humour every now and then across sub-genres of psychological horror, slasher, satire, erotica, and urban horror to name a few. Add that to the range of characters you will meet across these pieces, Normal is bound to leave you asking for more by the end of it.

With Normal, Gaysi is also experimenting with the form of the zine. When the genre itself is so amazingly beautiful, why would we restrict it within the pages of a standard book? But in the interest of not revealing all of our surprises in one go, it will suffice to say that this zine is definitely going to be one to look out for.

To pique your interest a little more, here are some images from the upcoming issue:

Who is Gaysi Family?


Gaysi Family was founded in 2008 as a blog for any desi identifying lesbian, gay, bisexual, transgender or queer person, anywhere around the world. Contributors as well as readership is wide spread reaching out to people in Australia, UK, France, USA, Canada and more. Since 2012 Gaysi Family has been curating and hosting events with the creative spirit in mind. Annually it hosts Dirty Talk (an Open Mic), Read Out Loud (Book Readings/Workshops), 2x2 Bar Nights for LBT persons, Zine Bazaar (2 day Zine Festival), theatre shows, badminton tournaments, trivia nights, etc.

What were the previous editions about?

We have published four issues in the last three years. When we look back, each issue is a reflection of where we were as individuals and a collective.

Zine 1 was all about preserving certain queer voices in a tangible format, for we strongly felt that certain stories should be archived.


Zine 2 touched upon the plurality and many other engaging aspects of queer lives. We wanted to bring forth a collection that spoke loudly to all- that being queer is more than one thing, it needs to be understood in its varied ramifications.

Zine 3 tried to create a space where the visual is not just an accessory to the narrative but is as important as the written content. We attempted to explore the idea of "queer" art in this issue, and personal designs/visuals that are further stressing on the poignant thoughts of the author. The visual extravaganza in print gave a new life to the narrative technique.

Zine 4 explored the idea of graphic stories as we felt that graphics (visuals plus texts) have the power to evoke emotions and imagery that opens a million new possibilities. It opened a realm of reimagining queer lives like never before.


Zine 5 deliberates upon the theme of ‘Desire’. The bouquet of writings speaks of the collective conscience of the Indian queer people and brings to you narratives of desire often not spoken about or even acknowledged in the mainstream consciousness.

‘For The Love of God’ – Indian Queer Mythology Zine is a collection of graphic adaptations of stories that talk of queerness within the realm of popular Indian mythology. It is an important addition to the current discourse about queerness, gender, sexuality, and identity because it tells the stories of characters that are often not a part of popular mythology – characters that in some way don't conform to established gender roles or sexual orientation expected of them.


How will these funds be used?

Gaysi has always believed in giving a platform to artists and their work through various media – online or offline – whatever may be the cost. However, when it comes to producing a zine, there are costs beyond just artists’ fees: printing and other logistical costs. With your help, we can work towards creating a quality product that does justice in print to the hard work and commitment of each of the artists featured in the zine as well as cover the shipping and handling costs to our donors and contributors, while keeping the retail price of the zine minimal and accessible to all.
Ask for an update
Donated to this campaign via Paytm or bank transfer? Click here if you have not received an email confirmation from Milaap.
THANK YOU FOLX!

With your love and support we have completed our crowdfunding target for the Queer Horror Zine.

Thank you everyone who has donated so far! Managed to cross the 50% mark, and now we have 61K more to go! We are also super excited to inform you that we plan on releasing 'Normal' at Gaysi Curated Zine Bazaar 2019 - Mumbai edition on 21st & 22nd September. We are currently working on the zine's final layout, and hope to go into print by 25th of this month.

Wish us luck!
Donate
Report fundraiser
See how thousands are crowdfunding for their causes on Milaap
Content Disclaimer: The information and opinions, expressed in this fundraiser page are those of the campaign organiser or users, and not Milaap.
If such claims are found to be not true, Milaap, in its sole discretion, has the right to stop the fundraiser, and refund donations to respective donors.

Good luck to gaysi! So proud of you Priya dali

Best wishes for the upcoming ZineBazaar and totally looking forward for the NormalZine! Missed participating in this event so hopeful for the next! 💜

Keep up the amazing work guys! Looking forward to the zine

Good luck to gaysi! So proud of you Priya dali

Best wishes for the upcoming ZineBazaar and totally looking forward for the NormalZine! Missed participating in this event so hopeful for the next! 💜

Keep up the amazing work guys! Looking forward to the zine

GF
You are sending a message to
Gaysi Family
Go back 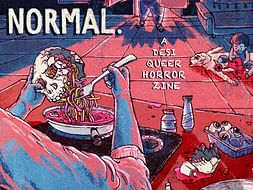 Join The Movement Towards An Inclusive Society.Support the Gaysi Zine.