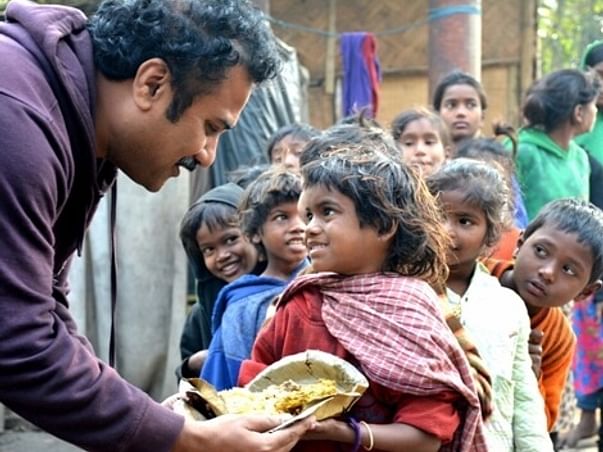 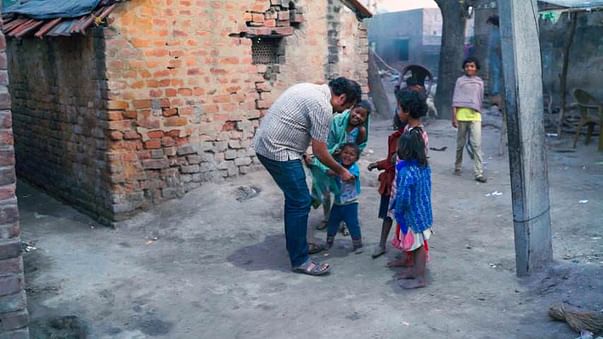 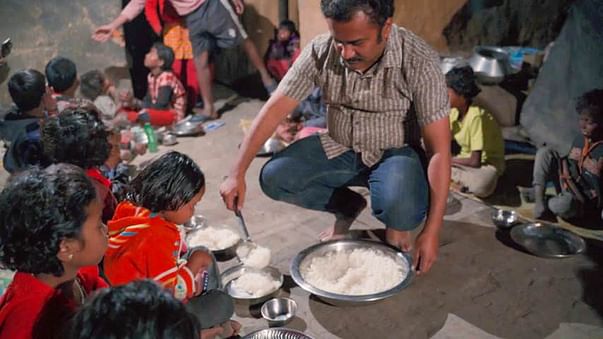 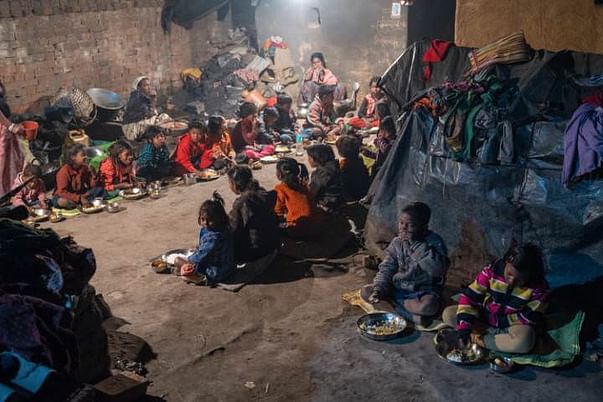 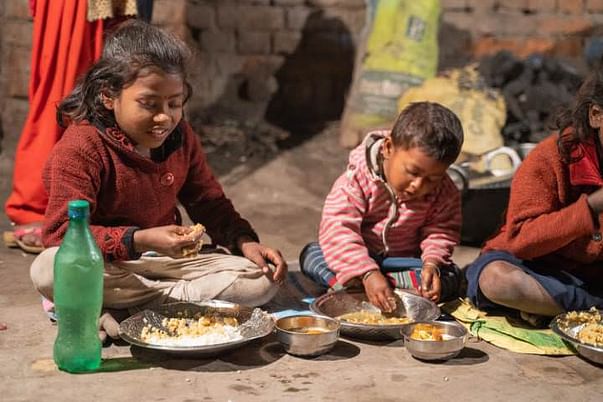 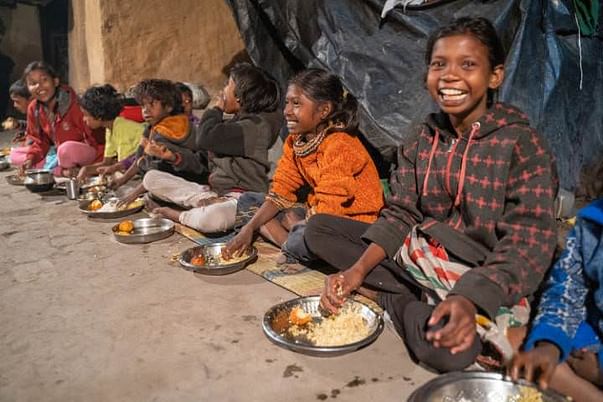 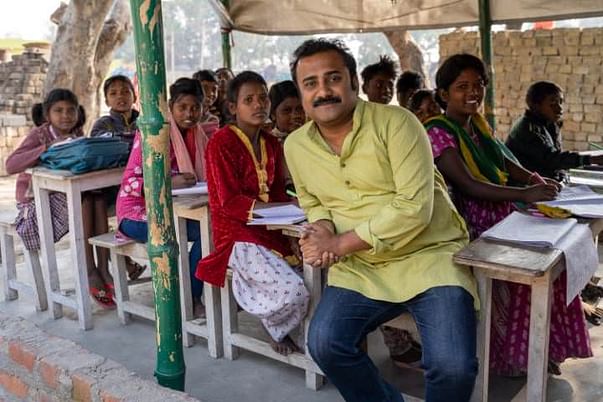 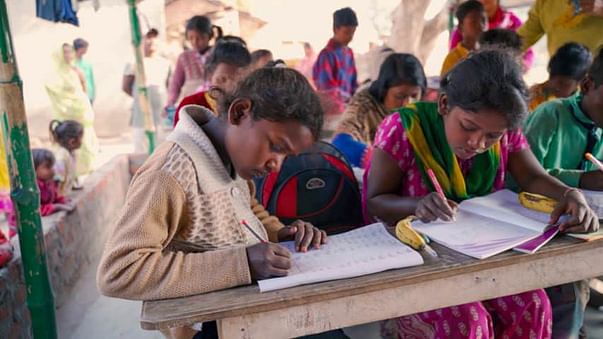 There are many other nearby villages of Asansol where Chandra has met the villagers, done a survey of the children and tried to setup a similar model of feeding and education. However, he doesn’t have the funds to take it further. “These children are the future of our nation and if we want to build a better future for our nation then these children need to be looked after. It takes Rs. 900 per month to cover the expenses of the food and education for one child. With just Rs. 900 every month, the future of one child can be secured. I request everybody to donate, so that me and my team can reach out to many more children in the surrounding villages.I feel we can prevent many from spending another night on an empty stomach," says Chandra.
Click here to donate

Note:  Donations towards this fundraiser are not eligible for any tax deduction under 80G, 501(c), etc..

Currently 214 rural children are given an education and are served food in the villages around Asansol every day.

I had surveyed many villages in the Sundarbans to assess the aftermath of cyclone Amphan and wanted to start the food and education program for the children in the Sundarbans too. With the help of your overwhelming support, we have now started our efforts of providing education and serving food for a total of 405 children at 8 locations in Sundarbans from this Sepetember.

So by the start of September, around 619 children are taken care of through the food and education program in Asansol and Sundarbans by us.

Thank you for the overwhelming support to the fundraiser.

I have been providing education and serving food to hungry children in the villages nearby Asansol, West Bengal since many years. However, I couldn’t extend my work beyond 3 villages.

With your support through this fundraiser, we have started the food and education program in one more village with 52 children. We also reached out and assessed 3 additional villages with 162 children and soon we will start our work there.

So, totally we will be providing education and serving food to 268 children every single day in 7 villages. This couldn’t have been possible without the support of each one of you!

We appeal to you to continue to support us so that we can care for the maximum children in these villages. Thank you! 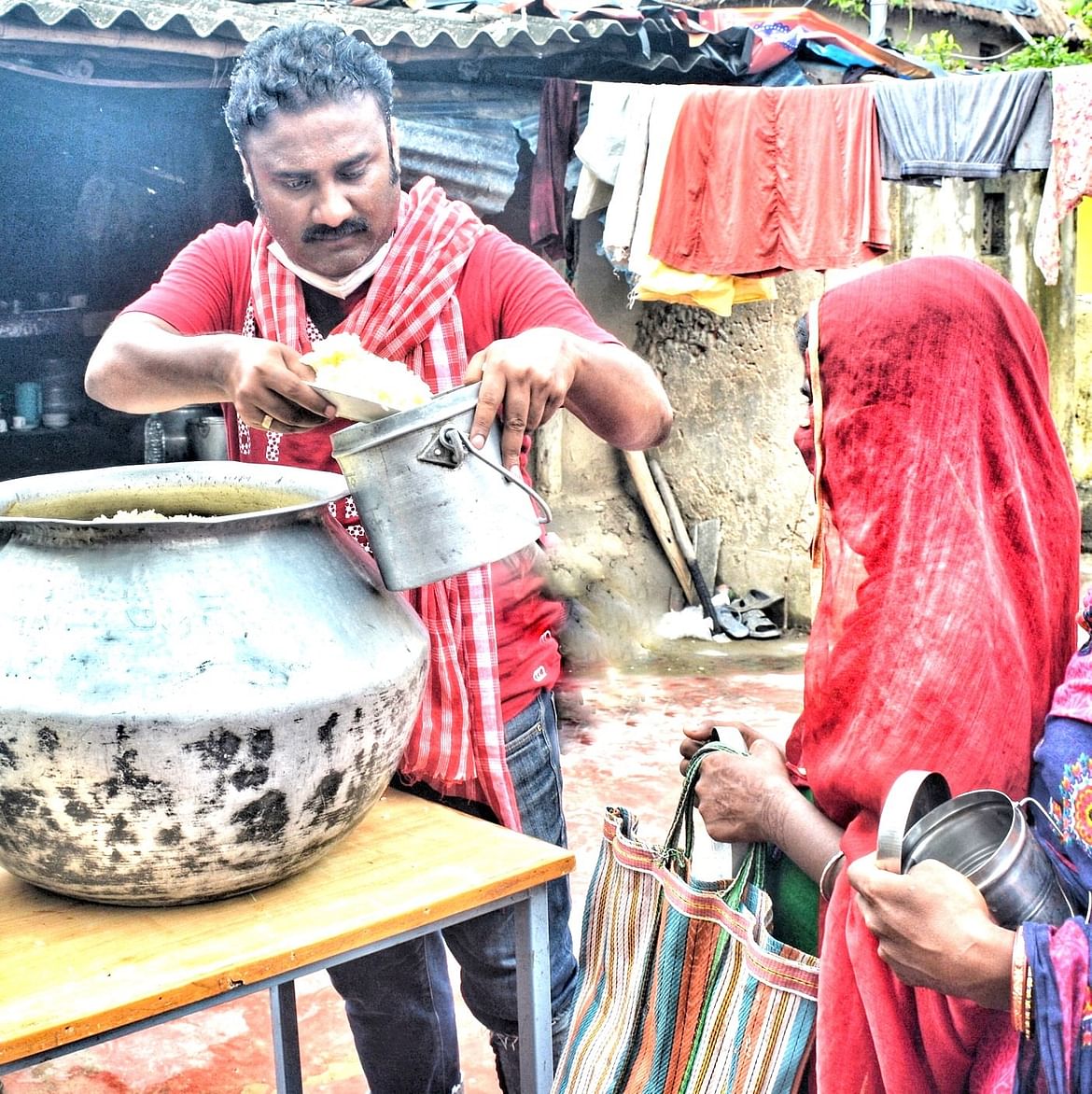 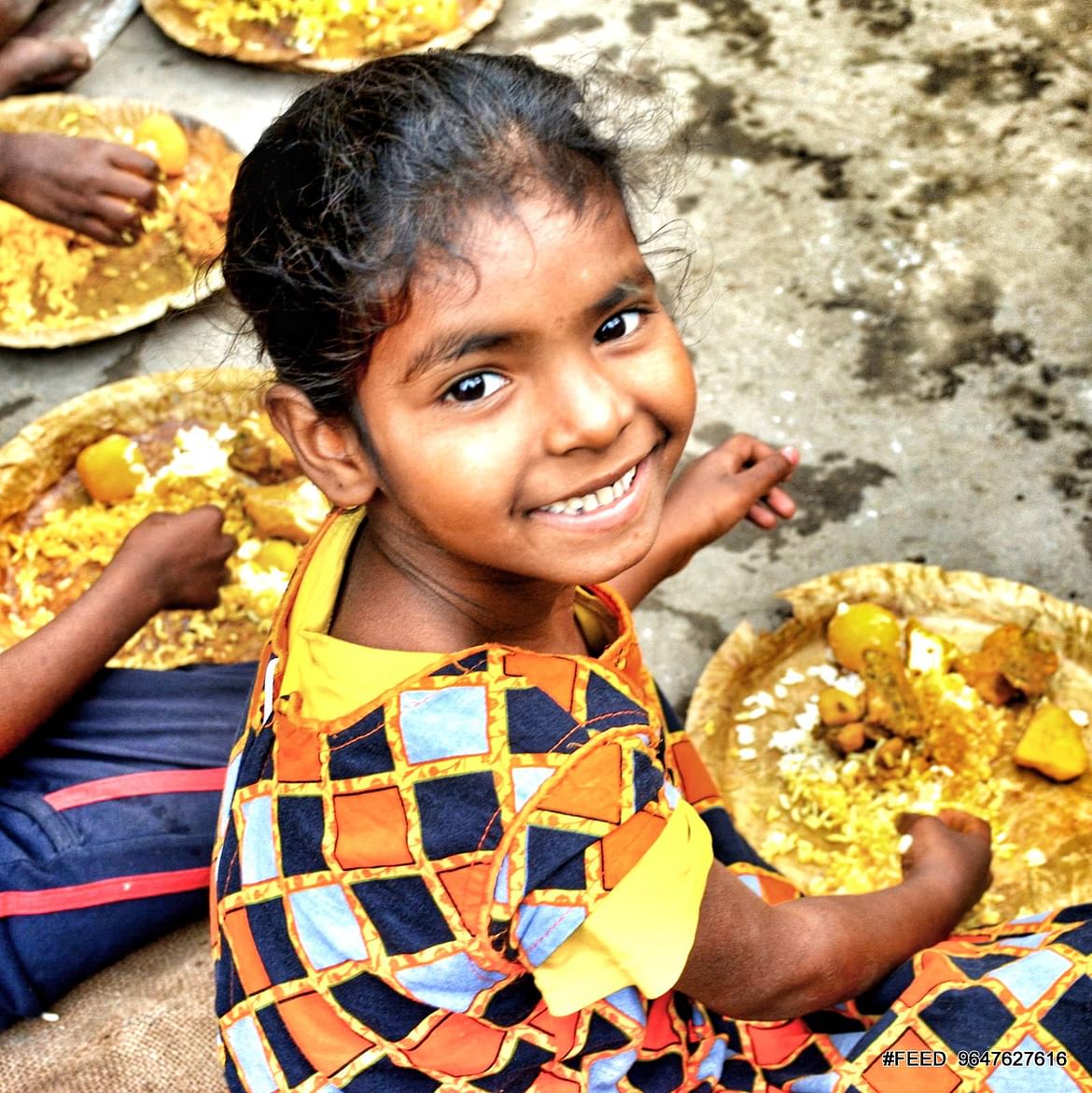 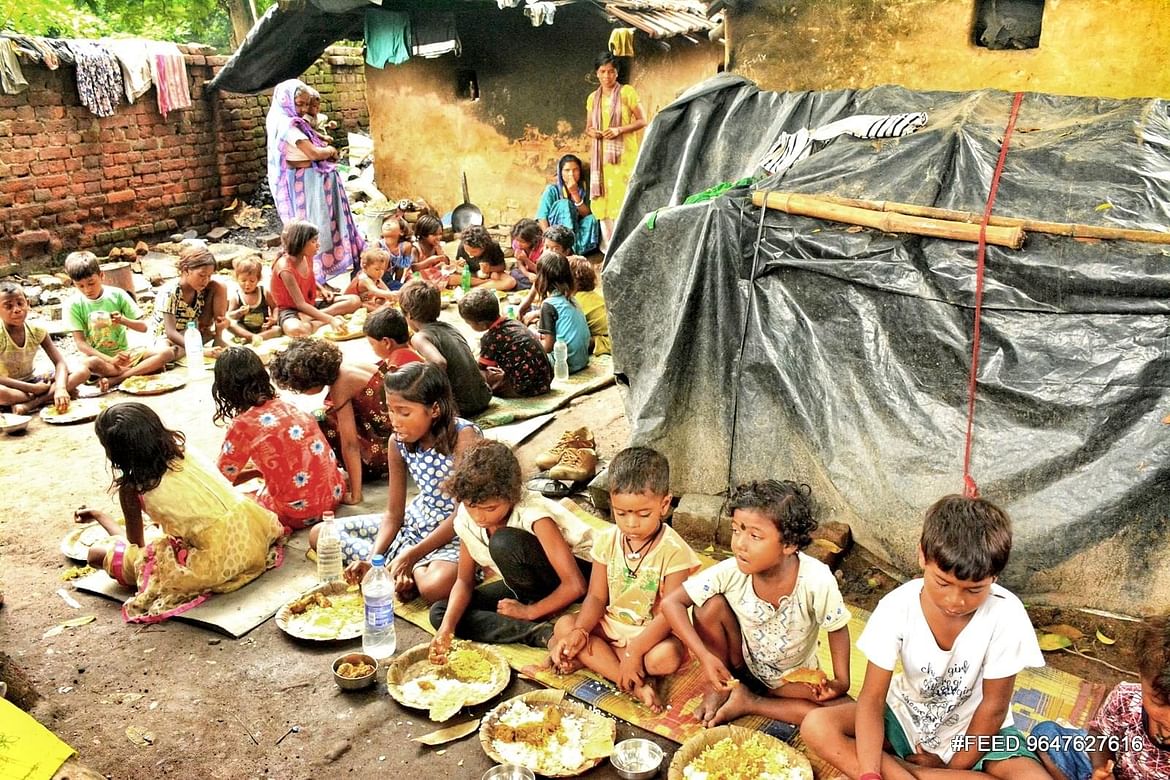 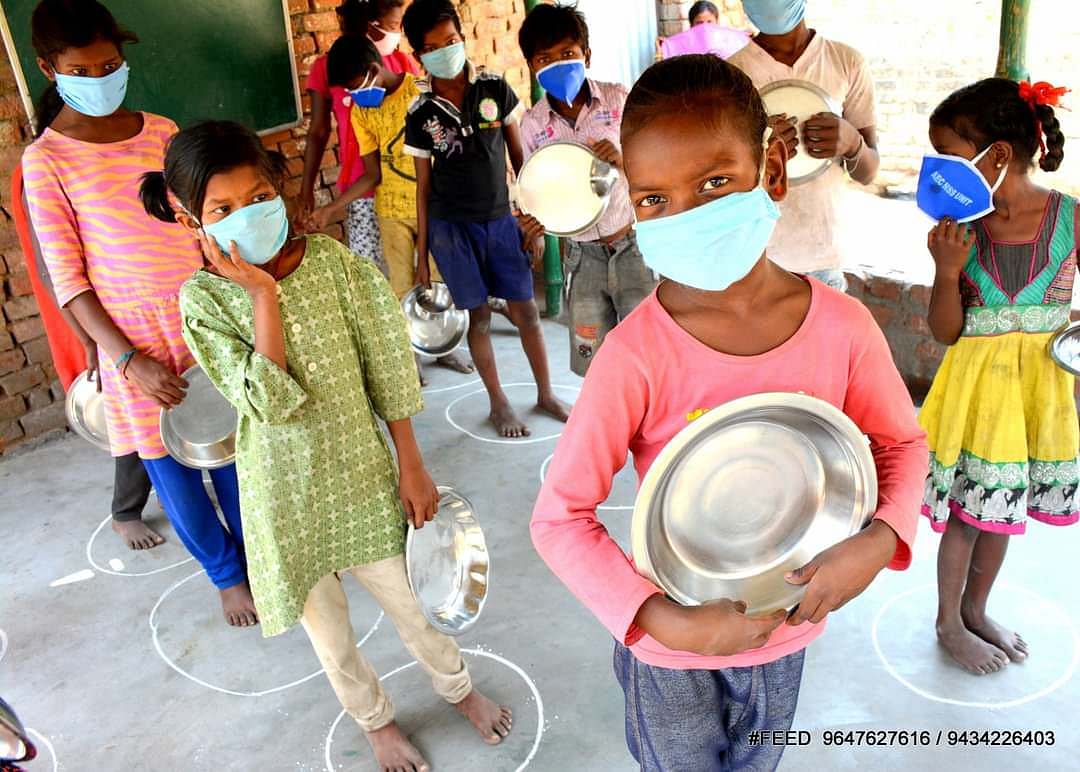 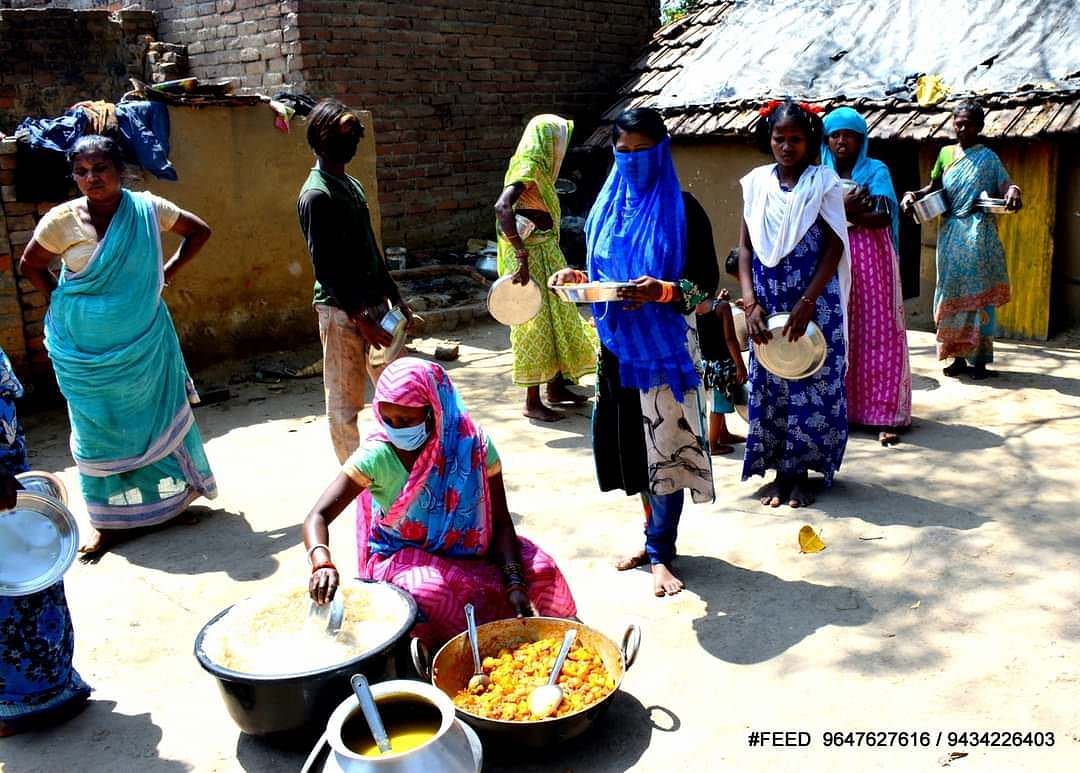 Firstly, thank you for all the support to feed the hungry children in the villages near by Asansol which is on the border of Jharkhand and Bihar.
Till now we used to feed only the children as we believe that if we serve free food to the elders than they will not be motivated to earn their own living. However, these are unprecedented times where the all the families in the villages are struggling to feed themselves. So, we now are feeding the children as well as their parents. With the help of your support more than 250 people are served free food everyday in 3 different villages. We are also distributing masks in the villages for free.

There is a need to increase the food distribution in other villages too. Please continue to support us to be able to ensure that no one has to go to sleep with an empty stomach. Each one of these starving souls thanks you for your kindness.

Scan & donate with any app
check_circle_outline Download payment receipt
Report fundraiser
See how thousands are crowdfunding for their causes on Milaap
Rs.7,654,156 raised

Donated to this campaign via Bank transfer/QR Code? Click here if you can’t find your donation listed below.
SP
S donated Rs.2,500

Let no one sleep with hunger

Maa Durga's blessings be upon you all!

Donated to this campaign via Bank transfer/QR Code? Click here if you can’t find your donation listed below.
SP
S donated Rs.2,500

Let no one sleep with hunger

Maa Durga's blessings be upon you all!

You are sending a message to
Chandra Shekhar Kundu
Go back 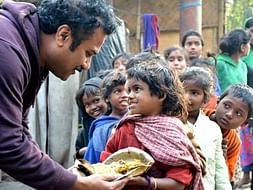