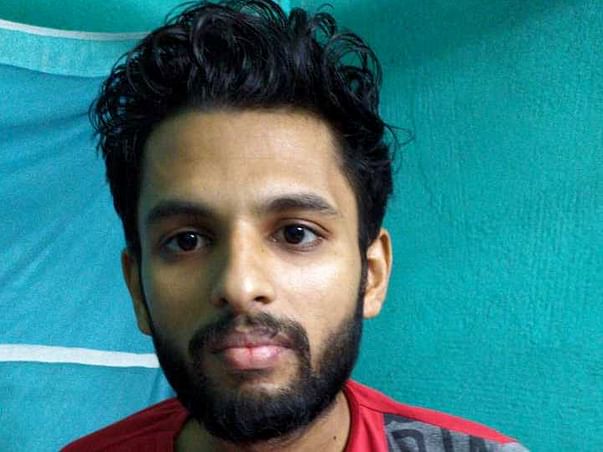 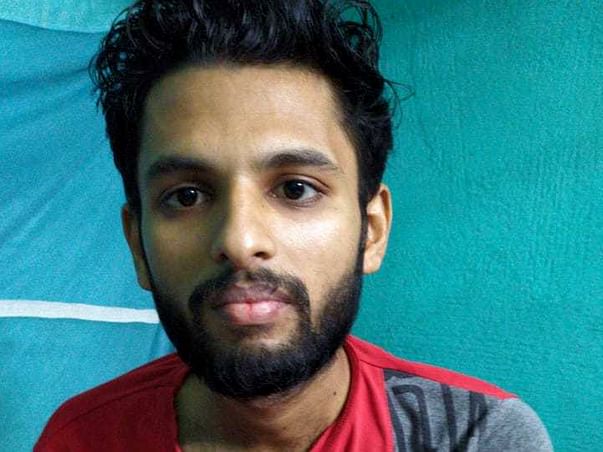 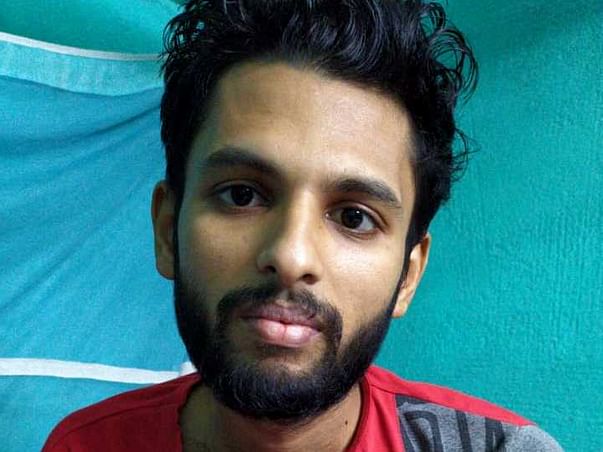 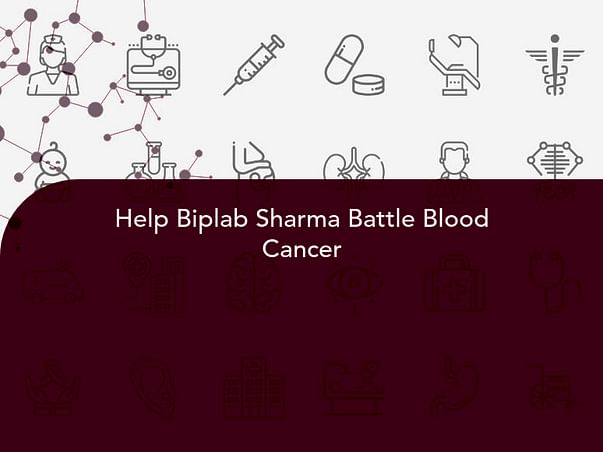 My Relative Biplab is diagonosed with a severe case of Blood Cancer. All started 3-4 weeks ago. He was suffering from a stomach pain at the very first stage. Then after 2-3 days, pain in his backbone and high fever was also detected, and by all these symptoms it started. Then his family members took him to Apollo Gleneagles Hospital, Kolkata(Near Mani Square Mall, Eastern Metropolitan Byepass). There the Doctor gave him some blood tests and Platelet Test. After the test he got detected suffering with a stage of Leukemia. More specifically, the Platelet Count in his body get reduced to 12,000(Normal Range varies from (1,50,000-4,50,000). After that, his family members went to Nil Ratan Sarkar Hospital(NRS Govt Hospital, Sealdah, Kolkata), since  NRS is very renowned for their treatment in the Dept Of Hematology. So, he got admission in NRS and there his treatment went on for 5 days. His Platelet Count increased from 12,000 to 60,000 and finally up to 75,000. So, he was released from there and went back to home. After 3-4 days, again he had a high fever and stomach pain and again he was admitted in a nearby nursing home in Sodepur, kolkata(Shivam Nursing Home, Sodepur). Again he was encountered with a decrease in his Platelet Count and it went down to 10,000. After all these situations, finally his family members took him to Christian Medical College,Vellore(CMC, Vellore) and there the Doctors told that, these are the symptoms of nothing but Blood Cancer, and for it to be very sure, they need to have a Bone Marrow Test which costs approximately 50,000 INR. The Doctors from Vellore told to his family that all the initial Tests and treatments they can do from Kolkata itself.
So, immediately within one week 1-2 lakh is needed for the primary checkups and tests and to admit in the Tata Medical Centre. And within a month ₹7-8 lacs is needed, and overall in between 2-3 months, a total of 1800000-2000000 is needed.

So he and his family is going through a very tough situation now. We in the sake of nothing else, but as a human being only can help to make them arrange the money. It will save the life of one of our friends, of someone's child, of someone's cousin, of someone's love, of someone's nephew and the list goes on.

So I am requesting all of you to please donate as much as possible according to your ability. We will be highly obliged and thankful to you all!!

UPI: givetomlpbiplab@yesbankltd (Copy to clipboard)
Or
Click here to read the instructions before you make a bank transfer. 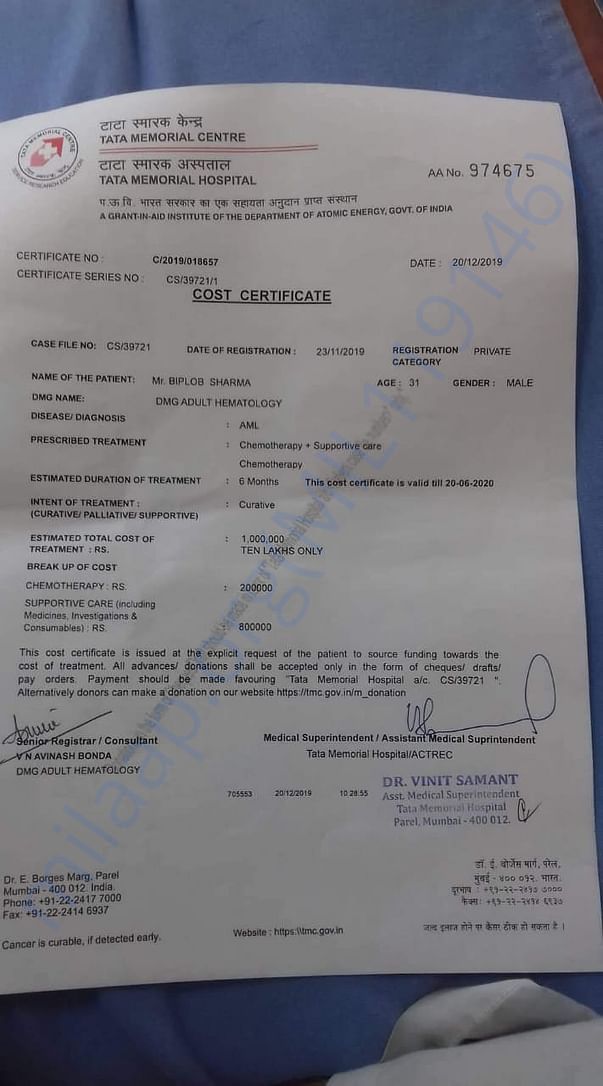 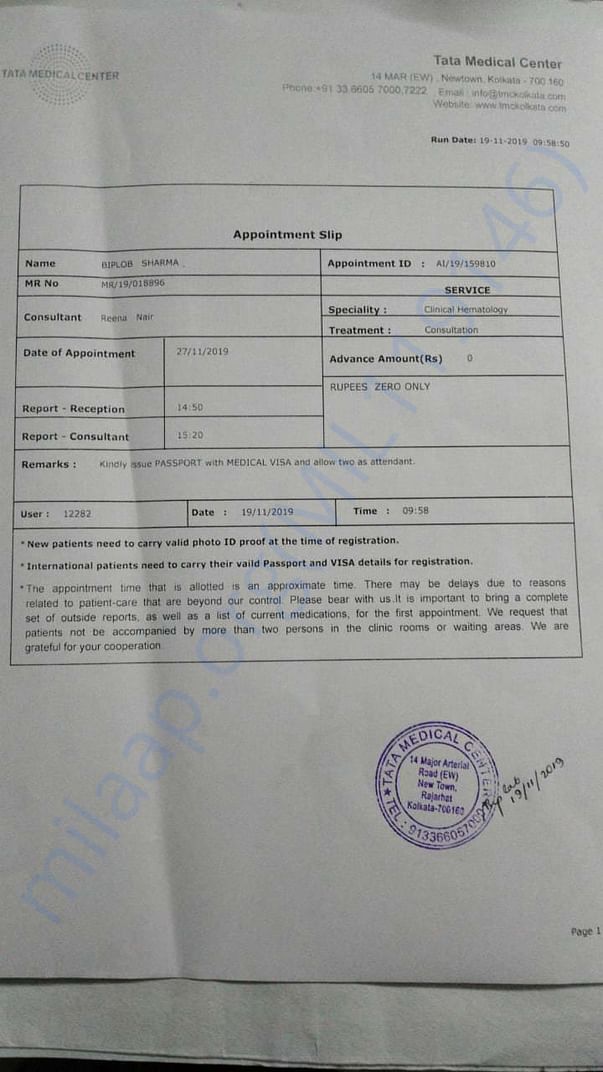 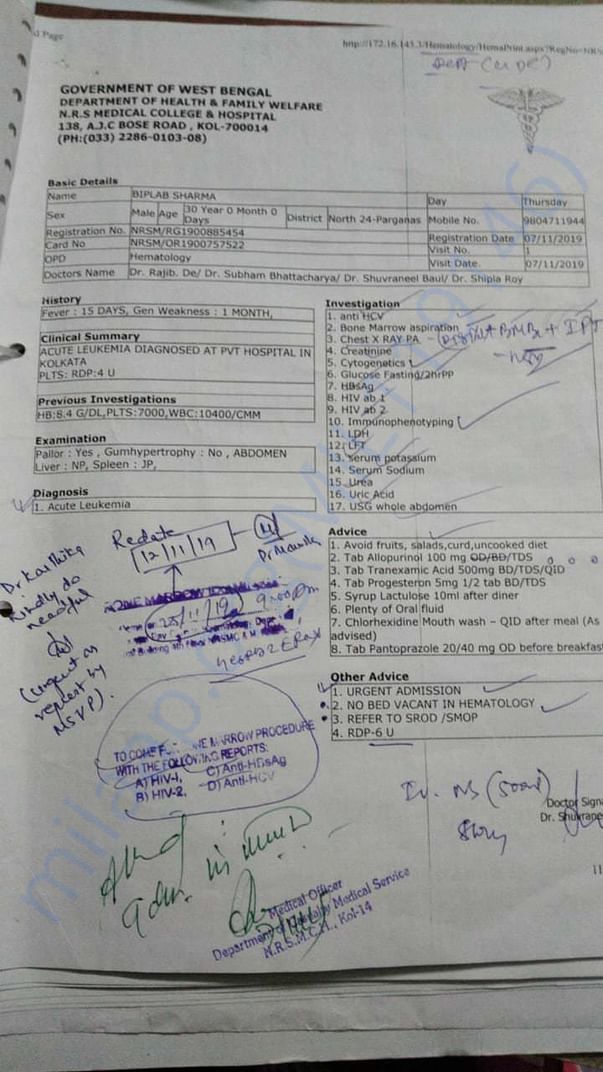 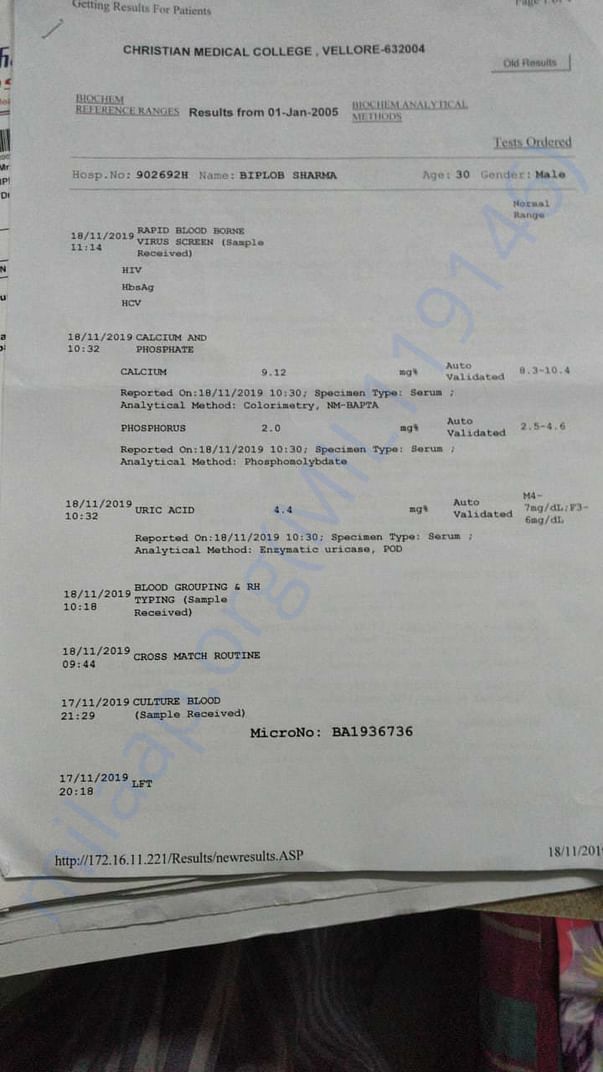 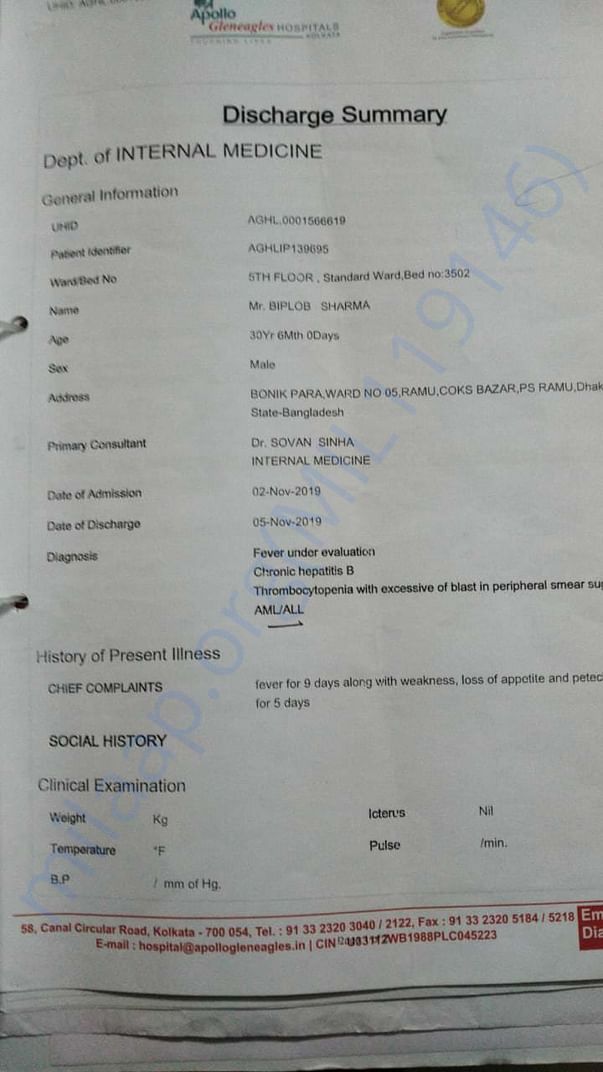 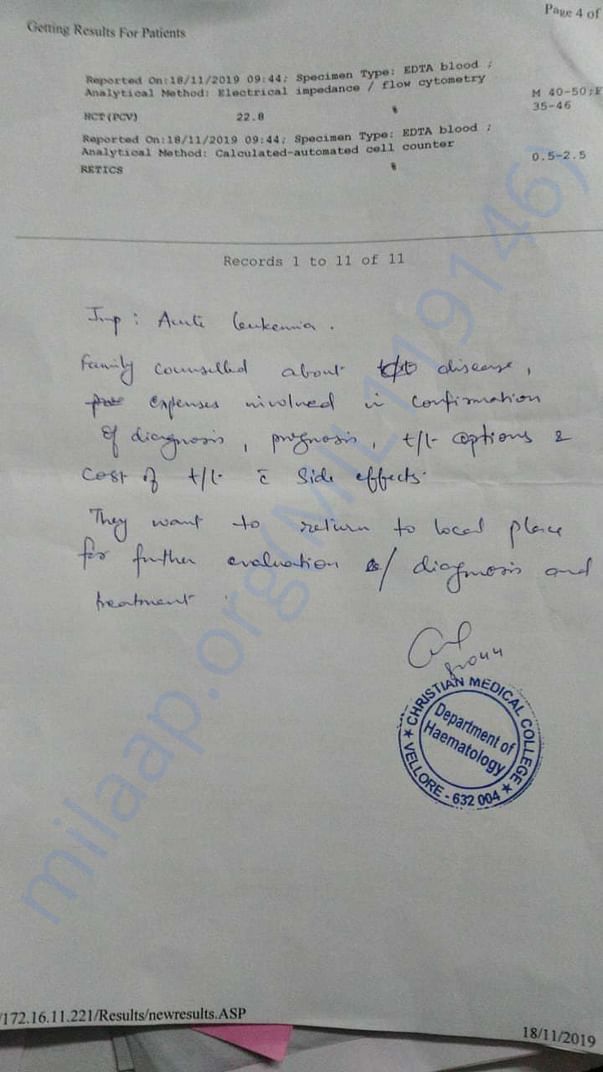 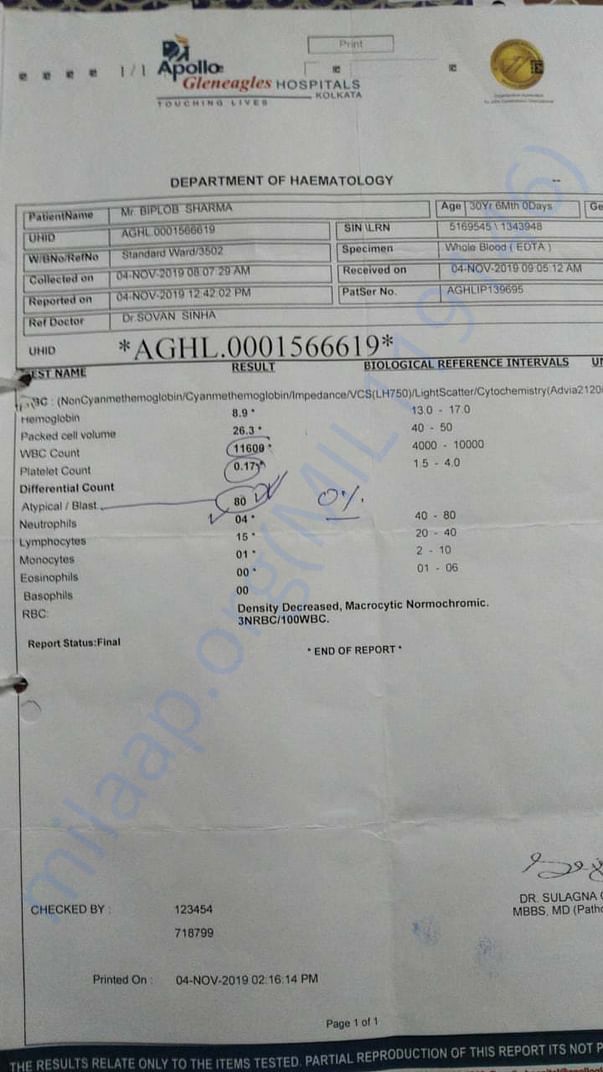 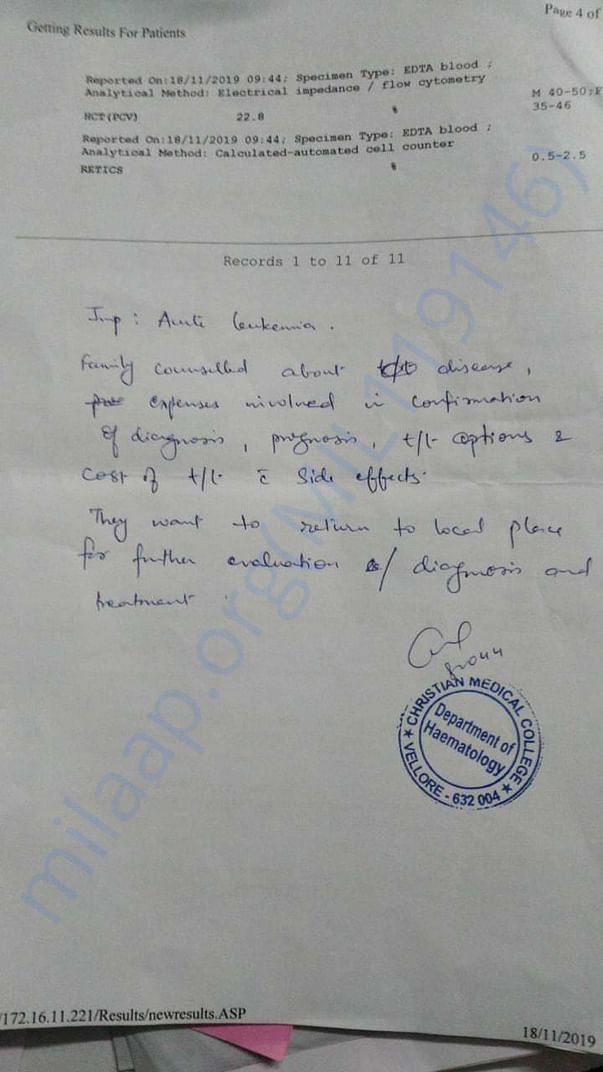 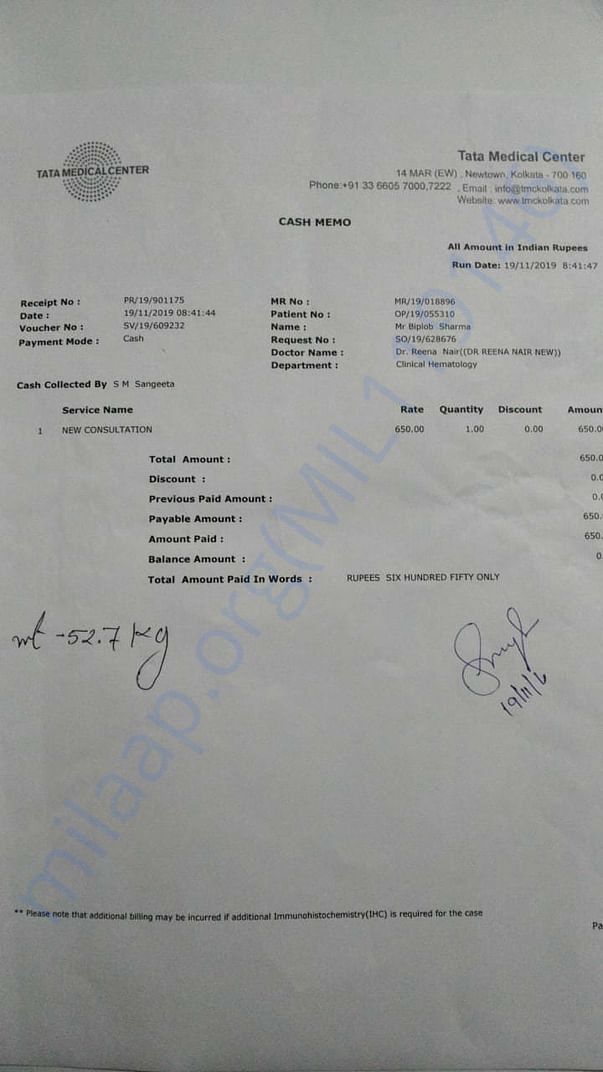 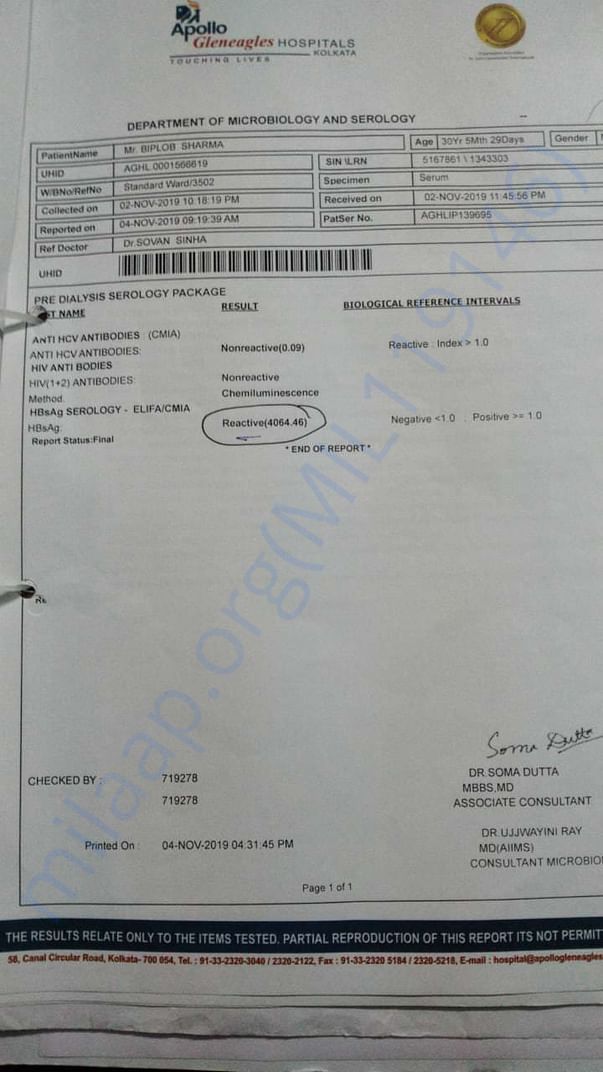 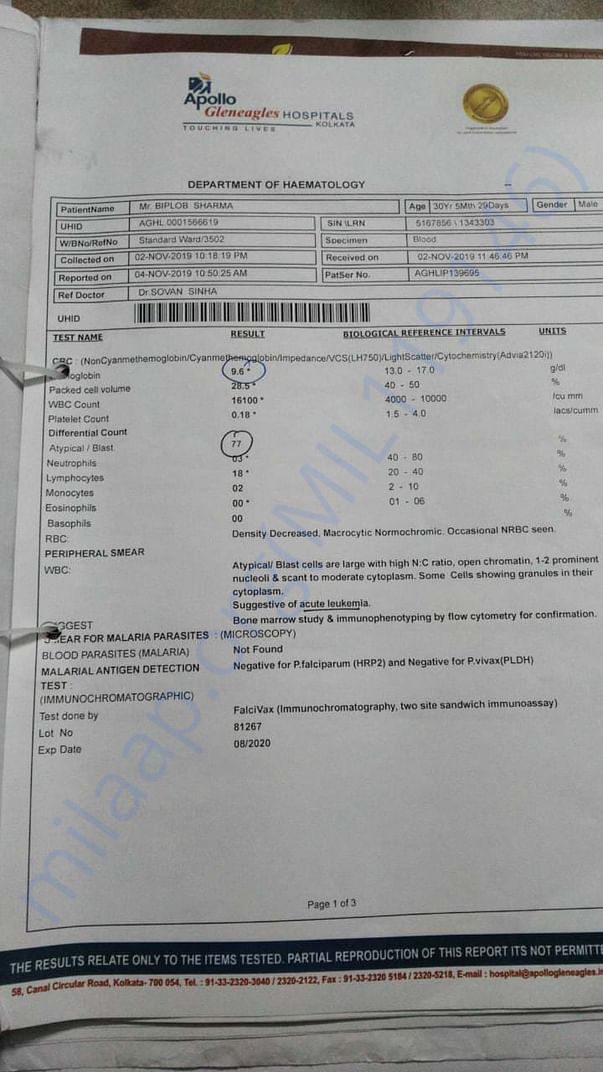 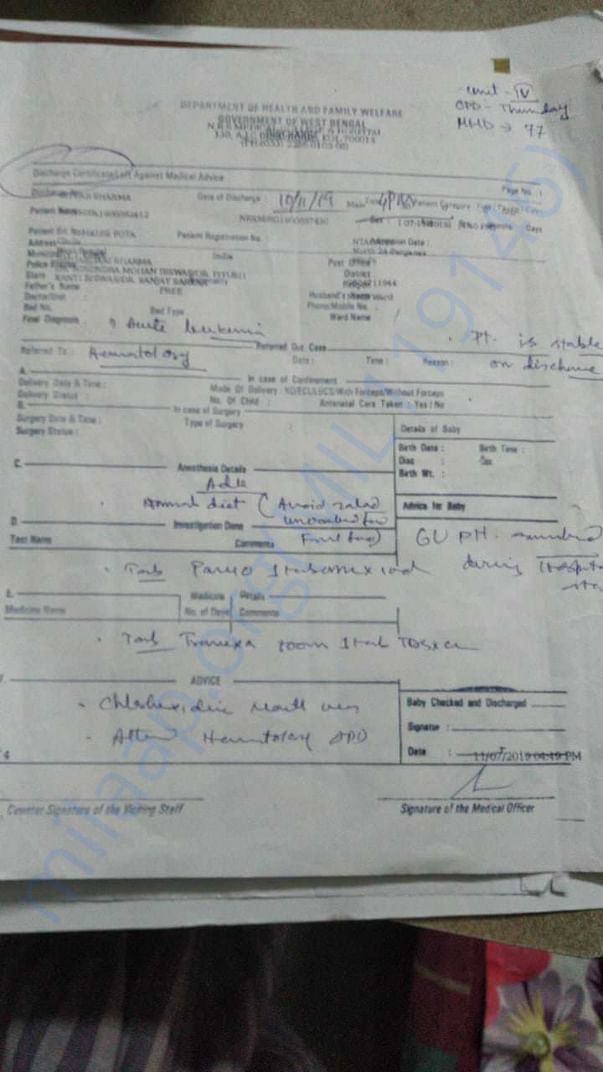 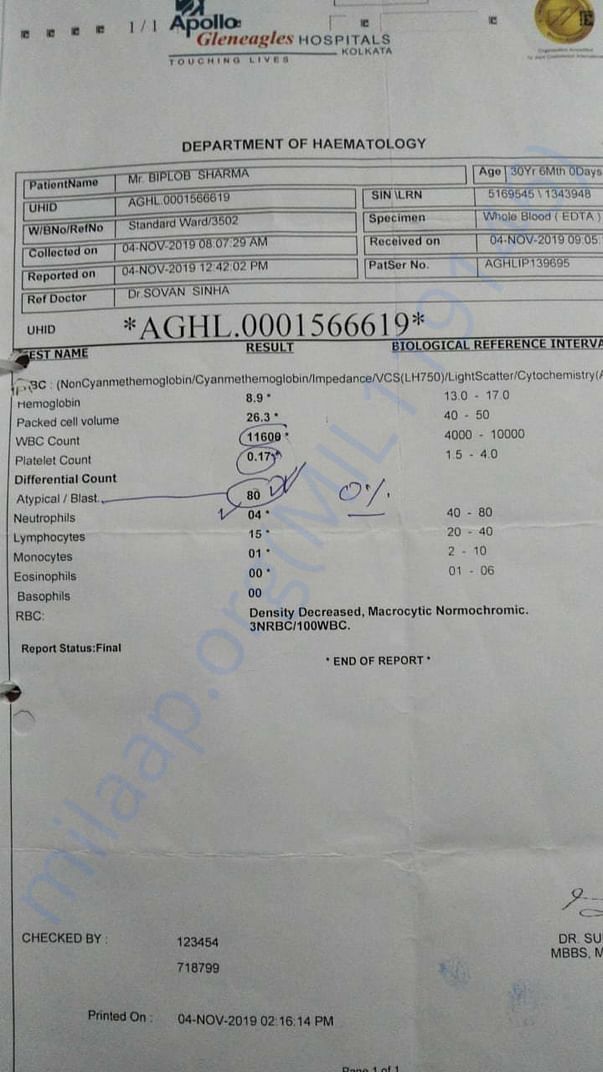 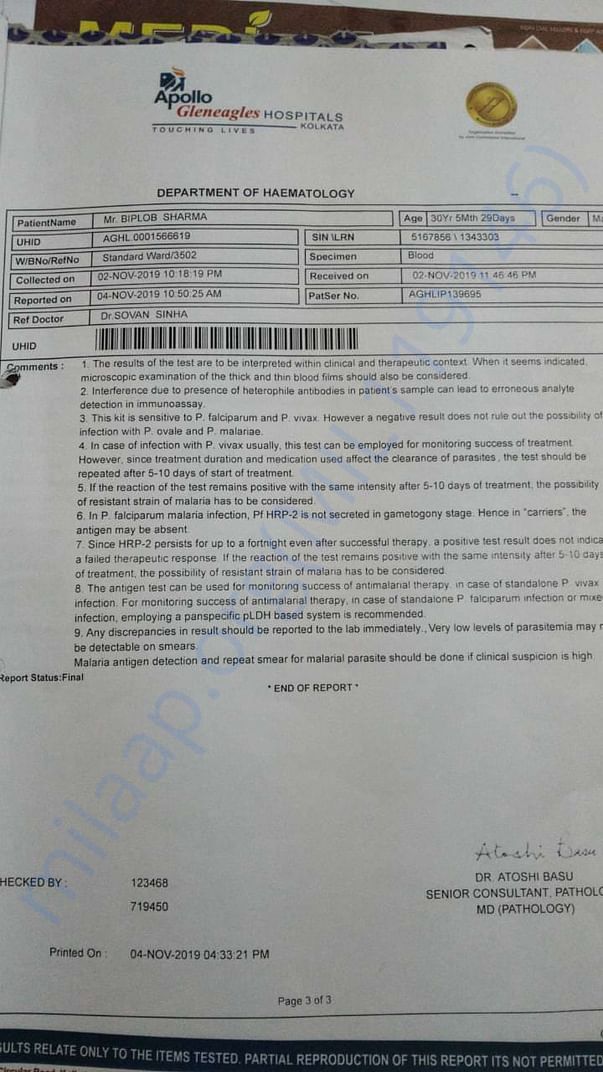 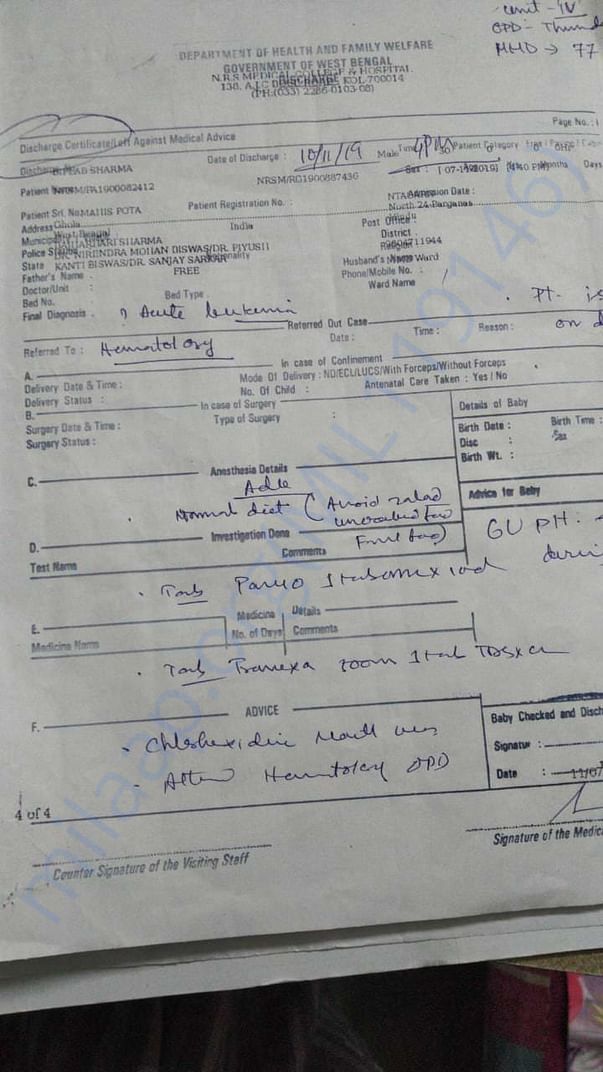 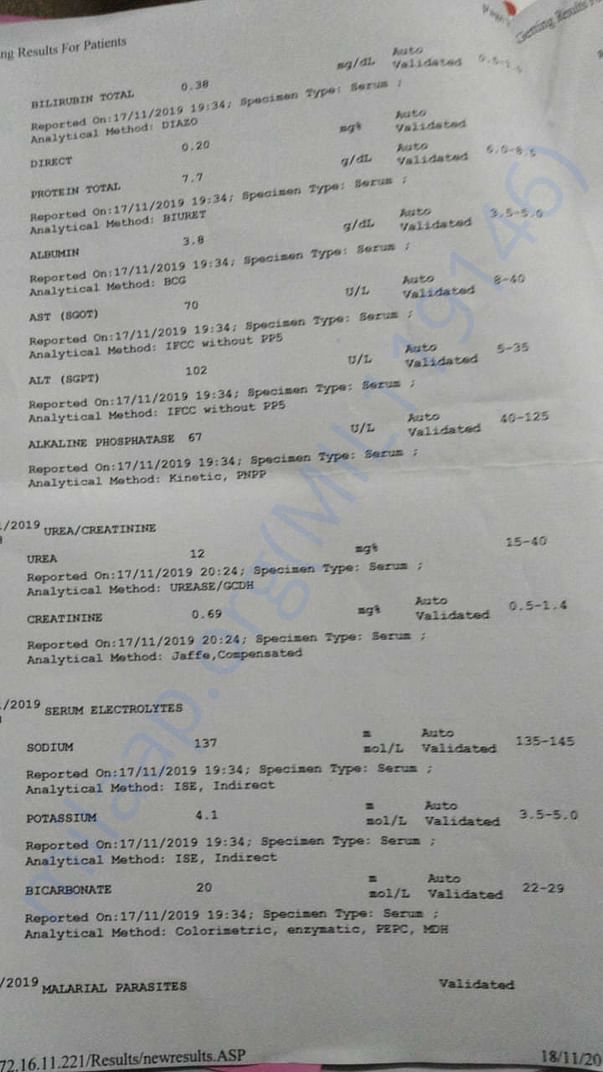 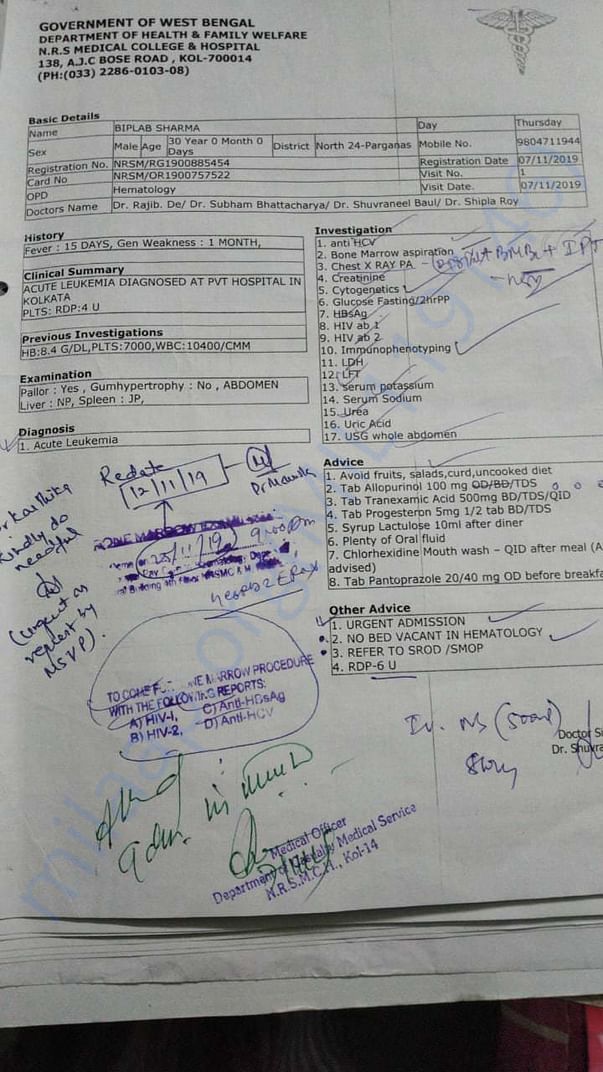 UPI: givetomlpbiplab@yesbankltd (Copy to clipboard)
Or
Click here to read the instructions before you make a bank transfer.

Report fundraiser
See how thousands are crowdfunding for their causes on Milaap
Content Disclaimer: The facts and opinions, expressed in this fundraiser page are those of the campaign organiser or users, and not Milaap.
Rs.48,649 raised

May god bless you healthy life. Get well soon

May god bless you healthy life. Get well soon

AB
You are sending a message to
Agnibha Biswas
Go back 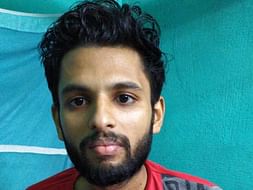