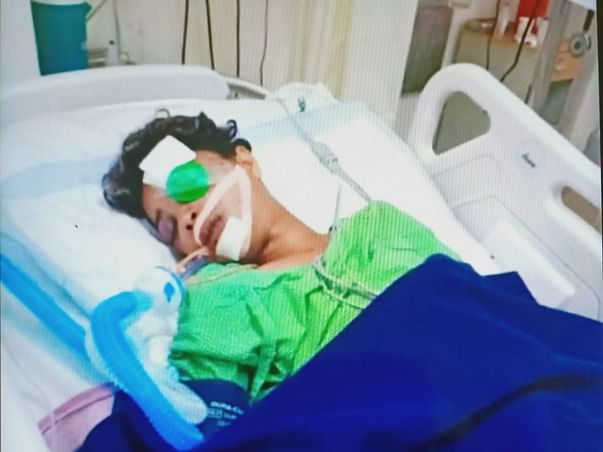 My friend Bhargav met with a terrible accident near Kothapet, Hyderabad on early hours of Sunday at 1.30AM. He was driving his bike back home from his friend’s place. While he was trying to avoid hitting a dog he applied brake very tightly and the bike skid as the road was wet due to rain. Though he was not going very fast, due to the skidding he fell off the bike and hit his skull to the road. He started bleeding and he was rushed to Yashoda Hospital, Malakpet in an unconscious state.

The X-Ray revealed that he broke his skull, and the broken skull pierced into the brain that caused severe bleeding. He was operated on the skull in an emergency and the doctors are waiting for him to stabilize to give him additional treatment. He had badly bruised his face as well and may require plastic surgery.

Bhargav is a photography enthusiast and has been assisting wedding and event photographers in the city for the past 2 years and he is very passionately learning the art, he wants to be a big photographer someday.

His family is a lower-middle-class background and Bhargav’s parents are tailors and their only source of income is from their tailoring shop. Bhargav has an elder sister who is married. This sudden change of events has pushed them into a shock. The treatment has cost Rs. 5,00,000 so far and the family however arranged it by taking loans and mortgaging their belongings. They are not able to generate any more funds and all sources have dried up. The further cost of treatment is estimated to be close to Rs. 8,00,000, so we have started this crowdfunding campaign.