Help Us End Mob Lynchings In India | Milaap
Milaap will not charge any fee on your donation to this campaign. 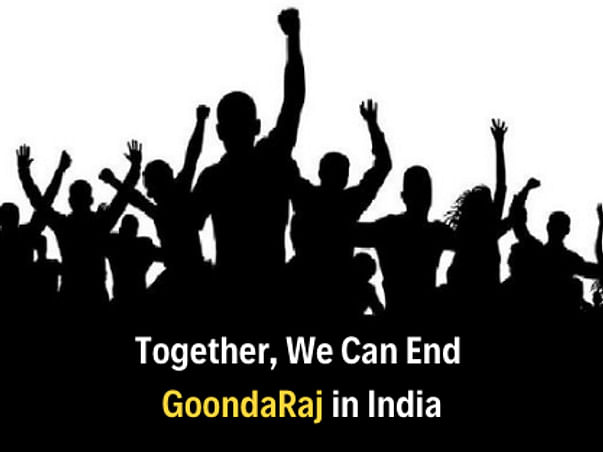 A Single Incident Changed My Life

My name is Insiyah Vahanvaty and I recently had a terrifying experience, where I found myself a victim of GoondaRaj; more specifically, a mob attack.

On the afternoon of 31.10.2018, I was in Delhi's Khan Market with my husband and a visiting friend. We had simply planned to stop by and have a coffee.

At the time, I never could have imagined what a nightmare that day would turn out to be. An argument over parking with a local driver led to him flying into a rage and smashing the front and back windscreen of the car I was driving.

Not satisfied with this, he started shouting out to other local drivers, parking attendants, mechanics etc to join him, and within minutes our car was surrounded by close to 80 aggressive men, who began to violently attack our vehicle with metal rods, cricket wickets and all other kinds of weapons, in an attempt to drag us out and probably kill us.

Panicking, I tried to drive but soon realized that owing to the heavy traffic, we were stuck. When they found they couldn't get us out, they began shaking the car, trying to overturn it, all the while shouting to each other to burn the car with us still inside!

All this, in the middle of the very elite Khan Market, right under the noses of the police, and yet the mob carried on, unhindered for 40 minutes.

Desperately looking for help and trying to escape from these monsters, I have never been so terrified in my life. I didn’t realise the city I had called home for the past three decades housed such brazenly murderous people who were allowed to run wild.

That day changed my perspective in many ways. There are numerous such incidents that take place every day, most of which go unreported and unfiled by the police.

No one really feels safe in this country where people experience no fear in taking the law into their hands. Victims are left feeling helpless, with no place to go, and nobody to talk to.

This new culture of GoondaRaj has given us cities where the common man is constantly fearful, the police force mostly inactive and gangs rule the streets.

I believe we need to work together to change this.
Stand in solidarity with us to fight this menace.

In the next few years, mobocracy and hooliganism are going to expand on a rapid rate in the country. We want to create awareness about this and make people understand the adverse effects of mobocracy.

Here are some cases we identified in just a month - https://www.facebook.com/groups/goondaraj/photos/

Let us join forces to make sure we hold criminals accountable and do not stand for GoondaRaj on our streets.

You are sending a message to
Bharath Varma
Go back 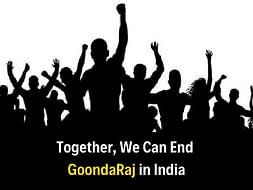