Despite Her Sickness, Mother Fights To Save Her Premature Baby's Life | Milaap
This campaign has stopped and can no longer accept donations.

Despite Her Sickness, Mother Fights To Save Her Premature Baby's Life 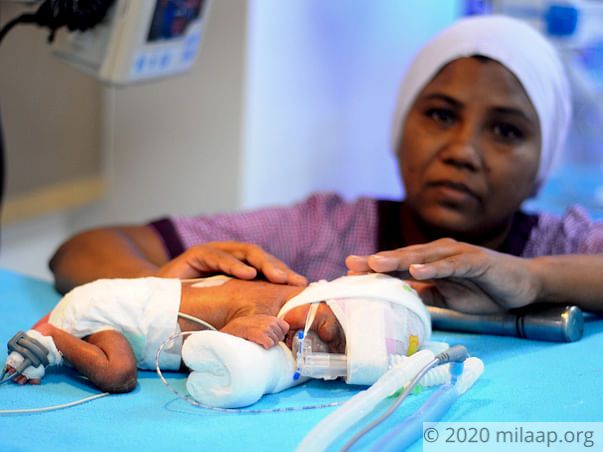 “It started with me feeling unusually dizzy after lunch. I did not think much about it, but when I started having breathing problems, I knew something was very wrong. I called my husband and we went to the hospital. They gave me medicines to control the blood pressure, but I just kept feeling worse. Finally, after looking at the scans the doctors told me that they had to take my baby out before he succumbs to an infection in my uterus.”-Varsha, mother of the newborn baby boy.

Varsha and Shashikant Bansode were thrilled to tell their 3-year-old daughter Trisha that she was going to have a baby sister or brother soon. Though they had moderate means, they did not spare any expenses in preparing for their newest little angel’s arrival by buying socks and mittens and toys very early in the pregnancy itself. Trisha had already started addressing herself as ‘Didi’ and always kissed her mother’s belly with fondness. But one day, at 7 months of pregnancy, joy turned into despair as Varsha suddenly developed complications due to a sudden and unprecedented rise in her blood pressure.

Varsha gave birth to a baby boy at just 29 weeks of pregnancy on October 2nd via emergency C-section. He was immediately transferred to the neonatal ICU (NICU) at birth as he was not equipped to breathe on his own yet. The tiny tot weighed just 1.28, and had to be fed special formula in the beginning as his system was too sensitive to digest even mother’s milk. In addition to these problems, the baby was born with jaundice and needed specialised care. He is still critical and needs 5 to 6 weeks more in the NICU to survive.

“I have been battling high blood pressure for weeks now, and I know that I need to rest and take my medicines properly, but all I can think about is what my son is going through. I haven’t even able to see his face yet as more than half of it is covered by tubes. All I can do is pat his back gently to let him know that he is not alone and that his mother will never give up on him.”-Varsha

Despite her health problems, Varsha is only worried about saving her baby boy

Varsha’s high blood pressure coupled with stress is making her health worsen day by day, but all she wants is to take her baby boy home. She has not yet fully recovered from her high-risk C-section either, but she makes sure to pump enough breastmilk for her baby every day and bring it to the hospital every morning. She spends time with her baby till evening, before kissing him goodbye and promising to come the next day.

“Trisha keeps asking me about her baby brother (whom she has not even met yet), but I give her all sorts of excuses. How can I tell him that they do not have enough money for his prolonged stay at the hospital – the only way that he could be better?”-Varsha, tearfully

Varsha and Shashikant with Trisha, an old photo

Shashikant had to borrow to pay for his baby’s treatment till now, has nothing left anymore

Shahsikant works in a small travel agency in Mumbai, and earns Rs 10,000 a month. Being the sole breadwinner of his family, he used to struggle to manage household expenses along with his family’s other needs. When Varsha was admitted for the emergency C-section, he was forced to beg his friends and family to help him as he did not have enough money with him. As days passed, expenses increased, and his pockets kept getting emptied. The bed charges for his son amount to more than Rs 15,000 a day, excluding medicines. He cannot keep up with these expenses but wants to save his son at any cost.

“I have not even held my son – I can only see him through the glass, standing meters away. I keep asking doctors and nurses regarding his everyday progress, but I fear that I may have to stop his treatment due to lack of money. I cannot eat or sleep, my wife’s sad face also haunts me.”-Shashikant.

Baby of Varsha is a premature baby boy who is struggling to breathe and fight premature-birth related complications. The little fighter has held on strong and is making quick progress, but his parents do not have the means to continue his treatment. 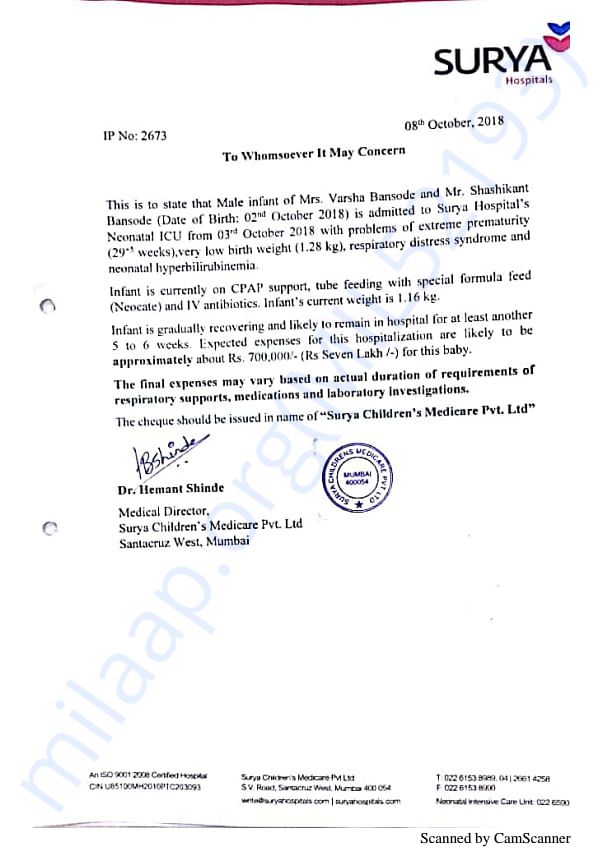 My baby is doing fine now. We will be taking him for a follow up this week. He is continuing his medication as well. He is sleeps comfortably now.

Thank you all for blessing my son with so much love.

He was discharged earlier this week and we have brought him home now. He is receiving medication as prescribed. The doctors says that he might have problem in drinking milk and he might vomit. If this happens, then we will have to take him to the hospital.

He needs a hernia operation and that should take place within six months.

NJ
You are sending a message to
Neeraj Jayaswal
Go back 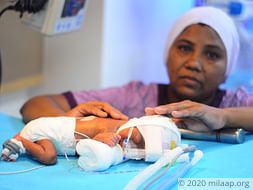 Despite Her Sickness, Mother Fights To Save Her Premature Baby's Life